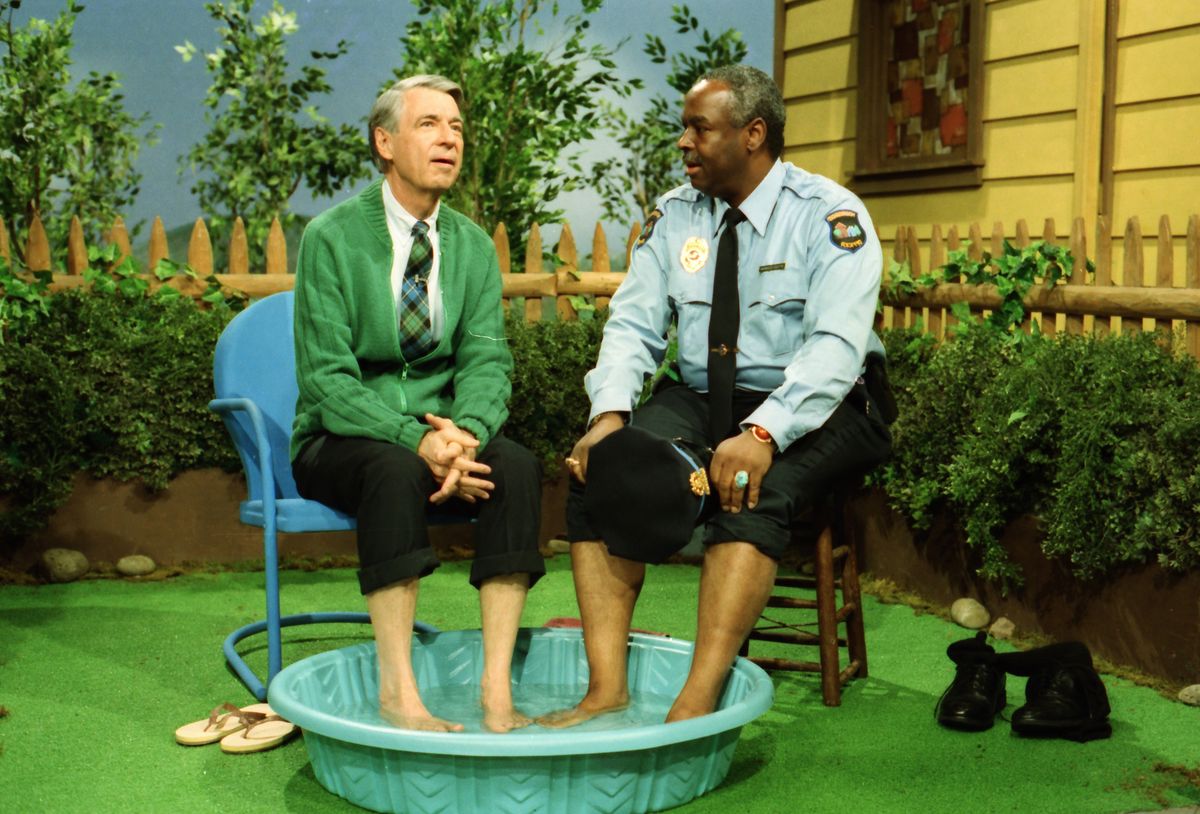 Though segregation was no longer the law of the land in America by the end of the 1960s, Black citizens were still not embraced as equal participants in public life. This status was reflected at many community pools across the country, with white people preventing Black people from sharing the water with them. It was in this atmosphere that Fred Rogers performed a simple but meaningful act in episode 1065 of Mister Rogers' Neighborhood, which aired on May 9, 1969. Rogers invited Officer Clemmons, a Black police officer on the show, to join him and cool his feet in a small plastic wading pool. When Clemmons sat down and placed his feet in the water, right next to Rogers', the two men broke a well-known color barrier.

Despite the Civil Rights Act of 1964, pools around the country were still segregated

In the 20th century, many communities in the United States created pools for children and adults to swim and splash in. However, few of these spaces welcomed Black people. Many white people balked at the thought of unsegregated pools because they harbored the racist belief that African Americans were more likely to transmit disease. Pool-goers were also separated by color due to bigoted fears about the need to protect the virtue of white women from predatory Black men.

Segregation was the law throughout the South. And though northern locales often didn't have Jim Crow statutes on the books, discriminatory behavior took place there as well. Segregation at pools was sometimes enforced by intimidation and violence, such as beating any Black swimmers who tried to go in the water.

Like buses and lunch counters, pools became a place of protest during the fight for civil rights. In 1964, a group of Black and white people jumped into a segregated pool at a motel in St. Augustine, Florida. This enraged the manager that he poured acid in the water (fortunately, the acid was diluted in the pool water and no one was injured).

The Civil Rights Act of 1964 put an end to the sanctioned separation of different races in public areas. But many white people opposed desegregation, including at pools. In 1969, pools around the country were still shutting out Black people.

Rogers knew that pools continued to refuse entry to Black people in 1969 and that racial tensions were rising — Martin Luther King Jr. had been assassinated a year earlier. So he sent a deliberate message on the May 9, 1969, episode of Mister Rogers' Neighborhood. During the show, Rogers asked Officer Clemmons, a Black police officer played by François Clemmons, if he'd like to cool his feet with Rogers in a children's wading pool. Clemmons initially declined the invitation, noting he didn't have a towel — but Rogers said Clemmons could share his.

The actions in episode 1065 weren't complex: two men took off their shoes and socks, rolled up their pants and then swished their feet together in a shallow pool on a hot day. But Rogers and Clemmons demonstrated that a Black man and a white one could peacefully share the water. When Clemmons had to go, he used Rogers' towel to dry his feet, as promised. Rogers left the pool directly after Clemmons and proceeded to use the same towel. Their casual intimacy exposed the bigotry of denying Black citizens access to pools, or any other place in society. 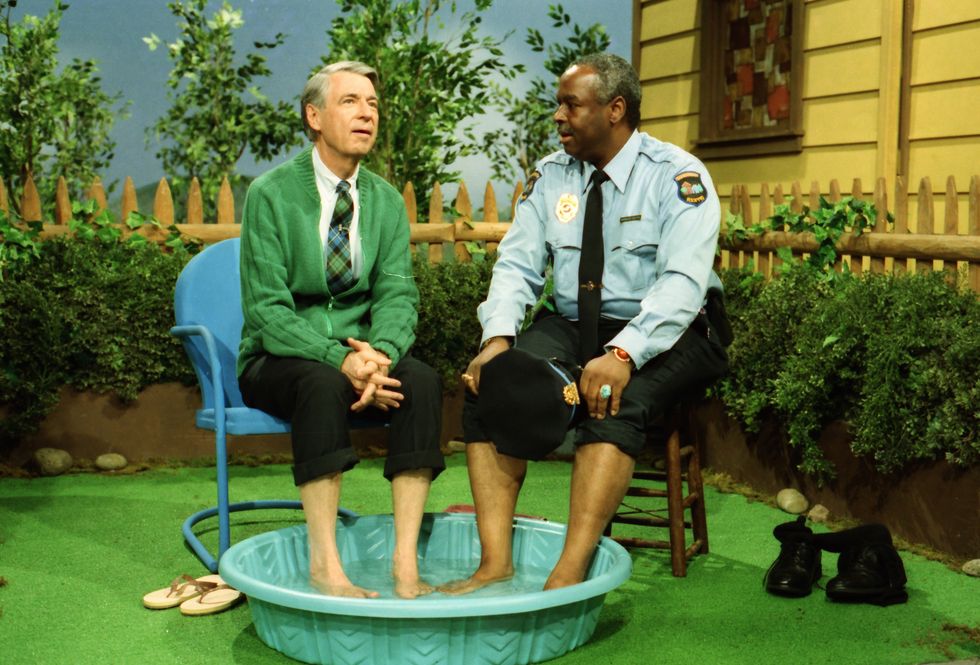 Mister Rogers and Officer Clemmons cooling off their feet in a wading pool.
Photo: John Beale/Courtesy of Focus Features

Clemmons hoped 'the world would change' after the episode

An episode of Mister Rogers' Neighborhood couldn't possibly erase the long history of discrimination in pools and elsewhere. But Rogers' actions were a step along the path toward Black and white people being free to splash, swim and live together. As Clemmons said to the Pittsburgh City Paper in 2018, "I carried the hope inside of me that, one day, the world would change. And I do feel that the world still has not totally changed, but it is changing. We're getting there."

Rogers' own life demonstrates how attitudes can shift. In the 1960s and '70s he asked the gay Clemmons to keep his sexuality hidden for the sake of the show; Clemmons, understanding how widely homosexuality was condemned at the time, obeyed. However, Rogers personally came to accept Clemmons.

Both Clemmons and Rogers understood the importance of their pool scene. In 2018, Clemmons told a Vermont news website, "It was a definite call to social action on Fred's part. That was his way of speaking about race relations in America." The interaction remains emblematic of the messages of love, kindness, and acceptance that Rogers was trying to share with his show's viewers.

In 1993, when Clemmons made a last appearance on the show, he and Rogers recreated the pool scene, during which Clemmons sang "Many Ways to Say I Love You." But this time Clemmons didn't just use Rogers' towel — Rogers took the towel and dried Clemmons' feet himself. Clemmons, who saw a connection to Jesus washing his disciples' feet, found the act very moving. As he later said, "I am a Black gay man and Fred washed my feet." 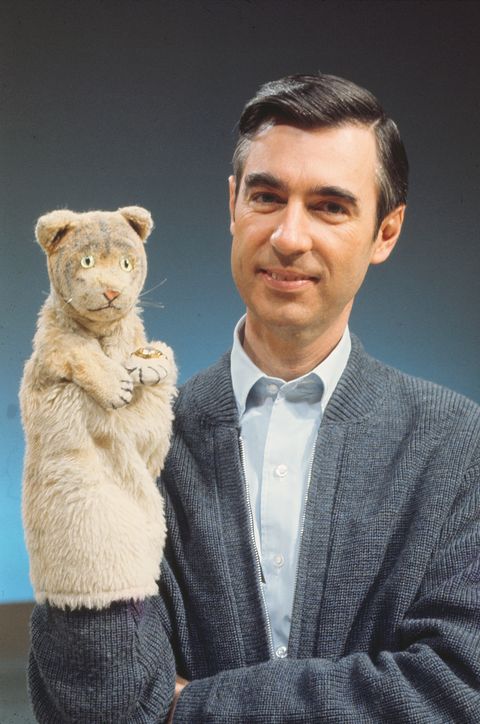