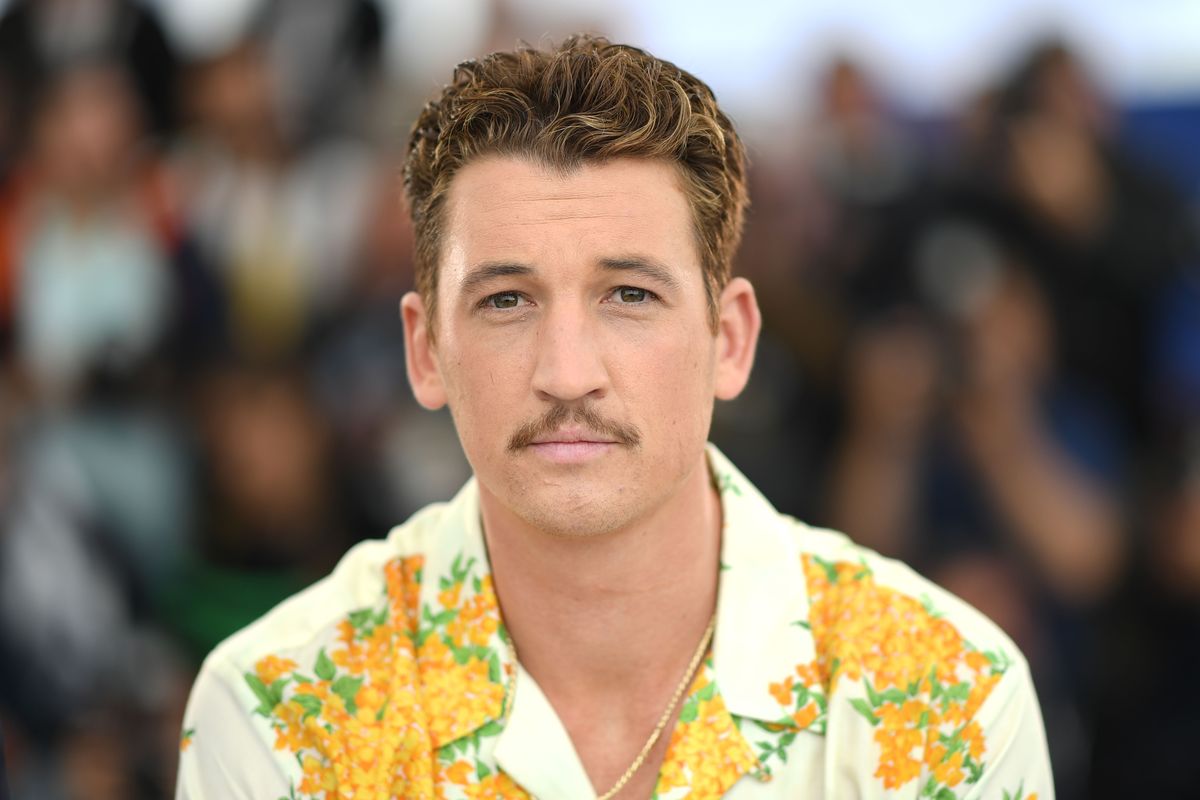 Who Is Miles Teller?

Born in Pennsylvania, Miles Teller developed a passion for acting as a high school student in Florida. After surviving a life-threatening car accident that left his face scarred, he emerged as an actor to watch with acclaimed performances in Rabbit Hole (2010), The Spectacular Now (2013) and Whiplash (2014). Big-budget fare like Divergent (2014) and Fantastic Four (2015) proved a mixed bag for Teller, but he showcased his versatility with lead roles in War Dogs (2016), Bleed for This (2016) and Thank You for Your Service (2017), before cementing his status as a big-screen star with Top Gun: Maverick (2022).

How Old Is Miles Teller?

Miles Alexander Teller was born on February 20, 1987, in Downingtown, Pennsylvania.

The third child of Mike Teller, a nuclear power plant engineer, and Merry Flowers, a real estate agent, Miles Teller also lived in Georgia, Delaware and New Jersey before he, his parents and two sisters settled in Citrus County, Florida, in the late 1990s.

Teller enjoyed playing baseball year-round in Florida and taught himself guitar and drums. But his passion for acting didn't surface until his sophomore year at Lecanto High School. Initially drawn in by the "hot" drama teacher, the popular teenager found himself thriving under her tutelage. He eventually became president of the school drama club, his successful senior year capped by excellent grades and a stint as homecoming king.

Teller continued studying his craft at the Lee Strasberg Theatre & Film Institute, under the auspices of NYU's Tisch School of the Arts, until earning his degree in 2009.

In 2007, Teller and two friends were speeding home from a music festival when their car skidded, jumped three lanes on the highway and flipped eight times. Thrown more than 30 feet from the vehicle, Teller needed 20 staples to fix his shoulder and underwent several months of painful laser surgeries to smooth over the gashes on his face and neck. However, several scars — along with a couple of rock fragments — remain embedded as a reminder of his life-threatening accident.

Teller garnered positive attention for what became his feature film debut in Rabbit Hole as a teen who runs over the child of Nicole Kidman and Aaron Eckhart's characters. From there, it was on to lighter fare as Willard in the 2011 remake of Footloose, earning a thumbs-up from The New York Times for his "natural charisma that is both comic and kind of sexy."

While the young actor filled his resume with parts in casual flicks like 21 & Over (2013) and That Awkward Moment (2014), he also drew praise for his troubled high school senior Sutter Keely in the coming-of-age film The Spectacular Now. That paved the way for his most acclaimed role to date as driven jazz drummer Andrew Neiman in Damien Chazelle's Whiplash. Showcasing his drumming skills on screen, Teller garnered several award nominations and helped co-star J.K. Simmons claim a best actor Oscar for his performance as merciless teacher Terence Fletcher.

'The Divergent Series' and 'Fantastic Four'

Teller's notable rise continued with the part of Peter Hayes in the dystopian blockbuster Divergent, alongside his Spectacular Now co-star Shailene Woodley. The logistics of shooting a big-budget feature was challenging for the theater-trained actor, who later had to defend comments that he'd accepted the role for "business reasons," though he returned for the next two installments of the franchise.

Another would-be blockbuster, Fantastic Four, proved even more disastrous; plagued by countless script rewrites, and the clashing visions of director Josh Trank and 20th-Century Fox, the superhero feature was both a critical and commercial disappointment. Regardless, Teller insisted he was proud of the effort he gave and said he would consider reprising the role of Mr. Fantastic for a sequel.

Teller bounced back with a strong showing alongside Jonah Hill in War Dogs, a dramatization of the true-life story of two young men who became major arms dealers for the American government. He then claimed the solo spotlight in Bleed for This, a film that required he get into peak physical condition–and withstand his share of errant punches to the face–to portray boxing champion Vinny Pazienza.

'Only the Brave,' 'Thank You for Your Service'

Continuing with the physically demanding roles, Teller underwent more intensive training for Only the Brave, about the elite unit of firefighters who took on Arizona's deadly Yarnell Hill wildfire in 2013. He then starred in Thank You for Your Service as Iraqi veteran Adam Schumann, whose struggles with PTSD first came to light in a 2013 book by journalist David Finkel. An accurate portrayal was important for Teller, who counts relatives and friends as servicemen, and his performance ultimately was praised by Schumann himself.

Following an early career appearance in an episode of The Unusuals (2009), Teller returned to the small screen in 2019 as Detective Martin Jones in Amazon's deliberately paced but visually engaging Too Old to Die Young. Three years later, he headlined the Paramount+ series The Offer (2022) as Albert S. Ruddy, the film producer who braved Mafia threats to help turn Mario Puzo's novel The Godfather into a celebrated feature film in 1972.

Born two years after Tom Cruise became a global superstar in Top Gun (1985), Teller landed the coveted role of Bradley "Rooster" Bradshaw, son of the first film's "Goose" Bradshaw, in the long-awaited sequel, Top Gun: Maverick. Teller again plunged himself into preparation, the intensive flight training leaving him with jet fuel in his blood. But the effort ultimately proved worthwhile after the blockbuster weathered numerous Covid-related delays to blow past $1 billion at the global box office in 2022.

The actor then co-starred in Spiderhead (2022) as Jeff, a prisoner who agrees to partake in drug experiments conducted by Chris Hemsworth's seemingly sympathetic head scientist. While the film failed to make the same commercial impact as Top Gun: Maverick, it nevertheless provided more expansive emotional terrain for Teller to explore.

Who Is Miles Teller's Wife?

Teller began dating model Keleigh Sperry after the two met at a party for the Black Keys in 2013. Four years later, he proposed by way of a rose and a note tied to a tree while they were on a safari in South Africa, and they were married in Hawaii in September 2019.

Sperry was with Teller when he drew attention for helping a pregnant woman out of shark-infested waters in 2015. The couple also appeared in Taylor Swift's 2021 video for "I Bet You Think About Me," which features the songstress as an ex-girlfriend of the heartthrob actor.

The Long Drink and Personal Interests

Teller is an investor and pitchman for the Long Drink, a gin-based concoction based on a popular Finnish beverage. He first discovered the drink at a liquor store in New York City and shortly afterward accepted an offer to be a public face for the company. "I've been presented a lot of different things in the past—which I almost unanimously turn down because it can feel like a cash grab or product-wise isn't the right fit," he wrote in Fortune. "But this checked all the boxes for me."

Teller counts Philip Seymour Hoffman and Sean Penn among the actors who strongly influenced his style. He roots for Philadelphia-area professional sports teams like the NFL's Eagles and has often professed his love for the Grateful Dead’s music.