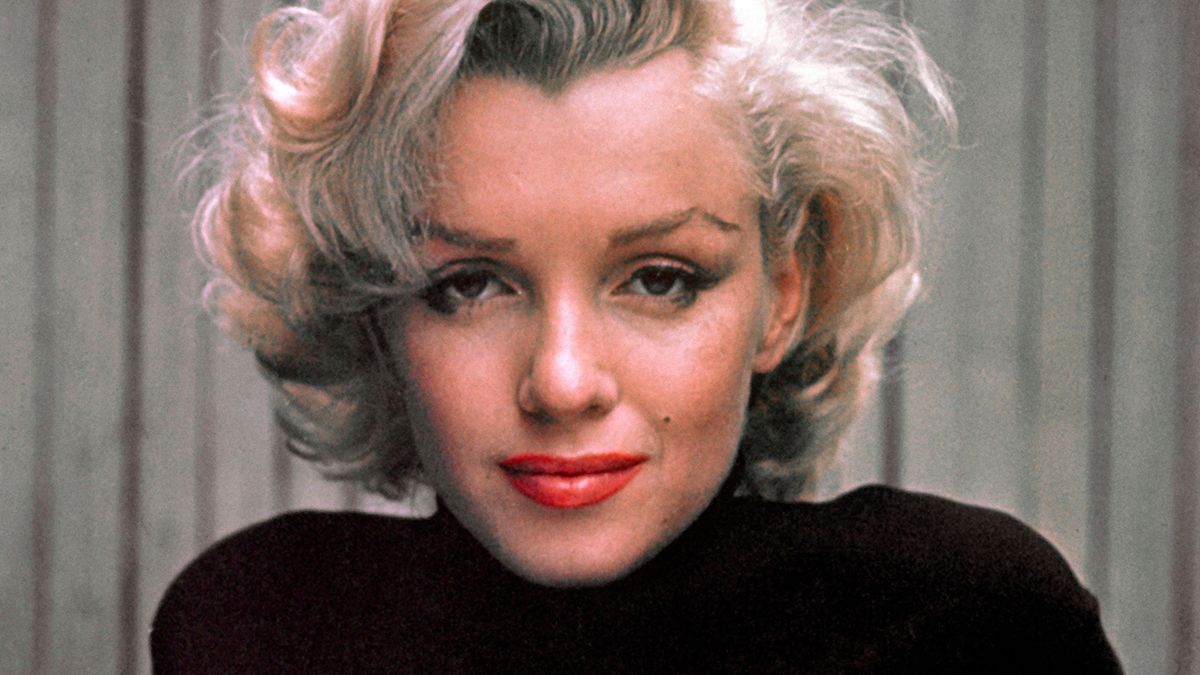 Marilyn Monroe was born on June 1, 1926, as Norma Jeane Mortenson (also known as Norma Jeane Baker). At age 20, with a blossoming career in modeling beginning to take off, she adopted her mother’s maiden name and assumed her stage name of Marilyn Monroe. Overcoming a tragic childhood and an early marriage at age 16, she went on to become one of the most well-known and in-demand actresses of the 1950s.

Growing up largely in foster homes as her mother battled mental illness, Marilyn probably didn’t know much about the Monroes. Her maternal grandfather had died when her mother, Gladys Pearl Monroe, was just 7 and her grandmother died when Marilyn was just 1 year old. Who were the Monroes? What was their family story? The trail of records we found on Ancestry and on other websites take us back to Mexico, to the Civil War, and early Indiana pioneers.

Her mother was born in Mexico 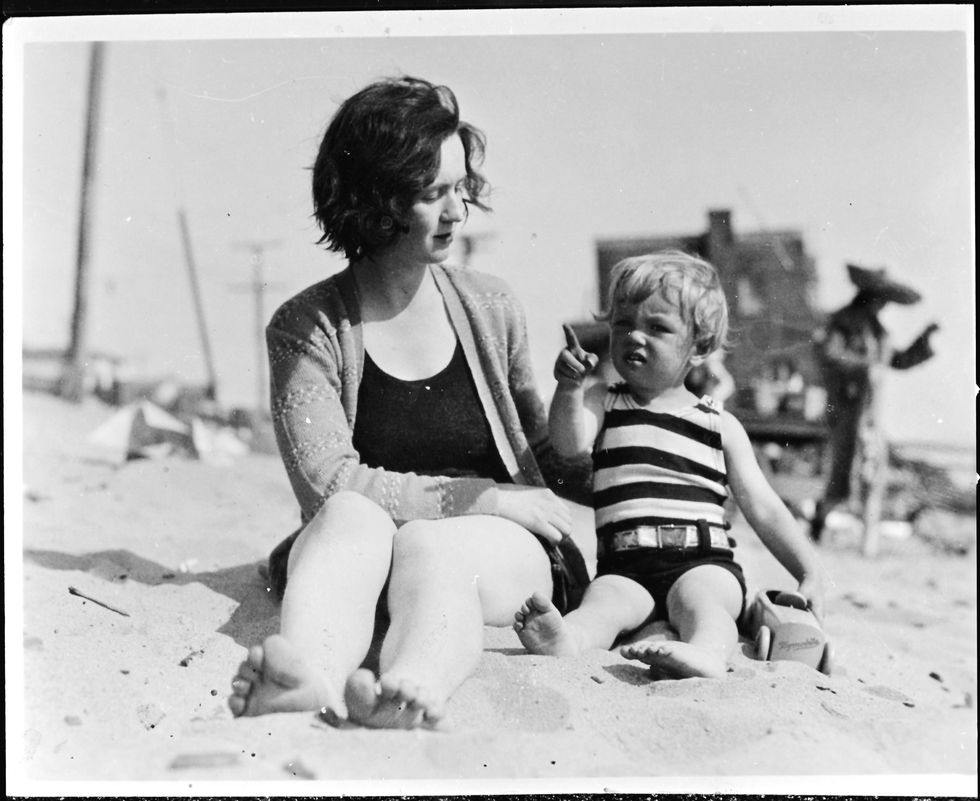 Norma Jeane Baker around the age of 3, with her mother, Gladys.
Getty Images

Gladys was born in Piedras Negras (at that time called Porfirio Diaz), Coahuila, Mexico, to Otis and Della Monroe. Otis worked for a railroad in that town, which was located just across the border from Eagle Pass, Texas. Her civil birth registration on Ancestry tells us that Otis was a painter from Indianapolis, Indiana, and Della was from Bentonville, Arkansas. One of the great things about Mexican civil birth registrations is that they can also name grandparents, giving us information on three generations of the family. Otis’ parents are named as Jacob and Mary Monroe and Della’s are Filford and Jene Hogan.

Her family eventually moved to California

The Monroe family didn’t stay in Mexico very long after Gladys’ birth. By 1903, they began appearing in Los Angeles, California, city directories. Otis worked as a painter for the Pacific Electric Railway Co., an occupation he followed until his death in 1909.

Otis had taken up his trade before he married and moved to Mexico. In 1885, Otis and his mother, Mary, lived in Cherryvale, Montgomery Co., Kansas, where Otis worked as a painter, likely for one of the railroads that crisscrossed the town at that time.

Like his daughter Gladys, Otis had lost his own father when he was young, and in 1873 his mother remarried to James H. Stewart. By 1880, Otis and his younger brother were living with his mother and stepfather in Neosho County, Kansas, on a farm.

Going back a little further in time, we find Otis at age 5 living with Mary and his biological father, Jacob Monroe, in the 4th Ward of Indianapolis. Jacob was a farmer and everyone in the household, including Otis, was born in Indiana.

She had a family member who was a Civil War veteran

Jacob died soon after that census, at around age 40. While we don’t know what took Jacob’s life at such a young age, we do know that he was a veteran of the Civil War. In July of 1862, Jacob enlisted in the 70th Indiana Regiment, which was mustered in at Indianapolis and led by future U.S. president Colonel Benjamin Harrison. A web database from the Indiana State Archives, which can be searched on Ancestry, reveals that Jacob was injured on May 15, 1864. Research on the 70th Indiana Regiment reveals that on that date they were involved in the Battle of Resaca, which was part of William Sherman’s Atlanta Campaign. Col. Harrison’s report from the field on the engagement can be found in the The war of the rebellion: a compilation of the official records of the Union and Confederate armies, which is available on the Making of America website.

In the report, Harrison describes how his regiment successfully charged a Confederate artillery battery under heavy enemy fire. "I would respectfully call your attention to the following points: First, my regiments entered the enemy's works in advance of all others, and my colors, though not planted, were the first to enter the fort; second, the enemy's lines were not penetrated at any point other than that where we entered, although assaulted by other troops on the left; third, my regiment, being in advance and having to bear the brunt of the assault, accomplished all that could have been required of them in entering the works and driving the enemy out." The casualty list that he attached to his report noted that 29 men were killed in the battle, and 4 officers and 140 men were wounded – among them Jacob Monroe.

Matthew Brady Collection on Fold3 shows the earthworks and the Resaca battlefield." tml-render-layout="inline">

A deeper look into Jacob’s life reveals a difficult start for him as well. Jacob’s birth date from census and other records is estimated as 1831, and in October of that same year we also found his father’s will being probated in a Marion County, Indiana, court after he died on September 13. William Monroe’s will had been written just the day before and while we don’t know what caused his death, it appears that he also died at a relatively young age. He left behind his wife, Mary, and six children (all minors) – Sarah, Harriett, George, Louisa,

The Monroes were pioneers in Indiana

It appears that the Monroes arrived in Marion County just before William’s death. The estate settlement mentions property in Switzerland County, Indiana, where we find a William Monroe household that is very close in structure to this one in the 1830 census. Both Switzerland County and Marion County had populations of just over 7,000 people in 1830. When the capital of the state was moved to Indianapolis in 1824, there were only about 100 families in the settlement. The Monroes were pioneers in Indiana, and subsequent generations would take them further westward and south to Kansas, Mexico, and eventually California. That westward journey is the same one millions took, chasing the American Dream. And from what we’ve gathered, it appears that Marilyn’s Monroe grandfather, great-grandfather, and great-great-grandfather all share something in common with her. They all died too young.

Juliana Szucs has been working at Ancestry for 18 years. She is a regular blogger on the Ancestry blog and is a Social Community Manager and staff genealogist on the Research Team. Juliana has written many articles for online and print genealogical publications and wrote the "Computers and Technology" chapter of The Source: A Guidebook of American Genealogy. Juliana holds a certificate from Boston University's Online Genealogical Research Program, and is currently on the clock working towards certification from the Board for Certification of Genealogists. You can follow her @JulianaMSzucs on Twitter.