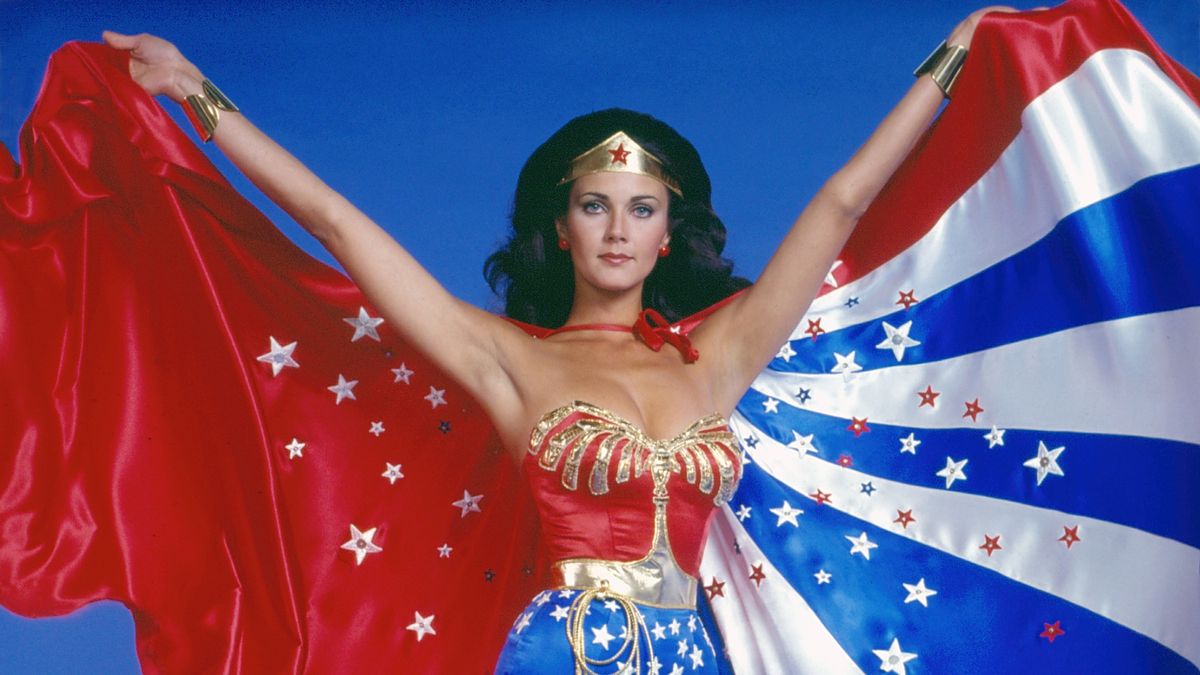 In the role of television’s Diana Prince/Wonder Woman, Lynda Carter had the strength, resilience and intelligence to fight crime and put the troubles of the world to rest. As an in-demand actress and singer in the 1980s, Carter used those same qualities to make the real-life decision to turn her back on the Hollywood lifestyle in favor of a family-based, politically-invested life in Washington, D.C.

Carter began her career as a singer and a model

Carter starred in Wonder Woman from 1976 to 1979 and will be forever linked to the comic book character due to her human portrayal of the crime fighter, both in spangled stars and stripes and as the undercover Prince. “People forget that I spent most of the time on television playing an alter ego,” Carter told The San Diego-Union Tribune in 2009. “That’s how I allowed people to really understand her.”

The youngest of four siblings raised in Arizona, Carter studied performing and by her mid-teens was fronting bands as lead vocalist. Although she qualified for an academic scholarship to attend Arizona State University, Carter opted for a life on the road, touring and performing in venues from the Catskills to Las Vegas.

“My husband once asked my mother, ‘Why on earth would you let your 17-year-old daughter go on tour with a bunch of musicians?’” Carter recalled in a 2018 New York Times interview. “My mother said, ‘Excuse me, have you ever tried to talk Lynda out of doing something she made up her mind to do?’”

An early realization that the touring life would not be a good long-term fit saw Carter head home to regroup and she soon began modeling. Participating in beauty pageants brought the titles of Miss Arizona and then Miss World U.S.A., but such contests based on female objectification and competitiveness didn’t appeal to Carter — then or now — and she returned to her first love: singing. But the pageant titles helped land acting auditions and in 1975 she burst onto television screens as Wonder Woman, and with the role came fame on a global level. 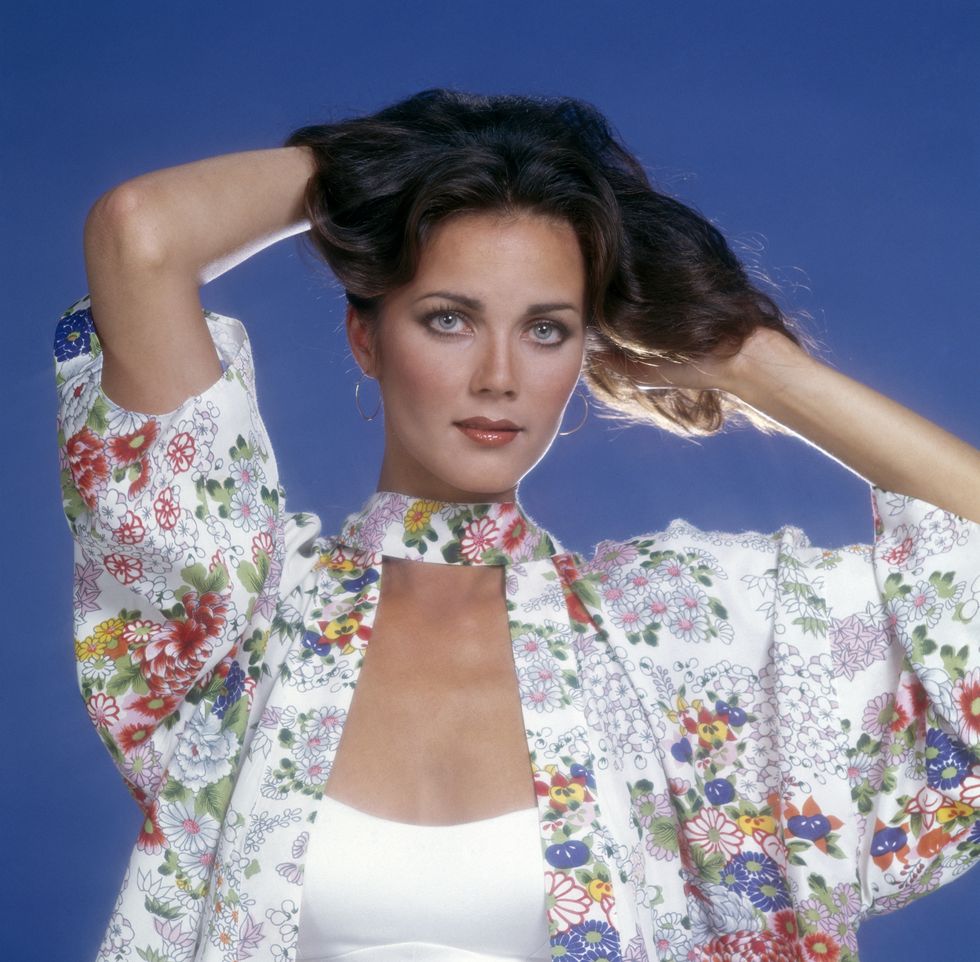 In Hollywood, Carter said she "didn't have a lot of substance" in her life

During the show’s three-season run Carter married Hollywood producer and manager Ron Samuels in 1977. Carter has referred to the time as “an unfortunate chapter” in her life and the couple divorced in 1982, the same year she met attorney Robert Altman at an event dinner for Maybelline cosmetics for which she was a spokesperson. “When you hear lawyer, you think, how dull,” Carter once told the Washington Post of Altman. “But Robert is a very successful lawyer who loves rock and roll.”

Coming off the success of Wonder Woman, Carter was an in-demand performer, fronting variety television specials, guest-starring and doing promotional work. Her relationship with Altman deepened and the couple wed in 1984. With Carter working from Los Angeles and Washington-insider Altman from D.C., the decision of where to call home presented itself. For Carter, the answer came easily.

“I had a large body of work already,” Carter recalled to People. “I spent a lot of time on movie sets – and that is being said in a way right now that I’m grateful for it – but I didn’t have a lot of substance in my life.”

Leaving the Hollywood life behind, the couple decamped and headed east. In 1987, Carter and Altman built an 18,000 sq. foot home in Potomac, Maryland, just outside D.C., and it was there they raised their children, son James (b. 1988) and daughter Jessica (b. 1990), with Carter finding fulfillment in her new life as a mom as well as a fundraiser and advocate for causes important to her such as Pro-Choice rights for women, equality for the LGBTQ population and Susan G. Komen for the Cure.

“It’s always the people in your life – the friends and family that you choose to spend time with,” Carter explained to People. “It is every step you take that is the more difficult step in taking care of your children. The easy way often ends up being the hardest.”

As her children grew, she stepped back from performing, occasionally making guest appearances on television and in films. Choosing a life in Maryland over Los Angeles was the right decision, Carter assured.

“I think that the intellectual pursuits in our family were much more the focus of our lives,” Carter told People. “It was never the stuff or the gimmies or the presents; it’s the accomplishments and the sense of accomplishments in our lives.”

Both James and Jessica followed in their father’s career footsteps, attending and graduating law school before accepting positions in respected firms. But performing is also a passion for Jessica who often joins her mother at the microphone to belt out a tune.

When life as an empty-nester loomed in 2005, Carter returned to singing, making her London West End debut in Chicago. Four studio albums followed from 2009 to 2018, with Carter regularly touring and performing to sold-out crowds. Further television success arrived with guest appearances in Law & Order (2005), Smallville (2007), Two and Half Men (2013) and an ongoing role as President of the United States in Supergirl (2016). In 2018, Carter received a star on the Hollywood Walk of Fame.

Carter has relished the life she has lived away from the glitz and lights of Hollywood but acknowledges and celebrates the role that allowed her to have the power to make life decisions on her terms. “I hope that I have a body of work by the time I am done with all of this that I am proud of,” she said. “Certainly the cornerstone will always be Wonder Woman and I love her.”