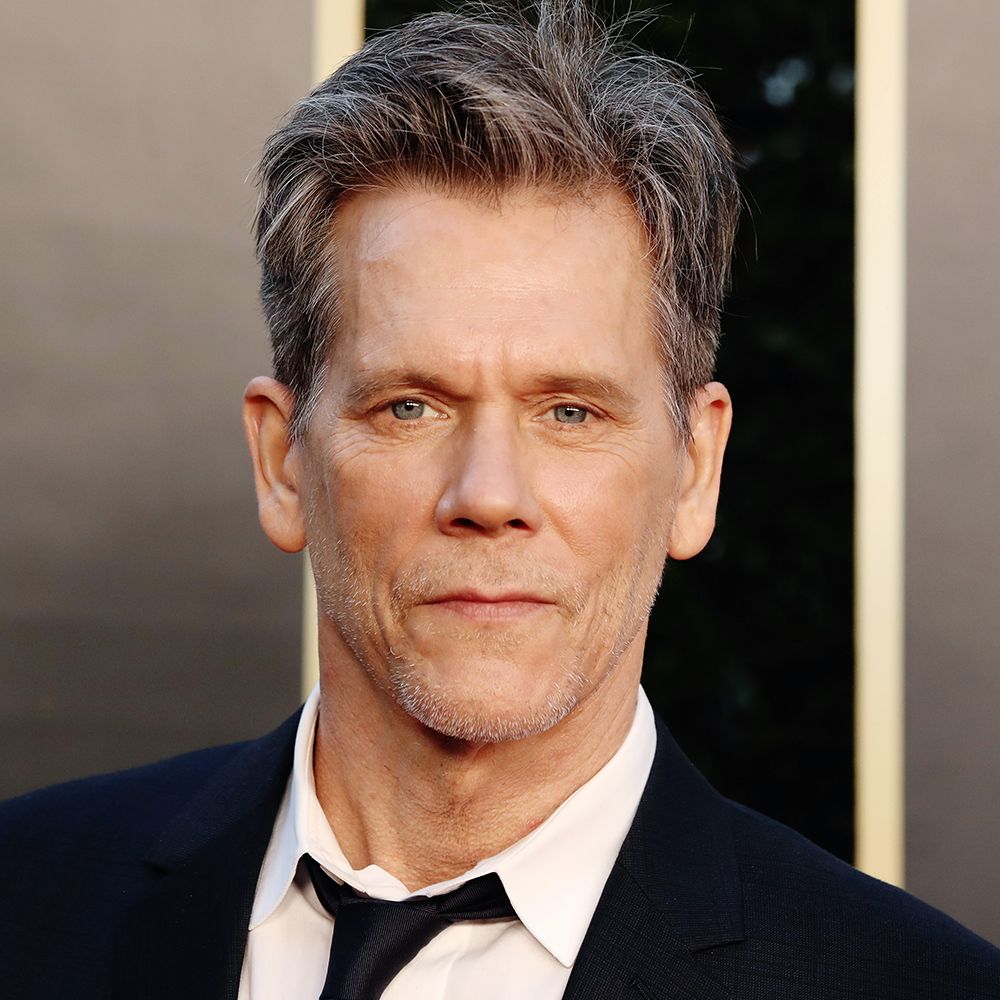 Who Is Kevin Bacon?

Kevin Bacon's film career started with 1978's National Lampoon's Animal House, but it was 1984's Footloose that made him a pop culture icon. He has cranked out endless flicks since, and, in 2013, transitioned into full-time television star with the eerie crime series The Following. Bacon is married to actress Kyra Sedgwick. He's also the inspiration behind the popular pop culture game Six Degrees of Kevin Bacon.

Bacon was born Kevin Norwood Bacon on July 8, 1958, in Philadelphia, Pennsylvania to Urban planner/architect Edmund Bacon and teacher and social activist Ruth Hilda Holmes. He is the youngest of six children. Having the call to acting at a young age, Bacon attended the Pennsylvania Governor's School for the Arts, the Manning Street Actor's Theatre in Philadelphia and the Circle in the Square Theatre School in New York City's Greenwich Village.

Bacon busted into movies as an ROTC cadet and fraternity pledge in the 1978 comedy National Lampoon's Animal House. He went on to roles in the horror classic Friday the 13th (1980) and Diner (1982), along with the soap opera Guiding Light and the stage productions of 40 Deuce — which netted him an OBIE Award — and Broadway's The Slab Boys. Then came a part with which the actor would forever be associated: as rebellious city teen Ren McCormack, who wages war against a small town for banning rock music and dancing, in 1984's Footloose. Bacon will always be remembered for his character's over-the-top dance scenes.

After Footloose came a string of mediocre movies for Bacon, including Quicksilver (1986) and She's Having a Baby (1988). He enjoyed more success with the horror films Tremors and Flatliners in 1990, before playing a gay hustler in Oliver Stone's JFK the following year. Suddenly, the actor found himself in a slew of memorable movies, co-starring with what seemed like everyone in Hollywood: A Few Good Men (1992), with Jack Nicholson and Tom Cruise; a Golden Globe-nominated role in The River Wild (1994), with Meryl Streep; Apollo 13 (1995), with Tom Hanks; and Sleepers (1996), with Sean Penn, Tim Robbins and Robert De Niro.

Following the sexually tinged neo-noir Wild Things (1998), Bacon returned to horror fare by headlining Stir of Echoes (1999) and Hollow Man (2000). He displayed his penchant for playing dark, troubled characters in the critically acclaimed Mystic River (2003) and The Woodsman (2004), the latter also featuring his wife, Sedgwick. Bacon then reteamed with his other half as director of Lover Boy (2005) and went on to a prominent supporting role in Frost/Nixon (2008).

The actor earned strong reviews for portraying a U.S. Marine who returns the remains of a fallen soldier in the 2009 drama Taking Chance, resulting in a Screen Actors Guild Award and the first Golden Globe win of his career. He also impressed as the villainous Sebastian Shaw in in X-Men: First Class (2011), and followed with the largely well-received romantic comedy Crazy, Stupid, Love (2011), though a return to comic book-inspired mayhem in R.I.P.D. (2013) fell flat.

The year 2013 also saw Bacon embark on his first small screen starring role with The Following. He played Ryan Hardy, a former FBI agent trying to recapture a sociopath with a cult of groupies, during the three-season run of the crime drama. Back on the big screen, the actor continued with the theme of law enforcement in Black Mass (2015), about the criminal activities of mob boss James "Whitey" Bulger, and Patriots Day (2016), about the 2013 Boston Marathon bombings.

Bacon's next TV role was playing an artist-cowboy who becomes the mutual infatuation for a husband and wife in the offbeat comedy I Love Dick. He scored the third Golden Globe nomination of his career, though the show failed to get picked up for a second season. Undeterred, Bacon returned to scripted TV the following year in Showtime's City on a Hill, as a veteran FBI agent forced to accommodate an ambitious new Boston district attorney. The actor then made his first big screen appearance in four years alongside Amanda Seyfried in the haunted house horror flick You Should Have Left (2020).

Bacon and Sedgwick met while doing American Playhouse's production of Lemon Sky in 1987, and married the following year. Bacon even directed Sedgwick on occasion, including several episodes of her series The Closer. This long-standing celebrity couple has raised two kids together – Travis (b. 1989) and Sosie (b. 1992) – and overcome major challenges, including losing a significant amount of money to Bernie Madoff's Ponzi scheme.

In the mid-1990s, following the success of the stage play Six Degrees of Separation, a group of college friends introduced the Six Degrees of Kevin Bacon book and parlor game, which tasks participants with linking the actor to other Hollywood stars in the fewest connections. Although he claimed to have been "horrified" by the idea at first, Bacon eventually became a fan of the game. In 2007, he began an online nonprofit venture capitalizing on the name, SixDegrees.org.

When not acting or spending time with his family, this celeb makes folk-rock music with his brother Michael Bacon, an Emmy Award-winning composer. Their band, the Bacon Brothers, released their eighth album in 2018. This outlet fits Bacon's innovative side in ways acting doesn't. "I don't create the movies I'm in," he told Billboard.com in 2012. "When it comes to music, it's my clothes, it's my guitar, it's my voice, it's my song."