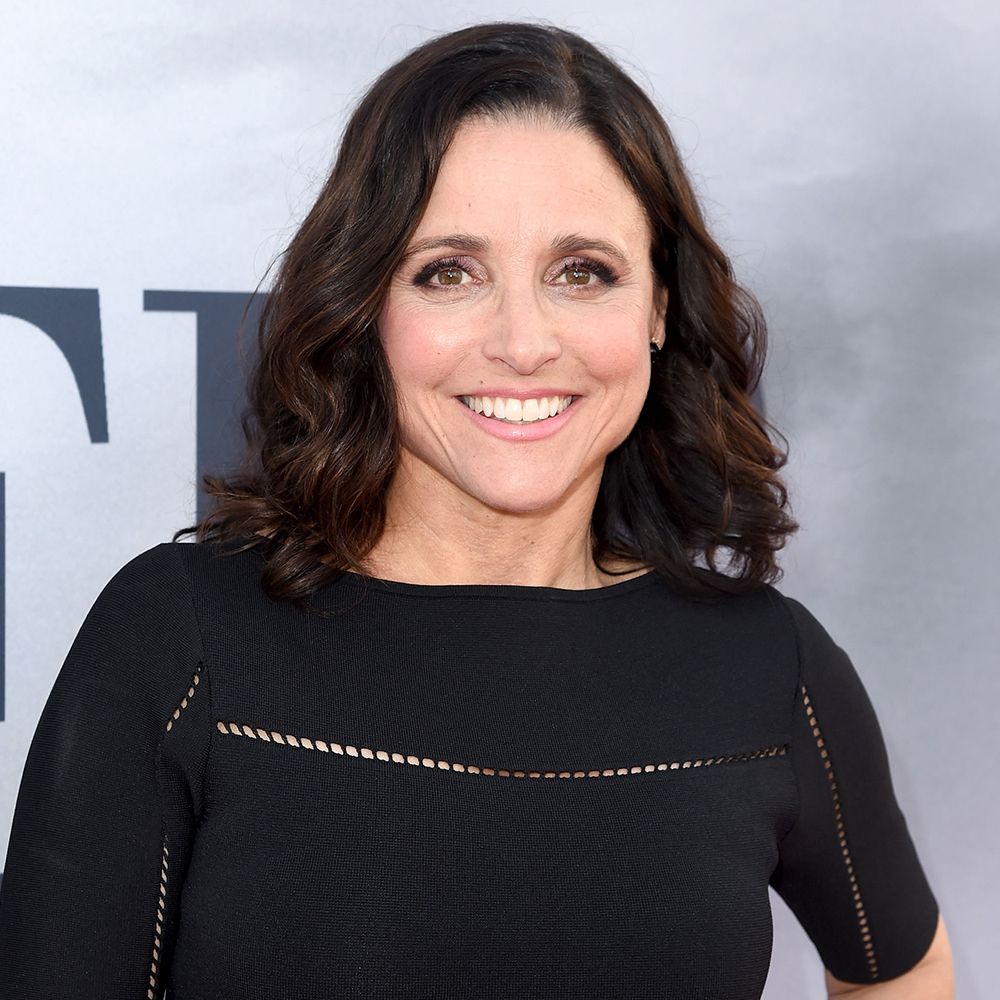 Who Is Julia Louis-Dreyfus?

Julia Louis-Dreyfus joined the cast of Saturday Night Live in 1982, and in 1986 she launched her film career, appearing in Hannah and Her Sisters and Soul Man. However, it was Louis-Dreyfus' portrayal of Elaine on Seinfeld that launched her to stardom. In 2002, she starred in the sitcom Watching Ellie and went on to play the lead role in The New Adventures of Old Christine in 2006. In 2012, she began playing fictional U.S. Vice President Selina Meyer on the TV series Veep. Louis-Dreyfus has won numerous awards for her television work, including a record seven Emmys for lead actress in a comedy series.

Louis-Dreyfus was born on January 13, 1961, in New York City. She is the great-great-granddaughter of businessman Leopold Louis-Dreyfus, who founded the international Louis Dreyfus Group.

After studying drama at Northwestern University, Louis-Dreyfus began her acting career at Chicago's Practical Theatre Company and performed with the prestigious Second City comedy troupe. After moving to New York, she was cast as a regular on Saturday Night Live in 1982, where she showcased her comedic talents for two seasons. She launched her film career in 1986, with appearances in Woody Allen's Hannah and Her Sisters and the comedy Soul Man.

It was Louis-Dreyfus's portrayal of the fabulously flawed and cynical Elaine Benes on the hit sitcom Seinfeld that propelled the actress to stardom. The New York-centric comedy, also starring Jason Alexander and Michael Richards, was created by Jerry Seinfeld and Larry David and ran for nine seasons (1989-1998).

Though the role of Elaine was not part of the show's original concept, producers insisted that Seinfeld needed a feminine perspective. For her performance in the series, she earned a Golden Globe Award in 1993 and an Emmy Award in 1996.

During breaks from Seinfeld, Louis-Dreyfus continued to make films. These included Jack the Bear (1993); Rob Reiner's North (1994); Father's Day (1997) with Billy Crystal and Robin Williams; and Woody Allen's Deconstructing Harry (1997). She also lent her voice for the role of Princess Atta in the animated feature A Bug's Life (1998).

In 2002, Louis-Dreyfus starred in her own sitcom, Watching Ellie. Despite a promising debut, the comedy featuring Louis-Dreyfus as a Los Angeles lounge singer took a dive in the ratings and was canceled midway through its first season. A revamped version of the show returned to NBC's prime-time lineup in the spring of 2003 but failed to find an audience.

In 2006, Louis-Dreyfus returned to television with the sitcom The New Adventures of Old Christine. She starred as the title character, a divorced mother of one, navigating the ups and downs of parenting and dating while running a business. Old Christine enjoyed a solid five-season run, with Louis-Dreyfus winning an Emmy Award (Outstanding Lead Actress in a Comedy Series) in 2006 for her work on the show.

Louis-Dreyfus made another appearance on the big screen in 2013. She starred in Enough Said with James Gandolfini, which explored the ups and downs of middle age romance. In a tragic twist, Gandolfini died of a heart attack months before the film's release. The film's premiere was bittersweet for the actress. As Louis-Dreyfus explained to USA Today, "I'm so happy I had the chance to work with him. For his legacy, I'm so happy he made this film. ... It shows his versatility as an actor."

Louis-Dreyfus made history at the 2016 Emmy Awards ceremony when she won her sixth award for lead actress in a comedy series — her fifth straight for Veep — breaking the three-way record she held with Mary Tyler Moore and Candice Bergen.

In her acceptance speech, she joked about U.S. politics and Donald Trump's promise to build a wall between the United States and Mexico. “I’d also like to take this opportunity to personally apologize for the current political climate," she said. "I think that Veep has torn down the wall between comedy and politics. Our show started out as a political satire but it now feels like a sobering documentary. So I soberly promise to rebuild that wall, and make Mexico pay for it.”

She ended her speech with an emotional remembrance of her father, who had passed away two days before the ceremony. "Lastly, I'd like to dedicate this to my father, William Louis-Dreyfus, who passed away on Friday," she said. "I'm so glad that he liked Veep because his opinion was the one that really mattered."

After Veep wrapped its seventh and final season in May 2019, Louis-Dreyfus returned to the big screen in early 2020 alongside Will Ferrell in the comedy Downhill.

Louis-Dreyfus is married to actor and producer Brad Hall. The couple met at Northwestern University and married in 1987. They have two sons, Henry and Charles.

In September 2017, Louis-Dreyfus announced on Twitter that she had been diagnosed with breast cancer. She announced the end of her chemotherapy treatments in January 2018, posting a video of her sons lip-syncing to Michael Jackson's "Beat It" on Instagram.