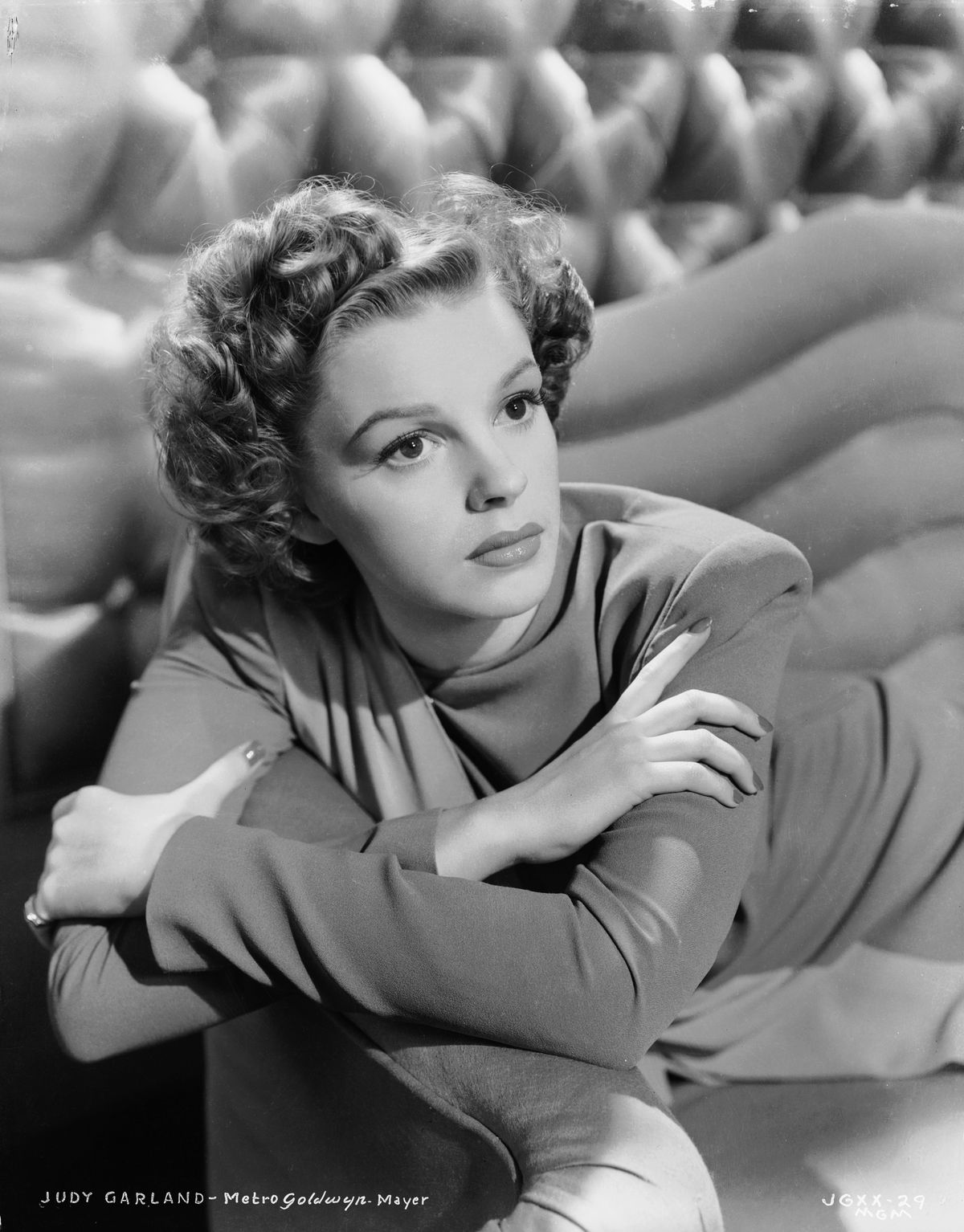 Judy Garland's life was marked with tragedy from beginning to end. Before she traveled down the yellow brick road in The Wizard of Oz, she had to confront a difficult family life — including a driven stage mother — and a studio system that thought nothing of giving a young girl pills to lose weight and to keep her working long hours. We look back at her turbulent youth and how it shaped her into an artist who could touch audiences for generations.

Her parents thought about terminating the pregnancy

When Ethel Milne Gumm learned she was pregnant in the fall of 1921, it wasn't happy news. In fact, her husband, Frank Gumm, contacted his friend Marcus Rabwin, who was a medical student at the University of Minnesota, to ask for advice about terminating the pregnancy.

Abortion wasn't permitted at the time, and Rabwin informed Frank that an illegal procedure could put his wife at risk. Rabwin also urged the couple to go ahead with the pregnancy, which they ultimately did. On June 10, 1922, Frances Ethel Gumm — who would become Garland — was born in Grand Rapids, Minnesota.

When she was two and a half years old, Garland made her theatrical debut in Grand Rapids. It was the beginning of a lifetime of singing, as well as a way for her to feel like she belonged. As she revealed in 1963, "The only time I felt wanted when I was a kid was when I was on stage, performing." 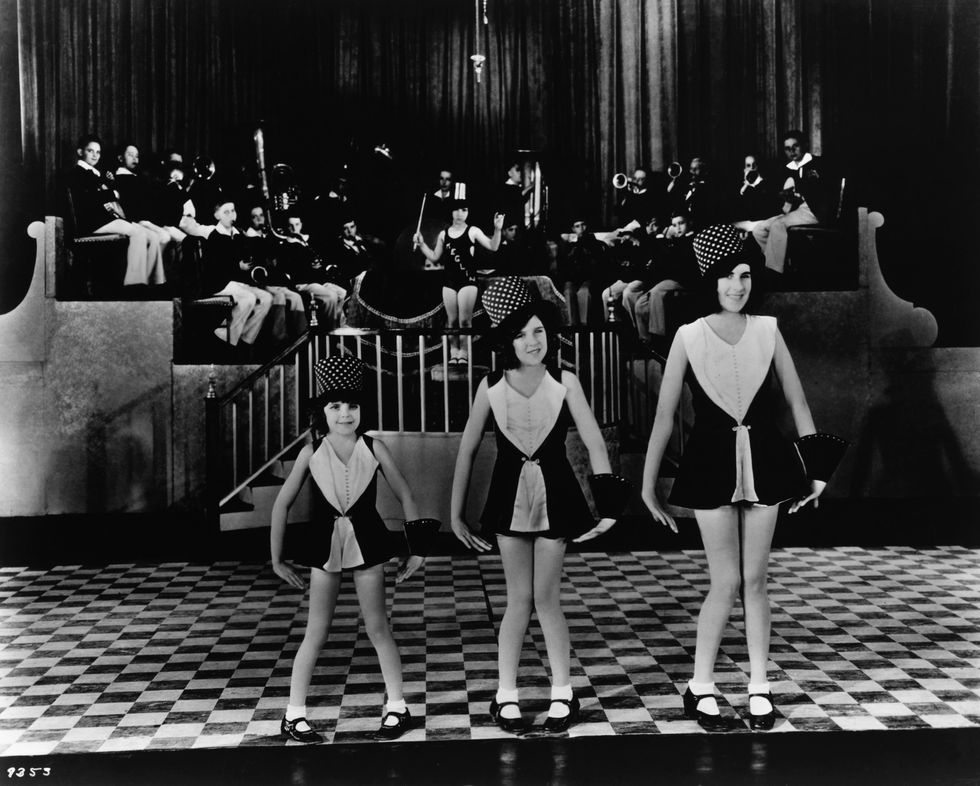 As a child, Judy Garland (far left) performed with her older sisters Virginia and Mary Jane. They were known as 'The Gumm Sisters.'; Photo: Bettmann/Getty Images

Garland was raised in an unhappy home

Why did Garland's mother want to terminate her pregnancy? It's impossible to know for sure, but rumors of Frank's affairs with young men and teenage boys could have been affecting Ethel. Frank's actions grew so out of bounds for Grand Rapids that the Gumm family — which also included Garland's older sisters Mary Jane and Virginia — moved to California in 1926.

Living in California was beneficial for Garland's career, but it couldn't repair the Gumm marriage. Later in life, Garland stated: "As I recall, my parents were separating and getting back together all the time. It was very hard for me to understand those things and, of course, I remember clearly the fear I had of those separations."

Sadly, like her parents, Garland wouldn't have a happy home life as an adult; she would have five marriages under her belt by the time she died at 47.

Garland called her mother the 'real Wicked Witch of the West'

In Lancaster, Garland would tell neighbors she wanted to be a movie actress, singer and dancer when she grew up. It was an ambition that Ethel shared, though she didn't see the need to wait for Garland to grow up first.

To bolster Garland's career, Ethel brought her young daughter to numerous vaudeville gigs, as well as a few appearances at the Cocoanut Grove (a popular nightclub). Garland also performed at the Chicago World's Fair in 1934.

Some of the locations they visited weren't appropriate for children — there was an appearance at a club that had just been raided for gambling — but that didn't stop Ethel. And while Garland's sisters often joined her on stage — they performed as the Gumm Sisters before becoming the Garland Sisters in 1934 — it was Garland who had Ethel's (sometimes negative) attention. In a 1967 interview with Barbara Walters, Garland reminisced: "She would sort of stand in the wings when I was a little girl and if I didn't feel good, if I was sick to my tummy, she'd say, 'You get out and sing or I'll wrap you around the bedpost and break you off short!' So I'd go out and sing."

In fact, according to Garland biographer Gerald Clarke, it was Ethel who first provided pills — ones to ramp up energy and others to sleep — to her not yet 10-year-old daughter. Ethel's behavior makes Garland's later characterization of her mother as "the real Wicked Witch of the West" seem apt.

Garland's — and Ethel's — hard work paid off when she was signed to Metro-Goldwyn-Mayer in 1935. However, it wasn't quite the happy ending that had been hoped for. Not only was the studio slow to find roles for Garland, but being under contract also opened her up to a world of criticism about her appearance.

Studio head Louis B. Mayer allegedly called Garland "my little hunchback" (Garland was less than five feet tall and had curvature of the spine). Because she was overweight, the commissary was ordered to serve her nothing but chicken broth and cottage cheese, and Mayer even had a network of informants who kept an eye on what Garland was eating. She was also prescribed amphetamine-based diet pills (a common practice at the time).

Though she'd soon become a breakout star, these practices stayed with Garland for years to come. She said later: "From the time I was 13, there was a constant struggle between MGM and me — whether or not to eat, how much to eat, what to eat. I remember this more vividly than anything else about my childhood."

READ MORE: Judy Garland Was Put on a Strict Diet and Encouraged to Take "Pep Pills" While Filming The Wizard of Oz

No one stood up for the star

Garland's father died in 1935, a short time after she'd signed on at MGM. She continued to have a difficult relationship with her mother, who was on the MGM payroll herself. (Their relationship worsened when her mother married again; Garland hated her stepfather, as well as the fact that the marriage took place on the fourth anniversary of her father's death.) When Garland started to capture the public's attention and MGM wanted to capitalize on its young star, no one was worried about her long-term interests.

In both 1937 and 1938, Garland spent periods making two films at a time. She could spend three hours in school and two hours in singing rehearsal before she even stepped in front of the cameras, and it wasn't unusual for her workday to end at 4 or 5 a.m.

To maintain this schedule, an exhausted Garland again turned to pills, which she called her "bolts and jolts." It was the kick-off to a destructive pattern that would continue for years. Though she remained a vibrant performer during the ensuing lifetime of addiction, Garland would also experience a rash of career and money troubles. Her substance abuse problems culminated in her early death from an accidental overdose in 1969.