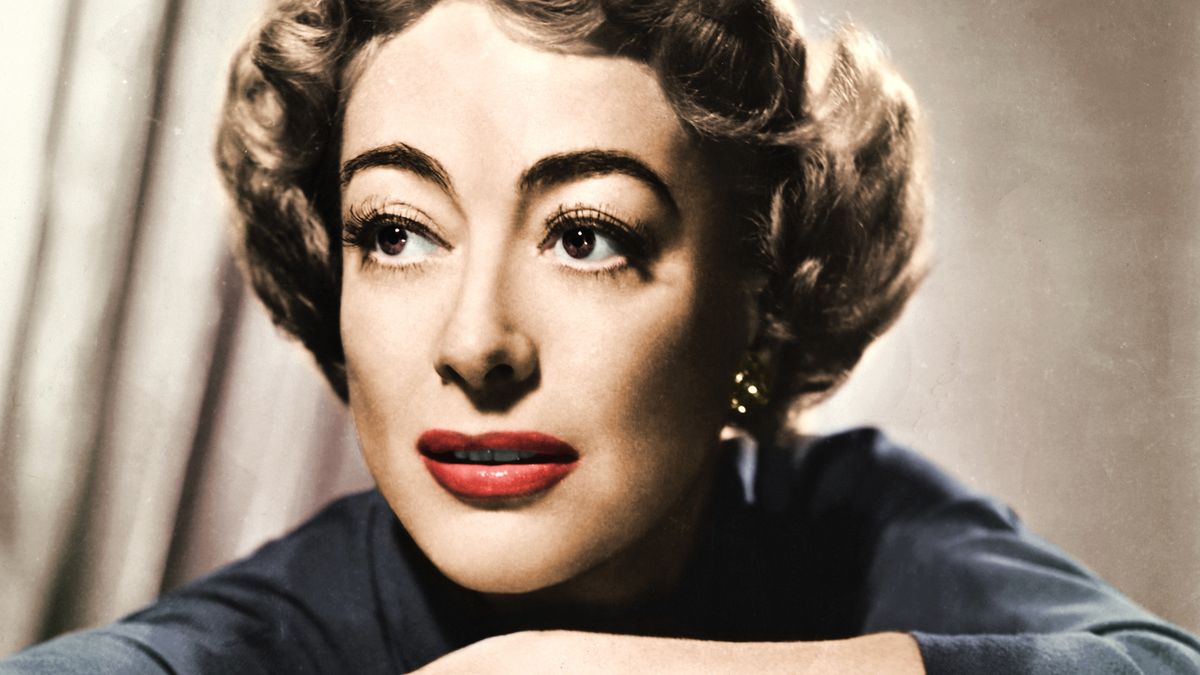 Joan Crawford has been gone for more than four decades, but she is still remembered as the quintessential star product of Hollywood’s Golden Age. Her movie career lasted from 1925 until 1970, and for most of that time, she was top-billed and swaddled in glamour.

Though opinions on her acting talent have remained mixed, Crawford did pull off an Oscar win for Mildred Pierce, and she worked very hard at being an actress and star. Sadly, she is probably equally well known as “Mommie Dearest,” the purported abusive parent of her adopted daughter’s memoir and the 1981 film version starring Faye Dunaway. Here are 10 fascinating facts about the actress' complicated life.

Her real age is unknown

Though no birth certificate exists for Joan Crawford (née Lucille LeSueur), everyone agrees on the March 23 date of her birth. The year is another matter. Crawford always claimed 1908, which would put her age at 16 when she was placed under contract to MGM in January 1925. Other sources, like IMDb, say 1905, and some say 1904, which biographer Donald Spoto argues is impossible since her brother Harold was born in September 1903. The consensus seems to have settled on 1906 as the most likely year of Crawford’s birth, but there is no definitive proof.

She was discovered in a chorus

Lucille grew up mostly poor in San Antonio, Texas, Lawton, Oklahoma, and Kansas City, Missouri. The family was abandoned by her father around the time of the girl’s birth, and her mother took in laundry to make ends meet — a possible source of Joan’s later horror of wire hangers. A stepfather came and went, leaving Lucille with a new name, Billie Cassin. By 1922, Billie was winning Charleston contests in Kansas City, and headed to Chicago and then New York to dance on stage. She was spotted in the chorus of The Passing Show of 1924 by MGM producer Harry Rapf, given a screen test, and offered a contract.

Her new name was chosen in a public contest

MGM chief Louis B. Mayer saw potential in the new contract player, but not as either Lucille LeSueur or Billie Cassin. A $1,000 public renaming contest was announced, and the winning entry seemed to satisfy everyone except the bearer of the name, who thought it sounded like “crawfish.” Her good friend and sometime costar William Haines nicknamed her Crawford Cranberry.

Crawford was a petite, freckle-faced redhead

She seems so big on screen, right? Well, the eyes and mouth were certainly large and vivid, but the woman herself was barely 5’ 3". As for the complexion and hair color, the freckles were erased with makeup and the hair changed with the role. In addition, Crawford was rarely seen in color until 1953’s Torch Song, and by that time her appearance had reached a height of artificiality that rendered the question of natural hair color moot.

Her connection with Clark Gable was possibly romantic

Even though she had had four husbands — actors Douglas Fairbanks, Jr., Franchot Tone, and Phillip Terry and Pepsi-Cola president Alfred Steele — and many lovers, Crawford was always close to Clark Gable. Gable co-starred with Crawford in eight movies, more than anyone else, and the two are rumored to have pursued an affair on and off for decades. They were certainly good friends, and when Gable’s wife Carole Lombard was killed in a 1942 plane crash, Crawford took over her scheduled role in the film They All Kissed the Bride and donated her salary to the American Red Cross.

She used illegal baby brokers to adopt her children

Crawford adopted three children — Christina and twins Cathy and Cindy — as a single parent, which was prohibited in California. She used illegal baby brokers and traveled with baby Christina, who was born to a young unwed woman in Hollywood, to New York and then Nevada to legalize the adoption. Her other child, a son, was adopted when Crawford was married to Phillip Terry. For a brief time, this boy’s name was Phillip Terry II; when the marriage dissolved, he was rechristened Christopher Crawford.

She was labeled box-office poison

Though Crawford found a regular place in the Top Ten Money-Making Stars poll during the early and mid-1930s, in 1938 she, along with Marlene Dietrich, Greta Garbo and Katharine Hepburn, were labeled “box-office poison” by the Independent Theatre Owners Association of America. A series of substandard roles dimmed her star for a bit, but Joan was always good at comebacks.

After she left MGM, Crawford tested for and won the title role in Mildred Pierce at Warner Bros. Her director, Michael Curtiz, was a notorious tyrant; on the first day of production, he became enraged by what he perceived as shoulder pads and reportedly ripped Joan’s dress at the neckline — only to uncover bare, if unusually ample, shoulders. On the plus side, Curtiz did guide his broad-shouldered star to an Oscar.

She feuded with Mercedes McCambridge on set

If you’ve seen Johnny Guitar, you’ll know that its most memorable moments capture the enmity between Crawford and Mercedes McCambridge’s characters. The alcohol-fueled conflict spilled over onto the film’s Arizona location: let’s just say that at one point, McCambridge’s clothes ended up spread on the highway outside the actresses’ motel. On the other hand, the legendary Crawford-Bette Davis feud during filming of Whatever Happened to Baby Jane? was apparently a publicity concoction.

She became a Christian Scientist later in life

The star’s last movie, the B-level shocker Trog, was released in 1970, after which she did a few TV roles and then retired to her Manhattan apartment. She became a Christian Scientist and, according to some sources, stopped drinking. It was due to her faith that she refused aggressive treatment for the cancer which eventually led to her death, on May 10, 1977, at age 69, 71, 72, or 73. She didn’t have a great fortune to leave, but her twins were provided for, as were a number of charities. Fatefully, Christina and Christopher were not.