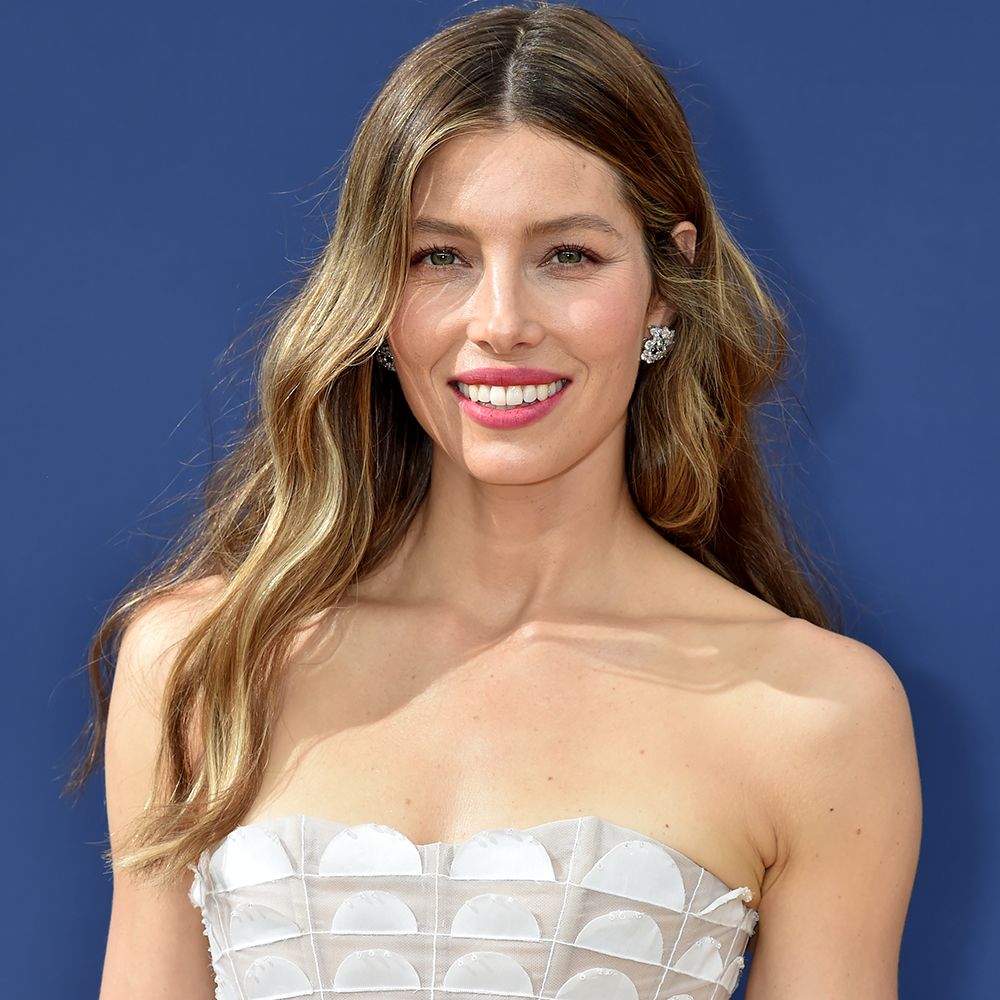 Who Is Jessica Biel?

Jessica Biel starred in the TV series 7th Heaven as a teen. She caused a stir with sexy photos for Gear magazine before turning to a big-screen career. She’s had roles in a range of films, including the comedy Valentine’s Day, the drama Elizabethtown and the sci-fi thrillers Blade: Trinity and Total Recall. The actress earned her first Golden Globe and Emmy nominations for her work on the show The Sinner. She is married to singer and actor Justin Timberlake.

Jessica Claire Biel was born on March 3, 1982, in Ely, Minnesota. Growing up, Biel moved around a lot with her family, eventually settling in Boulder, Colorado.

With an early interest in all things theatrical, Biel took dance and voice lessons as a child. "I had a mission as a kid," she explained to Harper's Bazaar magazine. "I was just one of those kids who begged and begged. 'Take me to this commercial-acting class.' 'Take me to this play.' 'Take me to this audition.' And my parents just supported it." She was especially interested in the musical Annie, the rags-to-riches story of an orphaned girl. When she was 8, Biel served as an understudy for a production of the show in Connecticut.

Biel branched out into modeling around the age of 11. During a modeling convention in 1994, she won an acting scholarship to a program in Los Angeles.

Biel studied her craft for several years, eventually landing her breakthrough role on the family drama 7th Heaven. In the series, she played Mary Camden, the oldest daughter of a minister (played by Stephen Collins) and his wife (played by Catherine Hicks). The couple had five children at the start of the show and each episode featured the moral challenges and misadventures experienced by the sizable brood. Launched in 1996, the show became very popular, especially with families.

While on the series, Biel looked for opportunities to show that she was more than just the wholesome teenager she portrayed on television. She showed great dramatic range as Peter Fonda's troubled granddaughter in the critically acclaimed 1997 drama Ulee's Gold. Biel then co-starred in the 1998 family comedy I'll Be Home for Christmas with Jonathan Taylor Thomas.

In 1999, People magazine named her one of its "50 Most Beautiful People." It was another magazine, however, that provided the most dramatic shake-up to her image; Gear magazine put Biel on its March 2000 cover, wearing next to nothing. The sexy images contained inside, along with several negative comments about her role on the WB, incensed some 7th Heaven fans, as well as the show's producers. Biel later admitted that she agreed to the shoot to get out of her contract with the network, though the WB forced Biel to honor the duration of the contract. She did manage to appear in fewer episodes of 7th Heaven due to her schedule at Tufts University, before finally leaving in its sixth season.

After completing her first year at college, Biel returned to Los Angeles to focus on feature films. She starred opposite Freddie Prinze Jr. in the 2001 romantic comedy Summer Catch. The film failed to attract much of an audience, bringing more than $19 million at the box office. Biel took a supporting role in the 2002 film adaptation of Bret Easton Ellis' Rules of Attraction, and then turned to the horror genre with the 2003 remake of The Texas Chainsaw Massacre. Rules of Attraction proved to be a commercial and critical dud, but The Texas Chainsaw Massacre became a box office hit.

Moving into action films, Biel had a role in Blade: Trinity (2004), the latest addition to the vampire-hunting saga starring Wesley Snipes. She took to the skies as a fighter pilot in the military action thriller Stealth (2005) with Jamie Foxx and Josh Lucas, which proved to be another box office disappointment. Her next effort, the drama London (2005), also received mediocre reviews. After a string of lackluster projects, Biel earned positive reviews for her role in The Illusionist (2006), a romantic historical drama starring Edward Norton. The film helped establish Biel as a dramatic actress.

Turning to lighter fare for her next project, Biel played a lawyer in the 2007 comedy I Now Pronounce You Chuck & Larry with Adam Sandler and Kevin James. Sandler and James play firefighters who pretend to be in a same-sex relationship so that James' character can receive health benefits. That same year, Biel appeared in the thriller Next (2007) with Nicolas Cage and Julianne Moore.

In 2009, Biel starred in Easy Virtue with Colin Firth and Kristin Scott Thomas. She played Larita, an American who impulsively marries a young British man and then must deal with her new upper-crust in-laws. For her work on the film, Biel earned rave reviews, with Variety calling her a "spirited, sharp-witted comedienne."

Biel continued to showcase her comedic talents with the 2010 romantic comedy Valentine's Day, an ensemble film with Jessica Alba, Kathy Bates, Anne Hathaway, Ashton Kutcher, Julia Roberts, Shirley MacLaine and many others. That year Biel also appeared in the action movie The A-Team with Bradley Cooper and Liam Neeson, based on the popular television series.

Biel took on a physically challenging role in the 2012 remake of Total Recall, in which she had to battle it out with co-star Kate Beckinsale. That same year, she gave a dramatic performance in the biographical film Hitchcock about the legendary director. Anthony Hopkins starred as Alfred Hitchcock and Biel played Vera Miles, one of Hitchcock's favorite actresses.

In 2017, Biel again demonstrated her capacity to handle a strong dramatic role. In The Sinner, she played Cora Tannetti, a mild-mannered mother whose seemingly unprovoked violent outburst sparks an investigation. The performance netted the actress the first Golden Globe and Emmy nominations of her career. Two years later, she starred in the drama Limetown, as a journalist seeking to unravel the mystery behind the disappearance of hundreds of residents from a Tennessee community.

For years, Biel's relationship with pop star Justin Timberlake was the subject of intense media attention. The pair tied the knot in Puglia, Italy, in October 2012. Biel and Timberlake issued a statement to People magazine, following their wedding: "It's great to be married, the ceremony was beautiful and it was so special to be surrounded by our family and friends." The couple welcomed their first child, son Silas Randall Timberlake, in April 2015. The pair reportedly welcomed their second child, a son, in July 2020.

After six-plus years of ownership of a penthouse in Manhattan's SoHo neighborhood, the power couple upgraded in 2017 to a $20 million duplex penthouse in Tribeca, enabling them to hobnob with A-list neighbors like Ryan Reynolds, Jennifer Lawrence and Jake Gyllenhaal.

A supporter of numerous social causes, Biel has used her celebrity to help turn the spotlight on important issues. In January 2010, she participated in Summit on the Summit, a climb up Mount Kilimanjaro to raise awareness about the global water crisis. "This is a basic human necessity that needs to be addressed now," the actress said in a statement on the program's website. Biel has also established the Make the Difference Network, a social networking website for charitable efforts.

In 2019, Biel came under fire for meeting with anti-vaccination advocate Robert F. Kennedy Jr. and California lawmakers to discuss a state bill that sought to limit medical exemptions from vaccinations. Claiming she was "not against vaccinations," the actress wrote a lengthy Instagram post to explain that the bill would make it difficult for children with certain medical conditions to receive proper care in the state.