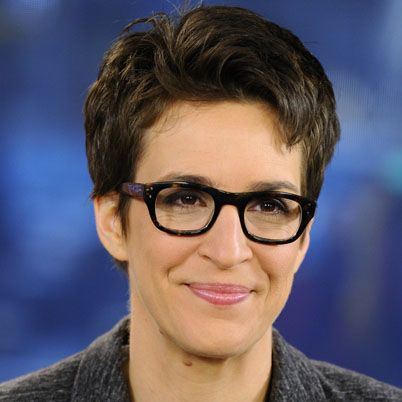 Who Is Jenny McCarthy?

Actress and TV personality Jenny McCarthy was born on November 1, 1972, in Illinois. Named the 1994 Playboy Playmate of the Year, the beauty leveraged her fame into hosting roles on MTV's Singled Out and The Jenny McCarthy Show. Following a short-lived stint as co-host of The View, McCarthy shared top billing with husband Donnie Wahlberg on the reality series Donnie Loves Jenny, and in 2019 she began her run as a judge on the popular TV competition series The Masked Singer. McCarthy has also written multiple best-selling books dealing with the topic of autism.

Jenny McCarthy was born in Illinois on November 1, 1972. McCarthy got her career start in 1993, when she began modeling for Playboy. In 1994, she was named the publication's Playmate of the Year.

TV and Film: 'Singled Out' to 'The Jenny McCarthy Show'

McCarthy continued to gain fame as the co-host of MTV's dating-game show Singled Out, alongside Chris Hardwick, from 1995 to 1997. She left the show to begin hosting her own show on the network, a sketch-comedy program called The Jenny McCarthy Show (1997).

McCarthy continued to pose for Playboy—most recently appearing on the cover of the magazine's July/August 2012 issue—as well as in advertisements for companies like Candie's. She also appeared in films like Scary Movie 3 and the popular sitcom Two and a Half Men.

In 2012, McCarthy hosted the second season of NBC's Love in the Wild, a reality show in which real-life couples participate in challenges. She also returned to television as the host of The Jenny McCarthy Show, this time airing on VH1.

Co-Host of 'The View'

While her self-titled chat show proved to be a disappointment, McCarthy landed a major daytime television gig in July 2013: It was announced that she would be a new host on Barbara Walters' popular program The View. McCarthy was brought on board to replace the departing Joy Behar (who later returned) for the show's 17th season.

"We are delighted that Jenny will be joining us as a permanent co-host," Walters told USA Today. Walters said that McCarthy "brings us intelligence as well as warmth and humor. She can be serious and outrageous. She has connected with our audience and offers a fresh point of view."

McCarthy made her debut on The View that September. However, her tenure on the show proved to be short-lived, as McCarthy was let go after only one season. As she later explained to Howard Stern, she felt limited on the show, insisting she was "not allowed to be the best of me here."

Additional info about her unhappy tenure on the show came with an excerpt from Ladies Who Punch: The Explosive Inside Story of 'The View' in March 2019, which produced the revelation that McCarthy disliked working with Walters.

After her stint on The View, McCarthy returned with the reality TV series Donnie Loves Jenny. The program debuted in January 2015 with her wedding to singer and actor Donnie Wahlberg, and focused on their lives as they juggled the demands of family and show business. During these years, McCarthy also hosted a SiriusXM radio show and enjoyed her longtime gig as a contributor to Dick Clark's New Years Rockin' Eve.

In early 2019, McCarthy began her run as a judge on the singing competition series The Masked Singer. Based on a South Korean series, in which celebrities square off against one another while hiding their identities, the show proved popular with fans and quickly earned renewal for a second season on Fox.

McCarthy has a son, Evan Joseph, with ex-husband John Mallory Asher. The couple divorced in 2005. Not long after he was born, Evan was diagnosed with autism. In 2007, McCarthy publicly announced that her son was autistic, and around the same time, began working as an activist on behalf of autism-related organizations, including Talk About Curing Autism and her own group, Generation Rescue.

Controversy was generated for a time over the belief that McCarthy was completely against children being vaccinated, potentially linking immunization shots to the development of autism. She has refuted these claims and asked for more critical thinking. She wrote an essay published on April 12, 2014 for the Chicago Sun-Times where she spoke about her platform, which involves questioning whether physicians should give multiple vaccinations to infants simultaneously instead of spacing them out.

McCarthy dated actor and comedian Jim Carrey from 2005 to 2010, and later was involved with professional football player Brian Urlacher before beginning her relationship with Wahlberg. In April 2014, McCarthy announced her engagement to Wahlberg on The View, showing the audience her yellow sapphire engagement ring. The couple married on August 31, 2014.

McCarthy is also the cousin of comedian and Academy Award-nominee Melissa McCarthy.

Since the birth of her son, McCarthy has authored multiple books on the subject of autism, including the best-sellers Louder Than Words: A Mother's Journey in Healing Autism (2007) and Mother Warriors : A Nation of Parents Healing Autism Against All Odds (2008). Earlier written successes include Belly Laughs: The Naked Truth About Pregnancy and Childbirth (2004).