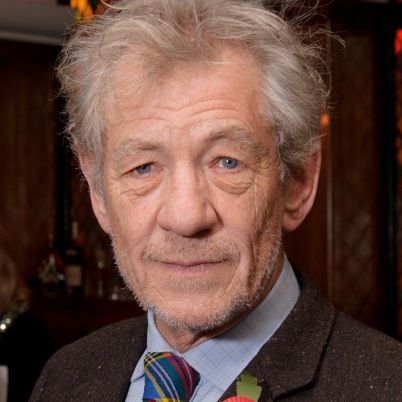 Who Is Ian McKellen?

Born in 1939 in Burnley, England, Ian McKellen became an acclaimed thespian of the British stage with his performances in such works as Edward II. He also became a popular film actor, earning an Oscar nomination for his role in Gods and Monsters. The venerable actor has since cemented his iconic status by starring as Magneto in the X-Men films and Gandalf in The Lord of the Rings franchise.

Ian Murray McKellen was born in Burnley, Lancashire, England, on May 25, 1939. His father, Denis Murray McKellen, was a lay preacher and a civil engineer, and his mother, Margery Lois Sutcliffe, was a homemaker. Their household, which also included McKellen's sister, Jean, was religious but relatively tolerant.

Tragedy struck in 1951, when McKellen's mother died from breast cancer; the future actor was just 12 years old at the time. Grief hit the family again 12 years later, in 1963, when Denis McKellen was killed in an automobile accident.

McKellen attended the Bolton School — of which he remains a supporter — and his acting career began at Bolton Little Theatre. His parents and sister encouraged his early interest in acting, taking him to many theatrical productions, including Shakespearean plays.

In addition to his interest in acting, McKellen was a strong student. At the age of 18, he won a scholarship to study at the University of Cambridge's St. Catharine's College, where he befriended actor Derek Jacobi.

While studying at Cambridge, McKellen joined the Marlowe Society, appearing in such productions as Henry IV and Doctor Faustus. In 1961, he appeared in his first professional production, A Man for All Seasons. McKellen moved from regional repertory theaters to the West End, earning acclaim for the wide range of his performances. He was knighted in 1991 for his achievements on the stage.

'Six Degrees of Separation,' 'And the Band Played On'

Also a commanding film actor, McKellen became widely recognized for his work on the silver screen in the 1990s, following several roles in Hollywood and television projects. In 1993, McKellen played a supporting role as a South African tycoon in Six Degrees of Separation. The same year, he appeared in the television movie And the Band Played On, about the AIDS epidemic, for which he garnered an Emmy Award nomination. He also starred in the major studio film Apt Pupil, based on a Stephen King novel.

McKellen's later films reached an even broader audience. In 2000, he starred in the first of several X-Men movies as the villain Magneto. In 2006, he appeared in the film adaptation of the best-selling book The Da Vinci Code.

While filming X-Men, McKellen was cast as the wizard Gandalf in Peter Jackson's trilogy The Lord of the Rings. For his work in the film series, he received the Screen Actors Guild Award for best supporting actor, as well as an Academy Award nomination. McKellen agreed to reprise the role in Jackson's follow-up trilogy, The Hobbit, the first installment of which was released in December 2012.

In 2013, McKellen reunited with his old friend Jacobi on the British sitcom Vicious. Two years later, he brought his trademark gravitas to the big screen to play literature's most famous detective in Mr. Holmes. The venerable actor went on to appear in the films Beauty and the Beast (2017), All Is True (2018), The Good Liar (2019) and Cats (2019).

McKellen is a prominent gay rights activist. He announced that he was a gay man for the first time on BBC Radio in 1988, although he had come out in his personal and professional lives decades earlier. McKellen co-founded Stonewall, a LGBT rights lobbying group in the United Kingdom named after the 1969 Stonewall riots. He has stated that some of his friends refer to him by the nickname "Serena."