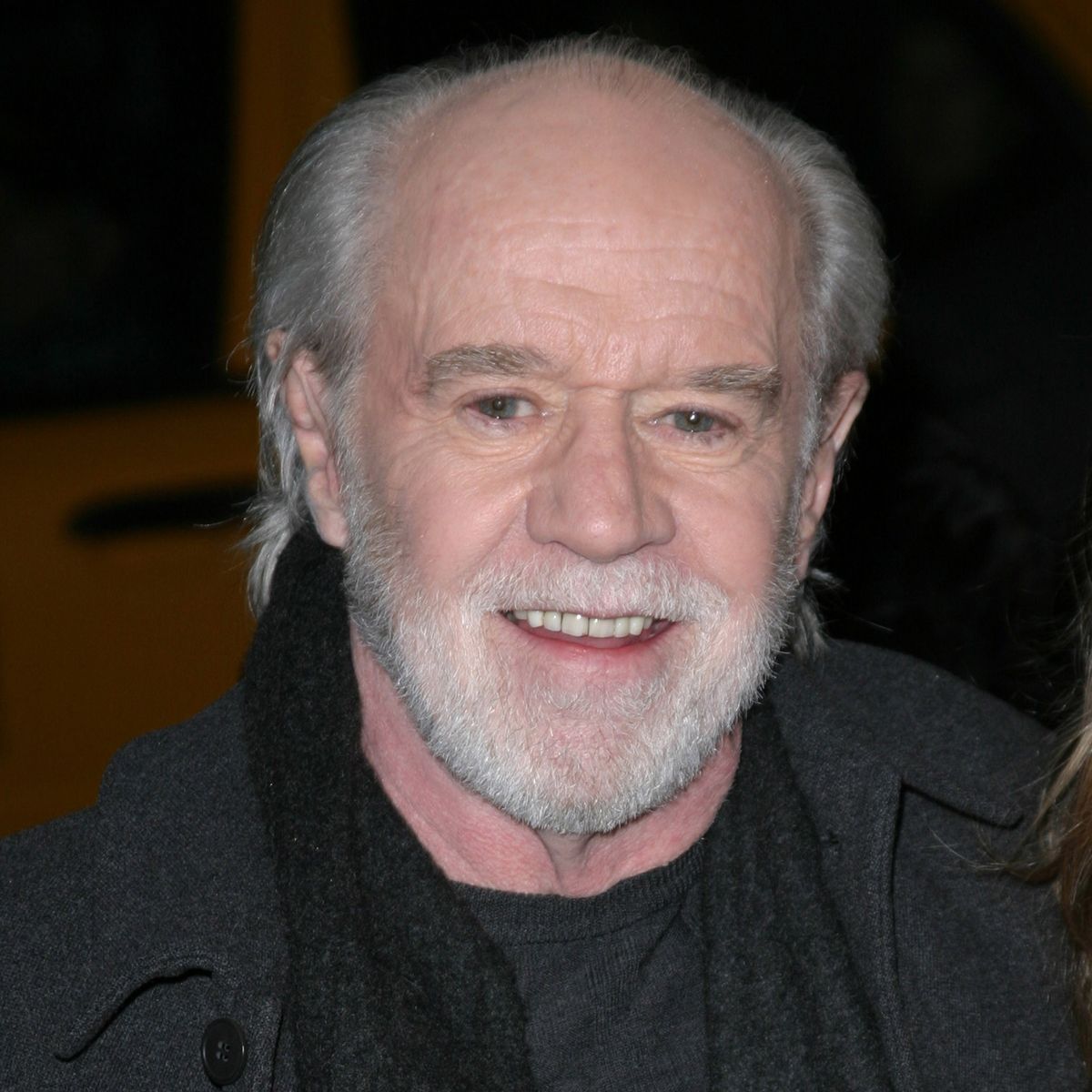 Who Was George Carlin?

After dropping out of high school and enlisting in the Air Force, George Carlin began taking radio jobs, eventually (with partner Jack Burns) attracting the attention of Lenny Bruce, who helped get them appearances on The Tonight Show with Jack Paar. Carlin went on to become a popular stand-up comedian, author, and film and television actor.

George Denis Patrick Carlin was born May 12, 1937, in the Bronx, New York. Carlin and his older brother, Pat, were primarily raised by their mother in Manhattan's Morningside Heights neighborhood. Mary Carlin, a devout Irish Catholic, worked as a secretary to support her children. When George was an infant, she left Carlin's father Patrick, who was a national advertising manager for the New York Sun.

Carlin attended parochial school and much of his negative religious sentiment stems from his experience as a Roman Catholic altar boy. Carlin completed two years of high school before dropping out in the ninth grade.

In 1954, at age 17, he enlisted in the U.S. Air Force as a radar technician and was stationed at Shreveport, Louisiana. Over the next three years, Carlin earned his high school equivalency and moonlighted as a disc jockey at a local radio station. He also received three courts-martial and numerous disciplinary punishments, according to his official Web site. After a general discharge in 1957, he took radio jobs in Boston and Fort Worth, Texas.

In 1959, Carlin teamed up with Texas newscaster, Jack Burns. The pair collaborated on a morning radio show in Fort Worth before relocating to Hollywood, where they attracted the attention of the legendary Lenny Bruce. Bruce helped Burns and Carlin secure appearances on The Tonight Show with Jack Paar (Carlin would make a total of 130 appearances on The Tonight Show).

In the early 1960s, Carlin got his start as a stand-up comic by performing on the Las Vegas circuit and entertaining TV audiences. Carlin enjoyed moderate success until the mid-70s when he re-invented his image and adopted a less conventional, somewhat vulgar comedy routine. Carlin's scripted monologues began to represent his disillusioned attitude toward the world in which explored the highly sensitive issues of Vietnam, politics, religion, American culture, drugs, the demise of humanity and the right to free speech.

In July 1972, Carlin was arrested for violating obscenity laws in Milwaukee after his infamous routine "Seven Words You Can Never Say on Television."

When a radio station played a recording of Carlin's "Seven Words" routine, it sparked a legal case over obscenity regulations. In 1978, the U.S. Supreme Court upheld the government's right to penalize stations that broadcast such material on public airwaves during hours (6 a.m. and 10 p.m.) when young people may typically tune in.

As a self-professed atheist and avid cocaine user, his adversaries deemed him anti-religious and disrespectful of society. However, the comedian's new material brought him success from the younger counterculture. Carlin illustrated his anti-establishment views by being the first host of the risque TV show Saturday Night Live on October 11, 1975.

In 1977, Carlin starred in his first of HBO comedy specials, On Location: George Carlin at USC. In all, he did 14 such specials, including 2008's It's Bad For Ya!

In 1990, Carlin compiled a multi-CD set that highlighted his work from the 70s, titled George Carlin: The Little David Years (1971-'77) (1990). The collection included the albums: FM & AM, Class Clown, Occupation: Foole, Toledo Window Box, An Evening With Wally Londo Featuring Slaszo, and On the Road. Carlin received two Grammy Awards for FM & AM (1990) and Jammin' in New York (1992), for which he won a Grammy. You Are All Diseased (1999) is abundant with his trademark satire and profanity about American family life.

Carlin published Brain Droppings in 1997. The book included his comedic take on life, society and politics. It spent 18 weeks on the New York Times' best-seller list. Two years later, syndicated columnist Mike Barnicle was suspended from the Boston Globe, after he had plagiarized passages from Carlin's book. To Carlin's benefit, the widely publicized controversy led to an increase in book sales.

Throughout his career, Carlin took on a number of comedic roles in films such as 1987's Outrageous Fortune and as Rufus, an emissary from the future, in 1990's Bill & Ted's Bogus Journey. He took a more dramatic turn in The Prince of Tides (1991). He also was featured in Kevin Smith's film Dogma (1999), in which he played Cardinal Glick, a fame-seeking religious figure. In 2006, he provided the voice of Fillmore, a hippie Volkswagen bus, in the animated Cars.

Carlin was honored with a star on the Hollywood Walk of Fame in 1987.

In the 1990s, Carlin enjoyed success with series television. Starting in 1991, he provided the voice of the train conductor on PBS' kid-friendly Shining Time Station for two years and narrated Thomas the Tank Engine & Friends through 1998. He also starred as a cab driver in The George Carlin Show from 1993 to 1995.

In addition to his acting, writing and recording, Carlin continued to perform about 150 dates a year on the road. In 2004, he placed second behind Richard Pryor on Comedy Central's list of "Top 100 Comics of All Time." On June 17, 2008, just five days before his death, it was announced that he was being awarded the 11th annual Mark Twain Prize for American Humor.

Carlin's first wife, producer Brenda Hosbrook, died on May 11, 1997 of complications from liver cancer. Their 35-year marriage produced a daughter, Kelly. He is survived by his second wife of ten years, Sally Wade.