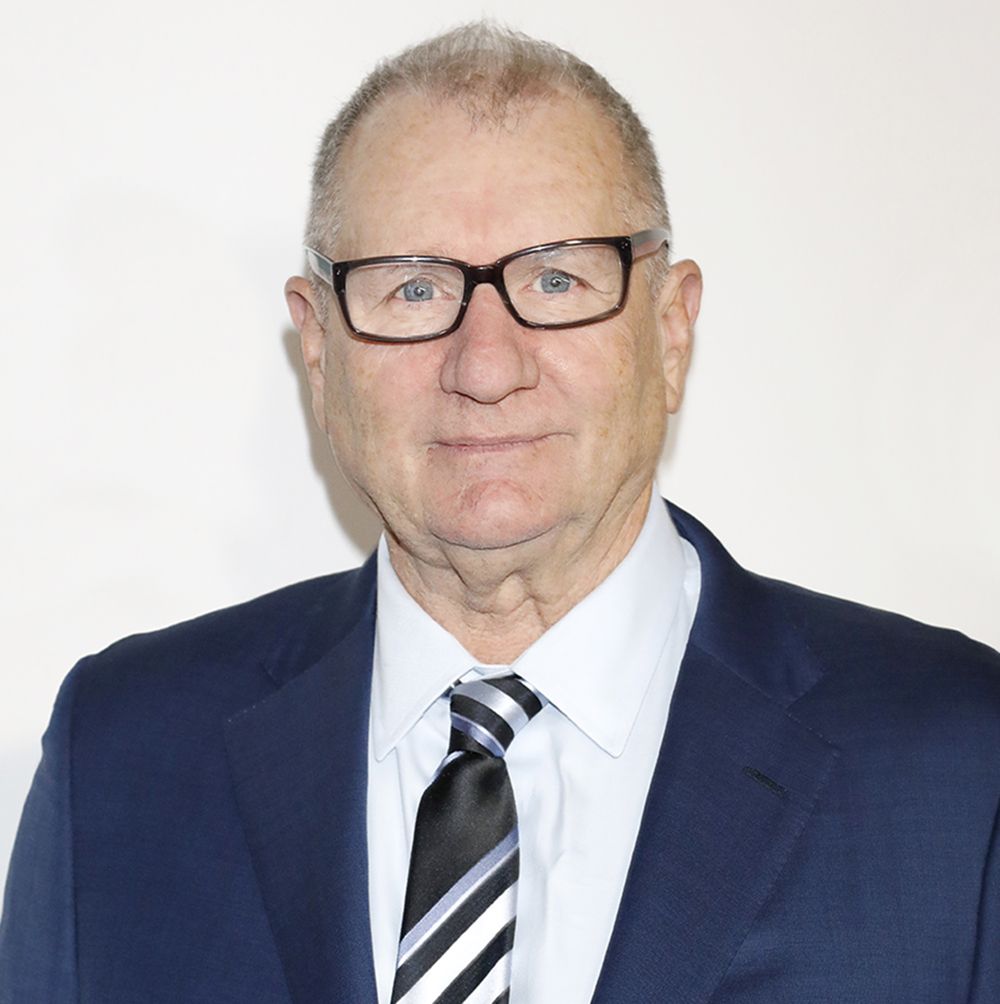 Who Is Ed O'Neill?

Ed O'Neill turned to acting after failing to fulfill his pro football dreams. Following early stage roles, he rose to fame as Al Bundy on the sitcom Married... with Children, which aired for 11 seasons. O'Neill went on to star in a remake of Dragnet and land a recurring role on The West Wing, before enjoying more sustained sitcom success as the patriarch on Modern Family.

Ed O'Neill was born on April 12, 1946, in Youngstown, Ohio, the eldest of five children of working-class Irish Catholic parents Ruth Ann Quinlan and Edward O'Neill Sr. To support the family, O'Neill's father hauled goods cross country as a truck driver and also held a job as a steelworker. O'Neill's mother was a local social worker.

Small in stature as a child, O'Neill grew to 6-feet 1-inch as a teenager and became an accomplished athlete at Ursuline High School. He particularly excelled at football, and landed a college scholarship to Ohio University in Athens, Ohio, based on his athletic abilities.

At O.U., O'Neill studied history and showed an interest in the school's theater group, though he spent more time on sports and partying than he did on his studies. Frustrations with his coach didn't help matters, and by his sophomore year O'Neill had left O.U. He headed back to his hometown to attend Youngstown State University, playing football as a defensive lineman, studying drama and continuing his pursuit of a history degree.

As graduation approached, O'Neill had hopes of becoming a professional linebacker in the National Football League. After receiving his bachelor's degree in 1969, O'Neill managed to land a tryout with the NFL's Pittsburgh Steelers, but was cut during training camp.

Crestfallen, O'Neill tried a series of odd jobs, including working at a hotel and a steel mill. Eventually, he turned back to his alma mater, Ursuline High School, to substitute teach social studies classes. It was during this time that he decided he wanted to try his hand at acting.

Early Career as a Stage Actor

By 1972 O'Neill's acting ambitions were also looking pretty hopeless; he auditioned over and over for Youngstown theater productions, but rarely landed a speaking role. He headed to New York in 1977, supporting himself with $1,700 in his savings account — the money he got from selling his car — and his job as a busboy. When he wasn't working, he studied at New York's prestigious Circle in the Square Theatre School. O'Neill also frequented the Lincoln Center Library to listen to recordings of John Barrymore and Robert Shaw and check out books on acting.

The work paid off in 1979 when he landed a role as the lead understudy in the Broadway play Knockout. When the star walked off the production later that year, O'Neill was finally given a chance to shine on stage. The show earned him good reviews and kickstarted his career in the industry.

'Cruising' and 'The Dogs of War'

O'Neill lived in Manhattan for the next 10 years, working regional theater and appearing in national commercial campaigns. In 1980, the stage actor was chosen for a co-starring role in the Al Pacino vehicle Cruising, as well as a supporting role in The Dogs of War. These roles gave O'Neill Hollywood exposure, helping him to appear in a succession of guest roles on TV series such as Miami Vice and Spenser for Hire.

O'Neil also surfaced in a series of failed pilots during this time, including a show with Valerie Harper called Farrell for the People, and a starring role in a TV spin-off of the popular 1971 film The French Connection, called Popeye Doyle. But it was his performance as Lenny in a Hartford, Connecticut, production of the play Of Mice and Men that would land the actor his biggest role to date.

An executive for FOX, who attended one of the Of Mice and Men shows, asked O'Neill to try out for a role on a new sitcom at the network. The show, called Married... with Children, would focus on the lives of a blue-collar, dysfunctional family living in Chicago.

O'Neill auditioned for Al Bundy, the working-class father who spends his off-hours drinking beer, watching TV and reliving his glory days as a high school football hero. O'Neill landed the role, alongside Katey Sagal as wife Peggy, Christina Applegate as daughter Kelly and David Faustino as son Bud, and moved to Los Angeles in 1987. That same year, Married... with Children hit the airwaves. It became an instant hit with viewers, and launched O'Neill into thousands of American households each week.

While O'Neill continued his successful run on Married, landing several Golden Globe nominations, he worked hard to differentiate himself from his do-nothing Al Bundy character through appearances in feature films. His turns in Dutch (1991), Wayne's World (1992) and Little Giants (1994), however, went almost unrecognized by fans. He returned to the theater as well, appearing in a production of David Mamet's Lakeboat in 1994.

'The Bone Collector,' 'Dragnet' and 'The West Wing'

Married came to an end in 1997, after 11 seasons. As the show drew to a close, O'Neill began looking for new ways to stretch his acting abilities. He appeared in the big-screen detective drama The Spanish Prisoner (1997), as well as the thriller The Bone Collector (1999). He then returned to TV in the drama Big Apple (2001) and a remake of the successful crime drama Dragnet (2003), playing policemen in both shows. In 2004, O'Neill took a recurring role as Pennsylvania's incumbent governor on the political drama The West Wing to positive reviews.

In fall 2009, O'Neill returned to family comedy in Modern Family as Jay Pritchett, a man newly remarried to the much younger Gloria, played by Sofia Vergara. In addition to raising a young stepson, Pritchett also juggles relationships with his adult children and young grandchildren. The series became a massive hit, earning a slew of major awards across its 11-season run. O'Neill personally garnered three consecutive Emmy nominations for his performance as the aging alpha male of the diverse clan.

O'Neill also found himself in demand as a voice actor during his time on Modern Family, lending his gravelly vocals to major animated features like Wreck-It Ralph (2012), Finding Dory (2016) and Ralph Breaks the Internet (2018).

O'Neill is married to actress and dancer Catherine Rusoff. The couple has two children and currently resides in Los Angeles.