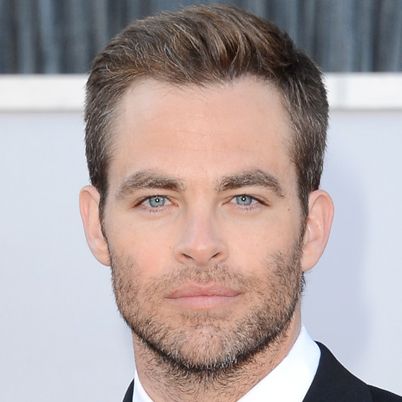 Who Is Chris Pine?

The son and grandson of successful actors, Chris Pine made several TV appearances early in his career before starring alongside Anne Hathaway in The Princess Diaries 2: Royal Engagement (2004). He portrayed the iconic Captain James Kirk in the 2009 remake of Star Trek, a role that transformed the young actor into Hollywood A-lister. Along with headlining multiplex fare like Unstoppable (2010), Jack Ryan: Shadow Recruit (2014) and the Star Trek sequels, Pine showed a comedic flair in the musical Into the Woods (2014). He later co-starred in the highly successful superhero feature Wonder Woman (2017).

Christopher Whitelaw Pine was born in Los Angeles, California, on August 26, 1980. He was no stranger to show business as a child, having a grandmother, Anne Gwynne, who starred in Ride 'Em Cowboy (1942) and House of Frankenstein (1944), and a father, Robert Pine, known for playing Sergeant Joseph Getraer on the popular police-drama CHiPs. Pine's mother, Gwynne Gilford, and sister, Katie, also enjoyed minor acting careers.

Pine often spent time on Hollywood sets while growing up, though he was mainly interested in sports throughout his youth. He decided to go into the family business while attending the University of California, Berkeley, where he took acting classes before graduating with a degree in English literature.

Chris Pine began his acting career on television with appearances on ER, The Guardian and CSI: Miami. With his boyish good looks and striking blue eyes, it was only a matter of time before he was tapped for the lead in a romantic comedy; sure enough, he made his feature-film debut in 2004, starring opposite Anne Hathaway in The Princess Diaries 2: Royal Engagement.

Pine returned to the genre two years later, this time co-starring with Lindsay Lohan in Just My Luck. He was later given the opportunity to branch out as a villainous neo-Nazi in the ensemble crime flick Smoking Aces (2007).

In 2008, Pine landed the coveted role of Captain James Kirk in the J.J. Adams-directed reboot of the famed Star Trek franchise. Starring fellow up-and-coming actors Zachary Quinto and Zoe Saldana as Spock and Uhura, respectively, Star Trek was both a critical and box-office success upon its 2009 release, and Pine became an overnight star.

'Unstoppable,' Jack Ryan' and 'Into the Woods'

The success of Star Trek opened more doors for Pine, as he went on to earn additional prominent film roles. He starred alongside Denzel Washington in the Tony Scott thriller Unstoppable (2010); became ensnared in a love triangle with Reese Witherspoon and Tom Hardy in the action rom-com This Means War (2012); and stepped into the role of the titular CIA agent in the Kenneth Branagh-directed Jack Ryan: Shadow Recruit (2014).

He also branched out from the usual leading-man fare, portraying a conniving bad guy in Horrible Bosses 2 (2014) and showing a comedic touch in the off-color musical Into the Woods (2014). After returning to type with a heroic role in The Finest Hours (2016), he co-starred as a noble-minded bank robber in Hell or High Water (2016), with Jeff Bridges.

Pine next took on the role of Steve Trevor, ally and love interest to the titular heroine of Wonder Woman (2017). A huge hit thanks to the performances of Pine and co-star Gal Gadot, the feature breathed new life into the DC superhero universe and fueled production on a sequel, Wonder Woman 1984, set for a 2020 debut.

'A Wrinkle in Time' and 'I Am the Night'

In 2018, Pine enjoyed an important role in A Wrinkle In Time, based on the enduring children's book by Madeleine L'Engle, and starred in the historical drama Outlaw King. The following year, he rejoined Wonder Woman director Patty Jenkins to headline the TNT series I Am the Night, playing a reporter who follows a slippery slope down the trail of an unsolved mystery.