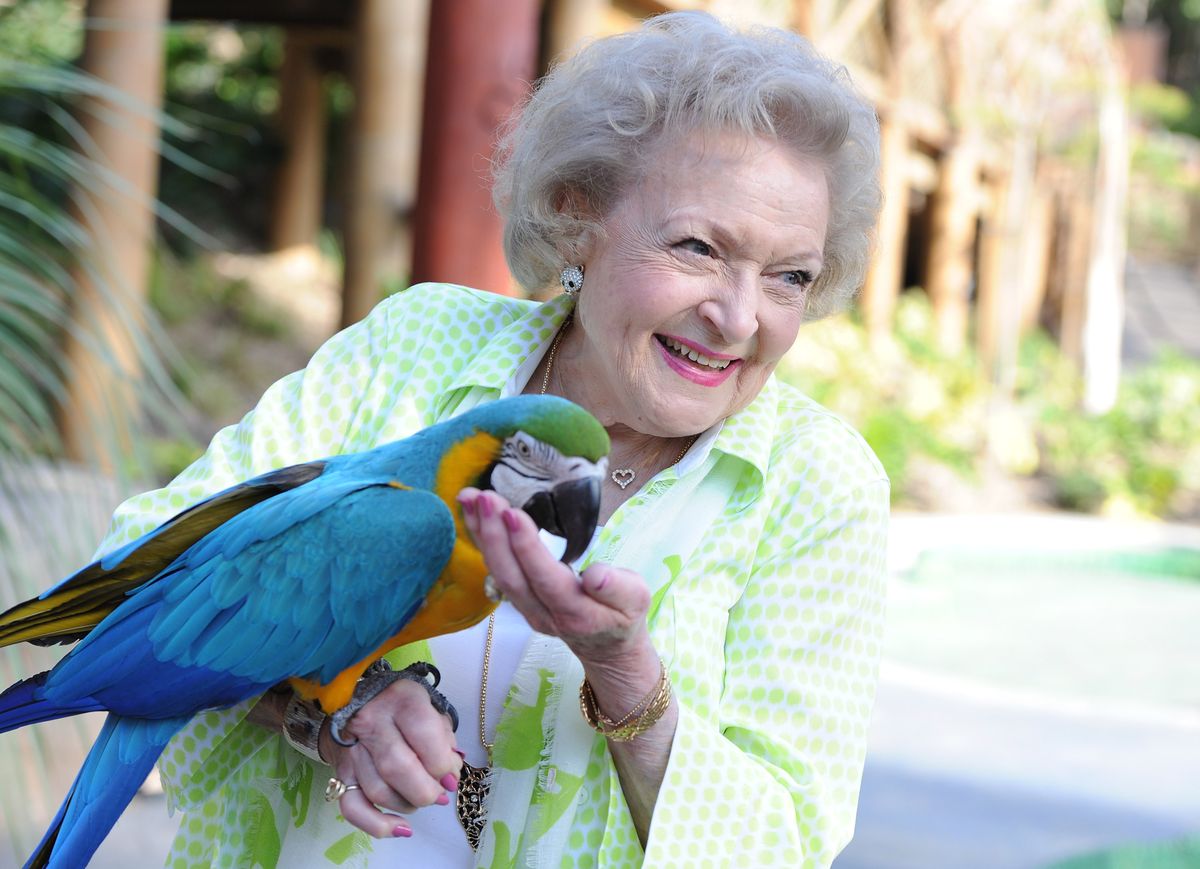 Betty White's affable nature as one of America’s most beloved icons might stem from her own top priority outside of acting: Her love of animals.

“I've loved animals since I was in the womb,” White told TV Guide. “It is so embedded in me,” she added to Smithsonian Magazine.

That personal passion has often mixed with her professional work. She created, produced and hosted a 1971 animal show called the Pet Set, which featured both wild animals and her celebrity friends’ own pets, with stars like Doris Day and Bob Barker making guest appearances. She also wrote the 2011 book Betty & Friends: My Life at the Zoo and hosted specials, like Hero Dog Awards, Big Cat Week and Betty White Goes Wild — and even lent her voice to the animated series of Pound Puppies.

But it’s what she did when the cameras weren't rolling that was most impressive. Throughout her life, White was a champion for animals in her charity work.

“I'm the luckiest person in the world — my life is divided in absolute half: half animals, half show business,” she told TV Guide.

Born in Oak Park, Illinois, on January 17, 1922, she was the only child of Horace and Tess White — who had an orange tabby cat that would often sit on the edge of her crib. “My mother always told me that if Toby didn’t approve, I would have to go back,” White joked to Parade.

Indeed, while most young kids were begging their parents for pets, White said it was often the opposite for her. “I was the lucky little girl who had parents who went for a walk and they'd come home with a dog or a cat,” she told TV Guide. “‘He followed us home, Betty. Can we keep him?’ [they’d say.]”

“Both my mother and father were tremendous animal lovers,” she said to Smithsonian Magazine. “They imbued in me the fact that, to me, there isn’t an animal on the planet that I don’t find fascinating and want to learn more about.” 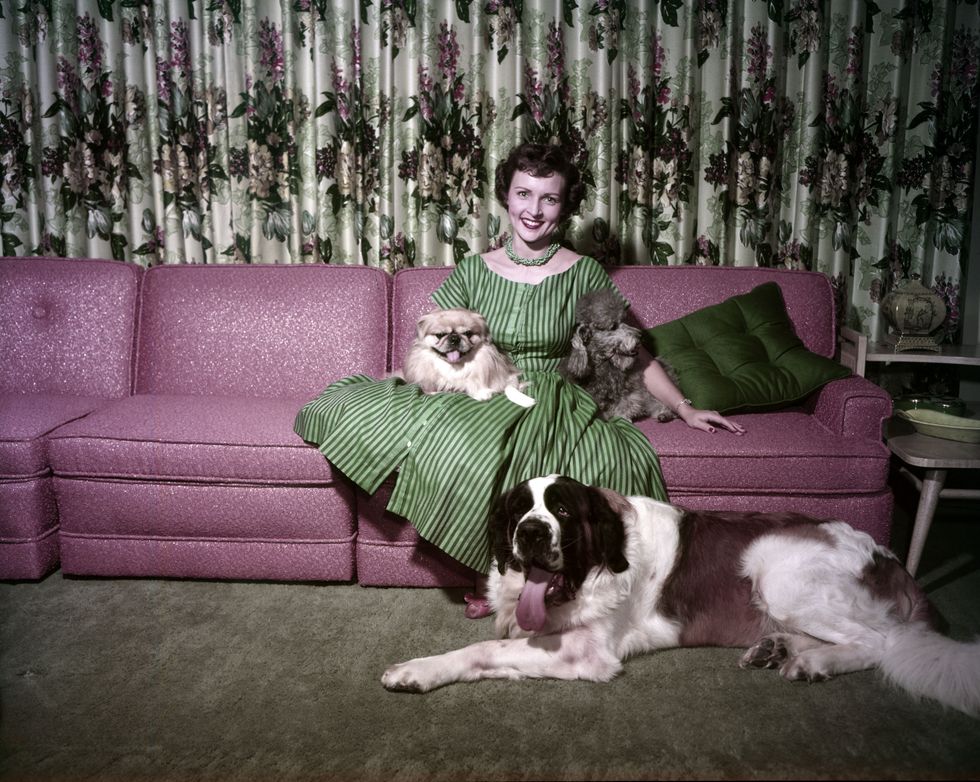 She's devoted much of her time to helping zoos

That desire led to many trips to the zoo, and eventually, she started working with the Los Angeles Zoo in the 1960s. “My interest [in zoos] started early on, tagging after my mom and dad, who went to the zoo often, not just to please their little girl, but because they enjoyed the experience,” she wrote in her book.

“I got involved with the Los Angeles Zoo because I was kind of shocked that Los Angeles had such a poor zoo inside,” she told AARP. “I've never been one to stand outside and criticize. I'd rather get inside and see what's going on, see how I can help.”

During her time as a member of the board at the zoo, state-of-the-art chimpanzee, orangutan and gorilla exhibits were added, and she got to know the animals well. She also witnessed some notable animal antics over her more than 50 years of service.

“I spent two hours watching while this baby [camel], newly born, tried to get up,” she told Smithsonian. “He really had to work at it. I stood there and watched the whole time. Just about the time he finally got all four legs under him...not his mother, but it was like Aunt Maude, one of the adult camels, came over, as if to say, ‘Oh, what a beautiful baby,’ she touched him with her nose and splat! Down he went. He had to start all over again.”

White was well aware of the critics of the zoo system and works to combat that negative image.

“Zoos don't only exhibit animals; they do a lot of wonderful conservation work,” she told AARP. She explained further to Smithsonian: “Many people have a closed mind on zoos. They think no animal should be in captivity, they should all be in the wild in their own habitat. Well, of course, that is a myth.”

White’s volunteer work went beyond just the zoo in Los Angeles. Starting in the 1970s, she also worked with the Morris Animal Foundation, which “advances animal health by funding only research that meets the highest scientific standards” according to their site.

She was drawn to the organization because of her approach to animals. “I'm not into animal rights. I'm only into animal welfare and health,” she told TV Guide, adding that the Morris Animal Foundation funds “health studies for dogs, cats, lizards and wildlife.”

As a president emeritus, she saw the organization through much of its breakthrough work, which includes developing the feline leukemia vaccine, the parvovirus vaccine and Potomac horse fever vaccine.

White worked closely with the Los Angeles' SPCA (spcaLA), as well as the guide dog school, The Seeing Eye. “The Seeing Eye takes training these dogs quite seriously,” White told Parade. “By providing well-trained guide dogs and training recipients to work with these dogs, The Seeing Eye empowers and changes people’s lives for the better.”

White was also made an honorary forest ranger by the Forest Service and helped out whenever her schedule allowed.

“I have this very expensive habit,” she told Parade of her animal volunteer work. “Thankfully, my work makes it possible for me to support and volunteer my time with many different animal welfare organizations.”