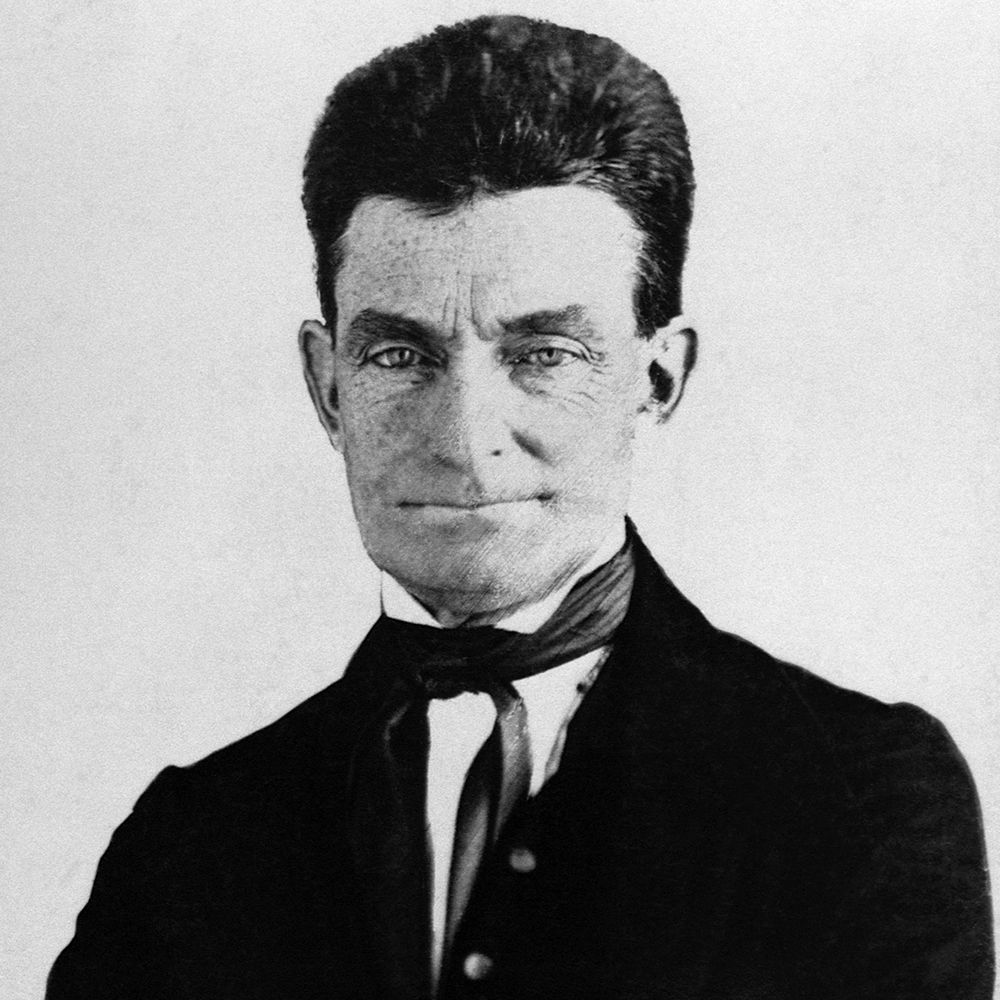 Who Was John Brown?

John Brown was born in a Calvinist household and would go on to have a large family of his own. Facing much financial difficulty throughout his life, he was also an ardent abolitionist who worked with the Underground Railroad and the League of Gileadites, among other endeavors. He believed in using violent means to end slavery and, with the intent of inspiring a slave insurrection, eventually led an unsuccessful raid on the Harpers Ferry federal armory. Brown went to trial and was executed on December 2, 1859.

John Brown was born on May 9, 1800, in Torrington, Connecticut, to Ruth Mills and Owen Brown. Owen, who was a Calvinist and worked as a tanner, ardently believed that slavery was wrong. As a 12-year-old boy traveling through Michigan, Brown witnessed an enslaved African American boy being beaten, which haunted him for years to come and informed his own abolitionism.

Though the younger Brown initially studied to work in the ministry, he instead decided to take up his father's trade. Brown wed Dianthe Lusk in 1820, and the couple had several children before her death in the early 1830s. He remarried in 1833, and he and wife Mary Ann Day would have many more children.

Brown worked in a number of vocations and moved around quite a bit from the 1820s to the 1850s, experiencing great financial difficulties. Brown also took part in the Underground Railroad, gave land to free African Americans and eventually established the League of Gileadites, a group formed with the intention of protecting Black citizens from slave hunters.

Brown met with renowned orator and abolitionist Frederick Douglass in 1847 in Springfield, Massachusetts. Then, in 1849, Brown moved and settled in the Black community of North Elba, New York, which was created on land provided by philanthropist Gerrit Smith.

In 1855, Brown moved to Kansas, where five of his sons had relocated as well. With the passing of the Kansas-Nebraska Act of 1854, there was conflict over whether the territory would be a free or slave state. Brown, who believed in using violent means to end slavery, became involved in the conflict; in 1856, he and several of his men killed five pro-slavery settlers in a retaliatory attack at Pottawatomie Creek.

In 1858, Brown liberated a group of enslaved people from a Missouri homestead and helped guide them to freedom in Canada. It was also in Canada that Brown spoke of plans to form a free Black community in the mountains of Maryland and Virginia.

On the evening of October 16, 1859, Brown led 21 men on a raid of the federal armory of Harpers Ferry in Virginia (now West Virginia), holding dozens of men hostage with the plan of inspiring a slave insurrection. Brown's forces held out for two days; they were eventually defeated by military forces led by Robert E. Lee. Many of Brown's men were killed, including two of his sons, and he was captured. Brown's case went to trial quickly, and on November 2 he was sentenced to death.

In a speech to the court before his sentencing, Brown stated his actions to be just and God-sanctioned. Debate ensued over how Brown should be viewed, deepening the divide between North and South and having profound implications for the direction of the country. Several of his colleagues also petitioned that the courts should look at Brown's questionable mental state when it came to his actions. Brown was executed on December 2, 1859.