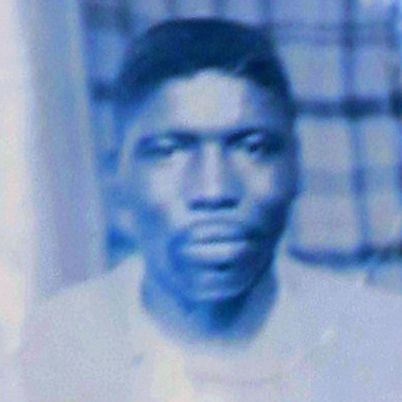 Who Was Jimmie Lee Jackson?

Jimmie Lee Jackson became part of the Civil Rights Movement as a young man. After participating in a peaceful protest in Alabama in February 1965, he was shot by a state trooper. He died a few days later. His death inspired a voting rights march; the violence at that protest — known as "Bloody Sunday" — made more Americans favor civil rights, and made it possible to pass 1965's Voting Rights Act.

On December 16, 1938, Jimmie Lee Jackson was born in Marion, Alabama, a small town located near Selma. After fighting in the Vietnam War and spending time in Indiana, he returned to his hometown. There, he made about $6 a day as a laborer and woodcutter.

Jackson became a church deacon — the youngest one at his Baptist church — and fathered a daughter. Inspired by the Civil Rights Movement, he also tried to vote for the first time in his life. He made several attempts to register as a voter, but never got past the many hurdles that had been set up to keep African Americans from casting ballots.

On February 18, 1965, Jackson took part in a peaceful night march in Marion, held to protest the arrest of James Orange, a field secretary for the Southern Christian Leadership Conference. However, even nonviolent demonstrations were opposed by the segregationists who held power in Alabama. That night, the town's streetlights were turned off; under the cover of darkness, police and state troopers attacked the protesters with clubs, sending them fleeing in different directions.

Still pursued by officers, Jackson and other demonstrators went into a restaurant called Mack's Café. There, Jackson was shot in the stomach by James Bonard Fowler, a state trooper. Witnesses recounted that Jackson had been protecting his mother and 82-year-old grandfather from the troopers. Fowler, who didn't admit to the killing until a 2005 interview with The Anniston Star, claimed he had been acting in self-defense, and was trying to keep Jackson from grabbing his gun. “I don’t remember how many times I pulled the trigger, but I think I just pulled it once, but I might have pulled it three times,” Fowler told The Anniston Star. “I don’t remember. I didn’t know his name at the time, but his name was Jimmie Lee Jackson. He weren’t dead. He didn’t die that night. But I heard about a month later that he died.”

The injured Jackson was first taken to a local hospital, then sent to a hospital in Selma. He lingered for a week before dying from his infected wound on February 26, 1965. He was only 26 years old. Though Al Lingo, head of the state troopers, had sent an arrest warrant to Jackson while he was in the hospital, Fowler had faced no punishment or disciplinary action, and was allowed to continue in his job.

Jackson's shooting was condemned by leaders of the Civil Rights Movement such as Martin Luther King Jr. — who had visited Jackson in the hospital — John Lewis and James Bevel. On March 3, King spoke at Jackson's funeral, where he said that Jackson had been "murdered by the brutality of every sheriff who practices lawlessness in the name of law."

Jackson's death also inspired civil rights leaders to hold the Selma to Montgomery March on March 7, 1965. There was a violent response awaiting these demonstrators as well: When they arrived at Selma's Edmund Pettus Bridge, police used tear gas and batons against them. Images of the violence—the protest came to be known as "Bloody Sunday"—were shared across the country, making the public more supportive of the civil rights struggle.

Two weeks after "Bloody Sunday," another march set out from Selma. By the time the marchers arrived in Montgomery, there was a crowd of 25,000 people. The Voting Rights Act became law in August 1965. The legislation fought the discriminatory measures that had kept African Americans like Jackson from voting.

James Fowler, the state trooper who confessed to killing Jackson, did not face any immediate repercussions following the fatal shooting. It wasn't until 2007, 42 years after Jackson’s death, that Fowler was arrested and charged with first and second degree murder. Fowler initially maintained that he had acted to defend himself, but eventually accepted a plea bargain for misdemeanor manslaughter. He received a six-month jail sentence, but served only five months and was released in July 2011 because of health problems. In 2011, the FBI began investigating Fowler’s role in the 1966 death of Nathan Johnson, another Black man, who Fowler had fatally shot after he stopped Johnson for suspicion of drunk driving. Fowler died of pancreatic cancer on July 5, 2015 at the age of 81.