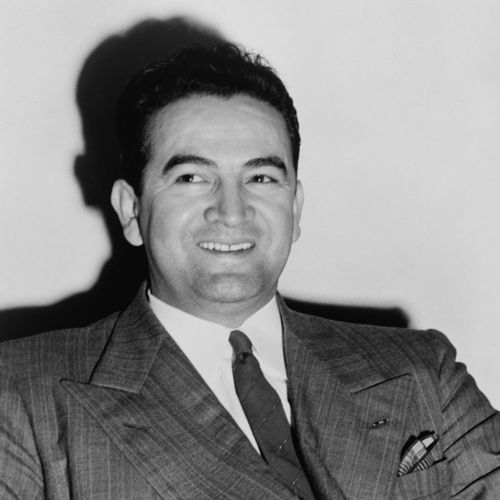 Who Was Hector Garcia?

Hector Garcia moved from Mexico to the United States with his family when he was a toddler. Though he faced prejudice and quota systems in school he was able to obtain a medical degree. During World War II he served in the U.S. Army, and after the war he settled in Corpus Christi, Texas. There, Garcia started a medical practice while also embarking upon a career of civil rights activism after he witnessed the difficulties Mexican American veterans faced when trying to access benefits. Garcia founded the American G.I. Forum in 1948 to advocate for these veterans. The organization — which grew to have chapters across the country and remains active to this day — also worked on causes such as school desegregation and eliminating the poll tax in Texas. Garcia was awarded the Presidential Medal of Freedom in 1984.

Hector Perez Garcia born in Llera, Tamaulipas, Mexico, on January 17, 1914, to Jose Garcia and Faustina Perez Garcia, who were both teachers. The violence of the Mexican Revolution prompted his family to leave Mexico and legally move to Texas in 1918 when Garcia was 3 years old. Garcia was naturalized as a citizen in 1946.

Garcia grew up in Mercedes, Texas. He did well in school, becoming his high school's valedictorian when he graduated in 1932. Garcia later revealed he'd been motivated to succeed in part because a teacher once said to him, "No Mexican will ever make an 'A' in my class."

Discrimination meant Garcia couldn't find a residency spot in Texas. Instead he became a resident in Omaha, Nebraska, at St. Joseph's Hospital at Creighton University.

Garcia became a part of the Citizens Military Training Corps when he was 15. In 1942, during World War II, he volunteered for the U.S. Army. He served in Europe and North Africa and was awarded the Bronze Star.

His military experiences underlined the importance of equal rights to Garcia. In 1947, he questioned whether some Mexican American casualties in World War II had been the result of these soldiers receiving a lower-quality education in segregated schools, noting that "some of those lives might not have been lost" if they "would have been better equipped and trained to defend themselves."

Garcia moved to Corpus Christi, Texas, following the end of World War II. He set up a medical practice and joined the League of United Latin American Citizens. One of LULAC's goals was to fight discrimination. However, Garcia felt more action was needed to assist Mexican American veterans who were having trouble accessing Veterans Administration services, such as the G.I. Bill, home loans, and treatment at V.A. hospitals. To address these issues he founded the American G.I. Forum in March 1948.

In January 1949, Garcia contacted the media and public figures, including then-Senator Lyndon B. Johnson, after he learned that a funeral director wasn't allowing the family of Private Felix Longoria to hold services inside a chapel in Longoria's hometown of Three Rivers, Texas, because "the whites wouldn't like it." Johnson arranged for Longoria to instead be buried in Arlington National Cemetery. The incident, which became known as the Longoria Affair, was a galvanizing moment in the struggle of Mexican Americans for equal treatment. It also demonstrated the power of the American G.I. Forum.

The American G.I. Forum, whose motto was "Education is our Freedom, and Freedom Should be Everybody's Business," went on to engage in other civil rights battles. They fought to desegregate schools and brought a case that resulted in a Supreme Court ruling that Mexican Americans could not be kept from serving on Texas grand juries. The organization also campaigned against the poll tax in Texas and encouraged voting with registration drives.

The American G.I. Forum wanted both documented and undocumented people to have better working conditions. However, the organization supported some border restrictions under the rationale that the presence of Mexican laborers resulted in lower wages for Mexican Americans.

Garcia, who hoped that electing John F. Kennedy as president would benefit the fight for civil rights, served as a coordinator for "Viva Kennedy" clubs during the presidential campaign of 1960. The political power of Latino voters was demonstrated when the Kennedy-Johnson ticket carried Texas by just 46,257 votes.

Though Kennedy appointed Garcia to work on a defense treaty with the Federation of the West Indies, overall Garcia was disappointed when the Kennedy administration didn't make Hispanics a priority. However, this didn't keep Garcia from supporting Johnson in the 1964 election via "Viva Johnson" clubs.

While Johnson was president, he appointed Garcia as an alternate delegate to the United Nations. In 1967, Garcia spoke to the General Assembly in Spanish, making him the first U.S. delegate to talk to that body in a language other than English. Johnson also appointed Garcia to the United States Commission on Civil Rights. President Jimmy Carter later selected Garcia to serve on the U.S. Circuit Judge Nominating Commission for the Western Fifth Circuit Panel.

His wartime service gave Garcia the opportunity to meet Wanda Fusillo of Naples. The two wed in 1945 and went on to have three daughters and a son. Their son died in an accident when he was a teenager.

In addition to civil rights and political activism, Garcia was a doctor who treated numerous patients, whether or not they could afford to pay him. He was the inspiration for the character of a Mexican American doctor in novelist Edna Ferber's Giant (1952).

Garcia became the first Mexican American recipient of the Presidential Medal of Freedom when President Ronald Reagan presented it to him on March 26, 1984. In 1990, Pope John Paul II named Garcia to the Order of St. Gregory the Great.

Garcia died at the age of 82 in Corpus Christi on July 26, 1996. He had been suffering from stomach cancer.

In 2010, a Congressional resolution was passed to honor Garcia's work fighting for civil rights. Garcia has had schools, a library, and a post office named after him. A public television documentary about his life, Justice for My People: The Dr. Hector P. Garcia Story, came out in 2002. The Dr. Hector P. Garcia Memorial Foundation was set up by one of his daughters in 2012.