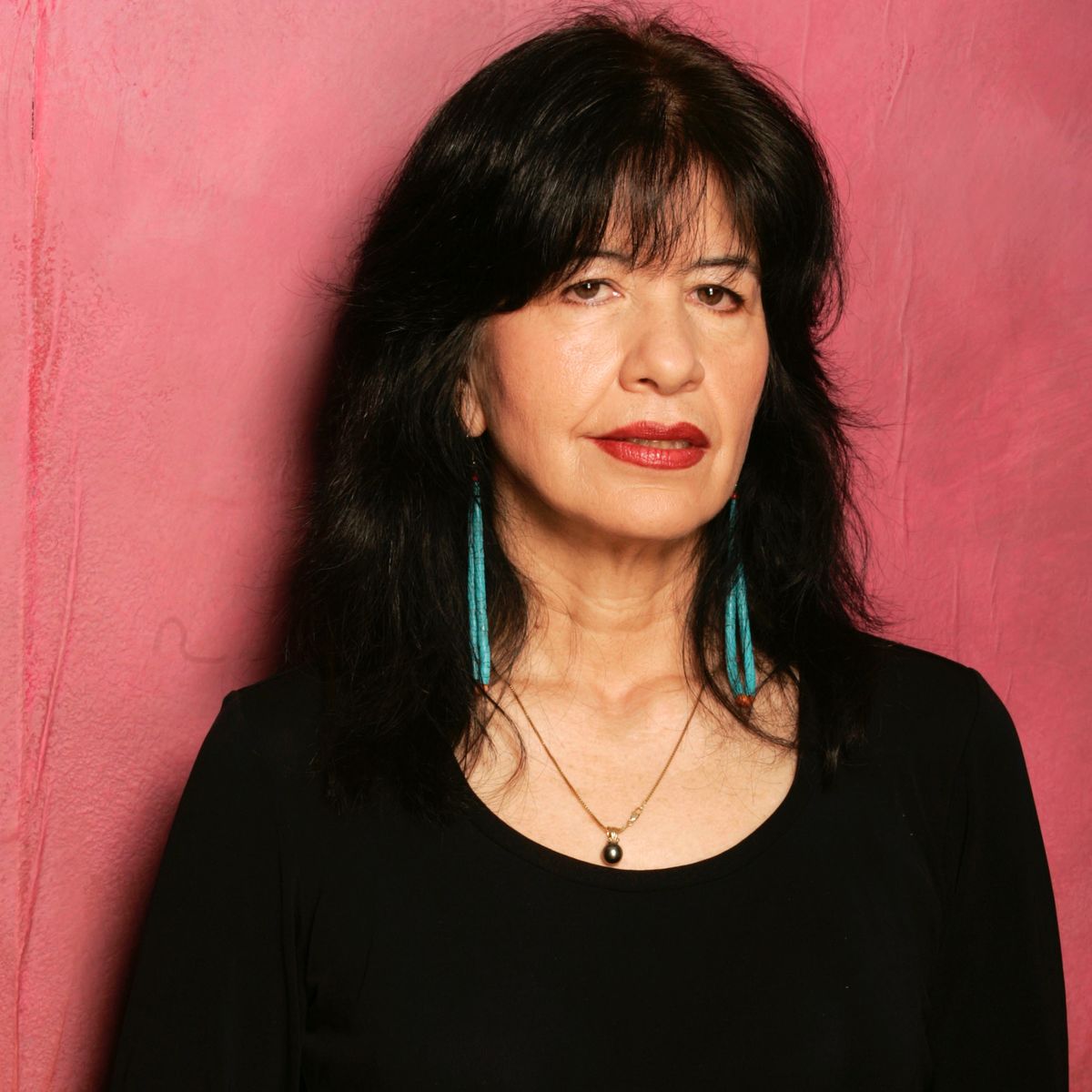 Who Is Joy Harjo?

Joy Harjo is an enrolled member of the Muscogee/Mvskoke (Creek) Nation. From 2019 to 2022, she served as the 23rd Poet Laureate of the United States. Harjo was an artist and dancer before becoming a poet. As a student at the University of New Mexico in the 1970s, she participated in the Native rights movement and witnessed a renaissance of Native literature. Hearing contemporary Native poets inspired Harjo to start writing her own verses. Her poems have addressed Native experiences, as well as nature, social issues and her past. Harjo said in 2021, "If my work does nothing else when I get to the end of my life, I want Native peoples to be seen as human beings." She has appeared on HBO's Def Poetry Jam and is also a teacher and musician. In addition to poetry, Harjo has written memoirs, children's books, plays and screenplays.

When Was Joy Harjo Born?

Harjo's childhood in Oklahoma contained episodes of violence and conflict. Her Muscogee father suffered from alcoholism. Harjo's parents eventually divorced, but when her Cherokee-European mother married again, Harjo ended up with an abusive white stepfather.

Harjo has called herself "a child who was afraid to speak." Yet she was a skilled artist and used drawing and painting as a creative outlet; This connected Harjo to her grandmother, Naomi Harjo, and her aunt, Lois Harjo, both of whom had also been painters.

In 1967, Harjo's artistic talent got her into the Institute of American Indian Arts, then run by the Bureau of Indian Affairs. Attending this boarding school in Santa Fe, New Mexico, allowed Harjo to escape the difficult circumstances of her childhood. "I was lucky to end up going to school there," she said in 1989. "In a way, it saved me."

Harjo studied dance at school and became part of an all-Indian drama and dance troupe, one of the first such endeavors in the country.

How Joy Harjo Became a Poet

After Harjo's tour with her troupe ended, she returned to Oklahoma. There, she became a mother at age 17. She spent a few years in different jobs, including pumping gas in a miniskirt. Then she enrolled at the University of New Mexico.

Harjo started as a pre-med student but soon returned to her artistic interests. She joined a Kiva club that brought attention to Native American issues and heard contemporary Native poets for the first time. At the age of 22, she began writing poetry herself. She later told Time magazine, "I started writing poetry out of a sense of needing to speak not only for me but all Native American women."

In 1976, Harjo graduated from the University of New Mexico with a major in creative writing. She continued to study writing at the Iowa Writers' Workshop, where she obtained a Master of Fine Arts degree in 1978. However, the setting was not welcoming for Harjo, who later stated, "I was invisible, or ghettoized."

What Is Joy Harjo Most Known For?

Among Harjo's books of poetry are What Moon Drove Me to This? (1980), which she later said contained "probably only two good poems," and She Had Some Horses (1983). In Secrets From the Center Of the World (1989), Harjo's writing accompanied images by photographer and astronomer Stephen Strom. Harjo won an American Book Award for In Mad Love and War (1990). She has also shared her work in The Woman Who Fell From the Sky (1994) and Conflict Resolution for Holy Beings (2015). Harjo's poems in An American Sunrise (2019) addressed the violence and loss that stemmed from the 19th-century Indian Removal Act. Weaving Sundown in a Scarlet Light: 50 Poems for 50 Years, a collection of poetry to honor her lengthy and impactful career, was released in 2022.

Harjo discussed her childhood in the memoir Crazy Brave (2012). Her 2021 memoir Poet Warrior covered an ancestor's journey on the Trail of Tears and the forced displacement of Native tribes from their homelands to land in what became Oklahoma. Harjo is also a screenwriter, playwright and the author of two books for younger readers.

Harjo has won the Ruth Lilly Poetry Prize (2017) and received a Lifetime Achievement Award at the 2022 National Art Awards. She is an inductee of the Amer­i­can Acad­e­my of Arts and Let­ters and the Nation­al Native Amer­i­can Hall of Fame.

On June 19, 2019, the Library of Congress named Harjo the 23rd Poet Laureate of the United States. She officially began her tenure in September of that year. Harjo served three consecutive terms as poet laureate—the second poet to do so. She stepped down from the post in 2022.

While in the role, Harjo collaborated with the Geography and Map Division and American Folklife Center at the Library of Congress on a project known as "Living Nations, Living Words." This interactive online map and digital archive feature the work and biographies of 47 contemporary Native poets, including Louise Erdrich, Natalie Diaz and Craig Santos Perez. It launched in November 2020. A companion book, Living Nations, Living Words: An Anthology of First Peoples Poetry, was published in 2021.

When Harjo was 40, she learned to play the tenor and soprano saxophones. She has incorporated music into performances of spoken-word poetry and feels this addition has strengthened her work. "I've listened back to early poetry performances, before my musical experiences with poetry, and I sound flat, almost monotone," she said in 2019.

Harjo performed with the band Poetic Justice before touring with the Arrow Dynamics Band. She has also released several albums.

Harjo gave birth to her son Phil when she was 17 years old. A few years later, she had a daughter, Rainy Dawn, with Simon Ortiz, a fellow Native poet.

Harjo's relationship with Ortiz ended after a couple of years, and she raised her two children as a single parent. She later wed Owen Chopoksa Sapulpa.