Queen Elizabeth II and Prince Philip, who were married for more than 70 years, can boast of the longest marriage in British royal history. Their love story, which first began when a 13-year-old Elizabeth developed a crush on her older third cousin, lasted through Elizabeth's duties as queen, as well as Philip's need to adjust to life as her consort. Whether they were dealing with pushy royal courtiers, dynastic name squabbles or press scrutiny and scandal, they managed to remain a united front.

Elizabeth was smitten with Philip since she was a teenager

Princess Elizabeth encountered Prince Philip of Greece, her third cousin, a couple of times before love struck. They both attended the 1934 marriage of his cousin to Elizabeth's uncle, and were present for the coronation of Elizabeth's father, George VI, in 1937. But it wasn't until July 1939 that a 13-year-old Elizabeth was smitten by an 18-year-old Philip, who was then a naval cadet.

While the royal family was visiting the Royal Naval College, Philip was one of the few healthy cadets amidst an outbreak of mumps and chickenpox. He was selected to keep Elizabeth and her younger sister, Princess Margaret, company (likely due to some behind-the-scenes pushing from his uncle Louis "Dickie" Mountbatten). According to Marion Crawford, governess to the two princesses, Philip impressed Elizabeth with his ability to jump over tennis nets.

The next day Philip joined the royal family on their yacht, Victoria and Albert, for lunch. A young Elizabeth continued to admire him as he ate copious amounts of shrimp, followed by a banana split. Crawford would relate that Elizabeth couldn't take her eyes off Philip, though at that point the older teen didn't reciprocate her feelings.

The pair kept their engagement a secret for a year

Elizabeth and Philip wrote to each other after World War II broke out (Philip served in the British Royal Navy). When they met at Windsor Castle for Christmas in 1943, Philip got to see the future queen perform in a pantomime of Aladdin, and observers witnessed signs of a blossoming romance. Elizabeth kept his photo on her mantel, while Philip carried her picture with him during the war.

The romance continued in peacetime, with outings such as visits to the theater. In 1946 Philip asked Elizabeth to marry him; she agreed without even seeking her parents' permission. Her father, understanding his daughter's feelings but worried about her age, asked them to wait a year until Elizabeth was 21 before publicly announcing the engagement.

Courtiers around the royal family were less welcoming. Though Philip was a royal who, like Elizabeth, could claim Queen Victoria as a great-great-grandmother, his life held more rough spots than Elizabeth's. A baby when his family had been exiled from Greece, he was seen as foreign, poor and not showing proper deference to the British royal family. But Elizabeth was determined to marry the man she wanted, and her family had come to appreciate her fiancé. Their engagement was announced on July 9, 1947. 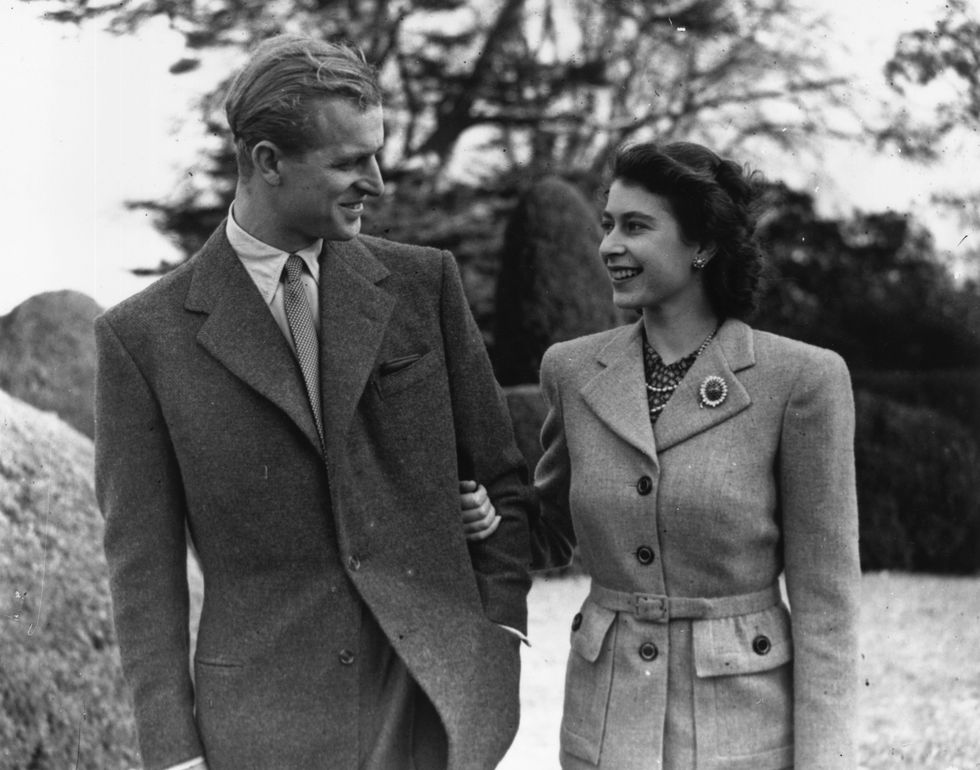 Before getting married, Philip gave up his titles and place in the line of succession to the Greek throne. He was naturalized as a British citizen and became Philip Mountbatten (he'd used no surname as a prince). He was also confirmed in the Church of England. And he agreed not to invite his sisters to the wedding (wartime memories were still fresh and all three were married to Germans).

Thanks to his father-in-law George VI, on his wedding day of November 20, 1947, Philip received the titles Duke of Edinburgh, Earl of Merioneth and Baron Greenwich. His wedding day was also the day he gave up smoking, a decision he made because Elizabeth abhorred her father's cigarette addiction.

On her honeymoon, Elizabeth wrote to her parents that she and her new husband "behave as though we had belonged to each other for years! Philip is an angel." In 1949, Elizabeth joined Philip in Malta after he was named second-in-command of a destroyer (their new baby, Prince Charles, remained in England with a nanny and his grandparents).

Philip was next given command of his own ship, but in 1951 he went on leave from the Navy. His father-in-law's health was declining and help was required with royal obligations. In 1952, Elizabeth's father died and she became Queen Elizabeth II. This change came earlier than expected, as George VI was just 56 when he passed away.

Ascending to the throne meant that Elizabeth took on royal duties she'd spent years preparing for. But Philip had to adjust to being his wife's consort, such as needing to walk a few steps behind her in public. He later admitted, "I thought I was going to have a career in the Navy, but it became obvious there was no hope.… There was no choice. It just happened. You have to make compromises. That's life. I accepted it. I tried to make the best of it."

After Elizabeth became queen, Philip's uncle Dickie Mountbatten declared, "The House of Mountbatten now reigns." Yet Elizabeth's grandmother, Queen Mary, and Winston Churchill, then the prime minister, did not agree. They spoke to the new monarch, who decreed that she and her descendants would rule as the House of Windsor. An upset Philip said to friends, "I am the only man in the country not allowed to give his name to his own children. I am nothing but a bloody amoeba."

Rumors circulated that Philip was unfaithful

Some of Philip's activities, like his gentleman's lunch club and the tours he took in the 1950s on the royal yacht Britannia, led to speculation about possible infidelities. In 1957, The Baltimore Sun carried a story that said he was "romantically involved with an unnamed woman whom he met on a regular basis in the West End apartment of a society photographer." The palace followed this report with a denial: "It is quite untrue that there is any rift between the queen and the Duke." The Crown suggests Philip was involved with a Russian ballerina, but there's little evidence to support this.

Philip once addressed the logistics of his conducting affairs, asking, "How could I? I’ve had a detective in my company, night and day, since 1947." But Sarah Bradford wrote in her biography of Elizabeth: "Since the alleged 'party girl' affair in the mid-1950s, Philip has learned to carry on his flirtations and relationships in circles rich and grand enough to provide protection from the paparazzi and the tabloids."

Despite the close attention paid to the royal family, no infidelity on Philip's part has ever been confirmed. However, certainty about Philip's faithfulness seems impossible to pin down, something he acknowledges. According to a royal cousin, Philip once said, "The way the press related it, I had affairs with all these women. I might as well have and bloody enjoyed it."

In 1957, Elizabeth made her husband a Prince of the United Kingdom. And in 1960, she acknowledged his ongoing unhappiness about their children not taking his name by deciding that their descendants could use the surname Mountbatten-Windsor. However, her compromise only went so far, as the royal family would continue to be known as the House and Family of Windsor.

Lord Charteris, private secretary to the queen, once said, "Prince Philip is the only man in the world who treats the queen simply as another human being. He's the only man who can. Strange as it may seem, I believe she values that." It's one reason why their love story resulted in such a long-lasting relationship.

While celebrating their 50 years of marriage in 1997, Elizabeth lauded Philip: "He is someone who doesn't take easily to compliments but he has, quite simply, been my strength and stay all these years, and I, and his whole family, and this and many other countries, owe him a debt greater than he would ever claim, or we shall ever know."

→ More Photos of the Royal Family 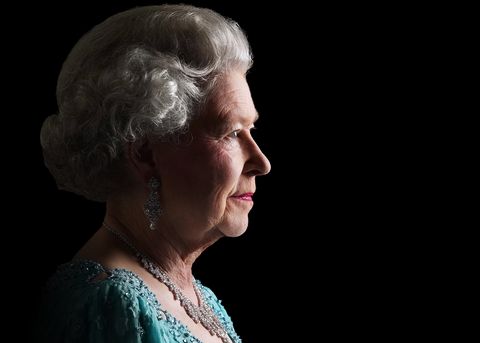