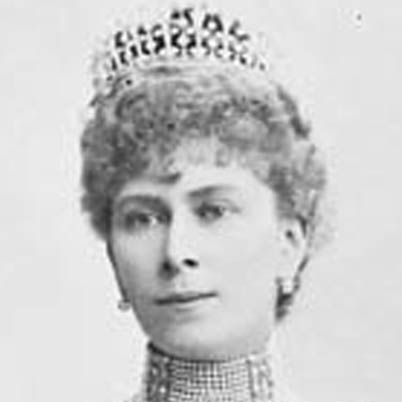 Who Was Mary of Teck?

Mary of Teck, also known as Victoria Mary of Teck, was raised in an upper-class family in Great Britain. After losing her first fiancé to influenza, she married his brother, the future King George V. During her reign as consort, she was a strong advocate for her husband as the kingdom experienced change. When the king fell ill, she attended to him until his death. Afterward, she endured her son, Edward VIII's, abdication of the throne and continued her charitable service to her country until her death.

Mary of Teck, christened with the names, Victoria Mary Augusta Louise Olga Pauline Claudine Agnes, was born on May 26, 1867, in London, England. She was the only daughter of Francis, Duke of Teck (a small principality in Germany), and Mary Adelaide of Cambridge, a member of the British Royal Family. Informally known as "Princess May" after the month in which she was born, she was the eldest of four children and early on served as peacemaker to her three male siblings.

Young Princess Mary was educated at home by her mother and a governess. Though her mother was descended from King George III of Great Britain, they were only minor members of the British Royal Family. Before Mary's 16th birthday, the family became deep in debt, and from 1883 to 1885 they lived on the Continent with relatives in order to economize. During this time, Mary served as her mother's unofficial secretary, helping to organize parties and social events.

At age 24, she became engaged to Prince Albert Victor (known as Eddy), the Prince of Wales and eldest son of Edward VII of Great Britain. The choice of Mary as his bride was influenced by Queen Victoria, who was very fond of her and her strong character and sense of duty. Tragically, Albert died a few weeks before their wedding, during the influenza pandemic of 1891-92.

During her mourning period, Albert's brother, Prince George, Duke of York, became close to Mary, and in May, 1893, he proposed. They were married in July of that year and went on to have six children. Though the children were cared for by a nanny, as was the tradition with many upper-class families, Mary was a caring mother who spent time with her children, revealing her fun-loving side and teaching them history and music.

READ MORE: Edward VII, George V and Edward VIII: The Complicated Relationship Between the British Kings and Their Heirs

As Duke and Duchess of York, George and Mary carried out their public duties, making several official tours of the British Empire. On May 6, 1910, George's father, Edward VII, died. George ascended the throne as George V, and Mary became Queen Consort. When World War I broke out, Queen Mary instituted food rationing at the palace, and the couple frequently visited wounded servicemen.

As George V faced transformational change in Great Britain after the war, Queen Mary was his most dedicated adviser on matters of state. She remained self-assured and calm in public appearances during the civil unrest over social conditions, Irish independence and Indian nationalism. As George V became increasingly ill due to a lung condition, Queen Mary paid greater attention to his care. In 1935, the couple celebrated their silver jubilee, and during his speech George paid public tribute to his wife with great emotion and sincerity.

On January 20, 1936, George V died, and his eldest son, Edward, ascended the throne. Within a year, Edward abdicated to marry his American mistress, Wallis Simpson. Queen Mary was dismayed at her son's decision to put personal feelings above duty, but resigned herself to the decision and turned her support to her next son, Albert Frederick Arthur George, (known as Bertie) who would ascend the throne as George VI. Throughout her son's reign, Queen Mary took a strong interest in the upbringing of her two granddaughters, Elizabeth and Margaret. During World War II, she once again made visits to the troops and factories, and directed campaigns for salvaging scrap metal for the war effort.

In 1952, King George VI died, and Queen Mary's eldest granddaughter, Elizabeth, ascended the throne as Queen Elizabeth II. Queen Mary died the next year at age 85, only 10 weeks before her granddaughter's coronation. The ocean liners RMS Queen Mary and RMS Queen Mary 2 were named in her honor, as was Queen Mary College at the University of London. It has been said that Queen Mary was above politics, and that she was humorous and worldly, though sometimes cold and hard, but always totally dedicated to her husband and her position as queen.