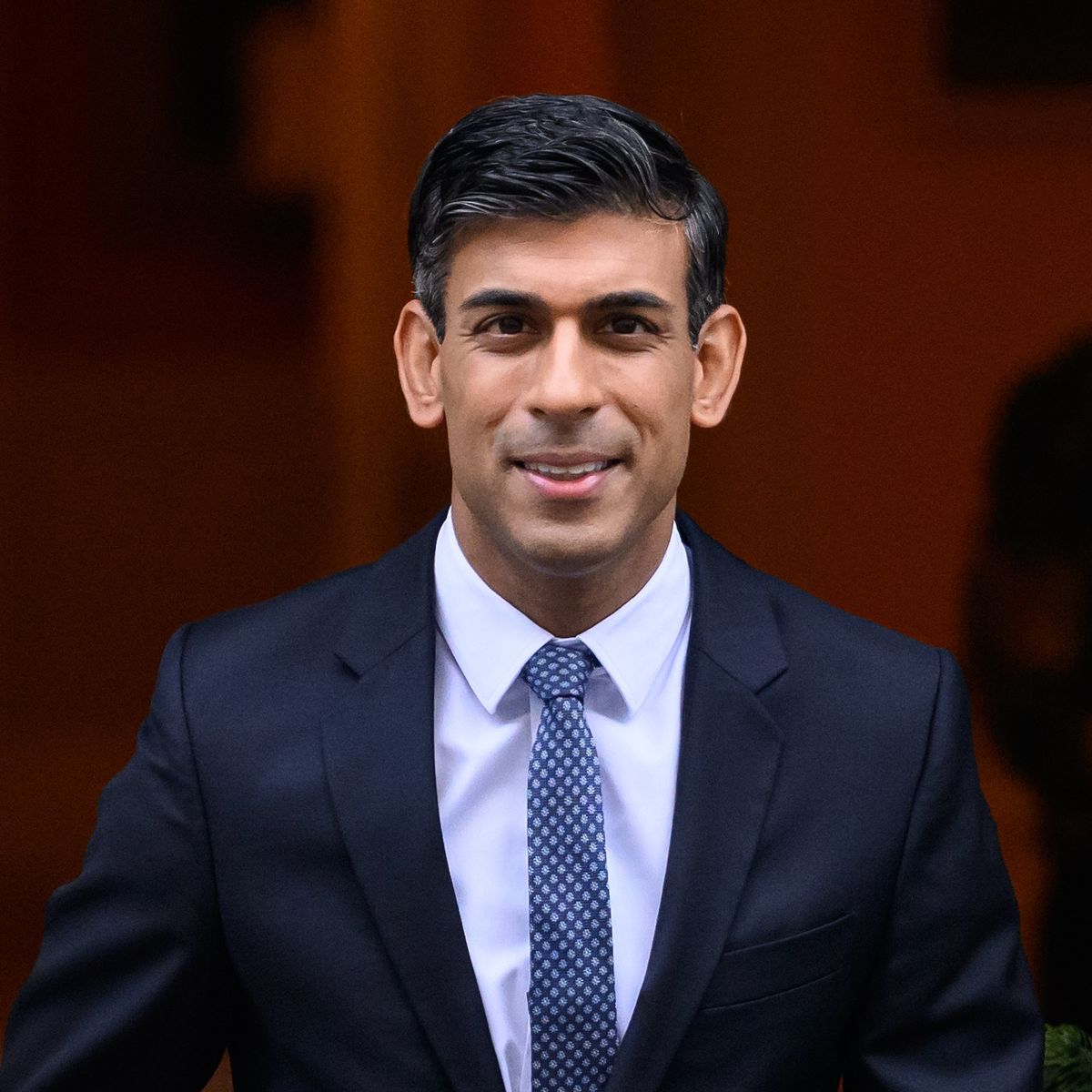 Who Is Rishi Sunak?

Following a successful early career in finance, Rishi Sunak entered Parliament as a Conservative MP from Richmond in 2015. Named Chancellor of the Exchequer just five years later, he earned praise for devising a massive bailout package to support struggling businesses and individuals amid the spread of Covid-19. Sunak fell short in his initial bid for the Conservative Party leadership, but he became the U.K.'s first prime minister of color when Liz Truss abruptly resigned from the post in October 2022.

How Old Is Rishi Sunak?

Sunak's parents were born to Indian-origin families in East Africa before moving to England in the 1960s. His father, Yashvir, became a general practitioner in the National Health Service, and his mother, Usha, operated a pharmacy.

The oldest of three children, Sunak developed an early love for cricket and a knack for business by helping out at the family pharmacy.

Although an expected scholarship to Winchester College never materialized, Yashvir and Usha accepted the financial burden of sending their son to the prestigious boarding school, with Sunak contributing by working as a waiter on holidays. He went on to edit the school newspaper, The Wykehamist, and became Winchester's first "head boy" from an Indian background.

Sunak then enrolled at the University of Oxford's Lincoln College, where he studied the Philosophy, Politics and Economics curriculum. Not prominently involved with the school's political circles, he instead became president of the Oxford University Investment Society, before graduating with a first-class degree in 2001.

Sunak began his professional career as a junior analyst in the London branch of Goldman Sachs, where he focused on American stocks in the media and transportation sectors. Following his time at Stanford, he returned to England to enter the booming hedge fund industry as a partner at The Children's Investment Fund (TCI).

The splintering of TCI sent Sunak back to California in 2010 to work for a former boss at the hedge fund Thélème Partners. He later took over as director for his father-in-law's investment firm, Catamaran Ventures, from 2013-15.

Before his start in politics, Sunak also served as a board member for a Boys & Girls Club in California, a governor of the East London Science School and as director of the Black and Minority Ethnic (BME) Research Unit of the right-center think tank Policy Exchange.

Sunak launched his political career with a bid to replace longtime Conservative MP William Hague in the constituency of Richmond, North Yorkshire, in 2015. Although there was concern over how he would fare in the rural, mostly white region, the newcomer won over residents to claim more than 50 percent of the vote.

His rapid rise fueled by a sharp intellect and polished manner, Sunak became a parliamentary private secretary at the Department of Business, Energy and Industrial Strategy in June 2017 and then under secretary of state at the Ministry of Housing, Communities and Local Government the following January. Along the way, the neophyte MP made a name for himself by opposing Prime Minister David Cameron to come out in favor of Brexit.

After backing the leadership campaign of former Foreign Secretary Boris Johnson, Sunak was rewarded with the post of chief secretary to the Treasury in July 2019 and even stood in for Prime Minister Johnson during general election debates later that year.

Chancellor of the Exchequer

In February 2020, just seven months after joining the Treasury, Sunak became its head as the second-youngest-ever chancellor of the Exchequer.

Initially tasked with meeting a tight deadline for the budget, Sunak quickly turned his focus to emergency measures to prop up the British economy amid the rapid spread of Covid-19. After announcing a £350 billion rescue package for businesses on March 17, he soon followed with pledges to support both furloughed workers and the self-employed.

While other measures, such as his "eat out to help out" plan, failed to make much of an impact, the chancellor's popularity soared with his demonstration of capable leadership and a willingness to buck his Conservative convictions to continue financially supporting struggling businesses and individuals.

Beyond his pandemic-related management, Sunak hosted the G7 Summit in June 2021 and oversaw the western powers' agreement to establish a landmark global corporation tax. The following spring, he signaled his intention to back the emerging cryptocurrency market with the announcement that he had asked the Treasury to design a non-fungible token (NFT).

Although he endured public embarrassment for breaking lockdown rules, Sunak leveraged the resentment over Johnson's scandal-plagued premiership to resign as chancellor on July 5, 2022, setting off a wave of government departures that forced the prime minister to step down two days later.

One of 11 candidates who declared their intention to succeed Johnson, Sunak decried the "fairy tale" tax cuts proposed by his competitors. Although he emerged as an early favorite for the party leadership as Conservative MPs whittled the field down to two, Sunak ultimately lost the final round of voting to incumbent Foreign Secretary Liz Truss, who became the U.K. prime minister on September 6, 2022.

However, Truss's premiership caved beneath the financial turmoil caused by her plan to slash taxes and freeze household energy bills. With most of her economic proposals overturned amid a surging inflation rate, Truss announced the end of her historically brief tenure as prime minister on October 20, 2022.

Sunak became the only candidate to receive the necessary backing of 100 fellow MPs, enabling him to take office as the first U.K. prime minister of color on October 24, 2022.

"When the opportunity to serve comes along, you cannot question the moment, only your willingness," he declared in his acceptance speech. "So, I stand here before you ready to lead our country into the future, to put your needs above politics, to reach out and build a government that represents the very best traditions of my party. Together, we can achieve incredible things."

Sunak met entrepreneur Akshata Murty, daughter of Infosys founder N. R. Narayana Murthy, while enrolled at Stanford. Following their high-profile wedding in August 2009, the couple went on to have daughters Krishna and Anoushka.

Akshata came under scrutiny in April 2022 when it was revealed she did not pay U.K. taxes on her foreign earnings due to her "non-domicile" status. She later renounced that status to avoid being a "distraction" to her husband's political interests.

A devoted Hindu, Sunak is known for taking his oath of office on the Bhagavad Gita and for his public commemoration of the festival of Diwali.

Thanks, in large part, to his wife's family fortune, Sunak became the richest prime minister in U.K. history, with a reported net worth of £730 million as of May 2022. At the time, his properties included a mansion in Kirby Sigston, Yorkshire; two residences in west London; and a beach penthouse in Santa Monica, California.

Along with his professed interests in cricket, football and overall fitness, Sunak often cites his love for Star Wars on social media and reportedly owns a collection of lightsabers.