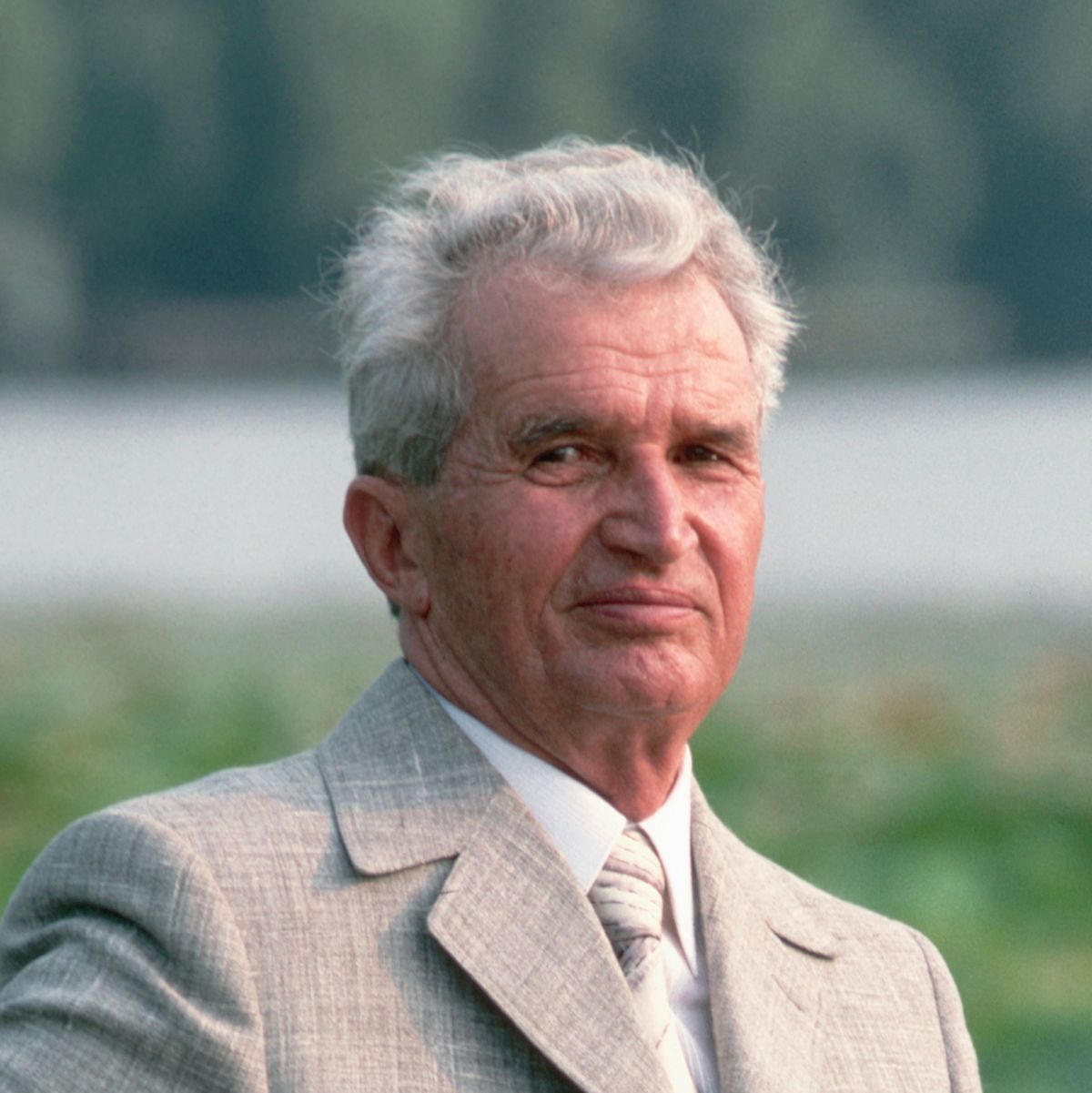 Who Was Nicolae Ceausescu?

Nicolae Ceausescu met future Romanian leader Gheorghe Gheorghiu-Dej in prison, and succeeded him after his death in 1965. He ruled Romania according to orthodox Communist principles, causing food shortages by forcing the export of most of the country's agricultural products. The resulting unrest led to the collapse of Ceausescu's regime and his execution in 1989.

Nicolae Ceausescu, Romania's iron-fisted Communist leader, was born on January 26, 1918 in the small, rural town of Scornicesti, just outside of Bucharest. The third of ten children, Ceausescu grew up poor, receiving only an elementary school education. By age 11, he was employed in one of the many factories that dotted the Bucharest landscape. No doubt shaped by these early struggles and the appeal of Communism's promise for a better future, Ceausescu joined Romania's worker movement in 1932.

By the mid-1930s, Ceausescu was a rising leader in the Union of Communist Youth. After joining the underground Communist Party, he was arrested and sentenced to 30 months in prison. He served his time at Doftana Prison in Brasov, a harsh facility where authorities were known for their brutal handling of the inmates. Ceausescu did not escape their wrath, and the physical abuse he endured there left him with a permanent stutter.

While in prison, Ceausescu met Gheorghe Gheorghiu-Dej, an influential revolutionary leader who quickly grew fond of his younger prison-mate. Gheorghiu-Dej took Ceausescu under his wing, introduced him to other party elders and instructed him in Marxist-Lenin theories.

In 1944, with the Axis powers starting to lose ground, followed by the Soviet invasion of Romania, Ceausescu escaped from prison. Within a year, as Romania fell under Communist rule, the young leader began his climb to power.

By 1945, Ceausescu was made brigadier general in the Romanian Army. Over the next two decades, with his old friend, Gheorghiu-Dej—having claimed power as the country's top ruler—Ceausescu took on an increasingly prominent role in the country's government and Communist party. In 1955, he was made a full-time member of the Politburo, and was soon managing the party's organization structure and cadres. Just before Gheorghiu-Dej died of cancer in 1965, he tapped Ceausescu as his successor.

As Romania's supreme ruler, Ceausescu sought closer ties to the West. He welcomed newly elected President Richard Nixon in 1969 and traveled extensively. He also fostered more agricultural and industrial development, and tried to foster a better relationship with China.

But his grand endeavors to help his country's domestic situation, hurt more than helped Romania's people. Brought on by Ceausescu's ambitious building projects of the 1970s, the country faced severe debt levels in the 1980s. Ceausescu managed to cut the deficit in half, but in doing so, plunged his country's standard of living to levels that put the country near the bottom of Europe.

Presiding with his wife Elena, whom he tapped as deputy prime minister, Ceausescu turned his back on Soviet President Mikhail Gorbachev and his calls for broad economic reform, and instead voiced his preference for traditional central planning. Shortly before losing power, Ceausescu caused panic throughout the country when he threatened to bulldoze rural settlements of less than 2,000 people so that large agro-industrial centers could be constructed. His domestic rule also included surveillance of his citizens and violent reprisal against any dissent.

Loss of Power and Death

As Romania's standard of living failed to improve, Ceausescu's grip on power started to weaken. In November 1987, in a scene that would have been unthinkable just a few years before, thousands of workers stormed the Communist Party headquarters in Brasov. Records were destroyed, as was a grand portrait of Ceausescu.

Finally, in December of 1989, a popular revolt, aided by the army, pushed the Ceausescus from power and into the courtroom. As Romania wrestled with violence, the country's new leaders wanted to show the population that it no longer needed to worry about the Ceausescus.

On December 25, in a show trial that lasted less than an hour, the couple was charged with genocide and other crimes. Shortly after their conviction, the Ceausescus were led outside and executed by a firing squad. The two were buried at the Ghencea Cemetery in Bucharest.