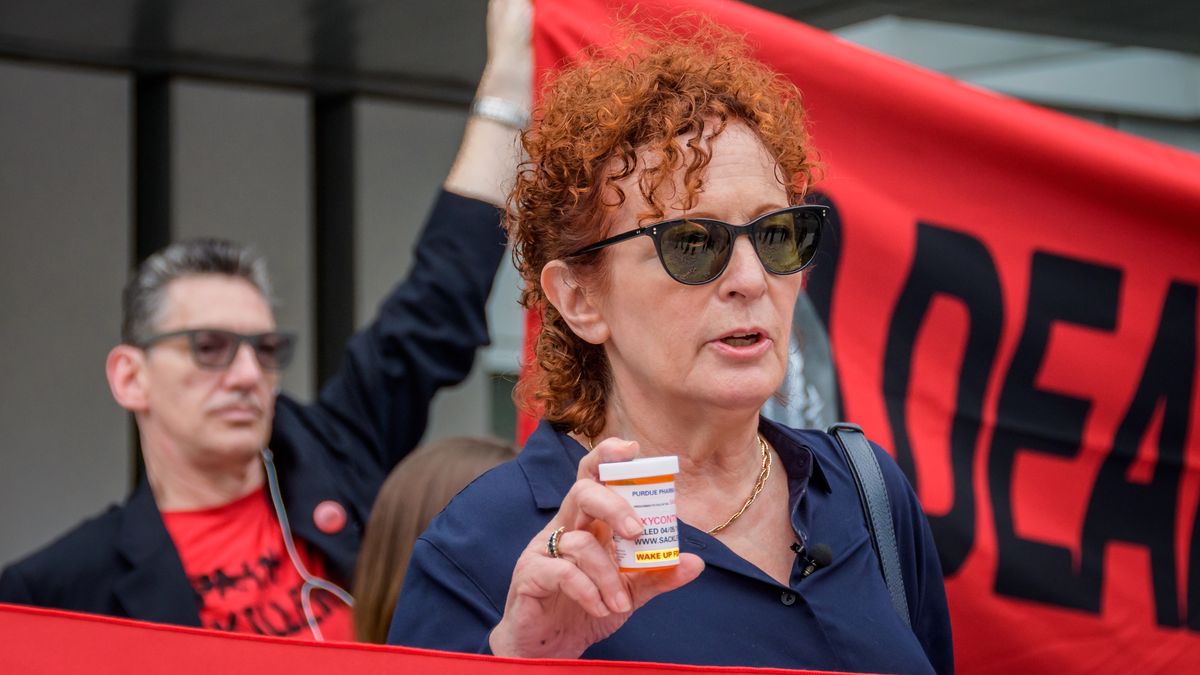 When celebrated photographer Nan Goldin waged a campaign against the makers of the pharmaceutical drug OxyContin in 2018, her motivation was personal: She had just come clean from an addiction to the drug, a period she called the darkest of her life.

Goldin started using OxyContin, an opioid to treat pain, in 2014 to deal with tendonitis in her wrist, which later required surgery. She was living in Berlin at the time and said she got addicted “overnight.” When she ran out of her prescription, she turned to a dealer in New York who sent her more pills via FedEx.

After she returned to New York from Berlin, she started buying the drug straight from a dealer. “I went from three pills a day, as prescribed, to eighteen,” she recalled. Her addiction to OxyContin came after she kicked an addiction to heroin from the 1970s and ‘80s.

“I had heard it was a really evil drug, but I didn’t think it would do me,” Goldin told the New York Times Style Magazine. “I thought I had a lot of control.” 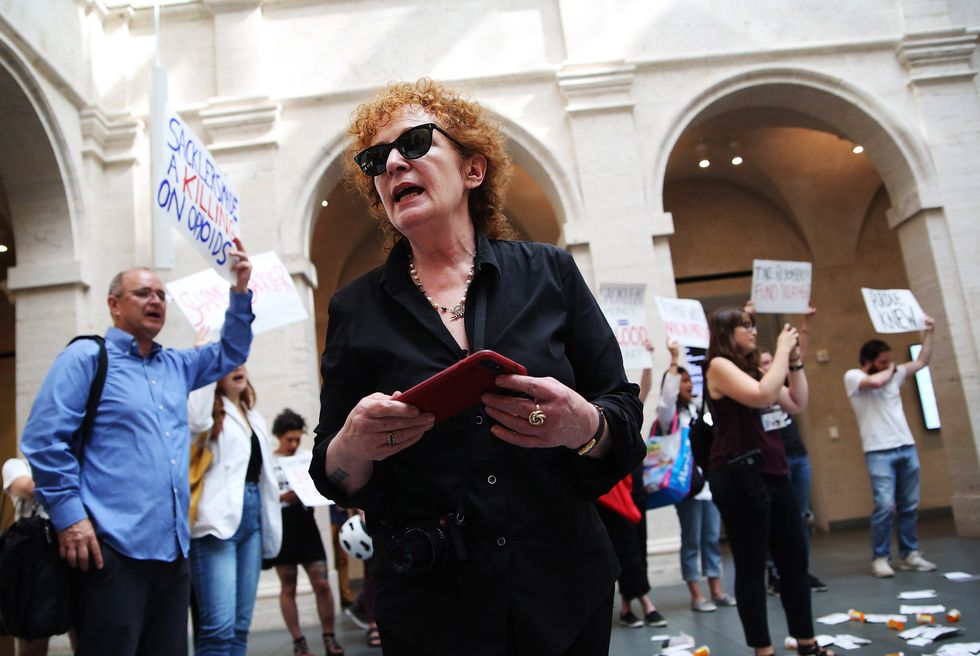 Photographer Nan Goldin leads a demonstration at the Harvard Art Museums in Cambridge, MA., on July 20, 2018, to protest the benefactor of the Sackler Art Museum, a founder of a pharmaceutical company that has made vast profits selling opioids.
Getty images / Boston Globe / Contributor

Three years later, after she completed a drug recovery program, Goldin penned an essay on Artforum detailing her experience with OxyContin and how she nearly died from an overdose.

“My life revolved entirely around getting and using Oxy,” Goldin wrote. “Counting and recounting, crushing and snorting was my full-time job. I rarely left the house. It was as if I was Locked-In. All work, all friendships, all news took place on my bed. When I ran out of money for Oxy I copped dope. I ended up snorting fentanyl and I overdosed.”

Goldin’s essay features photos of pills, cigarettes and other items spread haphazardly on the floor, self-portraits and various museum wings named after the Sackler family, who founded Purdue Pharma—the main manufacturer of OxyContin. Unlike the raw, intimate images of underground subcultures she's known for, these pictures, some of them blurry and unaligned, painted a hazy picture of the photographer's life while on OxyContin.

It took Goldin two and a half months of rehab before she felt in control of her life again.

"When I got out of treatment I became absorbed in reports of addicts dropping dead from my drug, OxyContin," she wrote. "I learned that the Sackler family, whose name I knew from museums and galleries, were responsible for the epidemic. This family formulated, marketed, and distributed OxyContin. I decided to make the private public by calling them to task. My first action is to publish personal photographs from my own history."

After she got clean, Goldin said she owed it to people affected by the opioid epidemic to “make the personal political.”

“I knew of no political movements on the ground like ACT UP,” she wrote, referring to the group founded in the 1980s to bring attention to the AIDS crisis. “Most of my community was lost to AIDS. I can’t stand by and watch another generation disappear.”

Goldin did much to document the AIDS crisis, including curating a show called “Witnesses: Against Our Vanishing,” which included photographs of friends she lost to the epidemic.

In the Artforum essay, she wrote that she was starting a group called Prescription Addiction Intervention Now (P.A.I.N.) to hold the Sackler family accountable. “To get their ear we will target their philanthropy,” she said. "They have washed their blood money through the halls of museums and universities around the world.”

In 2018, the group staged a high-profile protest at the Sackler Wing of the Metropolitan Museum of Art in New York–named for the Sackler family. Goldin led the protestors as they threw prescription bottles labeled OxyContin into a reflecting pool. They yelled “Shame on Sackler!” and “Sacklers lie, thousands die!” The protesters called for museums and other cultural institutions not to accept money from the Sacklers.

The group went on to stage multiple demonstrations at other museums. Its main focus since 2018 has been a Change.org petition calling for the Sackler family and Purdue Pharma to fund treatment centers and education programs for OxyContin use and correct the misinformation regarding opioids.

“As artists and activists we demand funding for treatment: 150 people will die today, 10 while we are standing here, from drug overdoses,” Goldin said, adding, “We want the Sacklers to put their money into rehab not museums.”

In a new documentary, All the Beauty and the Bloodshed, which tells the story of that activism, as well as her groundbreaking art career, Goldin says, “My anger at the Sackler family is personal, when you think of the profit off peoples’ pain. You can only be furious."

P.A.I.N. has had success. In December 2021, the MET announced they were removing the Sackler name from seven exhibition spaces in the museum. In October 2022, the Victoria and Albert Museum in London removed the Sackler name, three years after Goldin led a “die-in” at the museum’s courtyard. That was the fifth museum to do so of the six that Goldin’s group had protested, leaving the Arthur M. Sackler Museum at Harvard University as the only holdout.

“Photography’s like a flash of euphoria,” she says in the film, “and it gave me a voice.”