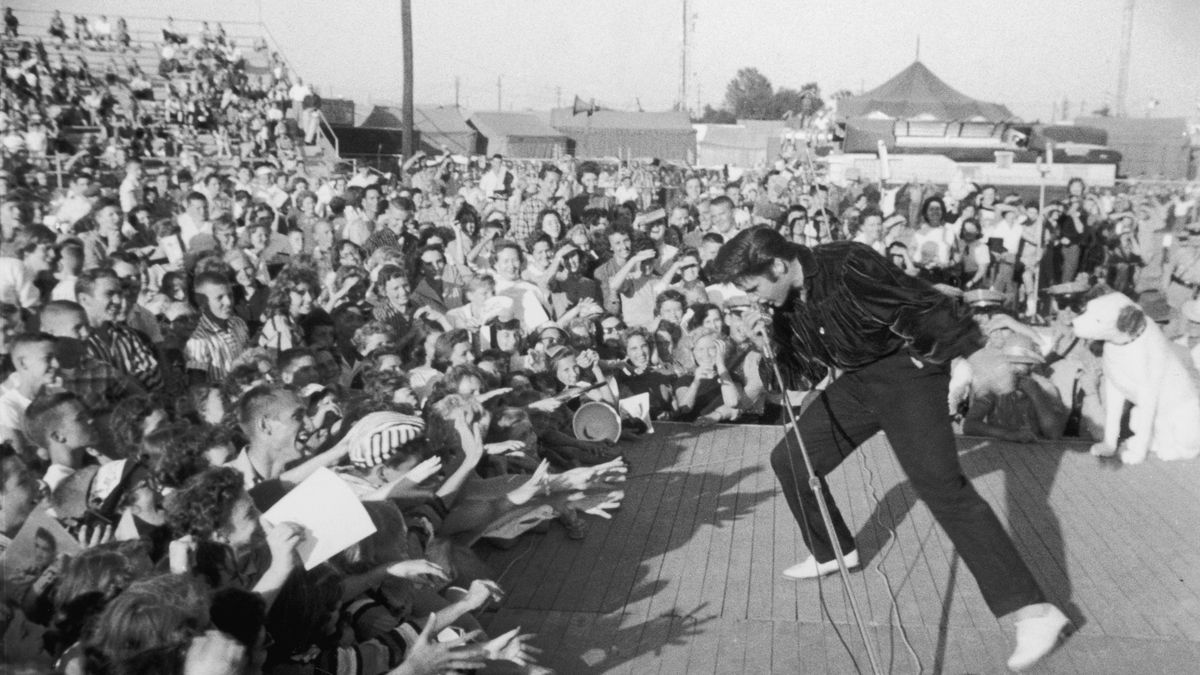 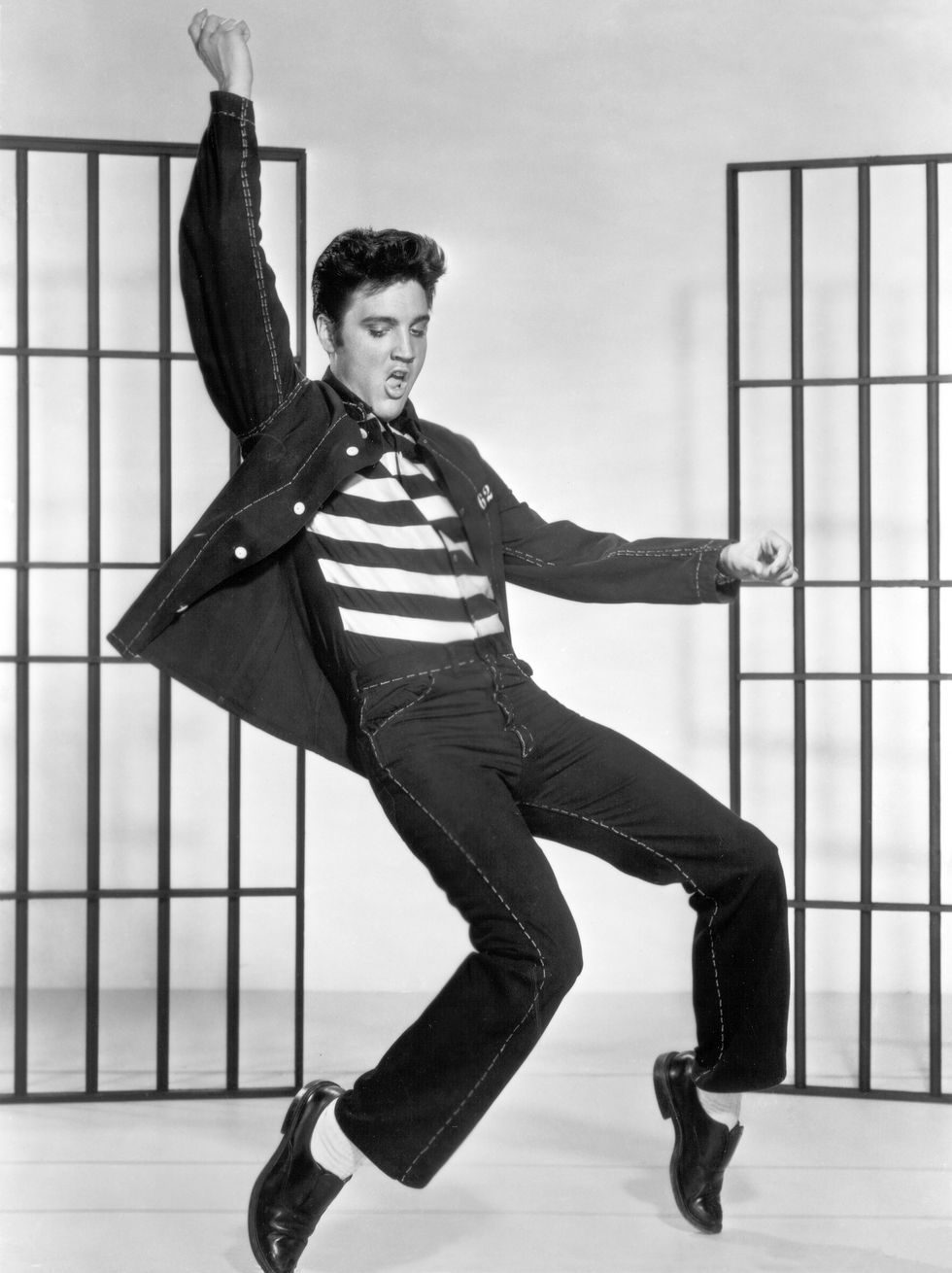 A peek at any of Elvis Presley's early television performances from the mid-1950s quickly reveals the magnetism that made audiences swoon.

There's the perfectly coiffed pompadour and mesmerizing gaze, a gentle demeanor jolted by a sudden hip thrust before settling into an aw-shucks grin. It's easy to see how the Southern boy, his moves matched by a tender, yearning voice, became the "King" of popular entertainment. And it's hard to imagine that he was ever anything but one cool dude.

Yet, that carefully practiced stage presence was a 180-degree reversal from the Elvis who came of age in Mississippi and Tennessee. His charismatic showmanship rarely surfaced during a childhood marked by unpleasant bullying and a long-simmering desire to achieve musical fulfillment in the face of crippling shyness.

Where Did Elvis Spend His Childhood?

Elvis was born in January 1935, during the depths of the Great Depression, in East Tupelo, Mississippi, in a modest two-room "shotgun" shack that defined the humble circumstances of his early childhood. His twin brother, Jessie, was stillborn.

According to Peter Guralnick's Last Train To Memphis: The Rise of Elvis Presley, there was no money to spare but plenty of affection showered on the boy by his parents, Vernon and Gladys, and the extended family who resided in the area. Fearful of exposing her sole surviving child to danger, Gladys was quick to threaten physical punishment if he dared escape from her sight.

An introverted Elvis reportedly had few close friends during his early years in East Tupelo, and teachers from that period largely remembered him as a "sweet and average" student. Still, there were signals of his unusual gifts as far back as age two, when he would scamper off his mother's lap at church and run over to join the choir in full swell.

He also possessed an understanding of his parents' grown-up struggles with employment and debts, and seemingly a sense of how he could fix their problems. "Don't you worry none, Baby," he told Gladys at one point. "When I grow up, I'm going to buy you a fine house and pay everything you owe at the grocery store and get two Cadillacs–one for you and Daddy, and one for me.'" 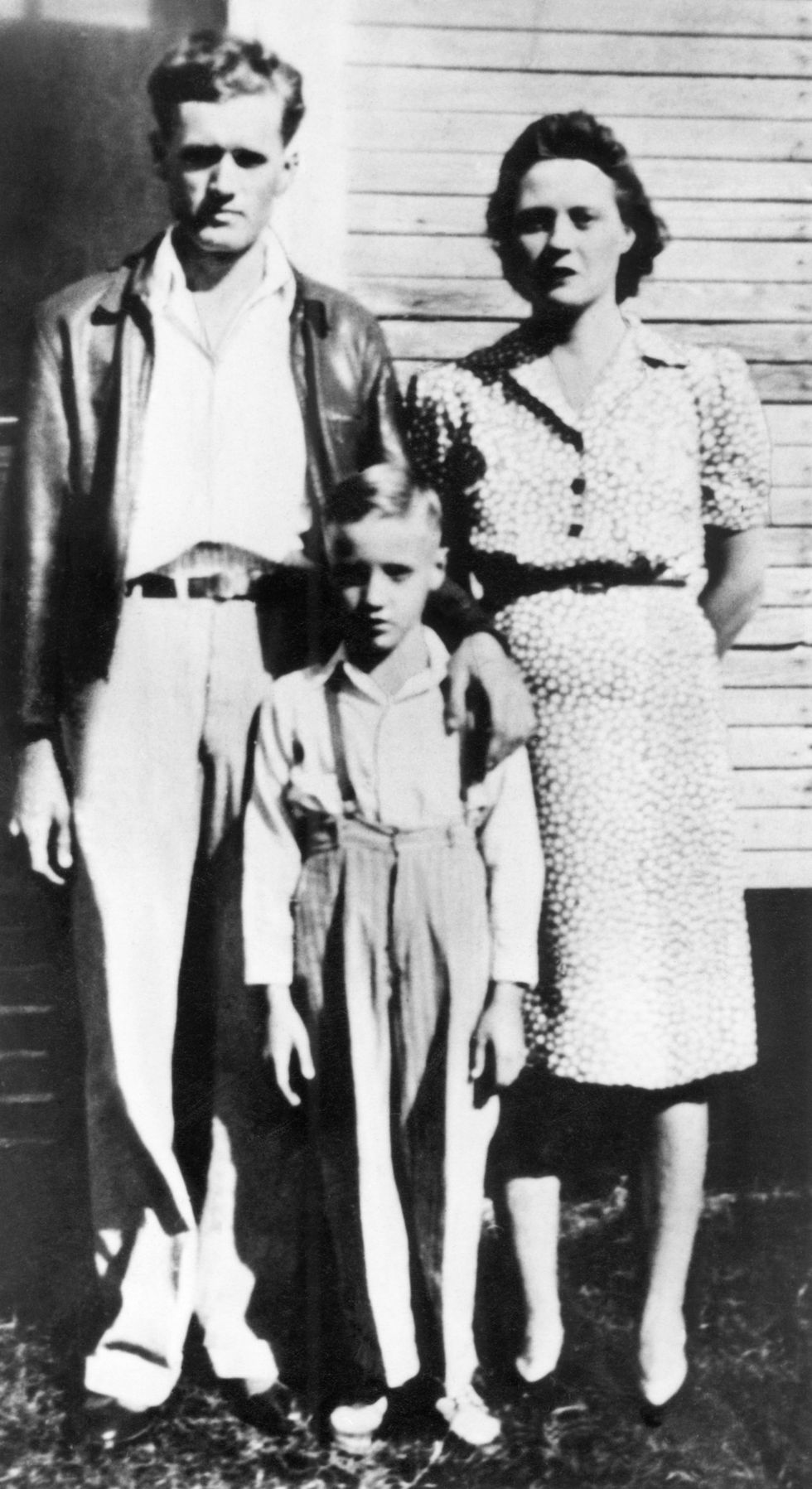 Elvis as a child with his parents, Vernon and Gladys Presley; Getty Images / RB / Staff

The first outward sign of the future entertainer appeared during a talent contest at the 1945 Mississippi-Alabama Fair and Dairy Show, which featured a 10-year-old Elvis singing without musical accompaniment before several hundred witnesses. Elvis later recalled placing fifth in the contest and earning a whipping from his mother for trying out one of the scarier rides.

Not long afterward, Elvis received his first guitar. He was helped along in that endeavor by relatives and a young pastor and overcame his shyness enough to perform at a weekly amateur showcase and display his burgeoning talents to star local DJ Mississippi Slim.

Elvis carried his guitar to school every day by seventh grade at Milam Junior High. Other students recalled him playing during lunchtime and recess but rarely for any organized activity, since his taste for "hillbilly" (country) tunes was scorned by both teachers and classmates.

A few of the more aggressive detractors swiped his beloved guitar and cut the strings early in eighth grade. But by then, Elvis had engendered enough goodwill among classmates that they raised a collection to buy him new strings. As a gesture of thanks, Elvis gave them a mini-concert just before his family packed up and moved to Memphis, Tennessee, in November 1948.

Elvis Kept a Low Profile in His New High School 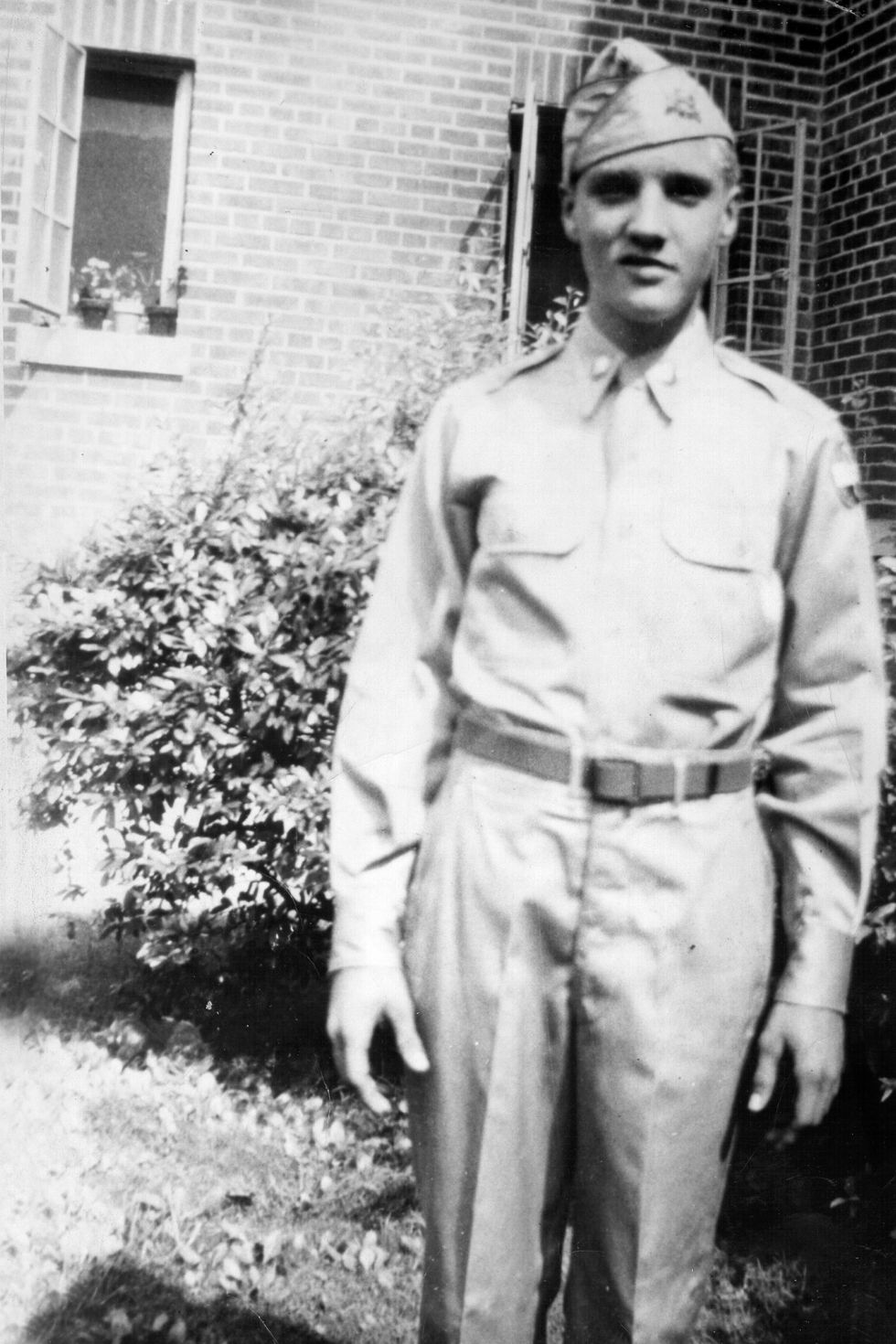 After enrolling at Memphis' 1,600-student Humes High School, Elvis was so overwhelmed by the unfamiliar sights and sounds that he turned and ran home shortly after his father dropped him off.

The newcomer returned the following day and did his best to blend into the crowd. But there was no sign of the guitar that accompanied him to Milam every day for more than a year. Notably, though, he sang for a music teacher to prove that his style was as valid as her preferences.

Elvis joined the ROTC as a sophomore, but he struggled to find acceptance within the classrooms and hallways of Humes. Future label mate Barbara Pittman recalled how her older brother and his friends "used to hide behind buildings and throw things at [Elvis]—rotten fruit and stuff—because he was different, because he was quiet and he stuttered, and he was a mama's boy."

Fortunately, the budding musician found his footing at Lauderdale Courts, the public housing complex that became his home for much of high school. Along with forging genuine friendships among other residents his age, he took guitar lessons from a talented older teenager at the complex and was regularly performing at parties and impromptu concerts outside soon after.

Friends and classmates noticed a marked change in Elvis during his final two years of high school; while still shy and soft-spoken, he nevertheless called attention to himself by wearing flashy jackets and dress pants and growing out his famous sideburns.

Naturally, this further aggravated the bullies who disliked anyone different, and one day several of them cornered Elvis in a bathroom with the intent to cut his hair before being thwarted by a football player and future "Memphis Mafia" associate Red West.

Yet, toward the end of his time in Mississippi, Elvis eventually won over many of his peers with talents that showcased an earnest heart. The turning point came at the school's annual minstrel show in April 1953, when the guitarist listed as "Elvis Prestly" impressed the audience with his rendition of Teresa Brewer's "Till I Waltz Again With You."

"When I came on stage, I heard people kind of rumbling and whispering and so forth, 'cause nobody knew I even sang," he later recalled. "It was amazing how popular I became after that."

Save for an awkward senior prom, Elvis enjoyed the final days leading up to his high school graduation in June 1953. And while the painful teenage years were not yet fully behind him, he took a giant step toward the kingdom that awaited when he walked into Sam Phillips' Sun Records studio for the first time later that summer, ready to put that soon-to-be-famous voice on tape.