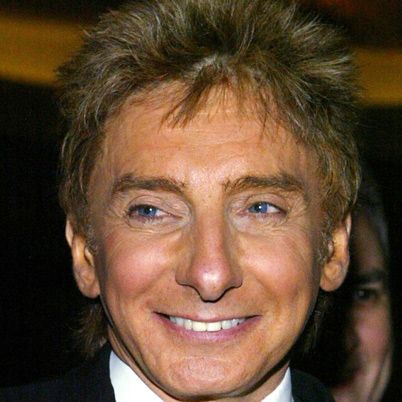 Born in Brooklyn, New York, in 1943, Barry Manilow attended the Juilliard School in New York City before writing music for television and advertising. In the 1970s, Manilow's voice could be heard singing "You Deserve A Break Today" on ads for McDonald's. His big break came when he teamed up with Bette Midler for a nightclub act, leading to solo hits like "Mandy" (1974), "I Write the Songs" (1975) and "Can't Smile Without You" (1978).

Born Barry Alan Pincus in Brooklyn, New York, on June 17, 1943, Barry Manilow is best known for his romantic and borderline saccharine songs. But before achieving stardom, Manilow was a whipping boy for the critics throughout much of the 1970s, even as he sold millions of albums and gained a huge audience base. Though he didn't always write music, even when recording work by other artists, Manilow cultivated a lush and melodic musical style that was popular during the pre-rock era. His style evolved during the early 1980s, from tame, string-laden, AM-radio pop to a more classic, jazzy sound influenced by both swing and 1930s and '40s Broadway show tunes (many of which he later covered).

Unabashedly embracing a sentimental style that appealed primarily to white middle-class women of the working and homemaking sort, it is unsurprising that this Brooklyn-born and -raised songwriter was frequently denounced by the male-dominated rock and rock critic worlds. Because female-associated forms of entertainment such as soap operas and romance novels have historically been devalued, entertainers catering to that audience have routinely been dismissed by mainstream critics.

Unlike his ragtag rock 'n' roll world counterparts, however, Barry Manilow's resumé has "professionalism" written all over it. After taking up a variety of instruments at an early age, Manilow attended both the New York College of Music and the prestigious Juilliard School in New York City, and became the musical director of a CBS network television show in 1967.

Thereafter, Manilow remained busy writing a successful off-Broadway adaptation of The Drunkard, doing musical arrangement work for Ed Sullivan Productions and writing a number of well-known commercial jingles for Dr. Pepper and Band-Aid, among other large companies. In the 1970s, Manilow's voice could be heard singing the McDonald's jingle "You Deserve a Break Today." He even released a medley of his commercials on one of his '70s albums.The 73-year-old singer, who has a dedicated, mostly female fan base called 'Fanilows,' said he was thinking of his fans when he kept his personal life private for most of his career. “I thought I would be disappointing them if they knew I was gay. So I never did anything,” Manilow said. “When they found out that Garry and I were together, they were so happy. The reaction was so beautiful — strangers commenting, ‘Great for you!’ I’m just so grateful for it.”

Barry Manilow got his foot in the door of the pop music world while working as part of a duo with the then-unknown Bette Midler. Working out of New York City gay bathhouses as her pianist, Manilow soon became her musical director and arranger, co-producing and arranging her Grammy Award-winning debut album and its follow-up. His own debut album, on the other hand, went nowhere, but his second album featured the number one Billboard Pop single, "Mandy," laying the groundwork for his rise to fame throughout the rest of the 1970s. Many more hit songs, including "I Write the Songs," "Looks Like We Made It," "Could It Be Magic" and "Copacabana (At the Copa)," followed, as did Grammy and Tony wins for a Broadway performance.

In the early 1980s, Manilow began to position himself as a modern interpreter of show tunes and pop standards, working with singers Mel Torme and Sarah Vaughan and veteran jazz instrumentalists Gerry Mulligan and Shelly Manne on 1984's 2:00 AM Paradise Cafe. He followed this same path on 1987's Swing Street and 1991's Showstoppers, on which he sang with Michael Crawford and Barbara Cook. One of Manilow's self-described career highlights was scoring music to a collection of unpublished lyrics by Johnny Mercer, the famed lyricist who penned a multitude of pop standards from the 1930s to the 1950s. From pop standards to show tunes, Manilow has captured a devoted audience who continue to maintain his importance to American music and popular culture.

As testament to his musical significance, Manilow was inducted into the Songwriters Hall of Fame in June 2002, alongside Sting and Michael Jackson.

After graduating high school, Manilow married Susan Deixler, but the marriage was short-lived and lasted just a year. According to People magazine, Manilow and his longtime manager Garry Kief secretly tied the knot in 2014. In 2017, Manilow opened up publicly for the first time about his sexuality and marriage to Kief in an interview with People magazine. The 73-year-old singer, who has a dedicated, mostly female fan base called 'Fanilows,' said he was thinking of his fans when he kept his personal life private for most of his career. “I thought I would be disappointing them if they knew I was gay. So I never did anything,” Manilow said. “When they found out that Garry and I were together, they were so happy. The reaction was so beautiful — strangers commenting, ‘Great for you!’ I’m just so grateful for it.”