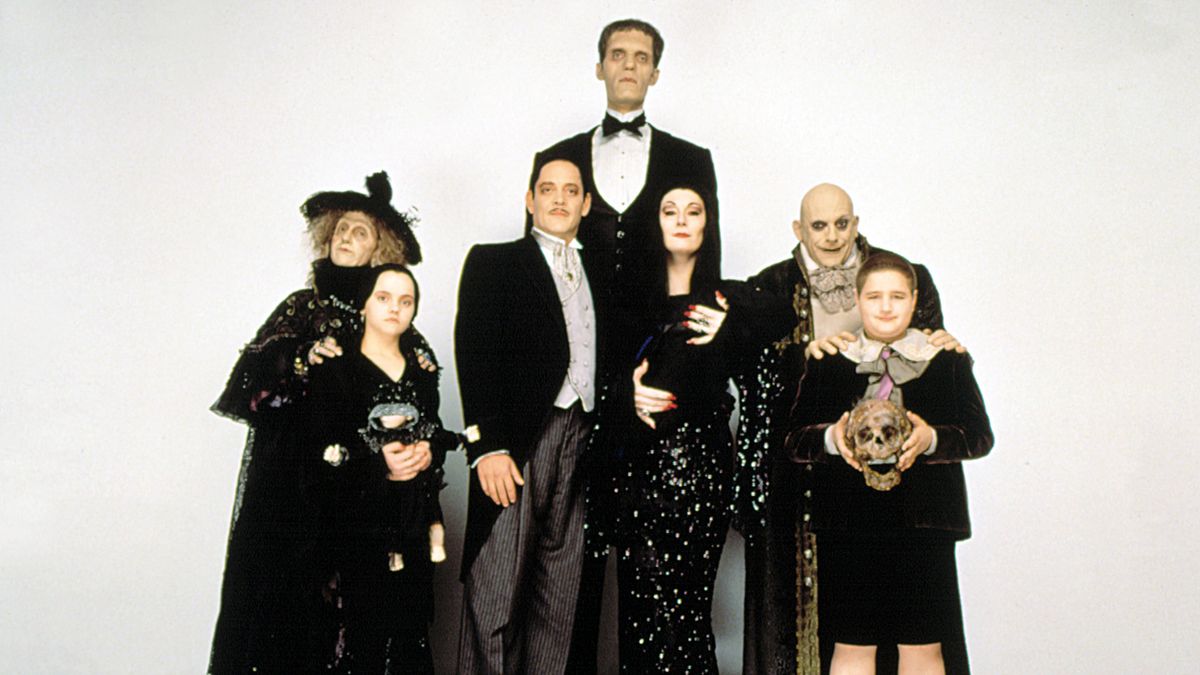 Based on the characters of macabre cartoonist Charles Addams and the 1960s TV series by David Levy, the dark horror comedy The Addams Family (1991) and its sequel, Addams Family Values (1993), were a hit with audiences, thanks to an A-list cast led by Anjelica Huston, Raúl Juliá and Christopher Lloyd.

With fun visuals and zingy one-liners, the films made ghouls cool and offered a fresh, modern take on America's most famous dark, bizarre and aristocratic fictional family.

Check out what the cast has been doing post-Addams Family flicks: 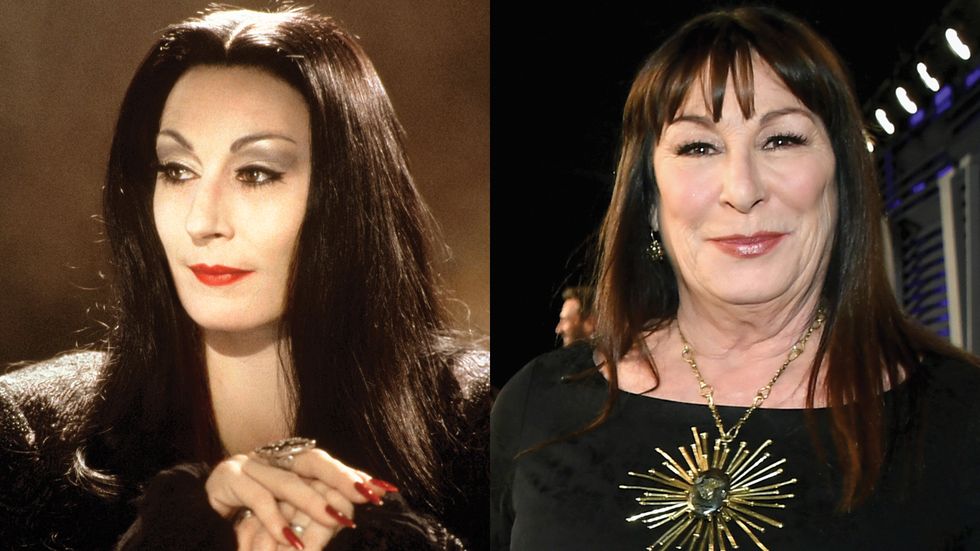 Morticia Addams may have been a chilly character for Anjelica Huston to play, but she used her famous model friend Jerry Hall as a muse to bring a gentle and warm disposition to the character. Ever since the blockbuster hit and its sequel, Huston has been featured in films like Ever After (1998), Daddy Day Care (2003) and a string of Wes Anderson films — The Royal Tenenbaums (2001), The Life Aquatic with Steve Zissou (2004) and The Darjeeling Limited (2007). On the small screen, Houston has been seen on hit shows such as Medium, Smash, and Transparent. 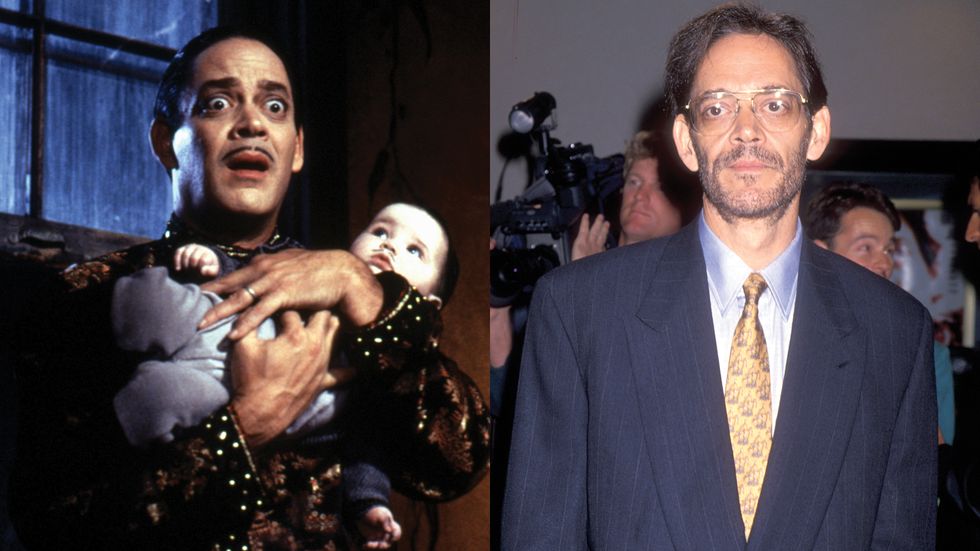 Bringing a passion and charismatic swagger to Gomez Addams, Puerto Rican actor Raúl Juliá added his own personal touch to the patriarch of darkness. By the time he filmed the two Addams Family films, Juliá had already gained international fame for his acting, receiving Tony nominations for musicals like Two Gentlemen of Verona and Golden Globe nominations for films like Tempest (1982) and Kiss of the Spider Woman (1985). In 1994, soon after filming the TV movie The Burning Season, Juliá experienced major health issues that led to a fatal stroke. For his role in the TV movie, the actor received a posthumous Golden Globe, SAG Award and Emmy. 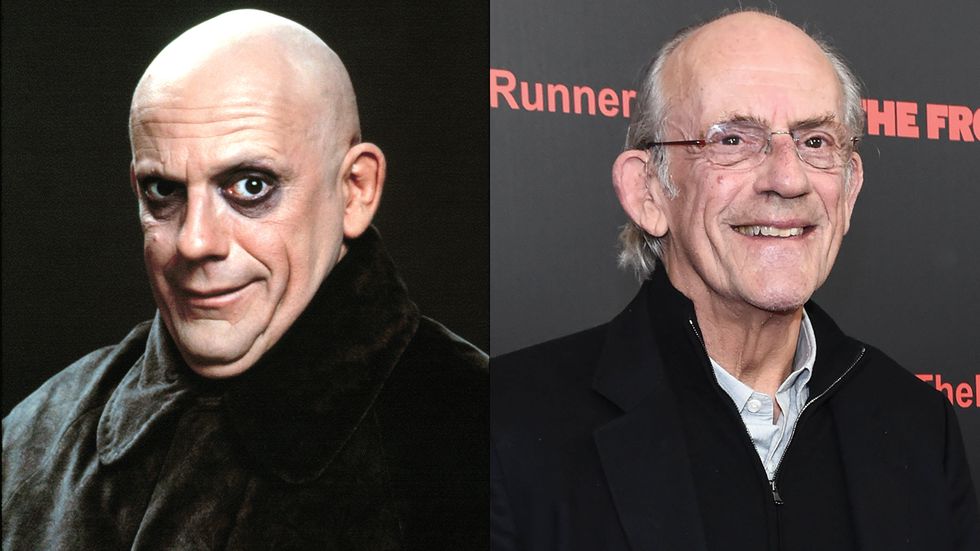 Christopher Lloyd may have been much taller and thinner than the original Uncle Fester but that didn't stop him from playing the portly, dark-eyed character who was a brother to Gomez Addams. Donning a fat suit borrowed from the set of The Godfather Part II, Lloyd looked as if he had packed on the pounds for his distinguished role — a far cry from the trim Emmett "Doc" Brown from the Back to the Future franchise. Since his Addams Family role, Lloyd has appeared on Road to Avonlea, which earned him an Emmy, and the children's series Cyberchase. He has also done substantial voiceover work for Walt Disney and the Cartoon Network. 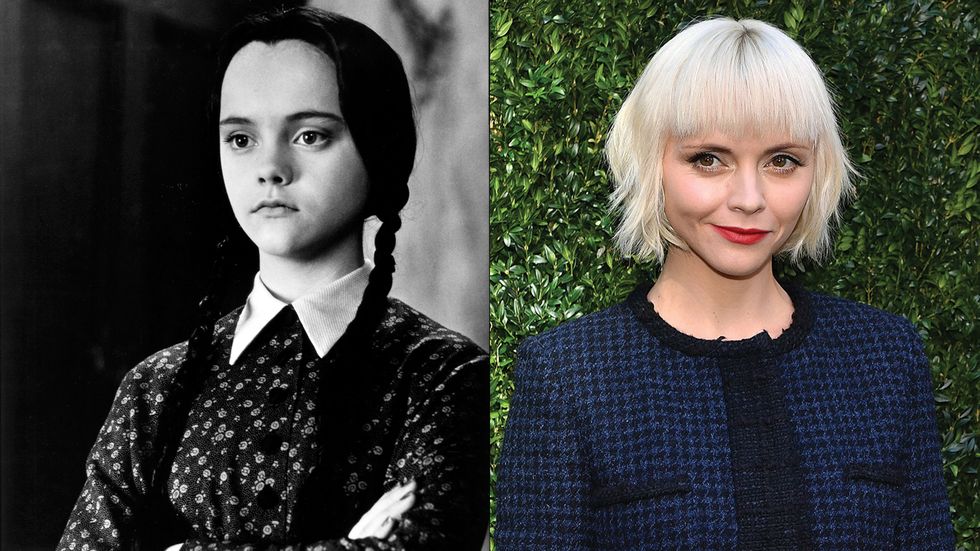 The original Wednesday Addams was a mix of sweet and eccentric, but Christina Ricci made her version dark, dry, precocious and psychopathic. Barely 10 years old when she played the spooky daughter of Morticia and Gomez Addams, Ricci impressed critics and audiences alike. No big surprise that post-Addams Family, Ricci appeared in the ghoulish flicks Casper (1995) and Sleepy Hollow (1999), but not wanting to be pinned to the macabre, Ricci went on to embrace edgy, outside-of-the-box movie roles like Monster (2003) and Black Snake Moan (2006). On television, she took on a variety of roles from Grey's Anatomy and The Lizzie Borden Chronicles to Z: The Beginning of Everything. 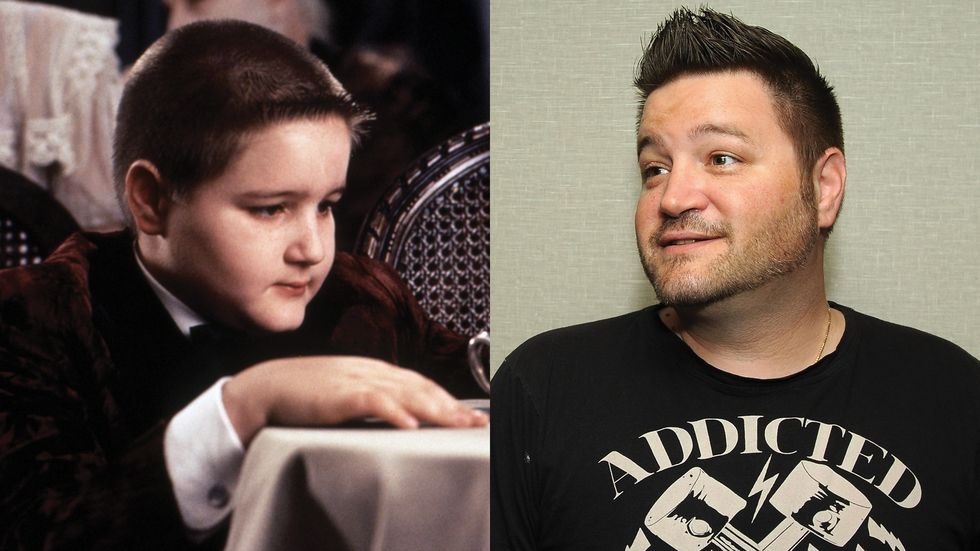 As the son of Morticia and Gomez Addams, Pugsley Addams was made to be as devious as sis Wednesday. If the two siblings weren't trying to kill each other, they found time to team up to serve toxic lemonade to unsuspecting passersby. In real life, Jimmy Workman was just an unassuming kid brother waiting for his sister to audition for the role of Wednesday. However, when casting directors noticed him, they gave him a shot to try out for Pugsley. Although Workman later played minor roles in both film and television, he retired from acting and works behind the scenes in the industry. Coming from an acting family, his younger sister is Modern Family's Ariel Winter. 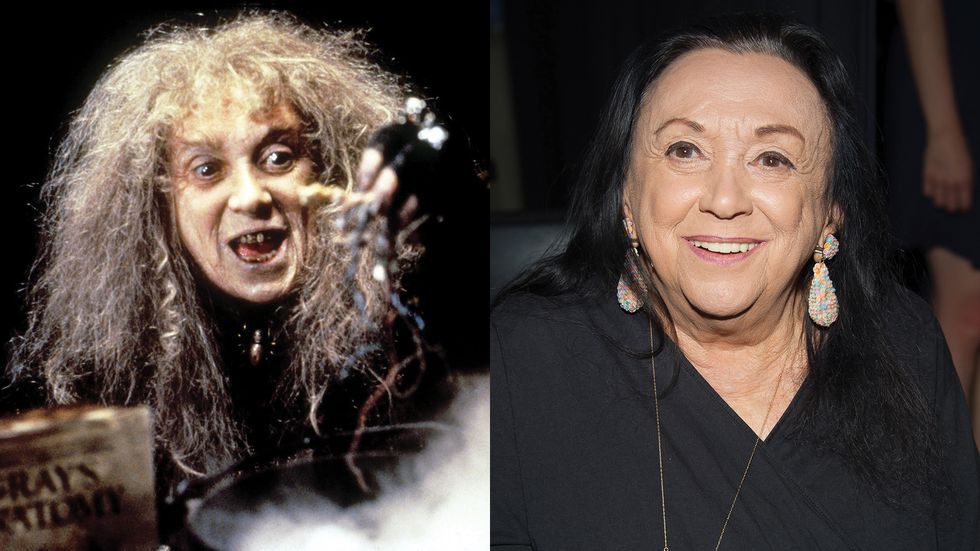 Mother to Morticia, Grandmama Addams was originally described as having a morbid sense of humor and a devilishly keen interest in the occult, which actress Judith Malina played so deftly in The Addams Family. Starting out in theatre, Malina co-founded the experimental theatre company The Living Theatre with actor and director husband Julian Beck. After spending decades on the stage, Malina began working in film and television, most notably in Dog Day Afternoon (1975), Awakenings (1990) and The Sopranos in 2006. 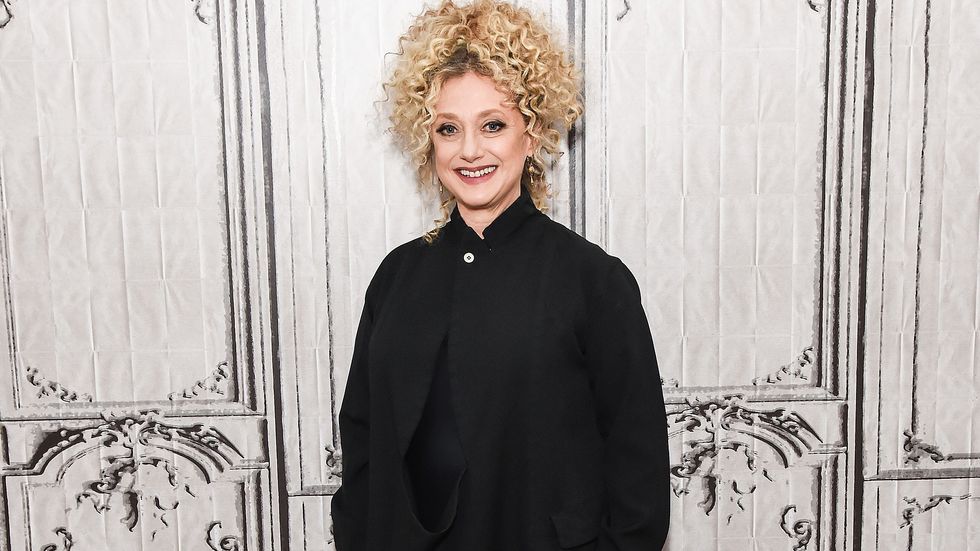 With her big sleepy eyes and scruffy voice, Carol Kane was a nice replacement in the sequel Addams Family Values, even if in real life, she's actually a year younger than pal Anjelica Huston. Often playing kooky, comedic characters, Kane walked into the sequel having already played memorable characters in films like Hester Street (1975), Annie Hall (1977) and The Princess Bride (1987). On television, she most famously played the wife of Andy Kaufmann's character Latka on Taxi, for which she won two Emmys. Most recently, she played off-kilter neighbor Lillian Kaushtupper on Unbreakable Kimmy Schmidt. 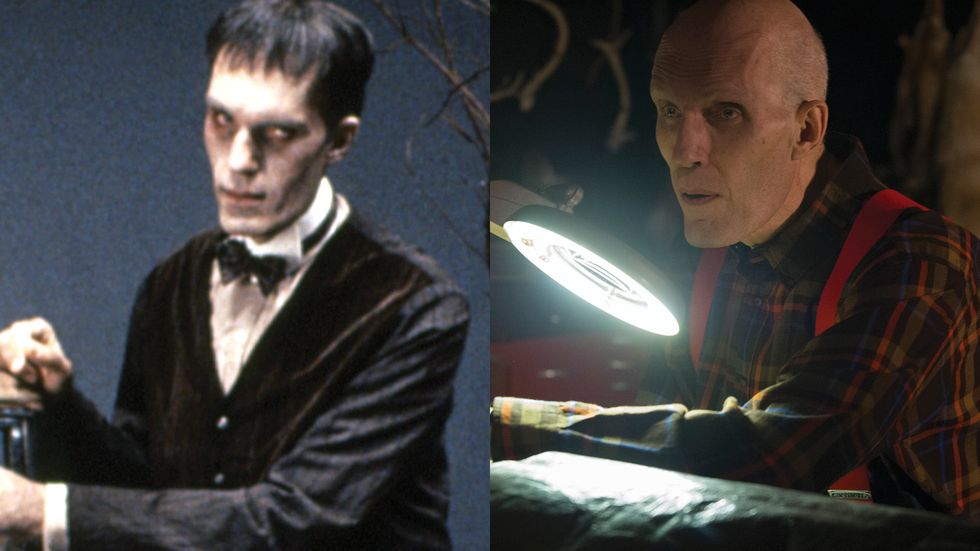 Mumbled, gloomy but always loyal, the towering figure of Lurch was played by Dutch actor Carel Struycken, who easily qualified for the role in the height category: Struycken is seven feet tall. Although Struycken's height is due to a hormone growth disorder, he has been able to use it — along with his distinctive facial features — to his advantage. Struycken was chosen to play Lurch, thanks to his earlier work as Mr. Homn in Star Trek: The Next Generation and the Giant in the '90s television show Twin Peaks. Post-Addams Family franchise, he has many film and TV credits to his name including Charmed, My Name is Earl and Gotham. 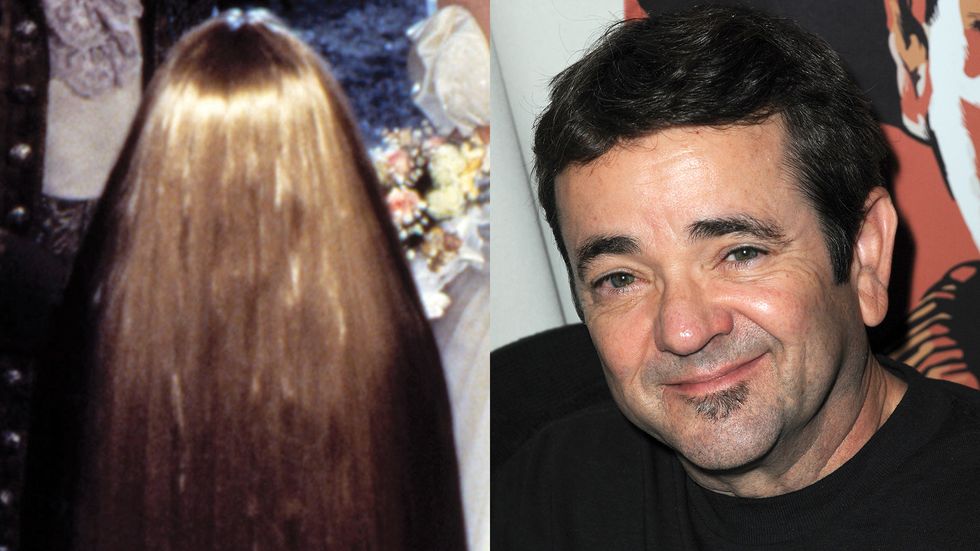 Actor John Franklin has been used to playing creepy and oddball characters, so accepting the role of small-statured, gibbery, hairy Cousin Itt wasn't a stretch. Before The Addams Family, Franklin was best known for playing the young cult leader Isaac Chroner from the film adaptation of Stephen King's Children of the Corn, which he would later reprise. Post Addams Family, Franklin appeared on TV shows like Star Trek: Voyager and Chicago Hope along with small roles in films. Franklin later worked as an English teacher in California before returning to Hollywood as an actor and writer. 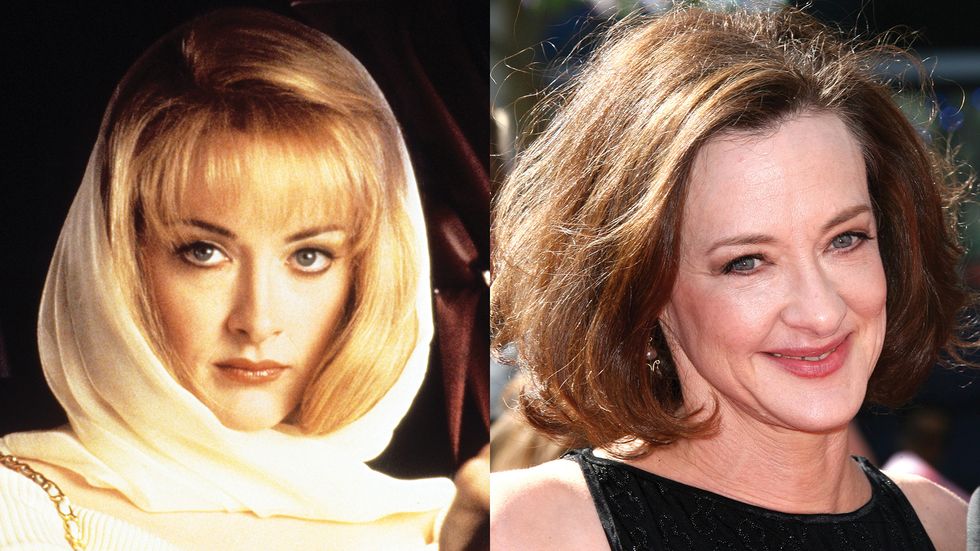 For "Black Widow" Debbie Jellinsky, murdering was a profession she was really good at and the ability to manipulate masterfully was key. Who else but Joan Cusack could make us love the most hateful Debbie, who appears as the main antagonist in Addams Family Values? Big sister to John Cusack, Joan was an 80s darling of supporting roles in flicks like Sixteen Candles (1984), Working Girl (1988) and Married to the Mob (1988). Post Addams Family, Cusack has appeared in films like Grosse Pointe Blank (1997), In & Out (1997), Runaway Bride (1999), High Fidelity (2000), the Toy Story franchise and a slew of other projects. 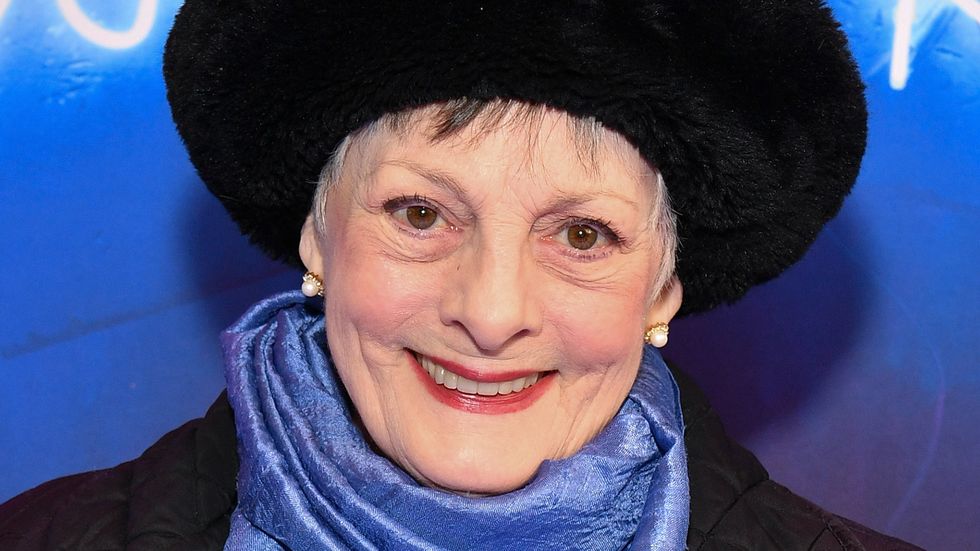 Originally the wife of the Addams' lawyer, Tully Alford, Margaret Alford became Margaret Addams (aka Mrs. Cousin Itt) after Tully was presumed dead. Embracing the bright and colorfully dressed Margaret who at first is repulsed then seduced by Cousin Itt, Dana Ivey made us giggle as the peculiar love connection ran its course in both films, ultimately ending with the birth of the couple's baby, which they named "What." After playing Mrs. Cousin Itt, Ivey went on to play roles in films like Home Alone 2: Lost in New York (1992), Two Weeks Notice (2002) and The Help (2011) and has a long list of television and Broadway credits to her name. 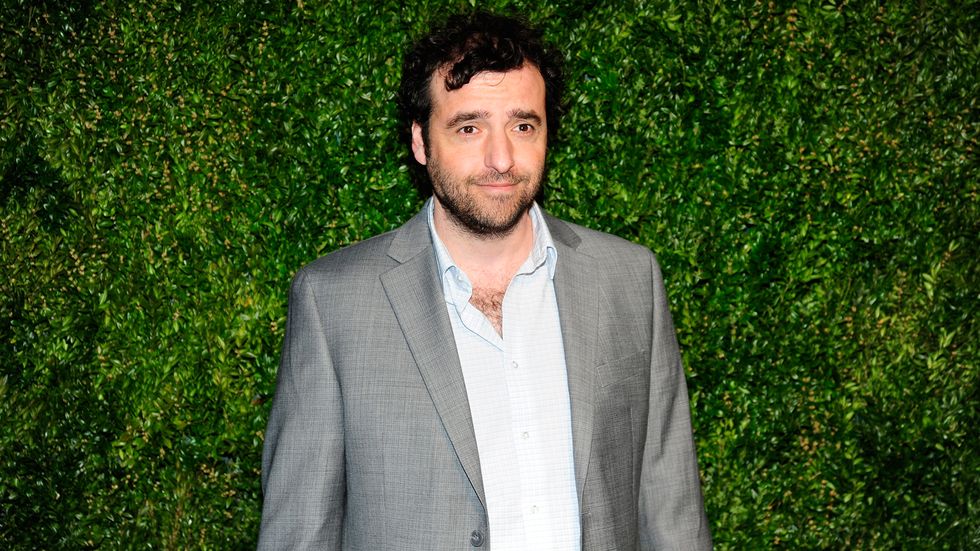 Love — the demented kind — was in the air in Addams Family Values, as indicated by Wednesday Addams' camp crush, Joel Glicker, who was basically allergic to everything. David Krumholz played the nerdy introverted Joel with chutzpah — from hating on his mom and rebelling with Wednesday and Puglsey at Camp Chippewa to even kissing Wednesday through a chain-linked fence. But whatever happened to Joel after his arm got grabbed by a graveyard hand shooting out from the dirt? At least we know Krumholz's future went beyond the grave. After the sequel, he appeared on the Harold and Kumar and Elf franchises and had a longstanding gig as Charlie Eppes on Numb3rs, among other television gigs. 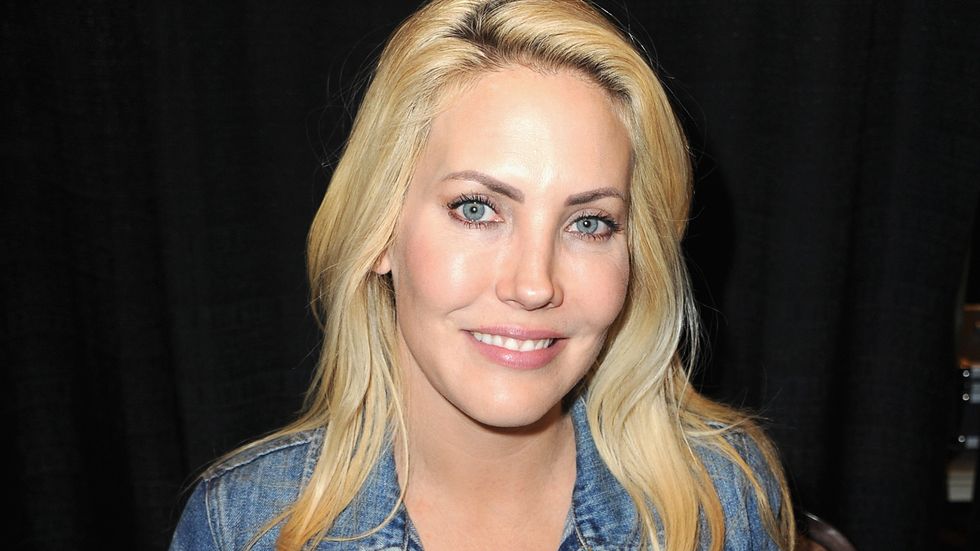 First appearing on The Addams Family as a Girl Scout, Mercedes McNab returned for the sequel, this time as a spoiled and bratty Chippewa camper named Amanda Buckman who hated Wednesday with a passion. Although Wednesday almost lit Amanda on fire by the end of camp, actress Mercedes McNab was able to dust herself off and thrive for a time post-Addams Family. In the late 90s and early aughts, she starred in Buffy the Vampire Slayer as Harmony Kendall and reprised her role on the show's spinoff Angel. 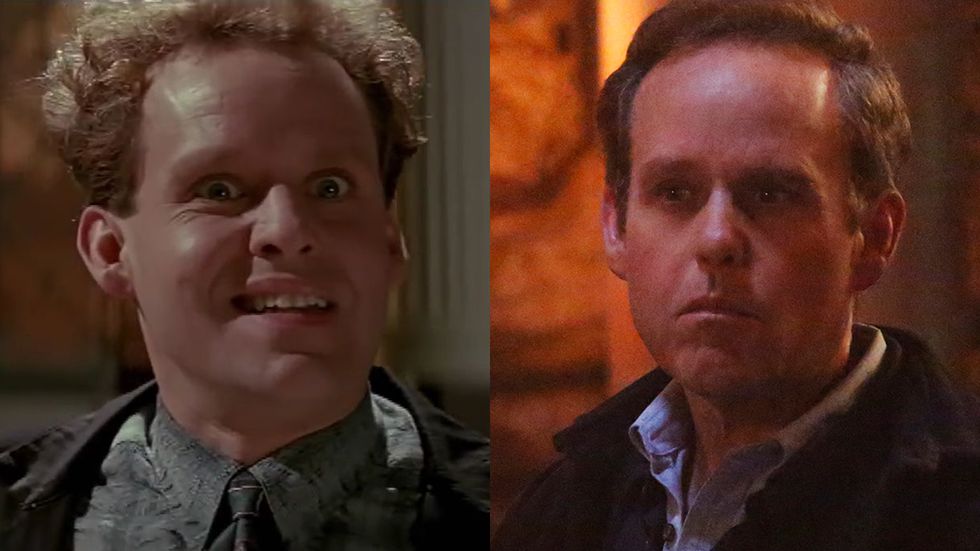 Give it to Peter MacNicol to play a middle-aged infant with such talent and skill. In Addams Family Values, MacNichol starred as Gary Granger, co-owner of Camp Chippewa, who can't stand the dark, rebellious trio of Wednesday, Pugsley and Joel. Although Gary ends up getting roasted (literally) with his wife Becky Martin-Granger, MacNicol had better luck in real life. Among his notable credits, MacNicol starred in Ally McBeal as lawyer John Cage (and won an Emmy). He also had roles in Chicago Hope, 24, Grey's Anatomy, Veep and teamed back up with Krumholz in Numb3rs. 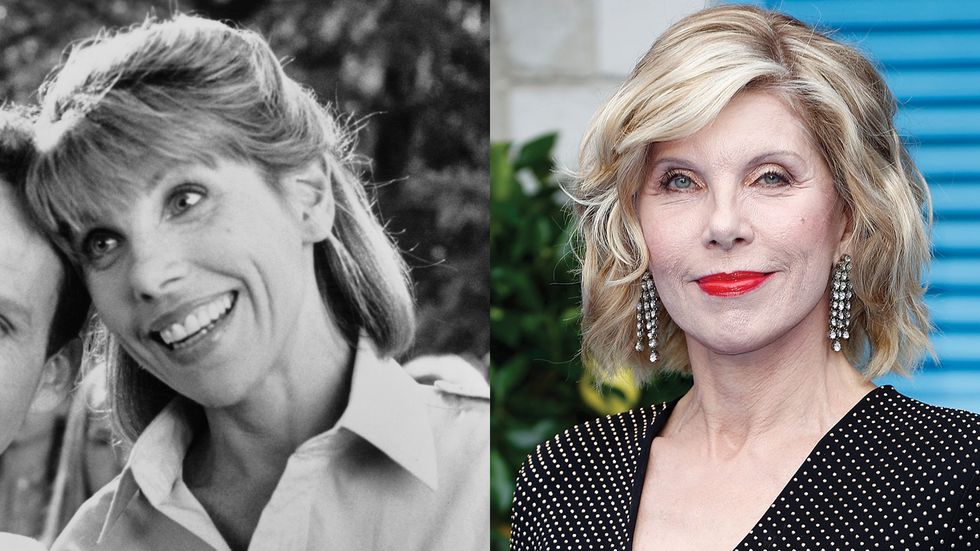 With her pigtails and obnoxiously perky personality, Becky Martin-Granger co-owned Camp Chippewa with hubby Gary... and was just as annoying and overzealous as him. Convinced that singing "Kumbaya" would convert Wednesday, Pugsley and Joel to become happy children, Becky ended up being tied to a spit like a stuffed turkey. For Christine Baranski, her hilarious role as Becky was easy peasy, considering she was an already established actress both on screen and on stage. A two-time Tony award winner and 15 Emmy award-nominated actress, Baranski has had distinguished roles in TV like Cybill (for which she won her only Emmy to date), The Good Wife and The Big Bang Theory. On film, she's starred in Dr. Seuss's How the Grinch Stole Christmas (2000), Chicago (2002), Mamma Mia! (2008) and Into the Woods (2014).