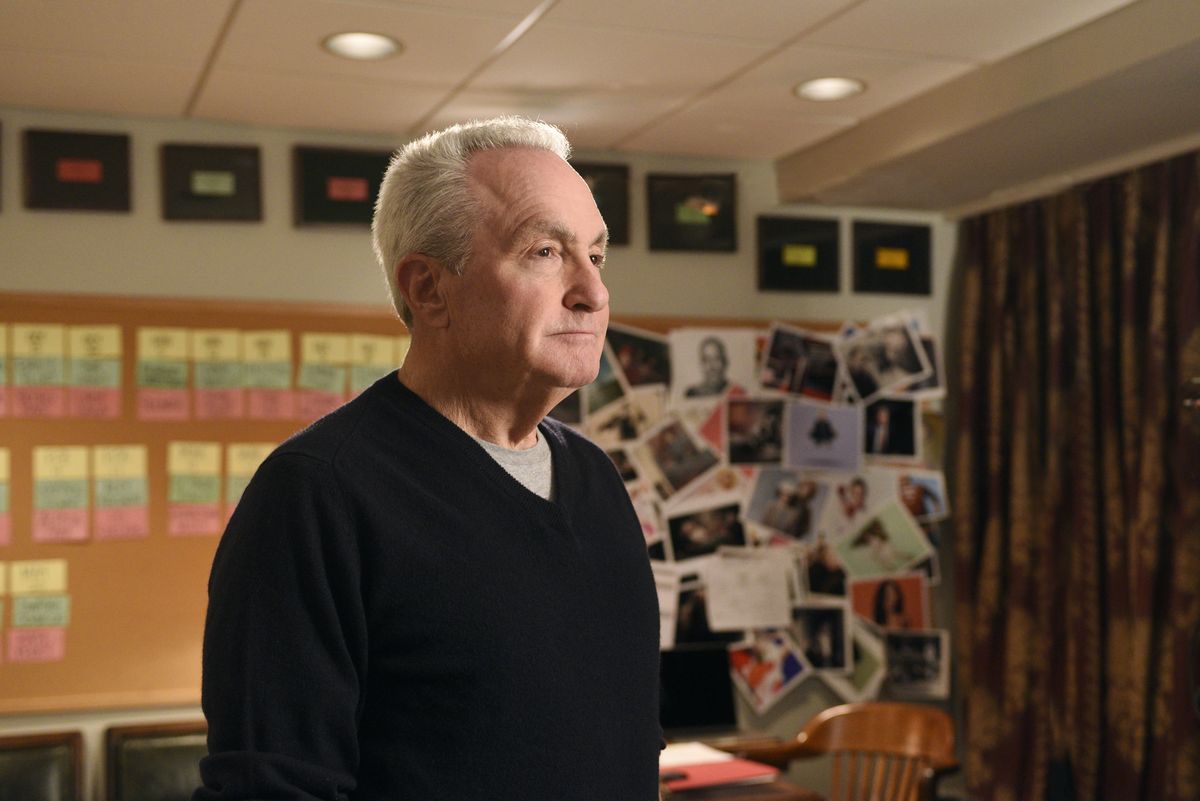 The ongoing success of Saturday Night Live – which has been on the air for more than forty years – is testament to the creator and executive producer Lorne Michaels and his vision for a show that requires up-to-the-moment pop-culture relevancy, a cadre of exceptional comedic talent and the nail-biting riskiness of live television. That Michaels has delivered, for the most part, in all those areas and continues to do so, is a reflection of the clear vision he first brought to the network in 1975 and continues to hone to this day.

The network had concerns about the show's format

Michaels first came to the attention of Dick Ebersol, head of late-night television programming at NBC, in the early 1970s. At the time, Michaels was a 29-year-old Toronto, Canada-raised comedy writer who had bounced around gigs, including radio work at the Canadian Broadcast Corporation, gag-writing for Woody Allen, a season on Rowan & Martin’s Laugh-In and a collaboration with Lily Tomlin that resulted in three successful TV specials.

Ebersol was interested in a proposal Michaels had submitted for “a comedy show, frank and intelligent, for young, urban adults.” The network powers-that-be were keen to attract such a viewership but had concerns about the formula Michaels proposed.

“I held out for three things, with the support of Ebersol,” Michaels said to Rolling Stone in 1979. “One, no pilot, because if they saw it beforehand they’d say, ‘You can’t do that on television.’ That was solved by the second demand – making it live. Lastly, I wanted a commitment for 20 shows.” He received 18 and NBC’s Saturday Night premiered at 11:30 p.m. on October 11, 1975. 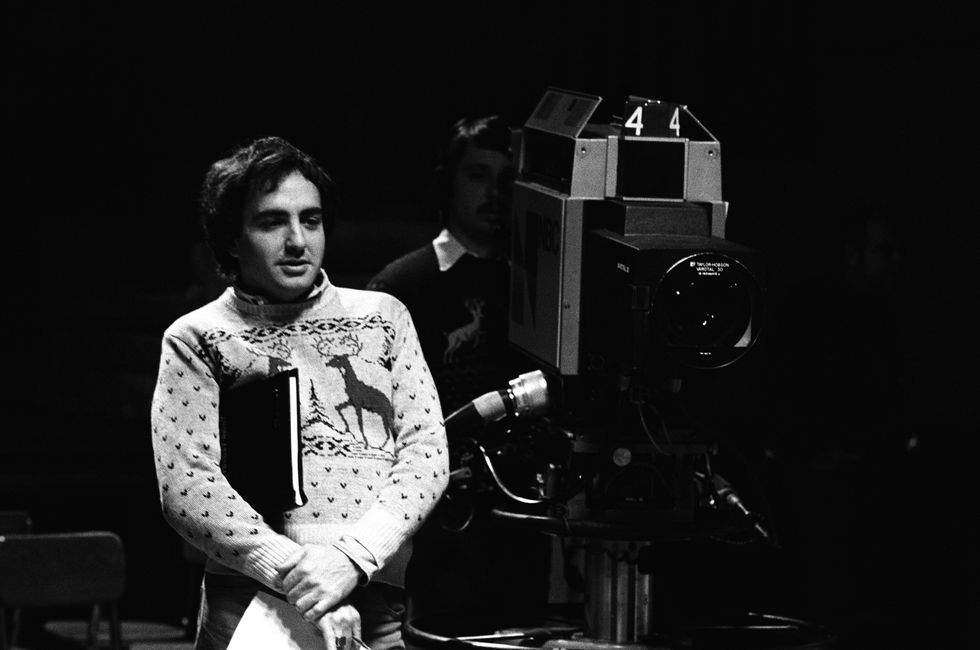 Michaels signed his original contract to produce the show in April 1975, after which he and then-assistant Tom Schiller headed to the California desert near Joshua Tree where Michaels told Rolling Stone he “just sat there and thought a lot.” On his return, he says he knew the format he wanted: musical guests, Muppets and most of what we now recognize as SNL hallmarks.

Saturday Night Live was the original title Michaels and Ebersol had chosen for the nascent sketch show, particularly because it contained the word "live," but as the first air date approached, the name had to be changed. At the same time, ABC was developing a variety show for primetime Saturday named Saturday Night Live with Howard Cosell. The ABC attempt lasted 18 episodes before being canceled due to poor ratings, opening the door for NBC to purchase the original title which has been in use since the beginning of the second season.

The title would not be the only thing grafted from the ABC show. The Cosell version had a trio of performers known as the “Prime Time Players” – Bill Murray, Brian Doyle-Murray and Christopher Guest (all three would eventually go on to star on NBC's SNL). To parody, Michaels named his new cast the “not-ready-for-prime-time players.”

A fan of Chicago’s The Second City improvisational comedy club, Michaels was already aware of Dan Aykroyd and Gilda Radner, who had appeared on the Second City TV broadcast out of the company’s Toronto wing. Enlisting their talents, Michaels then turned to the National Lampoon: Lemmings stage show from which he poached John Belushi (also of Second City) and Chevy Chase, along with Laraine Newman, Jane Curtin and Garrett Morris, with the addition of actor George Coe and head writer/performer Michael O’Donoghue.

READ MORE: Bill Murray and Chevy Chase Had a Backstage Brawl at 'Saturday Night Live' and It Took Years for Them to Make Up 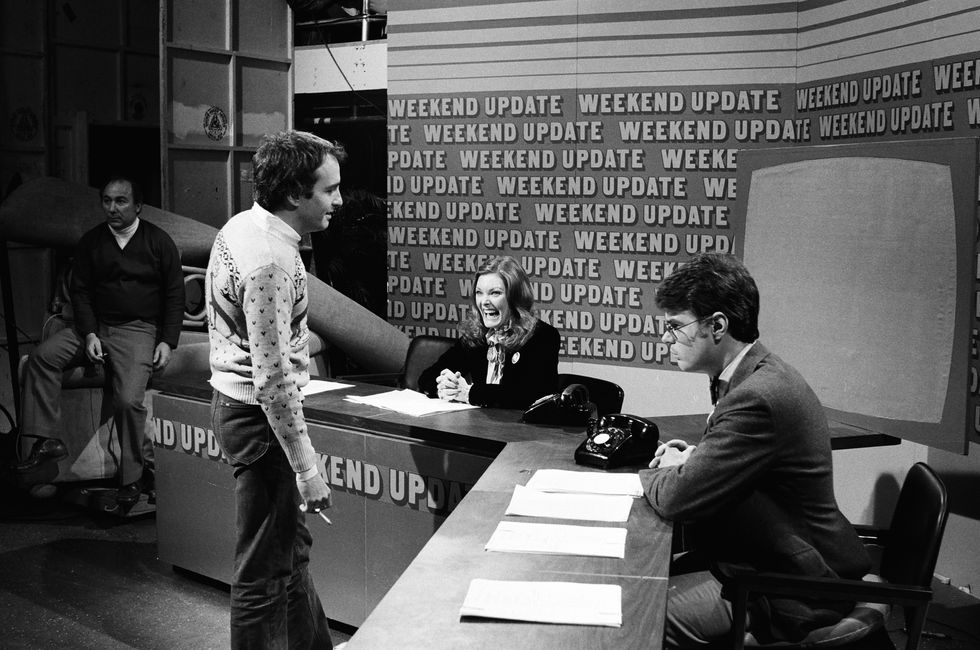 Michaels purposefully made the show look 'run down'

The loose format of the show – cold opener, the “Live from New York: It’s Saturday Night” call out, opening monologue, sketches and musical performances – was in place, as were the players. The show would be broadcast from Studio 8-H at Rockefeller Center and stage and film designers Eugene and Franne Lee were tasked with coming up with the look, which remains similar to this day.

“The show looks a little run down and ragged,” Michaels told Rolling Stone. “That’s the look I wanted. Not terribly slick. It’s what New York was at that time and still is by and large. Deteriorated, run-down and loved because of it. … I went to the theater for a designer because I wanted a theatrical presentation.”

Over the first few seasons, Saturday Night Live not only succeeded, but it also thrived, drawing larger and larger ratings and bigger and bigger names from comedy, acting and music to host and perform. It has launched or helped elevate the careers of now-household names including Tina Fey, Eddie Murphy, Chris Farley, Will Ferrell, Amy Poehler, Adam Sandler, Chris Rock, Maya Rudolph and Kristen Wiig, to name very few.

Michaels has been at the helm of the show ever since, minus a five-year hiatus he took from 1980 to 1984 which saw him absent from the much-discussed and often-derided sixth season that was produced by Jean Doumanian.

At the time of SNL’s 40th-anniversary celebrations in 2015, Michaels said he hoped the show would continue for a long time, and that he had been joking for years that when it came to writing his own tombstone the word “uneven” would have to be used. Simply because that is the word reviewers constantly use in reference to the show’s hits and misses.

Perfection, he told The Hollywood Reporter, is not something you can achieve over 90 minutes of live television, but it’s those rare instances when it does that keep him, and audiences, tuning in on Saturday nights.

“We don’t do spectacle and don’t have much of a wide shot, so when you see somebody going into the lens and taking it to some level that you hadn’t seen even at the dress rehearsal, it’s a magical thing,” Michaels told THR. “I believe there is at least one or two of those in almost every show. But I tend to leave only seeing the mistakes or the things that didn’t quite work. Fortunately, at the end of the night, there is alcohol, and that takes away a lot of the mistakes, or at least makes you focus less on them. Then on Monday, you do it all again.”

SNL has been a television institution since 1975, but Michaels said that it wasn’t until the show’s 40th anniversary special that he believed the show was permanent.

“The idea of its permanence became solid for me at the 40th anniversary,” Michaels said according to Deadline. “That it was going to go on and another generation was going to take it on after I was done with it and that on some level, for better or worse, it was an institution and in order to keep it fresh, new people come into it and define it for their generation.”