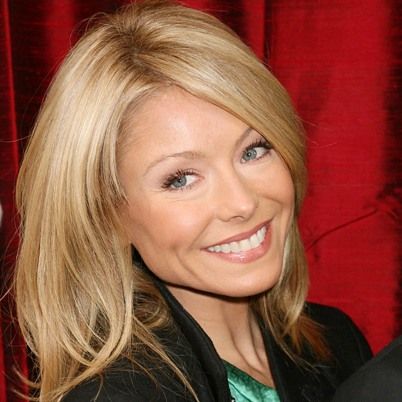 Who Is Kelly Ripa?

Kelly Ripa was born on October 2, 1970, in Stratford, New Jersey. She landed the role of Hayley Santos on the ABC daytime drama All My Children in 1990. In February 2001 she joined co-host Regis Philbin for ABC's morning talk show Live! with Regis and Kelly, replacing longtime co-host Kathie Lee Gifford. She continued to appear periodically on All My Children and left the show in 2002. Considered one of the most powerful women in media, Ripa continues to host her talk show, now known as Live with Kelly and Ryan.

Born on October 2, 1970, in Stratford, New Jersey, Kelly Ripa is the daughter of a bus driver and labor union president. She began studying ballet at the age of three and appeared as a dancer on Dance Party USA when she was 19.

Playing Hayley Santos on 'All My Children'

Ripa attended Camden Community College in New Jersey, where she performed in local theater productions, before landing the role of Hayley Santos on the ABC daytime drama All My Children in 1990. She was nominated for a Daytime Emmy Award for Best Supporting Actress for the role in both 1993 and 1999.

'Live!' with Regis, Michael and Ryan

In February 2001 Ripa joined co-host Regis Philbin for ABC's morning talk show Live! with Regis and Kelly, replacing longtime co-host Kathie Lee Gifford. Ripa's endearing personality and upbeat sense of humor proved to be the ideal foil for Philbin's curmudgeonly style of entertainment. She continued to appear periodically on All My Children alongside husband and co-star Mark Consuelos until she left the show in 2002. In 2010 she returned for two episodes in celebration of the soap opera's 40th anniversary.

Tension filled the set between the two co-hosts in April 2016, when Strahan announced he was leaving Live for Good Morning America. Ripa was reportedly not informed of Strahan's exit until the day of the official announcement, and she did not show up on set the next day.

Ripa returned the following week and stood in front of the audience to discuss "respect in the workplace." Despite the speech, the tension between Ripa and Strahan was uncomfortably conspicuous; after consulting with producers from both Live and GMA, Strahan parted ways with Ripa in May 2016, four months earlier than planned.

The show returned to being called Live! with Kelly until a replacement for Strahan was announced. In April 2017, a year after Strahan departed the show, Ripa introduced Ryan Seacrest as her new co-host, with the show to be renamed Live with Kelly and Ryan. Seacrest, who has hosted American Idol, the radio show American Top 40 and Dick Clark's New Year's Rockin' Eve, made his first appearance on Live back in 2003.

Considered one of the hardest working people in show business, Ripa has juggled many hats while being a daytime show host. From 2003 to 2006 she starred in the sitcom Hope & Faith, and she has also been the spokesperson for brands like Tide, Pantene, TD Bank, Electrolux and Rykä.

Ripa and Consuelos, who eloped in 1996, live in New York City. They have three children: Michael Joseph, Lola Grace and Joaquin.