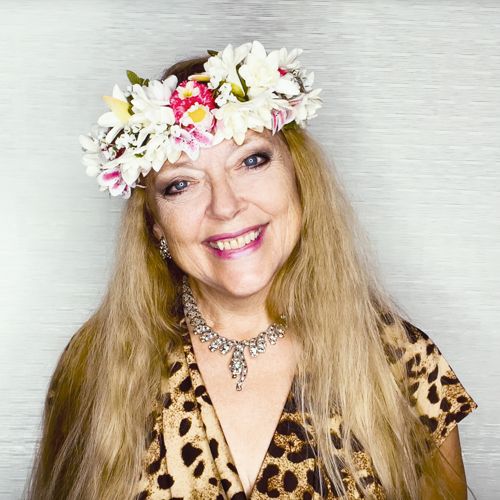 Who Is Carole Baskin?

Carole Baskin made a name for herself by running Big Cat Rescue, a respected animal sanctuary for big cats that also lobbies for more regulation of the private ownership of these animals. However, it was the popular docuseries Tiger King: Murder, Mayhem and Madness (2020) that transformed Baskin into a public figure. The program showcased tensions between Baskin and Joe Exotic, a private zoo owner who Baskin believed was mistreating his animals. Tiger King also brought new attention to the 1997 disappearance of Baskin's second husband, which remains an open case. Thanks to her post-Tiger King celebrity, Baskin joined the lineup of Dancing with the Stars in September 2020; her cat-themed performances were not a hit and she became the second contestant to be eliminated.

Baskin was born as Carole Stairs on June 6, 1961, at the Lackland Air Force Base in Texas.

Baskin entered into the world of big cats when her second husband Don Lewis gave her a 6-month-old bobcat in 1992. A visit to a fur farm resulted in the couple acquiring more than fifty additional bobcat kittens; these were followed by many other animals. In time Baskin and Lewis were caring for two hundred big cats on a 40-acre sanctuary in Tampa, Florida, which had a bed and breakfast where visitors could interact with the cats. They called it Wildlife on East Street.

Though Baskin and Lewis were rescuing animals, they also sold and bred big cats. But when Baskin's interest in animal rights made her object to this practice, she found herself at odds with Lewis. After Lewis' disappearance, Baskin maintained control of the sanctuary and its inhabitants.

Following Baskin's marriage to Howard Baskin in 2004, her nonprofit organization was renamed Big Cat Rescue. Today, Big Cat Rescue is a 69-acre animal sanctuary with spacious enclosures (the smallest is 1,200 square feet). Big Cat Rescue has welcomed visitors — though these visits were limited by the coronavirus pandemic — but does not allow them to interact with the cats there.

The organization also advocates for laws to protect big cats. Baskin wants the Big Cat Public Safety Act to go into effect; it would crack down on unscrupulous breeders and eliminate private ownership of big cats, while also preventing zoos from allowing visitors to pet and touch these animals. "We hold Big Cat Rescue and the Baskins in highest regard," a representative from the Humane Society told the Tampa Bay Times in April 2020. "Not many sanctuaries do rescue and advocacy and Big Cat Rescue does both and they do them very well."

In 2009, Baskin became aware that private zoo owner Joe Exotic (who has also used the names Joseph Schreibvogel and Joseph Maldonado-Passage) was bringing young tiger cubs to malls for petting visits, a practice that required the cubs to be prematurely separated from their mothers. She and her followers started to contact these venues to push for the visits to stop. Baskin also objected to Exotic breeding and selling tigers, felt animals in his care were mistreated, and wanted to close his zoo.

Exotic fought back against Baskin, at times in underhanded ways. He started to use the name of Baskin's organization to promote his zoo, which led to a trademark infringement suit. He shared excerpts from Baskin's stolen diary. He also created harassing videos, including a music video featuring a Baskin lookalike that suggested Baskin had killed her missing husband and fed his remains to her tigers.

In addition to publicly attacking Baskin, in 2017 Exotic attempted to hire a hitman to kill his rival. He was arrested after federal authorities learned of the plan. In 2019, he received a 22-year sentence for this and other crimes. Exotic was behind bars when a judge ruled in June 2020 that control of his private zoo had been improperly transferred in an attempt to keep it from creditors. Baskin was given control of Exotic's zoo to satisfy the judgment in her trademark infringement case.

The docuseries Tiger King: Murder, Mayhem and Madness, which became a hit when it was released during the early days of the coronavirus pandemic in March 2020, focused on the contentious relationship between Baskin and Exotic. The show also delved into the mystery of Baskin's missing second husband (Baskin has consistently denied any involvement in his disappearance).

After Tiger King's release, Baskin accused the directors of deceptive tactics. She declared in a public statement that she'd thought the series "would expose the misery caused by the rampant breeding of big-cat cubs for cub petting exploitation and the awful life the cats lead in roadside zoos and backyards if they survive." She was disappointed because, in her view, the program had "the sole goal of being as salacious and sensational as possible to draw viewers." The directors countered that Baskin had willingly spoken about her personal life.

Some viewers have pointed out that Tiger King didn't favor Baskin in its editing and narrative choices. Accusations and insinuations about her involvement in her husband's disappearance are covered in depth, while she was granted little opportunity to refute claims made about her. In an interview with the Tampa Bay Times, Baskin stated that she'd received many death threats after Tiger King came out. 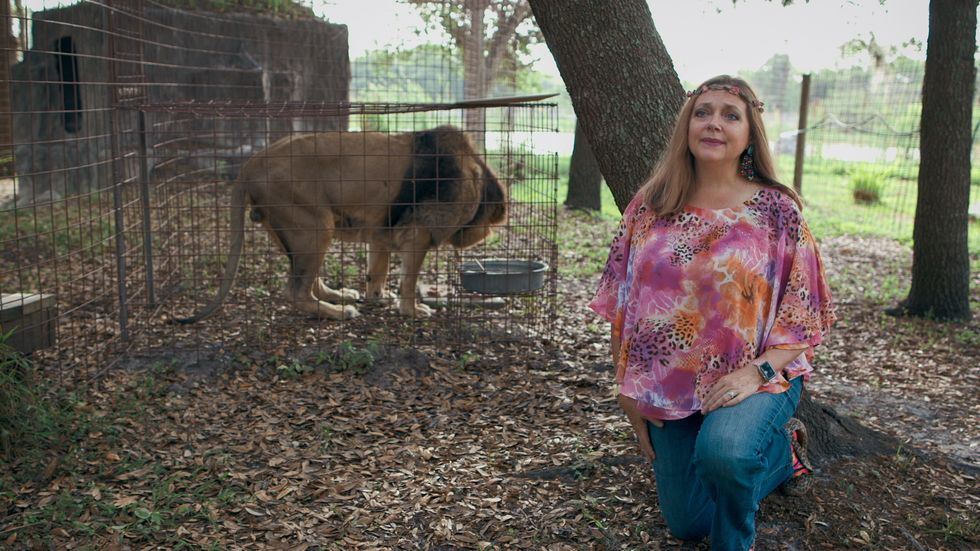 Baskin left home at 15, got married two years later to Michael Murdock, and soon had a daughter. A letter Baskin had written about Murdock, in which she shared she "would have eventually killed" her husband in order to end their marriage became public in 2020. Baskin explained she wrote those words because her husband was abusive.

In 1981, Baskin met Lewis following a fight with Murdock. This encounter led to an affair that lasted for several years. Baskin and Lewis got married in 1991, after divorcing their respective spouses.

Baskin met Howard Baskin at a local aquarium in 2002. The pair wed in 2004 and now work together at Big Cat Rescue.

Baskin's second husband, Lewis, went missing on August 18, 1997, when he was 60 years old. Lewis' van was soon discovered at a nearby private airport. Baskin's husband had supposedly planned a trip to Costa Rica, but the investigation found no trace of Lewis there. Per Baskin, Lewis had been seeing other women and had ties to illegal activities in Costa Rica. Before vanishing Lewis had applied for a restraining order against Baskin, though he'd continued to live at home after the order was denied in June 1997.

A 1998 People magazine feature about the disappearance considered the possibility that tigers from the animal rescue the couple ran had consumed Lewis' body. "It's a perfect scenario to dispose of someone," one of Lewis' daughters said in the article. "We were upset that the cops didn’t test the DNA on the meat grinder." However, in 2020 the current sheriff stated that the meat grinder in question wasn't on site at the wildlife rescue when Lewis went missing.

Lewis was declared legally dead five years after his disappearance, and Baskin became the main beneficiary of her millionaire husband's estate. In June 2020, the sheriff confirmed that experts had determined that Lewis's will had been forged, but said no criminal case for the forgery was possible as the statute of limitations had passed.

Baskin was asked to take a polygraph in 2011, but refused on the advice of her lawyers. This left the investigation at a standstill. However, Tiger King brought new attention to the case. The sheriff issued a call for leads on Twitter and told TMZ, "There's someone who was paid to do it. There's someone who helped do it. I'm hoping that person wants to come and get this off their chest and help law enforcement do the right thing." The sheriff's office said in April 2020 that Baskin was not considered a suspect in the case.

In September 2020, Anne McQueen, who was Lewis' assistant, sued Baskin for defamation for suggesting she'd been involved with the disappearance. Also in September 2020, CBS' 48 Hours had an interview with Trish Farr-Payne, the ex-wife of a handyman who'd worked for Lewis and Baskin. Farr-Payne said that at the time of the disappearance her then-husband came home with Lewis' van and some guns. He allegedly told her, "Listen… I'm hangin' onto these right now for Carole… Don's gone. And— I don't want you talkin' about him." Farr-Payne has said she first spoke to authorities about these events in 2000.

Baskin continues to proclaim her innocence. After Tiger King aired, she created a blog post that said in part, "Don was not easy to live with and like most couples, we had our moments. But I never threatened him and I certainly had nothing to do with his disappearance."

'Dancing With the Stars'

Baskin agreed to become a contestant on ABC's Dancing with the Stars to boost her advocacy for big cats, saying, "Because every single week, I hope to be getting the message in front of people: These cats don't belong in cages, and we have to save them in the wild before they disappear completely." Family members of Baskin's missing husband used her debut on Dancing With the Stars to release a commercial asking for information about the missing Lewis and offering a reward.

Baskin has signed on to do a new series about groups that violate animal rights. "This is a chance for us to use our new platform to battle the everyday evils facing big cats and so many other animals," she said to Variety after the project was announced.