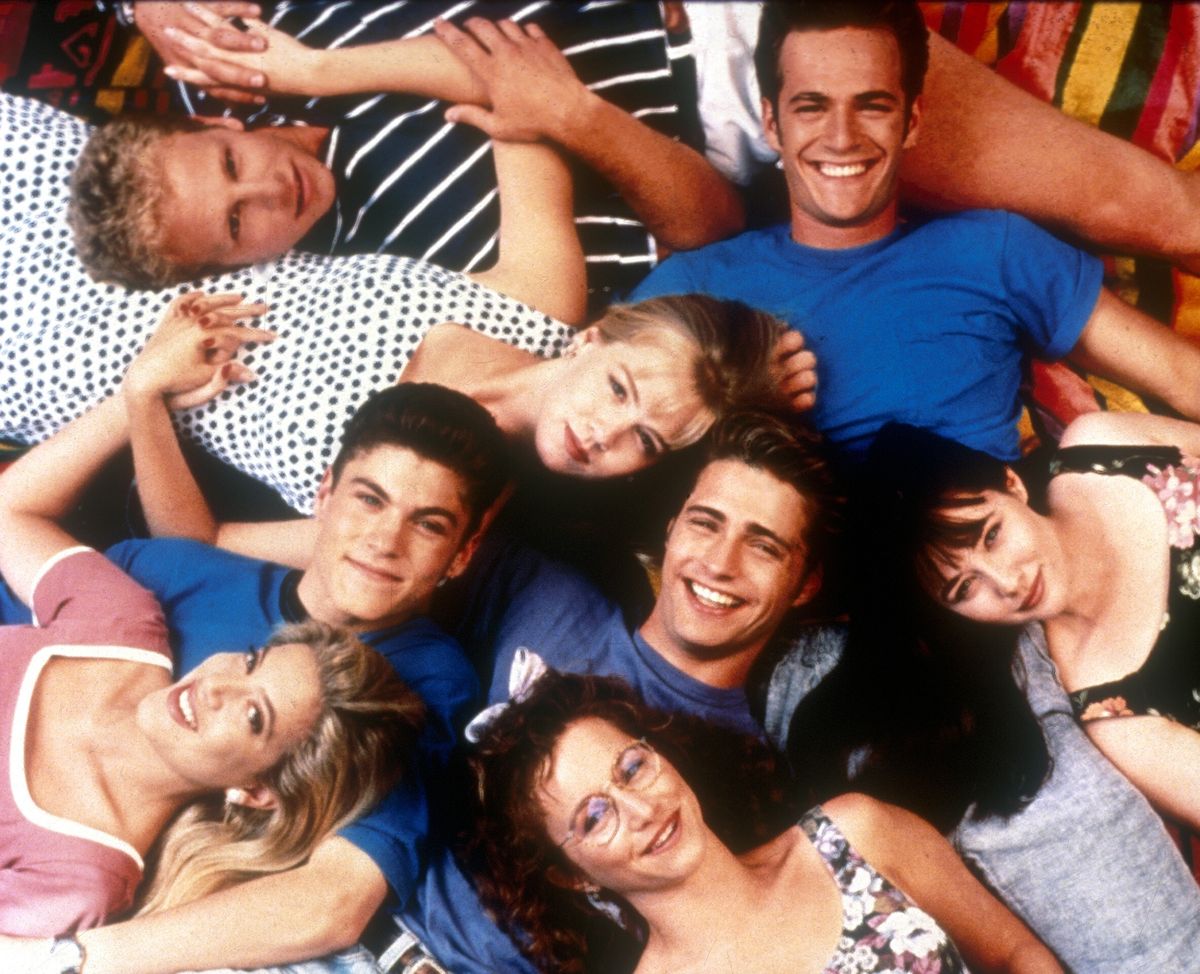 The show was popular enough to launch both the next-generation spin-off 90210 in 2008 and the meta-revival BH90210 in 2019, proof that love for the Peach Pit gang endures even as the actors behind Brenda, Brandon and the rest have moved on from fictional high school drama to real-life middle-aged conundrums. 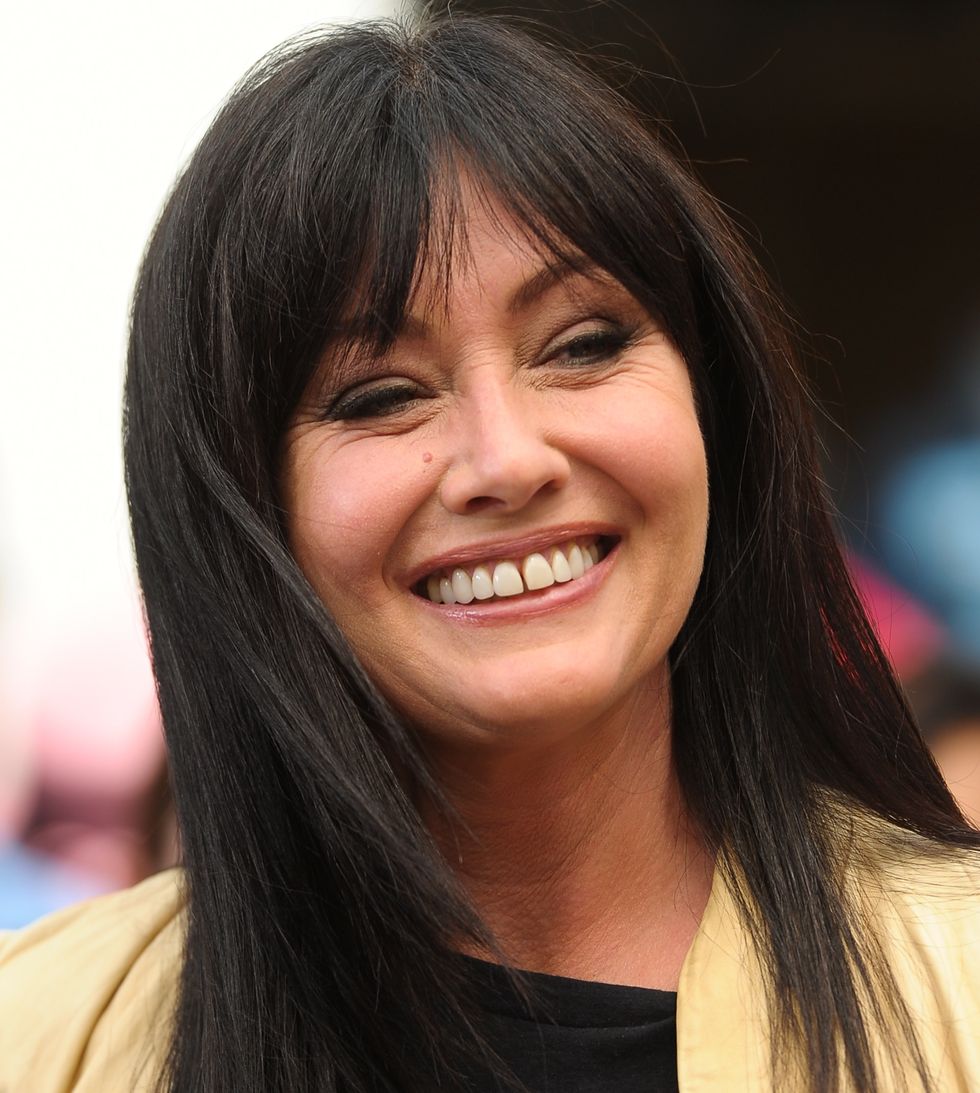 Shannen Doherty grew up on the tube, starting with a role on Little House on the Prairie at age 11. In 1988, she made a splash on the big screen with the cult teen classic Heathers, eventually bringing about her lead role on 90210. Her character, Brenda Walsh, may have been demure, but Doherty eventually got axed from 90210 in 1994 for her diva-ish antics. Ironically, she teamed up with 90210 producer Aaron Spelling on another hit, Charmed, only to get booted off that show for more co-star conflicts, this time with Alyssa Milano. After years of publicity-worthy incidents like writing bad checks, jail time for drunk driving, nude appearances in Playboy, and the honor of being the first eliminated on season 10 of Dancing with the Stars, Doherty delivered the sobering diagnosis of breast cancer in 2015. Not all the news has been bad, as she found love with celebrity photographer Kurt Iswarienko and gamely joined the old crew for the 2019 series.

Early in his career, Canadian-American actor Jason Priestley made appearances in the ‘80s TV series Airwolf, 21 Jump Street and a flop sitcom Sister Kate before landing the lead role of Brandon Walsh on 90210. While Priestley is best known as 90210’s hunky hero, he also stepped behind the camera as a director and executive producer of the show. In 1999, he got into a drunk driving incident and was sentenced to spend five nights in a Los Angeles detention facility and to attend a drug and alcohol abuse treatment program. He got behind the wheel again in 2002, this time to pursue his passion for race car driving, which ended when he suffered a horrific crash, in which he broke his back, among other injuries. After intensive physical rehab, he made a full recovery and continues to showcase his acting and directing talents in series like Private Eyes. His 2014 tell-all-memoir revealed his less-than-flattering feelings about Doherty, his 90210 twin, though they were able to bury the hatchet for BH90210. He has two children with wife Naomi Lowde.

Jennie Garth was an unknown until 90210 catapulted her to fame as America’s sweetheart Kelly Taylor. Two years after the show’s finale, Garth hit TV gold again in the hit sitcom What I Like About You, playing big sis to Amanda Bynes. Like Ziering, Garth achieved Dancing with the Stars success, reaching the semifinals in 2007. And, like Spelling, Garth met her husband Peter Facinelli when they co-starred in the 1996 TV movie An Unfinished Affair, the two having three daughters before divorcing in 2013 (she later remarried). The actress also has an autobiography to her name, 2014's Deep Thoughts From a Hollywood Blonde, and has headlined CMT's Jennie Garth: A Little Bit Country and HGTV's The Jennie Garth Project as part of a lengthy list of reality TV credits.

Luke Perry was rejected from over 200 auditions until landing roles on the soaps Loving in 1987 and Another World the following year. As 90210’s bad boy and loner Dylan McKay, Perry was constantly compared to the legendary James Dean and became an iconic ‘90s heartthrob. Perry went on to have quite an eclectic career, appearing in movies like The Fifth Element, TV shows like HBO’s Oz, and even doing Broadway in drag as Brad in The Rocky Horror Picture Show. Perry was still on the upswing when he landed the role of Fred Andrews, Archie's beloved father, on Riverdale. Off screen, Perry divorced his wife Minnie Sharp in 2003 with whom he had a son and daughter. Sadly, he died of a massive stroke in early 2019 at age 52.

Donna Martin a.k.a Tori Spelling a.k.a. the daughter of 90210 producer Aaron Spelling grew up making cameos on several of her dad’s shows, including Vega$, T.J. Hooker, and The Love Boat. (Daddy Spelling also produced the 90210 spin-off Melrose Place.) After 90210, Spelling became a TV movie queen, and that’s when her real life took a plot turn worthy of one of her on-screen dramas. She left her husband of two years, writer/actor Charlie Shanian, for Dean McDermott, her co-star in the Lifetime movie Mind Over Murder. Spelling and McDermott turned family life into reality TV stardom with various iterations of their Tori & Dean franchise, which included footage of their five children.

Just like some of his other 90210 cast members, Brian Austin Green made his breakthrough on a soap—he played the son of Donna Mills’ character on Knots Landing before playing geeky David Silver, a student turned DJ turned musician. In 1996, during the show’s run, Green released a hip-hop album, One Stop Carnival. While his hip-hop career never took off, he continued to act, nabbing leading roles on series like Terminator: The Sarah Connor Chronicles, Wedding Band and Charlie Sheen's Anger Management. Green has also made headlines for his love life: He has a son with ex Vanessa Marcil before having three children with Megan Fox, who he separated from in May 2020.

990210 was really the beginning of Ian Ziering’s acting career, playing the show’s resident jock/frat boy Steve Sanders. After the show ended, Ziering’s TV fame stalled as did his marriage to 1997 Playboy Playmate, Nikki Schieler. But he made a solid comeback on season 4 of Dancing with the Stars in 2007, his smooth moves leading him all the way to the semifinals. And, in 2013, he made a risky-yet-genius career move, starring in the made-for-TV disaster movie, Sharknado, about killer sharks taking over Los Angeles. What could have been a killer flop became a killer hit, with Ziering reprising his role of hero Fin Shepard for a boatload of Sharknado sequels. He separated from his second wife, Erin Ludwig, in October 2019. The pair has two daughters.

Gabrielle Carteris, the oldest of the 90210 gang, was closing in on 30 while playing 16-year-old smarty Andrea Zuckerman. The Sarah Lawrence College grad began her acting career in the ‘80s on the soap opera Another World. She decided to leave 90210 in 1995 for her own daytime talk show, but it got nixed after one season. Over the years, Carteris has surfaced in TV movies, delivered voice-over work for video games and appeared in reality series like The Surreal Life. Carteris has also devoted herself to union work, satirizing her real-life role as president of SAG-AFTRA in BH90210. She has two daughters with her longtime husband Charles Isaacs.