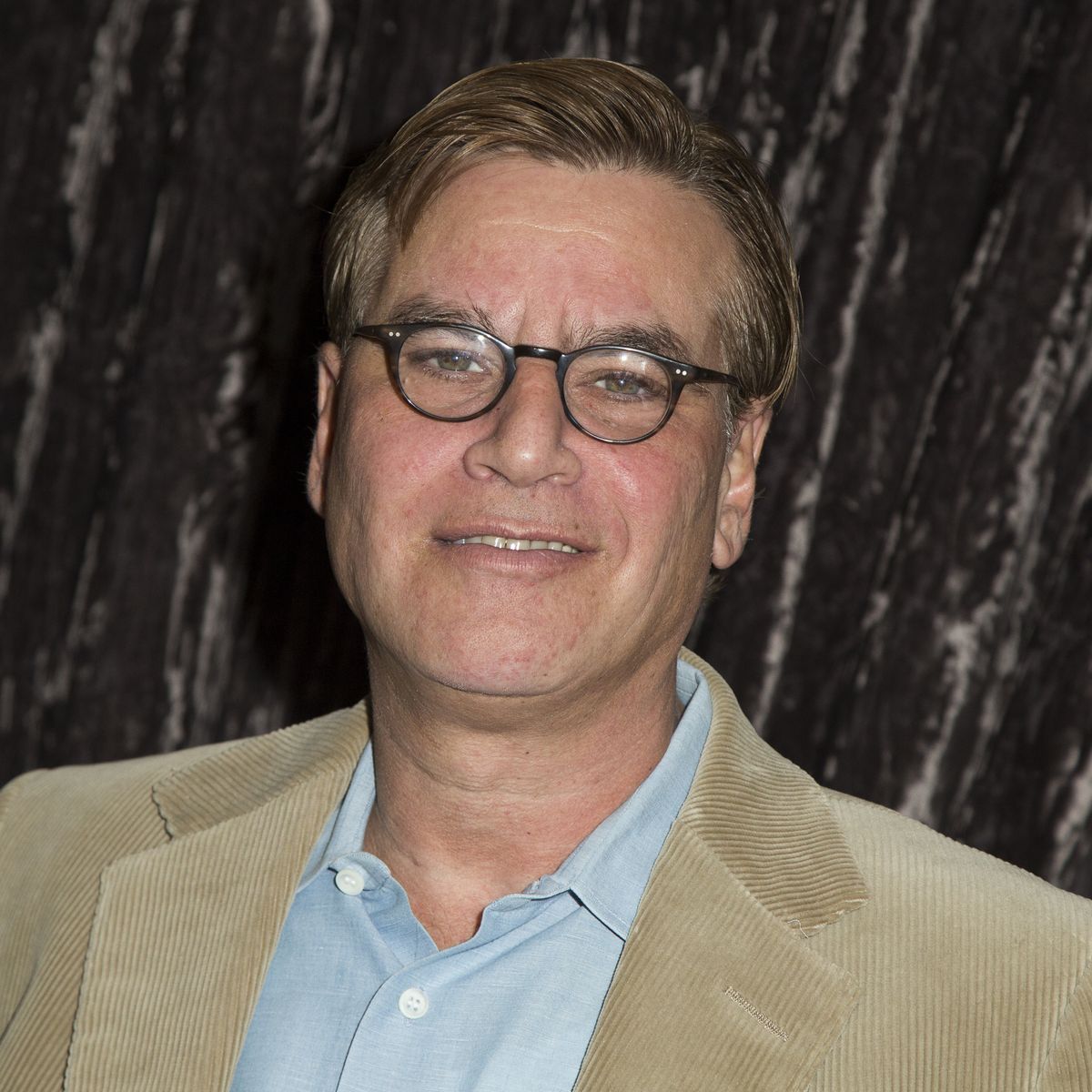 Who Is Aaron Sorkin?

Aaron Sorkin pursued acting before discovering his passion for writing. He became a major Hollywood player when his military courtroom drama A Few Good Men was brought to the big screen in 1992, and he scored a hit with the creation of the popular TV show The West Wing in 1999. Known for his characters' sharp dialogue, Sorkin won an Academy Award for his screenplay for The Social Network (2010). He has since earned acclaim for the creation of the HBO drama The Newsroom, as well as his screenplays for Moneyball (2011), Steve Jobs (2015) and Molly's Game (2017), his directorial debut.

Aaron Benjamin Sorkin was born on June 9, 1961, in New York City, and grew up in the suburb of Scarsdale. The son of an intellectual property lawyer and a schoolteacher, he developed an interest in acting through trips to the theater, and an ear for dialogue through spirited family mealtime conversations.

Sorkin became vice president of the drama club at Scarsdale High School and earned his degree in musical theater from Syracuse University in 1983. Afterward, he pursued an acting career in New York City, landing a gig with a touring children's theater group between odd jobs.

Given access to a friend's typewriter during those lean years, Sorkin discovered he felt a jolt from dashing off pages of dialogue. He soon wrote a play that reflected his experiences with the touring theater group, called Removing All Doubt. He then made an impressive professional leap with his second play, Hidden in This Picture, which was produced with Nathan Lane headlining the cast.

Meanwhile, the burgeoning writer began transcribing his thoughts about a military courtroom drama to a series of cocktail napkins. Even before A Few Good Men made it to Broadway in 1989, the film rights were optioned to TriStar Pictures. By the time A Few Good Men hit big screens in December 1992, entrancing audiences with the commanding performances of Tom Cruise and Jack Nicholson, Sorkin had become a major Hollywood player.

Sorkin co-wrote the dramatic thriller Malice (1993), which drew mixed reviews despite the presence of stars Nicole Kidman and Alec Baldwin. He fared better with The American President (1995), with Michael Douglas and Annette Benning striking up romantic sparks, and delivered uncredited rewrites to other scripts during this time.

Sorkin moved to the small screen in 1998 with the development of Sports Night, a comedy about the behind-the-scenes production of a sports highlight program. Filled with snappy dialogue, the show garnered Sorkin an Emmy nomination for outstanding writing but lasted just two seasons before cancellation.

In the meantime, Sorkin developed another program that drew from The American President. A political drama with Martin Sheen in the role of President Josiah Bartlett, The West Wing became an enormous hit, with Sorkin claiming one of the record nine Emmys awarded to the show in 2000. Sorkin wrote nearly every episode of The West Wing's first four seasons, delving into hot-button issues of gun control, terrorism and marriage equality, before leaving the program in 2003.

Sorkin's follow-up series, Studio 60 on the Sunset Strip, fizzled after just one season on television, and his return to theater with The Farnsworth Invention also failed to leave a lasting mark. However, he rediscovered success with his adaptation of Charlie Wilson's War (2007), a political comedy-drama starring Tom Hanks and Julia Roberts.

Sorkin next turned his focus to the origins and subsequent legal battles behind the rise of social media giant Facebook. Adapted from a book by Ben Mezrich, and starring Jesse Eisenberg as Facebook co-founder Mark Zuckerberg, The Social Network (2010) was a crowning achievement for Sorkin, who won an Academy Award and Golden Globe for his screenplay. He followed with another adaptation that garnered Oscar buzz, co-writing the script for the baseball movie Moneyball (2011).

In 2012, Sorkin returned to television with The Newsroom. Combining elements from his previous projects, the program highlighted the frenzied behind-the-scenes production at a cable news channel, its cast delivering plenty of witty banter and impassioned speeches. By the time the show concluded in December 2014, Sorkin had already completed the screenplay for a biopic of Apple co-founder Steve Jobs. Released the following year, with Michael Fassbender in the titular role, Steve Jobs earned Sorkin his second Golden Globe win for Best Screenplay.

In January 2016, it was announced that Sorkin would make his directorial debut with an adaptation of Molly's Game, a memoir by underground poker organizer Molly Bloom. He also wrote the script for the film, which debuted in late 2017 and garnered Golden Globe and Oscar nominations for Best Adapted Screenplay.

Additional projects include the Broadway adaptation of Harper Lee's classic To Kill a Mockingbird in 2018 and 2020's The Trial of the Chicago 7, which the Golden Globe for Best Screenplay - Motion Picture.

The award-winning writer has been open about his struggles with substance addiction. He began using marijuana and cocaine early in his professional career, and has said he was high on crack while writing the screenplay for The American President. Sorkin was arrested at Burbank Airport in Los Angeles in 2001 when drugs and paraphernalia were found in his luggage, but he maintains that he has since remained clean.

In 1995, Sorkin married entertainment lawyer Julia Bingham. They had a daughter named Roxy together before divorcing in 2005. Sorkin has been romantically linked to actress Kristin Davis and columnist Maureen Dowd, though he is also known to be a workaholic who sleeps in his office during busy stretches.