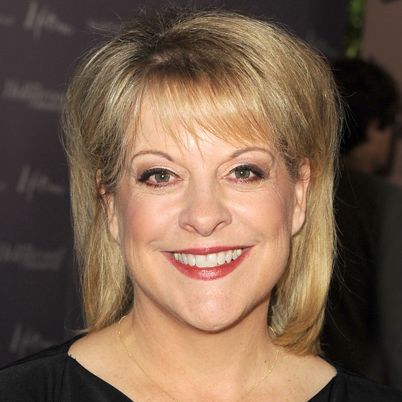 Who Is Nancy Grace?

Nancy Grace was on track to become an English professor in 1979 when her fiancé, Keith Griffin, was shot to death. As a result of the event, Grace began a life in the field of criminal justice. After obtaining her degree in constitutional and criminal law from New York University, Grace found her way to the Fulton County District Attorney's Office, in Atlanta, where she served as a special prosecutor. Due to her take-no-prisoners courtroom approach, Court TV hired her to host a live trial coverage show, Closing Arguments. She later co-hosted Cochran and Grace and Swift Justice with Nancy Grace. As one of TV's most followed legal analysts, she became host of the top-rated show, Nancy Grace. In 2016 she stepped down from her on-air duties.

Nancy Grace was born in Macon, Georgia, on October 23, 1958. At age 19, she was poised to enter the academic world as an English professor, but in a twist of fate that would change the course of her life, her fiancé, Keith Griffin, was shot and killed. Afterward, Grace gave up her academic plans and instead set her sights on a career in criminal justice. She went on to earn bachelor's and Juris Doctor degrees from Mercer University and an advanced legal studies degree from New York University's School of Law.

After NYU, she taught at the Georgia State University College of Law (and business law at Georgia State's business school) before entering practice with the Fulton County District Attorney's Office (Atlanta), where she served as a special prosecutor for more than ten years. As might be expected in retrospect, her cases often involved murder, rape and child molestation — and Grace never lost a case. While in Atlanta, Grace also volunteered on a battered-women's hotline.

In 2005, Grace began hosting a prime-time legal-analysis show called Nancy Grace on CNN Headline News (now the Headline News network, or HLN). She continued on with her Court TV work until 2007 and with Swift Justice until 2011. By then, Nancy Grace had gained steady momentum and its host enjoyed growing fame and popularity, chiefly due to her aggressive coverage and discussion of controversial topics of the day, such as the Elizabeth Smart kidnapping, the Duke University lacrosse team rape case, and the Caylee Anthony case.

With each of these cases and others, Grace vehemently let her opinions be known, often ahead of evidence to support them, behavior that generated controversy, backlash, and rising ratings for her show. She has appeared on a wide variety of other shows, including The Oprah Winfrey Show, The View, Good Morning America and Larry King Live, where she gives her no-holds-barred take on the modern justice system. She has also danced on TV’s Dancing with the Stars, coming up just short of the semifinal round.

Grace has been the recipient of several American Women in Radio & Television Gracie Awards and has also been awarded the organization’s Individual Achievement/Best Program Host honor. Grace has also been widely recognized for her work and advocacy on victims’ rights issues.

Since Grace left her show in 2016, she hasn't missed a beat. The TV personality has been taking time out to work behind the scenes, immersing herself in her radio crime show on Sirius XM, launching her website crimeonline.com, and writing her mystery thriller Hailey Dean book series.

During an interview in 2017, Grace admitted she's really been enjoying the change radio brings. "I feel the reporters and guests are more open on radio," she said. "On TV, too many people are worried about their hair and makeup and whether they’re sitting up straight. It’s a more uninhibited environment on the radio where I feel people are more honest.”

However, Grace hasn't given up on television altogether. Starting on March 29, 2018, Grace has teamed up with legal analyst Dan Abrams for a live studio audience crime show called Grace vs. Abrams on A&E Network, in which the two will debate famous controversial crimes and legal cases.

Grace is the author of three books: Objection! How High-Priced Defense Attorneys, Celebrity Defendants, and a 24/7 Media Have Hijacked Our Criminal Justice System (2005), The Eleventh Victim (2009, fiction) and Death on the D-List (2010, fiction).