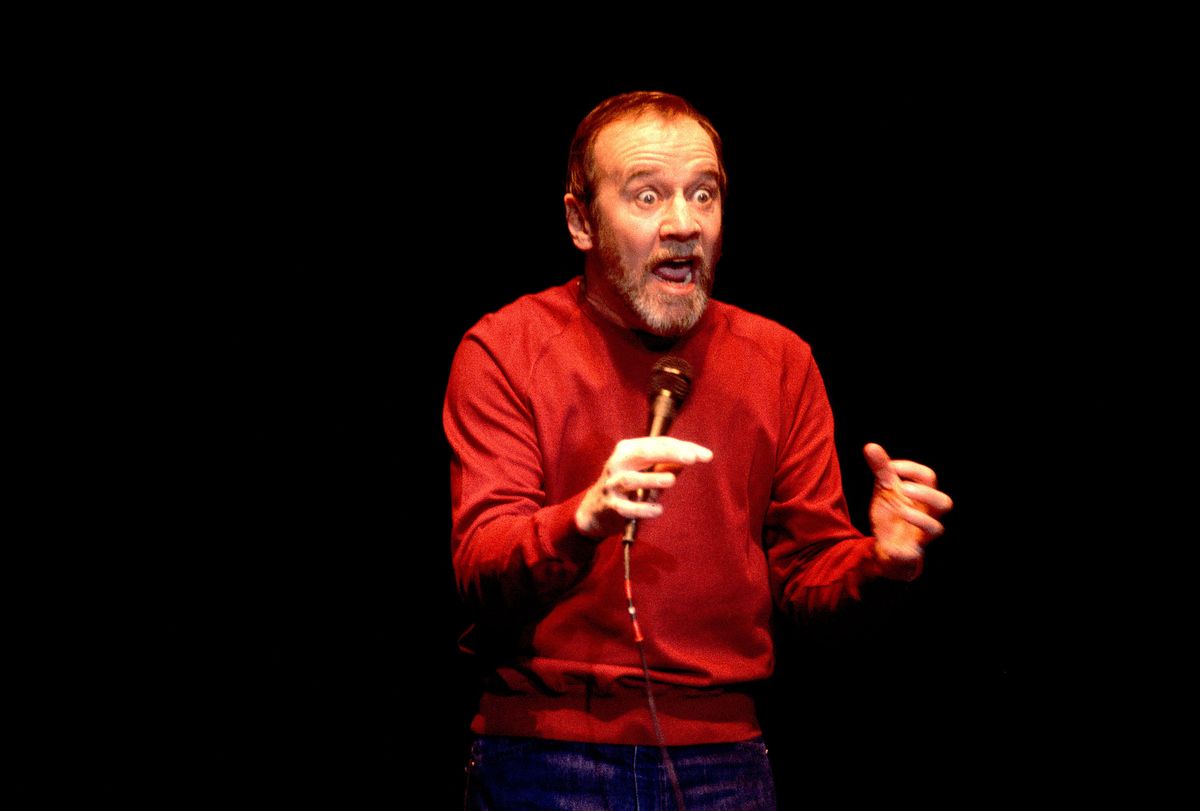 On May 27, 1972, comedian George Carlin took the stage at the Santa Monica Civic Auditorium in Southern California for what would become a seminal moment in broadcast history.

The bit was meant to highlight the absurdity of signaling a few words out of the roughly 400,000 in the English language that would somehow corrupt our souls by repeating them for public consumption, and Carlin effectively made his point with silly voices and simple logic.

But the funnyman knew he was treading in dangerous territory: He had been with Lenny Bruce a decade earlier when his mentor was arrested in Chicago for saying at least two of those forbidden words during a show.

Sure enough, Carlin met the same fate in Milwaukee a few months after debuting his "Seven Words." His arrest was eventually thrown out, but the bigger battle was just beginning.

A radio listener’s complaint sent the case to court

At around 2:00 p.m. on October 30, 1973, East Coast station WBAI-FM warned it was about to air a recording with potentially offensive language and proceeded to play an offshoot of Carlin's routine, this one titled "Filthy Words."

CBS executive John Douglas, a member of a watchdog group called Morality in Media, listened to the broadcast alongside his 15-year-old son as they drove home. Appalled, he filed a complaint with the Federal Communications Commission a few weeks later over the language aired in the middle of the day.

In February 1975, the FCC issued a declaratory order that determined the broadcast to be "indecent" and threatened to impose sanctions on the Pacifica Foundation, who owned WBAI, over any subsequent complaints. Pacifica challenged this finding in court, and in 1977 the United States Court of Appeals for the District of Columbia Circuit ruled in favor of the broadcast entity by a 2-1 margin, sending the case all the way up to the Supreme Court.

On July 3, 1978, the Supreme Court issued its landmark ruling in Federal Communications Commission v. Pacifica Foundation, upholding the FCC's power to determine language guidelines and limitations by a 5-4 margin. Penning the majority decision, Justice John Paul Stevens cited the need for such regulation due to broadcast media's "uniquely pervasive presence in the lives of all Americans."

But Justice William Brennan slammed the "misapplication of fundamental First Amendment principles," in his dissent, writing, "The Court's decision may be seen for what, in the broader perspective, it really is: another of the dominant culture's inevitable efforts to force those groups who do not share its mores to conform to its way of thinking, acting, and speaking."

The legal issue of ‘indecency’ returned to courts years later

After the turn of the century, the issue returned to the forefront amid a changing media landscape. Along with the increasing popularity of cable television, the proliferation of the internet, with its burgeoning social media platforms, introduced new avenues for off-color language (and other content) to reach audiences.

But it was traditional broadcast media that found itself in hot water for profanity, specifically for the f-bombs uttered by celebrities like Bono and Cher during live awards telecasts. After the FCC revised its policy to prohibit such "isolated and fleeting" expletives, the Fox network launched a lawsuit to fight these restrictive measures.

In 2009's Federal Communications Commission v. Fox Television Stations, the Supreme Court upheld the power of the FCC in this case but punted the issue of a broader ruling on censorship back to the lower courts for examination.

After the Second Circuit Court found the FCC's policy to be "unconstitutionally vague" in 2010, FCC v. Fox returned to the Supreme Court in 2012. This time, the Court ruled against the FCC, but on the grounds that the Commission had violated due process by not giving a proper warning about its revised policy. Majority opinion author Justice Anthony Kennedy noted that the ruling did not touch on the constitutionality of the policy itself, essentially leaving things as they had been since FCC v. Pacifica was decided in 1978.

Carlin was thrilled his routine impacted the American legal system

Meanwhile, the man who set all of this into motion had passed on to the great stand-up stage in the sky. Carlin's career was hardly derailed by the brouhaha over his language – he went on to host the inaugural episode of Saturday Night Live, 14 HBO specials, his own sitcom, and parts in popular films like Bill & Ted's Excellent Adventure. Shortly after his death in 2008, he was awarded the Mark Twain Prize for American Humor.

His "Seven Dirty Words" retains its biting humor and endures as one of the most famous stand-up bits in history. But for all its quotability, Carlin seemed most pleased by the way his gutter talk penetrated the buttoned-up world of academia and set the tone for a broader discussion.

"FCC v. Pacifica has become a standard case to teach in communications classes and many law schools. I take perverse pride in that," he wrote in his autobiography, Last Words, adding, "I'm actually a footnote to the judicial history of America."