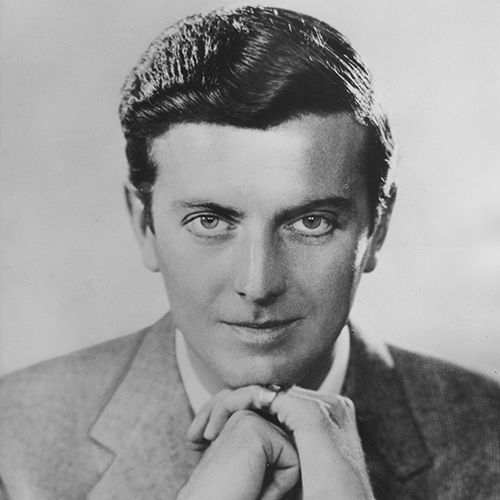 Who Was Hubert de Givenchy?

After attending art school, Hubert de Givenchy worked for several important fashion designers in Paris. He opened his own design house in 1952 and was immediately praised for his chic, feminine designs. One of Givenchy's most famous affiliates was actress Audrey Hepburn, who wore his designs in Breakfast at Tiffany's and Charade, among other films. Givenchy continued to design for decades, officially retiring in the mid-1990s.

Hubert James Marcel Taffin de Givenchy was born on February 21, 1927, in the city of Beauvais in northern France. His parents, Lucien and Béatrice (née Badin) Taffin de Givenchy, gave him and his brother, Jean-Claude, an aristocratic heritage. After Lucien died in 1930, Givenchy was raised by his mother and maternal grandmother.

In 1944, Givenchy moved to Paris, where he studied art at the École Nationale Supérieure des Beaux-Arts. Though he considered a career in law, he decided to enter the world of fashion. At the age of 17, Givenchy began an apprenticeship with designer Jacques Fath. After his time with Fath, Givenchy worked for famous French couture houses like Lucien Lelong, Robert Piguet and Elsa Schiaparelli.

The striking Givenchy, standing at 6'6", opened his own design house in 1952, maintaining a modest business plan. His debut collection was a hit, featuring separates such as long skirts and tailored tops that included the "Bettina blouse," named after model Bettina Graziani. In his following collections, he highlighted elegant evening gowns, feminine hats and tailored suits. The Givenchy name thus became synonymous with Parisian chic.

In 1953, Givenchy met Spanish designer Cristóbal Balenciaga, whom he greatly admired and who became a beloved mentor. In the mid-1950s, the two teamed up to introduce a new silhouette called the "sack," a loose form without any waistline. By the 1960s, Givenchy, setting new trends and embracing aspects of youth culture, had begun to favor shorter hemlines and straighter silhouettes in his designs.

Givenchy designed for many celebrity clients, including Oscar-winning actress Audrey Hepburn, with whom he would become closely affiliated with in terms of her cinematic style. He designed her attire for Funny Face (1957) and Breakfast at Tiffany's (1961) along with fellow costumier Edith Head, who'd previously handled wardrobe for Hepburn in Sabrina.

Givenchy had in fact first met Hepburn during the film's production, but initially thought he would be receiving a visit from another actress with the same surname, Katharine. They nonetheless eventually hit it off. Hepburn presented certain ideas inspired by Givenchy for Sabrina, with Head and her team ultimately coming up with the final looks for the film on their own.

Givenchy also handled design duties on the Hepburn films Love in the Afternoon (1957), Charade (1963), Paris When It Sizzles (1964) and How to Steal a Million (1966). And in 1957, the Givenchy brand released an immensely popular fragrance inspired by Hepburn called L'Interdit.

Among the other well-known women of style dressed by Givenchy were U.S. first lady Jacqueline Kennedy Onassis, who wore a Givenchy gown during an official visit to the Palace of Versailles in 1961; Princess Grace of Monaco; Wallis Simpson, Duchess of Windsor; and socialite Babe Paley.

After selling his business to the luxury conglomerate Louis Vuitton Moët Hennessey in 1988, Givenchy designed for seven more years, retiring and presenting his final collection in 1995. He was succeeded as head designer by enfant terrible John Galliano, with Alexander McQueen and Riccardo Tisci later serving as head designers.

In his later years, Givenchy lived at a country estate called Le Jonchet in the French countryside. His work was displayed in retrospective exhibitions at the Fashion Institute of Technology in New York and the Musée Galliera in Paris, and he received a Lifetime Achievement Award from the Council of Fashion Designers of America in 1996.