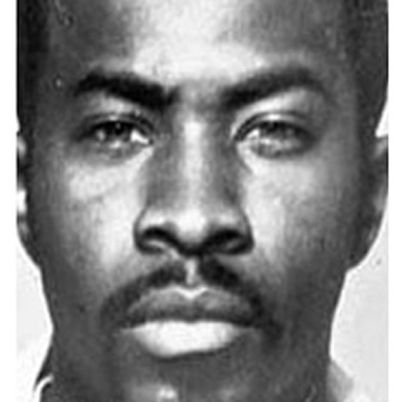 Who Is Kenneth McGriff?

Kenneth McGriff was convicted of narcotics possession in 1985. He was released on parole in 1995, and in 2002 he was arrested pending murder charges when rivals E-Money Bags and Troy Singleton were found dead in Queens. In 2003, he was convicted of drug trafficking, racketeering and murder. In 2007, he was sentenced to life in prison.

McGriff was born on September 19, 1960, the middle child of three in family-friendly South Jamaica, Queens. McGriff's parents were both city transit workers, and the family lived a middle-class lifestyle.

McGriff was introduced to a sect of the Nation of Islam, called the "Five Percent Nation," while attending Catherine & Count Basie Junior High School. The "Five Percenters" were formed in the 1960s, based on the belief that five percent of the African-American population were destined to be its natural leaders. McGriff's involvement with the group earned him the righteous name "The Supreme."

McGriff was introduced to local drug kingpin "Fat Cat" Nichols, through a fellow Five Percenter, "Prince" Rasheem, who was a cousin of Nichols. Supreme formed his own crew shortly after called the Supreme Team. He based his drug business in the Baisley Park Housing Projects, which were close to McGriff's home. Under McGriff's leadership, the gang's numbers reached the hundreds, and the team dominated the crack-cocaine trade in Baisley Park.

McGriff arranged an elaborate security system around the projects, assigning lookouts equipped with walkie-talkies to keep watch from the tops of nearby buildings. If police officials entered the area, McGriff's security team would alert their dealers, who would then hide incriminating evidence. Neighborhood kids who were loyal to McGriff would be given special treats, including basketball tournaments and musical performances.

In 1985, McGriff was convicted of narcotics possession and sentenced to time at Elmira State Prison in New York. While McGriff served his time, the Supreme Team was placed under the leadership of McGriff's nephew, Gerald "Prince" Miller. Miller was known to be vicious and unforgiving, and through his leadership dozens of people were tortured, beaten and murdered. As the head of the organization, McGriff received the blame for the new, and much more violent, business dealings. As soon as he was released from Elmira in 1987, he landed right back in prison for engaging in a Continuing Criminal Enterprise. After a plea bargain, he was sentenced to 12 years in prison for the offense.

After serving almost seven years of his sentence, McGriff was released from prison on parole in early 1995. The former drug kingpin decided to go straight, and opened a barbershop near his parents' home. He also began making plans to enter the film industry, with the goal of creating a remake of a Donald Goines crime novel. Making friends with hip-hop producer Irv Gotti, McGriff began meeting rappers and urban musicians, often providing them with protection. In exchange, Gotti and his friends began creating the financial backing needed to make McGriff's Hollywood vision a reality. By the end of the year, however, McGriff was sent back to prison for multiple parole violations. He served another two and half years in prison before he was released in 1997.

In 2000, McGriff flew to Los Angeles in an attempt to purchase the rights to Goines' novel. He lined up a cast, locations and even pre-released a volume of music for the film consisting of musicians on Gotti's Murder, Inc. record label. The film Crime Partners was shot later that year in Harlem, New York, and included appearances by Ja Rule, Snoop Dogg and Ice-T. McGriff optioned the rights to four more Goines books, with the vision to produce a franchise.

But life went sour for McGriff after he was asked to settle a dispute between rappers 50 Cent and Ja Rule. 50 Cent refused to back down after countless threats, instead mocking McGriff through the lyrics of his song "Ghetto Qu'ran," which was released in 2000. The incidents escalated until 50 Cent was shot nine times on May 24, 2000, by unknown attackers. He survived, and released another song, which implicated McGriff in the shooting. In 2005, when the rapper released a biopic about his life entitled Get Rich or Die Tryin', he created a character named Majestic, who seemed to be based on McGriff.

This series of accusations were followed by more serious charges in late 2001 after rival gangsters E-Money Bags and Singleton were found murdered in Queens. Investigators believed that McGriff had hired killers to exact revenge on the two men, who were allegedly responsible for the death of McGriff's friend, Black Jus' Johnson. After the slaying of two more men who were working with Supreme, police gathered enough evidence to imprison McGriff in 2002, pending murder changes.

In 2003, Gotti also came under investigation, putting his record label in serious jeopardy. Gotti was charged with laundering funds for McGriff in 2005, but the jury declared Gotti innocent on all charges. Despite the victory, McGriff was convicted of drug trafficking, racketeering and murder in New York federal court. Using testimony from a hitman, text messages, and alleged video evidence of the victim's last few moments alive, prosecutors made the case that McGriff had hired killers for $50,000. Because all his assets, and Gotti's assets, were seized, McGriff was unable to hire a lawyer. Instead, he was granted a court-appointed attorney. On February 9, 2007, the jury sentenced McGriff to life in prison.