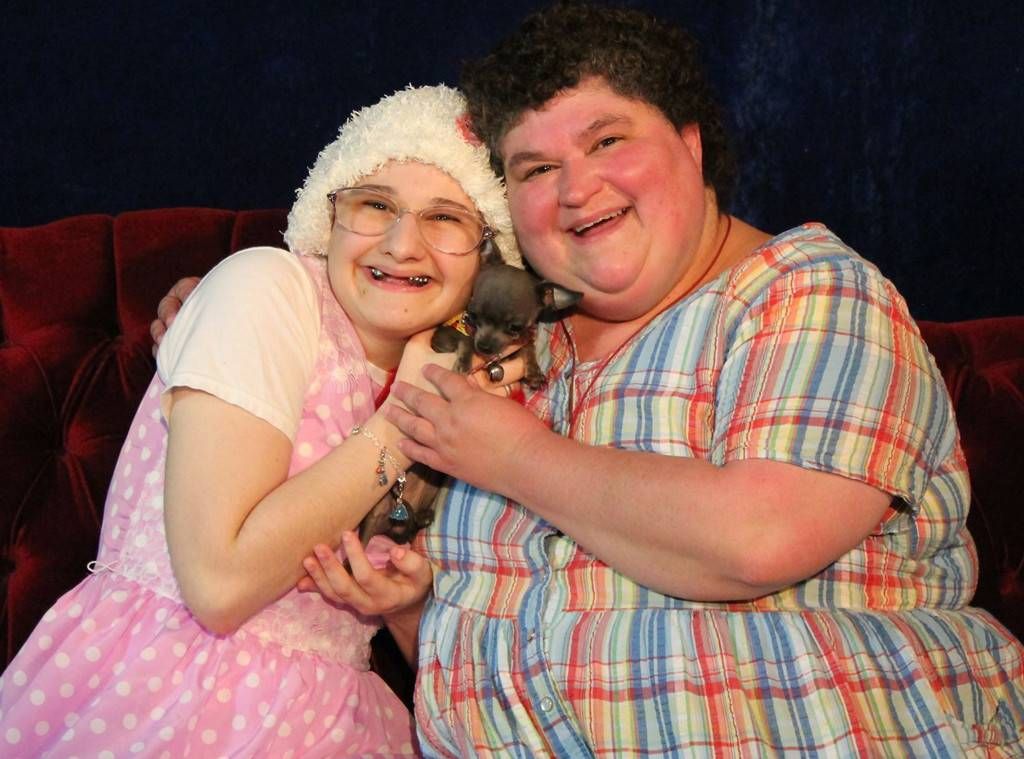 Gypsy Rose Blanchard grew up with her mother, Dee Dee Blanchard, making claims about her health that resulted in a series of dire diagnoses and medical interventions. However, Gypsy wasn't actually unwell — her mother had been lying about her symptoms. Experts believe Dee Dee's behavior stemmed from the mental disorder Munchausen syndrome by proxy; because Dee Dee wanted to be a caretaker, she feigned and induced illness in her daughter. The truth about Gypsy and her mother only came out after Gypsy arranged for an online boyfriend to murder Dee Dee in 2015.

Gypsy Rose, who was born in 1991, was a baby when Dee Dee claimed her daughter had sleep apnea. When Gypsy was eight years old, Dee Dee described her as suffering from leukemia and muscular dystrophy and said she required a wheelchair and feeding tube. The list of medical problems that Dee Dee related about her daughter would go on to include seizures, asthma and hearing and visual impairments.

Due to Dee Dee's actions, Gypsy was prescribed a litany of medications and had to sleep using a breathing machine. She also went through multiple surgeries, including procedures on her eyes and removal of her salivary glands. When Gypsy's teeth rotted — perhaps due to her medications, missing salivary glands or neglect — they were pulled out.

Yet the truth was that Gypsy could walk, didn't need a feeding tube and did not have cancer. Her head was bald only because her mother shaved off her hair. Experts believe Dee Dee had a mental illness known as Munchausen syndrome by proxy (also called factitious disorder imposed on another), which made her fabricate her daughter's ill health in order to receive attention and sympathy for taking care of a sick child.

Dee Dee appeared to be a charming, devoted mother, so people believed her

Medical tests often showed inconclusive or contradictory results regarding Gypsy's diagnoses, but Dee Dee would stop seeing any doctors who questioned her daughter's ailments. And many caregivers went along with what Dee Dee wanted. She'd had some nurse's training, so she could accurately describe symptoms, and she sometimes gave Gypsy medication to mimic certain conditions. Dee Dee was also charming and seemed devoted to her daughter. When Gypsy was old enough to talk, Dee Dee instructed her not to volunteer information during their appointments — she was always the one relating Gypsy's fake medical history.

Dee Dee told Gypsy's father, Rod Blanchard, that their daughter had a chromosomal disorder that had led to her many health issues. He complimented Dee Dee for her devoted care. When some of Dee Dee's family noticed that Gypsy didn't seem to need a wheelchair and asked questions, Dee Dee and Gypsy moved away.

Dee Dee claimed to be a victim of Hurricane Katrina, so she and Gypsy received assistance to relocate from Louisiana to Missouri in 2005. There, Dee Dee continued to bring Gypsy to doctor's appointments. Hurricane Katrina also provided an excuse for missing medical files. 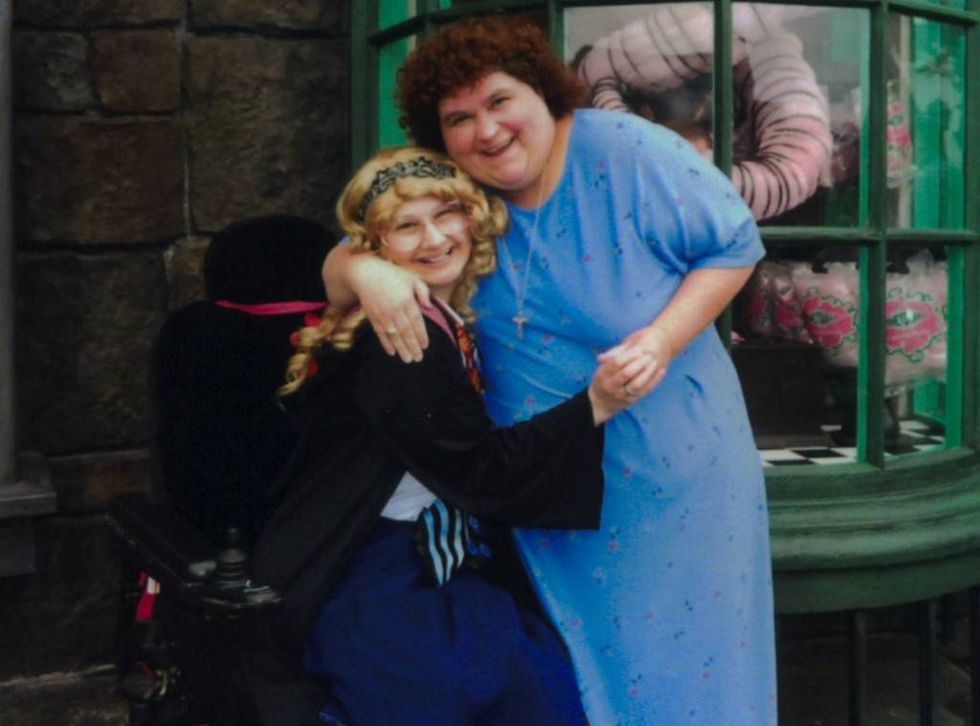 Even when Gypsy was a teenager, Dee Dee still claimed she was sick and began to lie about Gypsy's age

In 2008, Gypsy and Dee Dee moved into a new home in Springfield, Missouri. Built by Habitat for Humanity, it was painted pink and had a wheelchair ramp. Gypsy and Dee Dee also received benefits that included charity-sponsored visits to concerts and Disney World. All along, Dee Dee continued to bask in the attention she received for being a devoted caretaker.

When Gypsy was 14, she saw a neurologist in Missouri who came to believe she was a victim of Munchausen syndrome by proxy. However, this doctor never reported her case to authorities. In later interviews, he stated his belief that there wasn't enough evidence to act. In 2009, an anonymous report was made to authorities stating that Dee Dee's accounts of Gypsy's ailments had no medical basis. This resulted in two caseworkers visiting their home, but Dee Dee convinced them there was nothing wrong.

As Gypsy grew older, Dee Dee began to lie about her age, going so far as to alter the dates on Gypsy's birth certificate to make her daughter seem younger. But Gypsy was still becoming harder for Dee Dee to control.

In 2011, Gypsy tried to get away from her mother by running away with a man she'd met at a science fiction convention. But Dee Dee soon tracked them down via mutual friends. She convinced the man that Gypsy was a minor, though she was actually 19 at the time. According to Gypsy, Dee Dee smashed her computer and physically restrained her to her bed after they returned home. Gypsy has also stated her mother would sometimes hit her and deny her food.

Gypsy eventually managed to get back online. She joined a Christian dating site, where she met Nicholas Godejohn. She told him the truth about her mother's actions and ended up asking him to kill Dee Dee so they could be together. In June 2015, he came to her house and stabbed Dee Dee while Gypsy waited, ears covered, in the bathroom.

Gypsy and Godejohn returned to his home in Wisconsin, where they were found by police. Gypsy had twice posted to the Facebook account she shared with her mother, once writing, "That b***h is dead!" She later explained she made the posts because she wanted her mother's body to be discovered.

Gypsy was 'afraid' and believed she 'didn't have anyone to trust'

After Dee Dee's murder, many people who'd known Gypsy wondered why she had gone so far as to kill her. Since she could walk, she simply could've exposed Dee Dee's lies by standing up in public. Yet Gypsy had been conditioned to think no one would believe her. She explained, "I couldn't just jump out of the wheelchair because I was afraid and I didn't know what my mother would do. I didn't have anyone to trust."

The fact was that Gypsy had spent her entire life being controlled and monitored by her mother. She wasn't allowed to go to school. Though Gypsy was of normal intelligence, Dee Dee told everyone her daughter had a mental age of seven. When they were out in public, Dee Dee constantly held Gypsy's hand, squeezing it when she wanted her daughter to be quiet.

Dr. Marc Feldman, an expert in Munchausen syndrome by proxy, said of Gypsy's life and actions, "The control was total in the same sense that the control of a kidnapped victim sometimes is total. Her daughter was, in essence, a hostage, and I think we can understand the crime that occurred subsequently in terms of a hostage trying to gain escape."

Gypsy is 'not happy' that Dee Dee is dead

As Gypsy's medical records documented the abuse she'd been subjected to, her lawyer was able to arrange a plea deal for the charges she faced in Dee Dee's death; in 2016, Gypsy pled guilty to second-degree murder. She was sentenced to 10 years in prison, though she'll be eligible for parole beginning in 2024. Godejohn was found guilty of first-degree murder in 2018 and was sentenced to life in prison.

Gypsy has stated it was only after Dee Dee's death that she realized the extent of her mother's deception. While Gypsy had known she could walk and eat regular food, she had believed she had leukemia.

Today Gypsy is healthy. She's also said she enjoys more freedom in prison than in the life she shared with Dee Dee. However, when asked by Dr. Phil if she was glad her mother was dead, she stated, "I’m glad that I’m out of that situation, but I’m not happy she’s dead." She is eligible for parole in 2024.