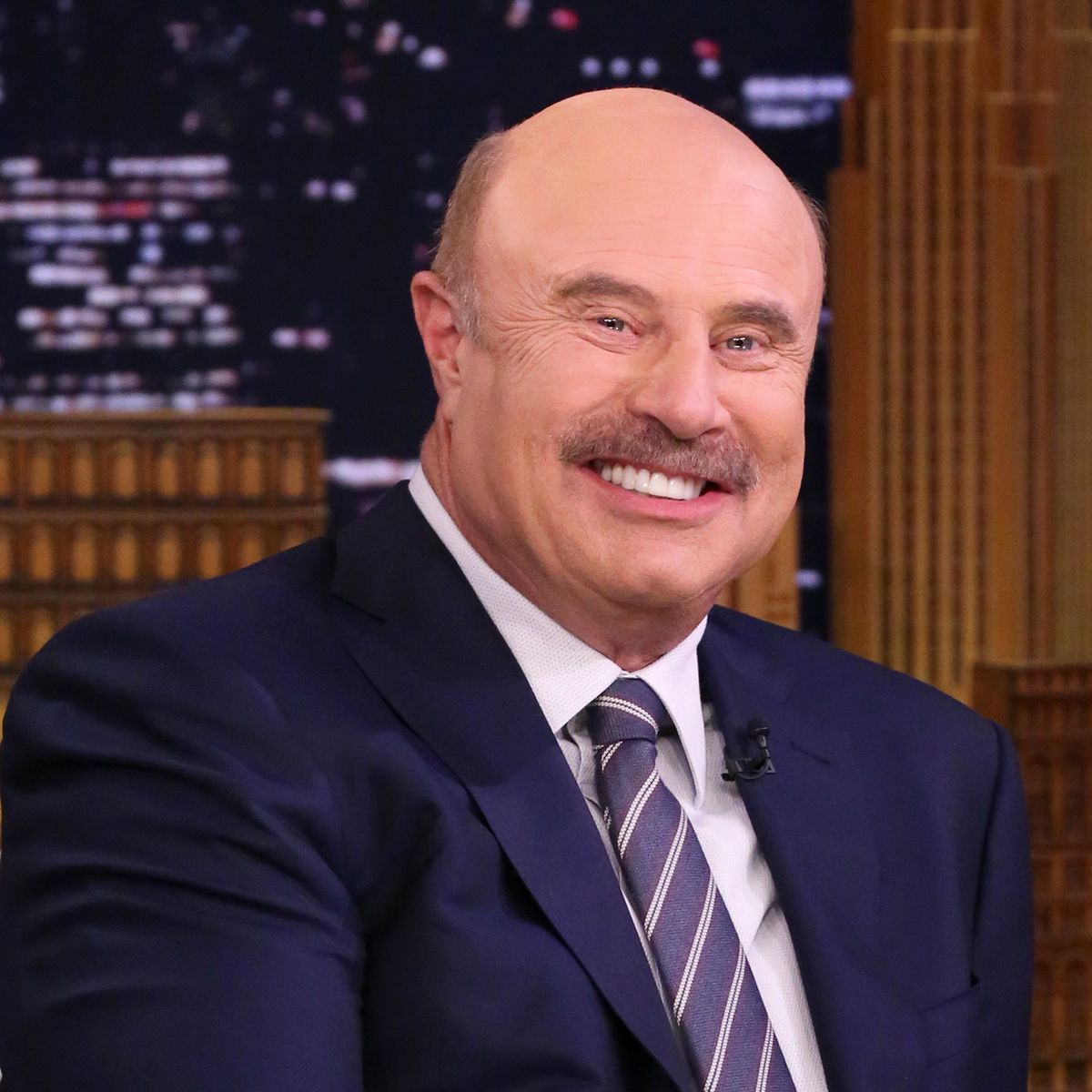 Who Is Dr. Phil McGraw?

Dr. Phil McGraw was a college football player who got his Ph.D. in psychology. He quit his private practice to start Pathways, a self-motivation seminar, as well as a company called Courtroom Sciences. After helping Oprah Winfrey win a lawsuit in 1998, he became a regular on her talk show, before launching his own daytime program, Dr. Phil, in 2002. McGraw has also penned several best-selling self-help books.

Life strategist and television host Dr. Phil was born Phillip Calvin McGraw on September 1, 1950, in Vinita, Oklahoma. Dr. Phil was raised in both Oklahoma and in Texas. He grew up to become a 6'4" linebacker and was awarded a football scholarship to the University of Tulsa, before finishing his undergraduate studies in 1975 at Midwestern State University in Wichita Falls, Texas.

Just four years later, McGraw picked up his Ph.D. in psychology from the University of North Texas. In 1979, Dr. Phil opened a practice with his father, who had earned his psychology degree following a career as an oil rig equipment supplier.

It was through Courtroom Sciences that Dr. Phil met Oprah Winfrey. In 1996, she was being sued by cattlemen who claimed she defamed the beef industry on one of her shows, and the talk-show queen hired Dr. Phil to assist during the trial.

After helping her win the case in 1998, Dr. Phil became a regular expert on Oprah, dealing with life strategies and relationships. With his catchphrase, "Get real," the plain-spoken doctor served up common sense advice rather than self-help jargon, his demeanor making him someone even tough guys felt comfortable learning from.

In the fall of 2002, he launched his own nationally syndicated series, Dr. Phil. The one-hour talk show garnered the highest ratings of any new syndicated program since the launch of The Oprah Winfrey Show 16 years earlier, and went on to pick up more than two dozen Emmy nominations.

In late 2017, the doctor found himself in the spotlight over accusations that the Dr. Phil production staff endangered the health of guests for the sake of boosting ratings. One such accusation came from former Survivor winner Todd Herzog: Battling alcohol addiction at the time, he was allegedly left alone with a bottle of vodka in his hotel room and subsequently given a Xanax to "calm his nerves," leading to his disastrous appearance on air.

A spokesman called called the allegations "absolutely, unequivocally untrue," adding that the sort of addicts who appear on the show are "notorious for lying, deflecting and trivializing."

In March 2020, following the outbreak of the coronavirus, Dr. Phil began hosting his show from his home studio.

In 2003, he launched the Dr. Phil Foundation, a non-profit organization devoted to helping children deal with issues related to obesity, eating disorders and other "silent epidemics."

Dr. Phil also is the author of several New York Times best-sellers. His most recent book, The 20/20 Diet: Turn Your Weight Loss Vision Into Reality, was released in 2014.

In early 2019, Dr. Phil introduced a new interview podcast, Phil in the Blanks. He followed shortly afterward with a true crime podcast, Mystery and Murder: Analysis by Dr. Phil.

Dr. Phil has been married to his second wife, Robin, since 1976. They have two sons, Jay and Jordan. In 2015, the popular TV doctor was inducted into the Broadcasting & Cable Hall of Fame.

In the fall of 2016, CBS began airing a series based on Dr. Phil's years with Courtroom Sciences. Entitled Bull, the drama stars Michael Weatherly as the owner of a trial consulting firm who navigates the challenges of each unique case.