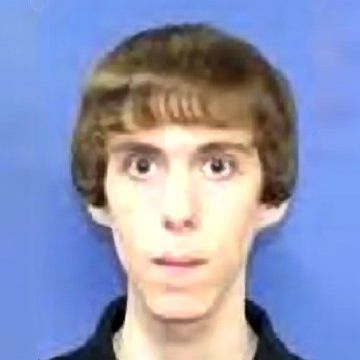 Who Was Adam Lanza?

Adam Lanza is believed to have shot his mother, Nancy Lanza, in the head at her home in Newtown, Connecticut, on December 14, 2012, before traveling to the nearby Sandy Hook Elementary School, where he shot and killed 20 students between the ages of 5 and 10, and six adult workers. According to police reports, Lanza then turned the gun on himself, fatally shooting himself in the head.

Adam Peter Lanza was born in Exeter, New Hampshire, on April 22, 1992. Lanza’s mother, Nancy, was a former stockbroker and longtime gun enthusiast. Friends and neighbors said she took her son to the gun range to avoid leaving him alone, but she was responsible with weapons. Unlike her son, who was quiet and socially awkward, Nancy was outgoing and easily made friends.

Nancy married Peter, a successful executive, on June 6, 1981. The couple divorced in 2009 when Adam was 16 years old. Thereafter, Peter reportedly relocated to Stamford, Connecticut, and agreed to pay annual alimony of $240,000 with periodic increases.

Adam had one brother, Ryan, who was six years his senior.

Lanza was described by classmates as "fidgety" and "deeply troubled." According to some of his friends and family members, he had also been diagnosed with Asperger's syndrome.

Lanza is believed to have shot 27 people: 20 children, six teachers and his mother. He is thought to have first shot his mother, Nancy, in the head at her home in Newtown, Connecticut, around 9 a.m. on December 14, 2012. He then took her car and drove approximately five miles to the Sandy Hook Elementary School, where he shot and killed 20 students between the ages of 5 and 10, as well as six adult workers.

According to reports, most of the shooting occurred in two of the school's first-grade classrooms; 14 students in one classroom, and six in the other, were murdered. Only two of the victims who were shot by Lanza — both teachers — survived the attack.

After firing between 154 rounds in less than five minutes, Lanza turned the gun on himself, fatally shooting himself in the head as responders began arriving on the scene, around 9:50 a.m. His motive for these senseless killings was unclear.

Lanza used a Bushmaster Model XM15-E2S rifle, a type of AR-15 semiautomatic rifle, in the Sandy Hook shooting. An Izhmash Saiga-12, 12 gauge semi-automatic shotgun was found in his car. There were also three weapons found next to his body, including a semiautomatic .223-caliber Bushmaster rifle and two handguns.

Nearly a year after the tragic Sandy Hook Elementary school shooting, the police released their report on the shootings. The report detailed, among other things, what investigators found in Lanza's home. There were numerous weapons as well as ammunition. Lanza also had a number of books and articles on other mass killings. But all of this evidence still did not provide a clear picture as to why he decided to target the Sandy Hook Elementary School or what led him to go on this murderous rampage.