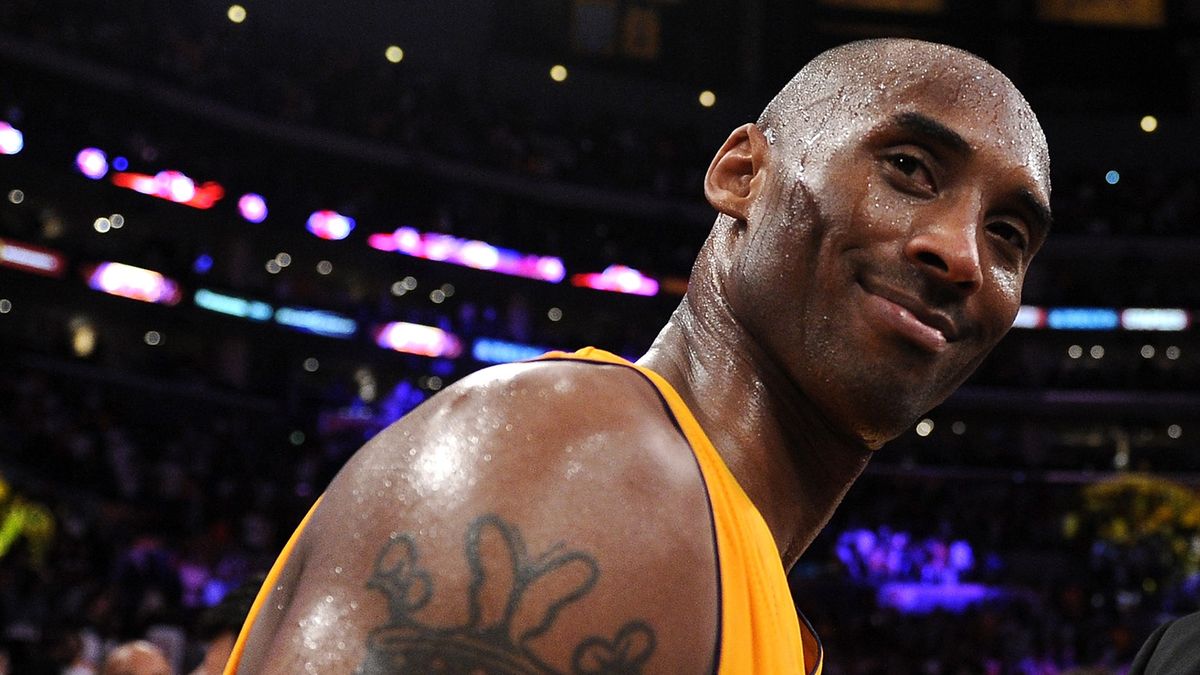 In a year heart-wrenchingly challenging for the entire global community as the pandemic spread around the entire world, life and death became a harrowing part of daily life in 2020. The devastation was accentuated by the loss of some of the most notable figures — from a variety of causes — who graced everything the big screen and basketball courts and who made their mark in fields ranging from politics and justice to the restaurant and music scenes.

Take a look at some of the greatest losses of 2020: 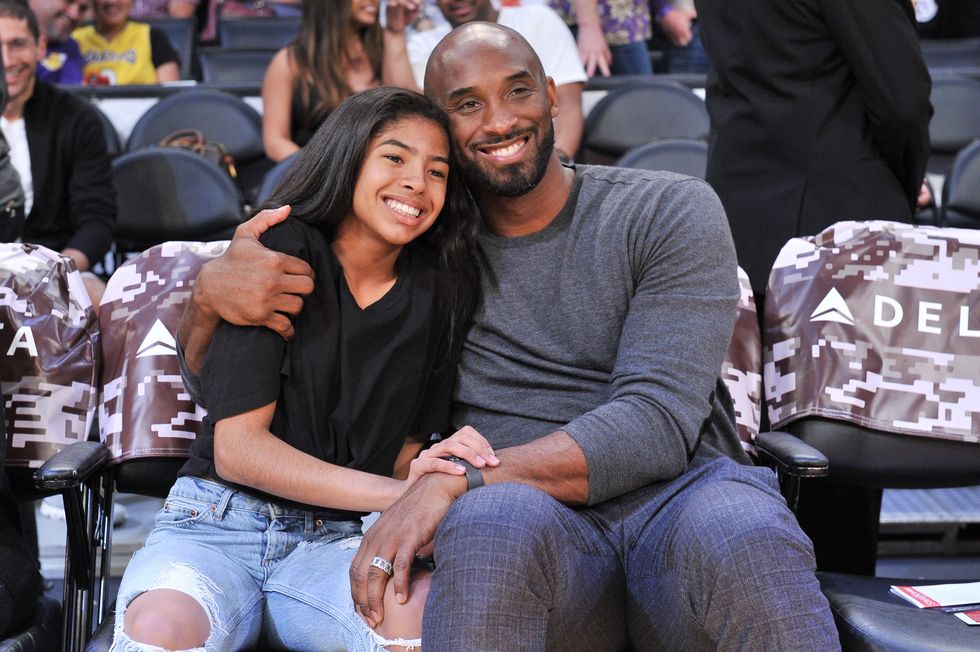 The tragic death of basketball great Kobe Bryant at the age of 41 in a helicopter crash, which also took the life of his 13-year-old daughter Gianna, sent shockwaves not just through the sports community, but the entire globe. Joining the NBA straight from high school, he immediately made a name for himself, becoming the youngest All-Star in NBA history at 19 in 1998. By 2008, he was named Most Valuable Player, and Bryant also brought home two Olympic gold medals in 2008 and 2012. With five NBA titles during his time as a Los Angeles Laker, he retired in 2016. Bryant also turned a poem he wrote in 2015 called “Dear Basketball” into an animated project, which won the Oscar for best animated short film in 2018. 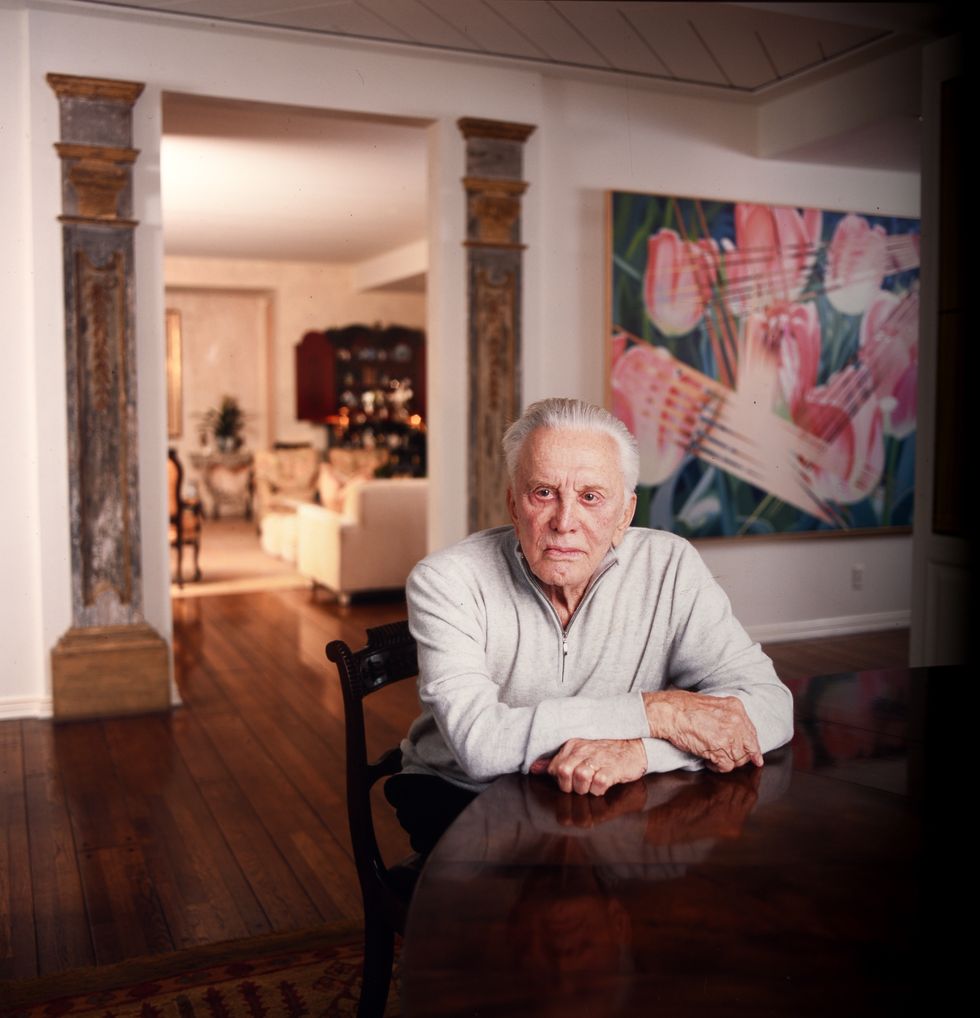 When Hollywood icon Kirk Douglas — best known for his leading role in 1960's Spartacus — passed away at the age of 103, it was his son Michael Douglas, who followed his father into the business and starred with him in It Runs in the Family (2003), that made the announcement. “To the world, he was a legend, an actor from the golden age of movies who lived well into his golden years, a humanitarian whose commitment to justice and the causes he believed in set a standard for all of us to aspire to,” the younger Douglas told People. “But to me and my brothers Joel and Peter he was simply Dad, to Catherine [Zeta-Jones], a wonderful father-in-law, to his grandchildren and great-grandchild their loving grandfather, and to his wife Anne, a wonderful husband.” The three-time Oscar nominee who worked his way up from a poor immigrant family was also known for writing fiction and nonfiction books and his philanthropy through the Douglas Foundation.

Three-time Grammy winner Kenny Rogers was a true crossover artist, known for both his country and pop songs, as well as solos and collaborations. His 1978 album The Gambler became one of his best known for hits like “The Gambler” and “She Believes in Me.” Rogers also teamed up with Dottie West on chart-topping country songs like “Every Time Two Fools Collide” in 1978 and “All I Ever Need is You” in 1979 and Dolly Parton on 1983’s “Islands in the Stream.” A true renaissance man, he was also a photographer who published several collections, an actor in TV movies like Christmas in America (1990) and a restaurant chain owner with Kenny Rogers Roasters. He performed his final Nashville concert in 2017. Rogers died at 81 in his Georgia home.

As half of the famed magical act Siegfried & Roy, German Roy Horn headlined Las Vegas shows with white lions and white tigers for nearly three decades alongside Siegfried Fischbacher. The duo met while working on a cruise ship and started collaborating on tricks that involved making animals disappear. The two also established a space outside of Vegas to preserve proper care and conditions for the rare animals. During an October 2003 show, a white tiger attacked Horn, leaving him partially paralyzed, though the magician never pointed fingers at the animal. After a long and tough recovery, the act reunited for a final show in 2009 before retiring the next year. Horn passed away at a Vegas hospital from complications from COVID-19 at the age of 75.

Richard Wayne Penniman was known to the world as the enthusiastic performer Little Richard, who helped define 1950s rock ‘n’ roll with his trademark wails and screams in songs like “Tutti Frutti,” “Long Tall Sally,” “Good Golly Miss Molly” and “Send Me Some Lovin’.” In 1957, he gave up rock and dedicated himself to gospel music before returning to rock after the Beatles recorded “Long Tall Sally.” His ground-breaking style and performances earned him honors, including as one of the original Rock and Roll Hall of Fame inductees in 1986, a National Academy of Recording Arts and Sciences Lifetime Achievement Award in 1993, and the Rhythm & Blues Foundation Pioneer Award in 1994. He died in Nashville from bone cancer at the age of 87.

All Glee star Naya Rivera wanted was a fun summer outing with her then 4-year-old son Josey, when tragedy struck. She had rented a pontoon boat in southern California’s Lake Piru and counted, “1, 2, 3,” with Josey as they both jumped into the water, People reported. The child reportedly said that his mom told him to get back on the boat and then he heard her yell, “Help,” before disappearing underwater. Though she saved her son, she was unable to save herself, presumably drowning in the lake. Rivera made her acting debut at the age of 4, appearing on shows like The Fresh Prince of Bel-Air and Family Matters, but was best known for playing Santana Lopez on Glee from 2009 to 2015. She was 33. 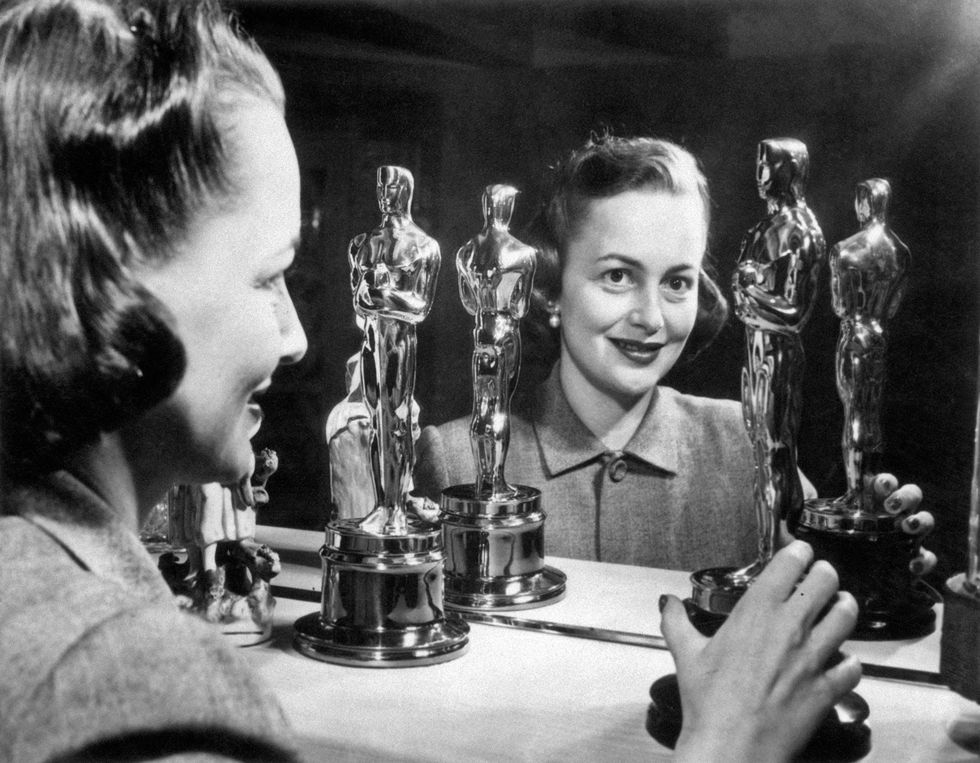 Most famous for playing Melanie in Gone with the Wind (1939), Olivia de Havilland won the Best Actress Academy Awards for To Each His Own (1947) and The Heiress (1950). Born in Tokyo, the performer grew up in California and had a breakthrough role on stage in A Midsummer Night’s Dream at the Hollywood Bowl in 1933, before starring in the 1935 film version. In the 1950s, she moved to Paris and was known for her lifelong feud with sister Joan Fontaine, as well as fighting the studio system’s power over actors. She died at the age of 104 in France.

Civil rights activist John Lewis was the youngest of the Big Six leaders, which included Martin Luther King Jr., during the 1960s movement and continued championing equal rights and justice throughout his lifetime. He spoke at the March on Washington in 1963 and led 600 protesters over the Edmund Pettus Bridge in 1965, a violent clash with state troopers in which he cracked his skull, on what became known as Bloody Sunday. But he leaned into the importance of what it represented, taking annual marches across the bridge. Serving in the House of Representatives for Georgia when he was diagnosed with stage IV pancreatic cancer in December 2019, he continued his role but passed away months later at the age of 80. During his memorial service, his body was carried across the bridge one last time.

As one of the most beloved television personalities of a generation, Regis Philbin was known for his weekday morning talk show Live! with Regis and Kathie Lee, which he co-hosted with Kathie Lee Gifford from 1988 to 2000 and later Live! with Regis and Kelly, with Kelly Ripa from 2000 to 2011. He also hosted the prime time game show Who Wants to Be a Millionaire, which debuted in 1999. The native New Yorker earned a Guinness Book of World Records title for most hours in front of the camera in 2011 with 16,700 hours starting in the 1960s. Remembered for his engaging storytelling skills and self-deprecating humor, Philbin died at 88 in his Connecticut home of natural causes.

Though very few people knew of his private health struggles, Chadwick Boseman died of stage IV colon cancer this summer at the age of 43. Diagnosed with stage III in 2016, the actor best known for being the first Black superhero to lead a Marvel universe film made some of his most ground-breaking films while secretly dealing with tremendous pain and juggling treatments. Among his most notable roles were playing Jackie Robinson in 42 (2013), James Brown in Get On Up (2014), and Thurgood Marshall in Marshall (2017). The social media posts announcing his passing said, “It was the honor of his career to bring King T’Challa to life in Black Panther.”

As the second woman to be appointed to the U.S. Supreme Court, Ruth Bader Ginsburg used her 27 years as a chief justice to stand up for gender equality, champion workers’ rights, and solidify the separation of church and state. Prior to President Bill Clinton appointing her to the office in 1993, she had been on the U.S. Court of Appeals since 1980, appointed to that role by President Jimmy Carter. She had long fought for women’s rights since her days as a young mother at Harvard Law School, where she was one of eight women in a class of 500, but her diligence paid off as she was the first female on the Harvard Law Review. In recent years, she gained pop culture icon status, cemented with the nickname Notorious RBG. She died at 87 in her Washington, D.C., home from complications stemming from metastatic pancreatic cancer.

Throughout the 1970s and 1980s, Eddie Van Halen was known in the rock music world as Van Halen’s guitarist. While the band was formed in 1974, it was their sixth album called 1984 that had some of their best-known songs, like “Panama” and “Jump.” His death at the age of 65 was announced on Twitter by his son Wolf Van Halen: “I can't believe I'm having to write this, but my father, Edward Lodewijk Van Halen, has lost his long and arduous battle with cancer this morning. He was the best father I could ever ask for. Every moment I've shared with him on and off stage was a gift.”

For more than three decades, Alex Trebek had all the answers as the host of the syndicated television game show, Jeopardy! Though he hosted a quiz show Reach for the Top in his native Canada, it wasn’t until he moved to the U.S. in 1973 that he started making a name for himself as a game show host. In 1984, Wheel of Fortune creator Merv Griffin asked him to host Jeopardy!, which earned him six Daytime Emmys and 30 nominations, as well as a Lifetime Achievement Award in 2011. He shared his stage IV pancreatic cancer diagnosis in 2019 and passed away in his Los Angeles home at the age of 80 — continuing to work on the show until the end.

After winning the 1989 election, barber’s son David Dinkins became New York City’s first Black mayor. The New Jersey-born politician went to Howard University and Brooklyn Law School before getting into government in the 1960s, working from a city clerk up to the Manhattan borough president. After losing a re-election campaign to Rudy Guiliani in 1993, he taught at Columbia University. He died at 93 in his Manhattan home.

Air Force fighter pilot Chuck Yeager was the first person to break the sound barrier when he flew the Bell X-1 rocket 700 mph in level flight in October 1947. After his ground-breaking flight, he trained military pilots to become astronauts and served in various command posts until his retirement in 1975. Tom Wolfe's 1979 book The Right Stuff and its 1983 film adaptation with Sam Shepard as Yeager continued to boost the pilot's fame. In 1985 he was awarded the Presidential Medal of Freedom. Yeager passed away at age 97 on December 7, 2020, in a Los Angeles Hospital.

Of course, these weren’t the only notable personalities we lost this year. The coronavirus was the reported cause for the deaths of Tony-nominated actor Nick Cordero (September 17, 1978 - July 5, 2020) and Fountains of Wayne singer Adam Schlesinger (October 31, 1967 - April 1, 2020). 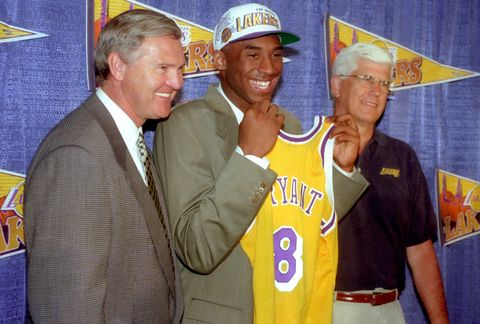