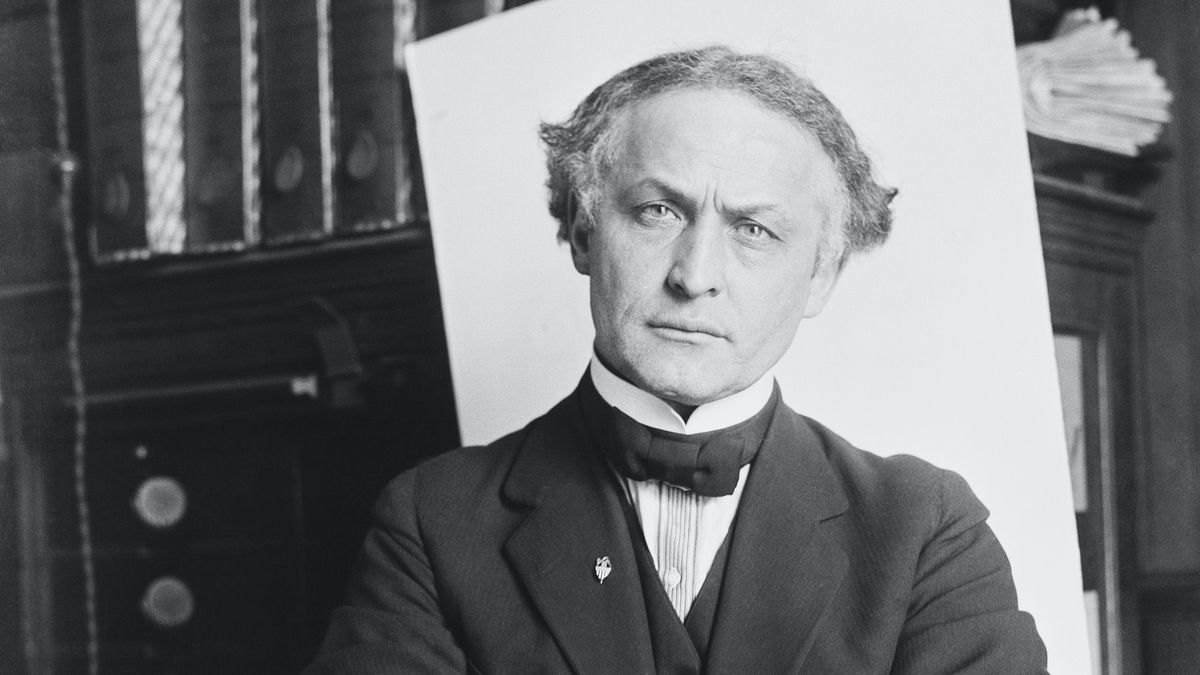 The Celts believed that on the night of October 31, the border between the living and human worlds became blurred — leading them to celebrate Samhain, a festival when they’d ward off the ghosts of the dead by lighting bonfires and dressing up in costumes.

The ancient tradition from 2,000 years ago eventually evolved into Halloween and is still celebrated on the same evening. And while the costumes remain, the purpose has definitely shifted towards candy and fright.

But for those who died on the holiday, perhaps the Celts had a point — and their journeys from here to the otherworld may have been more seamless.

Here are 10 notable names throughout history who died on October 31: 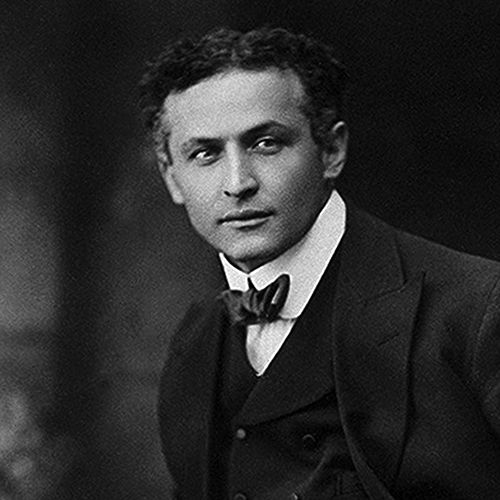 For someone who made his name defying death, it’s ironic that master magician Harry Houdini died of a punch to the stomach. While the escape artist impressively survived jumping off a bridge handcuffed and with his legs weighted down and navigated his way out of a water-filled milk can, his official cause of death was peritonitis from a ruptured appendix. But the circumstances surrounding his death are, appropriately enough, mysterious.

On October 11, 1926, he had performed his trick in Albany, escaping from a “Chinese Water Torture Cell,” where he was hung by his ankles upside down. During the stunt, he fractured his left ankle, but continued on with his packed schedule, visiting Montreal’s McGill University on October 22, where a student asked him backstage if it was true he could resist powerful stomach punches. Never one to back off from a challenge, Houdini obliged and the student delivered four or five blows. While he took it in stride and continued on, by the time he traveled to Detroit, the internal damage grew too severe. Houdini died on Halloween 1926 at the age of 52.

Even as a teen, actor River Phoenix had a magnetic personality on the silver screen, winning both the respect of critics and the hearts of fans playing Chris in the 1986 movie Stand By Me. That was followed by other notable roles, like The Mosquito Coast (1986), Running on Empty (1988), Indiana Jones and the Last Crusade (1989) and My Own Private Idaho (1991).

But on Halloween night 1993, friends reported that he was “acting strange” when he departed the West Hollywood club Viper Room around 1 a.m., according to The New York Times. Less than an hour later he had collapsed and was pronounced dead at 1:51 a.m. at Cedars Sinai Medical Center at the young age of 23. The cause of death was said to be a combination of cocaine and morphine use that created an “acute multiple drug intoxication.”

READ MORE: Stand By Me Cast: Where Are They Now?

The third prime minister of India, Indira Gandhi, is still to date the only female prime minister the country has had. When her father, India’s first prime minister Jawaharlal Nehru, died in 1964, she was appointed to the Indian parliament — and when his successor suddenly died, she stepped into office in 1966.

Gandhi continued holding the role until 1977 — and though she was briefly jailed for suspected corruption in 1978, she stepped back into the prime minister role in 1980. With tensions high with the Sikhs at the time, she was assassinated by two of her Sikh bodyguards, reportedly as payback for the Golden Temple attacks she had ordered. Gandhi died on October 31, 1984.

Italian film director Federico Fellini proved that he had a knack for storytelling that transcended language barriers, by winning four Academy Awards for Best Foreign Language film for La Strada (1956), The Nights of Cabiria (1957), 8 1/2 (1963) and Amarcord (1974). And in March 1993, he received an Honorary Academy Award as “one of the screen’s master storytellers,” working with talents such as Donald Sutherland.

But later that year, on October 17, he suffered a heart attack or heart failure. While he tried to hang on, by the end of the month, he also had a high fever and kidney issues and passed away in Rome at the age of 73 on October 31, 1993 — the exact same day as Phoenix.

After roles in at least 100 plays, British Shakespearean actor Henry Ainley passed away on October 31, 1945, at 66 in London. The New York Times called his voice “among the finest on the English stage” and said that his list of credits “fills five columns of theatre’s ‘Who’s Who.’” Among the most notable were Othello, Julius Caesar and The Tempest. He also graced the screen inside Radio City Music Hall in 1936’s As You Like It, alongside Laurence Olivier.

Besides his time on the stage, Ainley also joined the British army in 1916, serving in France and Italy as part of the Royal Garrison Artillery. While Olivier’s biographer Terry Coleman claimed he and Ainley may have been involved, Olivier’s family denied the claim.

American football may not exist the way it does today if it weren’t for George Halas. Not only was he the owner of the Chicago Bears, but he was also one of the founders of the National Football League. Called the NFL’s “most successful coach” and “absolute baron of the sport in Chicago” by The New York Times, he saw the league develop through half a century, with the paper noting he was “one of the men who kept football alive in the early days when players traveled by bus or trolley car and were paid by the game, and he lasted into the postwar era of television and $500,000 bonuses for college seniors.”

Among the greats that played for him were Gale Sayers and Kenny Washington. After being sick with heart and pancreatic disease, Halas died on October 31, 1983, at the age of 88 in Chicago.

Broadway went dark the day after Joseph Papp died on October 31, 1991 — in the form an 8 p.m. light dimming across all the theaters in his honor. After all, he was “one of the most influential producers in the history of American theater,” according to The New York Times.

Raised in Brooklyn, Papp grew up to create the New York Shakespeare Festival, including the free Shakespeare in the Park productions every summer. He also converted the Astor Library into the Public Theater in the 1960s — providing a stage for both Hair and Chorus Line to make their debuts. Papp died of prostate cancer at the age of 70 at his Greenwich Village home.

Pieter Willem Botha — better known as P.W. Botha — was the prime minister of South Africa from 1978 to 1984 and the first state president from 1984 to 1989. He became involved with politics as a teen and dropped out of school to work for the right-wing National Party, earning a reputation as “the ‘Old Crocodile’ for his ability to charm, outwit and crush his opponents,” according to The New York Times.

He stubbornly fought to create strict racial divides, defending apartheid. Under his rule, authorities killed 4,000 people and as many as 50,000 were held without trial, according to the Times. Even after Nelson Mandela stepped in as president and a new constitution ended apartheid in 1996, Botha stood by his beliefs: “I have nothing to apologize for. I will never ask for amnesty. Not now, not tomorrow, not after tomorrow.” He died in South Africa at the age of 90 on October 31, 2006.

Theodore Sorensen — also known as Ted — once joked that his obituary would call him “Theodore Sorenson, Kennedy Speechwriter,” both butchering the spelling of his last name and what he actually did. In reality, he served as John F. Kennedy’s writer and counselor and helped “shape the president’s narrative, image and legacy,” The New York Times wrote his in actual obituary, published upon his death on October 31, 2010, at the age of 82, after stroke complications. He had previously suffered a stroke in 2001 that damaged his eyesight.

Among the most notable lines he wrote for Kennedy was “Ask not what your country can do for you, ask what you can do for your country.” After JFK’s death, Sorensen practiced law and politics and wrote a 783-page book on the administration called Kennedy in 1965, as well as a memoir called Counselor: A Life at the Edge of History in 2009.

Children’s author and illustration Natalie Babbitt’s greatest work, Tuck Everlasting, published in 1975, was about a family who discovered immortality. The beloved work was turned into two movies — first in 1981 starring Margaret Chamberlain and Paul Flessa and then in 2002 with Alexis Bledel and Jonathan Jackson — as well as a Broadway musical in 2016.

Throughout her career, she wrote about 20 books and illustrated another 10. Babbitt was showered with honors, including a Newberry Honor in 1971 and the American Academy of Arts and Letters’ first E.B. White Award for achievement in children’s literature in 2013. She passed away from lung cancer at the age of 84 in Hamden, Connecticut, on October 31, 2016.