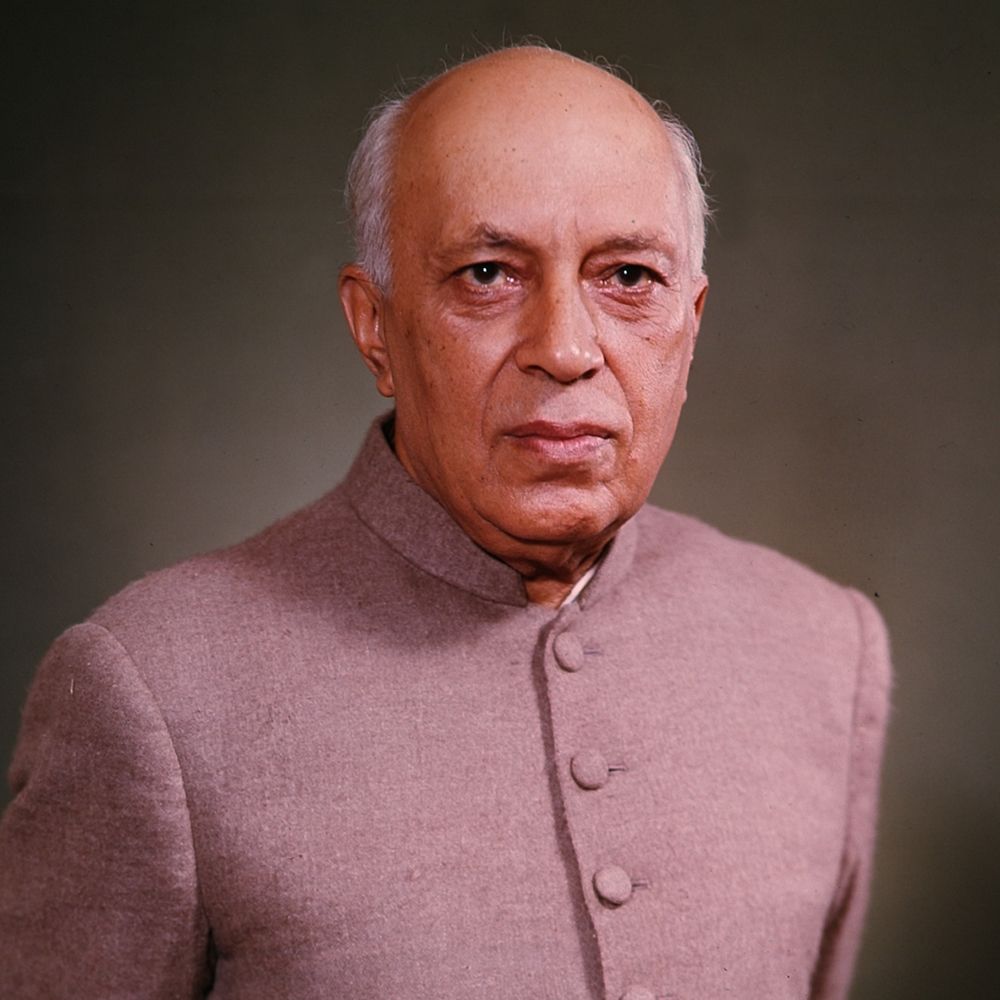 Who Was Jawaharlal Nehru?

Nehru was born in Allahabad, India in 1889. His father was a renowned lawyer and one of Mahatma Gandhi's notable lieutenants. A series of English governesses and tutors educated Nehru at home until he was 16. He continued his education in England, first at the Harrow School and then at Trinity College, Cambridge, where he earned an honors degree in natural science. He later studied law at the Inner Temple in London before returning home to India in 1912 and practicing law for several years. Four years later, Nehru married Kamala Kaul; their only child, Indira Priyadarshini, was born in 1917. Like her father, Indira would later serve as prime minister of India under her married name: Indira Gandhi. A family of high achievers, one of Nehru's sisters, Vijaya Lakshmi Pandit, later became the first woman president of the UN General Assembly.

In 1919, while traveling on a train, Nehru overheard British Brigadier-General Reginald Dyer gloating over the Jallianwala Bagh massacre. The massacre, also known as the Massacre of Amritsar, was an incident in which 379 people were killed and at least 1,200 wounded when the British military stationed there continuously fired for ten minutes on a crowd of unarmed Indians. Upon hearing Dyer’s words, Nehru vowed to fight the British. The incident changed the course of his life.

This period in Indian history was marked by a wave of nationalist activity and governmental repression. Nehru joined the Indian National Congress, one of India's two major political parties. Nehru was deeply influenced by the party's leader, Gandhi. It was Gandhi's insistence on action to bring about change and greater autonomy from the British that sparked Nehru's interest the most.

The British didn't give in easily to Indian demands for freedom, and in late 1921, the Congress Party's central leaders and workers were banned from operating in some provinces. Nehru went to prison for the first time as the ban took effect; over the next 24 years, he was to serve a total of nine sentences, adding up to more than nine years in jail. Always leaning to the left politically, Nehru studied Marxism while imprisoned. Though he found himself interested in the philosophy but repelled by some of its methods, from then on the backdrop of Nehru's economic thinking was Marxist, adjusted as necessary to Indian conditions.

In 1928, after years of struggle on behalf of Indian emancipation, Nehru was named president of the Indian National Congress. (In fact, hoping that Nehru would attract India's youth to the party, Gandhi had engineered Nehru's rise.) The next year, Nehru led the historic session at Lahore that proclaimed complete independence as India's political goal. November 1930 saw the start of the Round Table Conferences, which convened in London and hosted British and Indian officials working toward a plan of eventual independence.

After his father's death in 1931, Nehru became more embedded in the workings of the Congress Party and became closer to Gandhi, attending the signing of the Gandhi-Irwin pact. Signed in March 1931 by Gandhi and the British viceroy Lord Irwin, the pact declared a truce between the British and India's independence movement. The British agreed to free all political prisoners and Gandhi agreed to end the civil disobedience movement he had been coordinating for years.

Unfortunately, the pact did not instantly usher in a peaceful climate in British-controlled India, and both Nehru and Gandhi were jailed in early 1932 on charges of attempting to mount another civil disobedience movement. Neither man attended the third Round Table Conference. (Gandhi was jailed soon after his return as the sole Indian representative attending the second Round Table Conference.) The third and final conference did, however, result in the Government of India Act of 1935, giving the Indian provinces a system of autonomous government in which elections would be held to name provincial leaders. By the time the 1935 act was signed into law, Indians began to see Nehru as the natural heir to Gandhi, who didn’t designate Nehru as his political successor until the early 1940s. Gandhi said in January 1941, "[Jawaharlal Nehru and I] had differences from the time we became co-workers and yet I have said for some years and say so now that ... Jawaharlal will be my successor."

At the outbreak of World War II in September 1939, British viceroy Lord Linlithgow committed India to the war effort without consulting the now-autonomous provincial ministries. In response, the Congress Party withdrew its representatives from the provinces and Gandhi staged a limited civil disobedience movement in which he and Nehru were jailed yet again.

Nehru spent a little over a year in jail and was released with other Congress prisoners three days before Pearl Harbor was bombed by the Japanese. When Japanese troops soon moved near the borders of India in the spring of 1942, the British government decided to enlist India to combat this new threat, but Gandhi, who still essentially had the reins of the movement, would accept nothing less than independence and called on the British to leave India. Nehru reluctantly joined Gandhi in his hardline stance and the pair were again arrested and jailed, this time for nearly three years.

By 1947, within two years of Nehru's release, simmering animosity had reached a fever pitch between the Congress Party and the Muslim League, who had always wanted more power in a free India. The last British viceroy, Louis Mountbatten, was charged with finalizing the British roadmap for withdrawal with a plan for a unified India. Despite his reservations, Nehru acquiesced to Mountbatten and the Muslim League's plan to divide India, and in August 1947, Pakistan was created—the new country Muslim and India predominantly Hindu. The British withdrew and Nehru became independent India’s first prime minister.

The importance of Nehru in the context of Indian history can be distilled to the following points: he imparted modern values and thought, stressed secularism, insisted upon the basic unity of India, and, in the face of ethnic and religious diversity, carried India into the modern age of scientific innovation and technological progress. He also prompted social concern for the marginalized and poor and respect for democratic values.

The Kashmir region—which was claimed by both India and Pakistan—was a perennial problem throughout Nehru's leadership, and his cautious efforts to settle the dispute ultimately failed, resulting in Pakistan making an unsuccessful attempt to seize Kashmir by force in 1948. The region has remained in dispute into the 21st century.

Internationally, starting in the late 1940s, both the United States and the U.S.S.R. began seeking out India as an ally in the Cold War, but Nehru led efforts toward a "nonalignment policy," by which India and other nations wouldn’t feel the need to tie themselves to either dueling country to thrive. To this end, Nehru co-founded the Non-Aligned Movement of nations professing neutrality.

Recognizing the People's Republic of China soon after its founding, and as a strong supporter of the United Nations, Nehru argued for China’s inclusion in the UN and sought to establish warm and friendly relations with the neighboring country. His pacifist and inclusive policies with respect to China came undone when border disputes led to the Sino-Indian war in 1962, which ended when China declared a ceasefire on November 20, 1962, and announced its withdrawal from the disputed area in the Himalayas.

Nehru's four pillars of domestic policies were democracy, socialism, unity, and secularism, and he largely succeeded in maintaining a strong foundation of all four during his tenure as president. While serving his country, he enjoyed iconic status and was widely admired internationally for his idealism and statesmanship. His birthday, November 14, is celebrated in India as Baal Divas ("Children's Day") in recognition of his lifelong passion and work on behalf of children and young people.