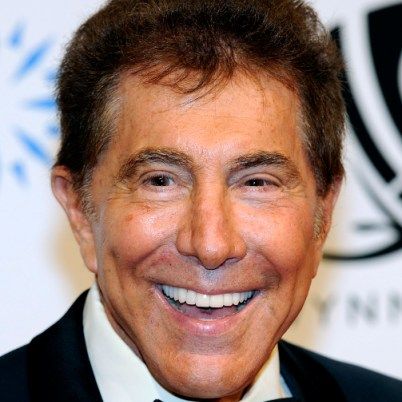 Who Is Steve Wynn?

Steve Wynn was born on January 27, 1942, in New Haven, Connecticut. In 1967, he moved to Las Vegas, where he renovated and expanded the Golden Nugget. After acquiring interests in several other casinos, he built the high-end casinos The Mirage on the Strip and The Bellagio. In early 2018, Wynn resigned as chairman of Wynn Resorts and as finance chairman of the Republican National Committee over allegations of sexual misconduct.

Developer Stephen Alan Wynn was born on January 27, 1942, in New Haven, Connecticut. After graduating from the exclusive Manlius School in upstate New York, Wynn attended the University of Pennsylvania. Following his father's death in 1963, Wynn left school to take over the family's bingo operation in Maryland.

In 1967, Wynn moved to Las Vegas, where he renovated and expanded the tired and shabby Golden Nugget Las Vegas with great success, attracting a new upscale clientele to downtown. After acquiring interests in several other casinos, Wynn built The Mirage on the Strip, featuring some of the most luxe accommodations and eye-opening entertainment in town. His second high-end casino, The Bellagio, included an artificial lake and a gallery that housed museum-quality artworks. The Bellagio is credited with leading the resurgence of Las Vegas as a luxury destination for wealthy travelers in the 1990s.

After selling Mirage Resorts to MGM Grand Inc. in 2000, Wynn opened his most expensive project to date, the Wynn Las Vegas, in 2005. A year later, he opened Wynn Macau in the largest gaming jurisdiction in Asia. He went on to add the Encore Las Vegas and Encore Macau to his collection of resorts.

Shortly after President Donald Trump took office in January 2017, Wynn became finance chairman of the Republican National Committee. The two men had known each other for years, though they weren't always on the best of terms; prior to coming around to the Republican nominee, Wynn had supported one of his rivals, Florida Senator Marco Rubio.

Resignation from RNC and Wynn Resorts

Wynn's tenure with the RNC lasted just shy of a year; one day after the Wall Street Journal reported on his alleged sexual misconduct involving casino employees, he announced he was stepping down on January 27, 2018.

"Effective today I’m resigning as finance chairman of the RNC," Wynn said. "The unbelievable success we have achieved must continue. The work we are doing to make America a better place is too important to be impaired by this distraction."

However, the resignation didn't put an end to his troubles, as the Massachusetts Gaming Commission and a separate committee of independent directors were set to investigate the allegations. Furthermore, it was announced that shares of Wynn Resorts stock had dropped from $201.30 on January 26, the day the Wall Street Journal report hit, to $163.48 on January 29, adding up to a loss of $463 million for its founder.

On February 6, the casino mogul announced he was also resigning as chairman and chief executive of Wynn Resorts, blaming "an avalanche of negative publicity" for creating a situation "in which a rush to judgment takes precedence over everything else, including the facts." In a statement, the company's board said it had "reluctantly" accepted its founder's resignation.