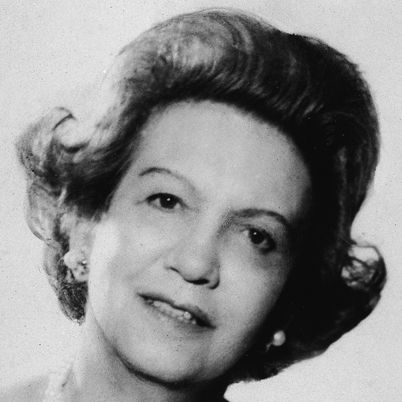 Elizabeth Arden was born in Canada in 1884. She opened her first salon in New York City in 1910. Arden was instrumental in making the use of cosmetics respectable. By 1915, she was selling her products internationally and her company was on its way to becoming a global brand. In 1966 Arden died at the age of 81. By that time, there were more than 100 Elizabeth Arden salons around the world.

Elizabeth Arden was born Florence Nightingale Graham on December 31, 1884, in Woodbridge, Ontario, Canada. The fifth of five children, she was raised in a farming family that struggled to make ends meet. To help support her family, Graham worked odd jobs as a youth, then studied nursing—becoming interested in the lotions used in burn treatments—and worked as a secretary for a short time before emigrating from Canada.

In 1908, Graham settled in New York City, where she landed a job as an assistant to a beautician named Eleanor Adair. After gaining valuable industry experience, in 1910 Graham invested $1,000 to start a salon with a partner, Elizabeth Hubbard. The business was located on Fifth Avenue.

By 1914 Graham's partnership with Hubbard had dissolved, but she opted to remain in the beauty industry. She also began using the same name as her salon: Elizabeth Arden. Working to grow her business, Arden had a team of hired chemists to develop the face cream and lotion that would become the first items in her new line of beauty products.

At that time, makeup was more associated with prostitutes than with respectable women, and Arden devised a marketing campaign to change the public's view of beauty products. Helping Arden was the fact that, as the close-up became a regular feature in movies, makeup became more socially acceptable.

By 1915, Arden's brand was expanding and she began to make sales on the international market. In 1922 she established a Parisian salon; and later opened businesses in South America and Australia as well. By the 1930s, the company was doing so well that it even managed to flourish during the Great Depression, bringing in more than $4 million a year.

In addition to being an entrepreneur, Arden was a dedicated suffragette. In 1912, she participated in a march for women's rights. The 15,000 suffragettes she marched with wore red lipstick as a sign of solidarity—lipstick that was supplied by Arden. Later on in her career, she would develop a special line of cosmetics for women serving in the military.

Arden also paved the way for many beauty products that are now commonplace, including travel-size items. Additionally, she was the first to offer in-store makeovers and operated several high-end spas, where clients could retreat from the world to be pampered and receive beauty treatments.

Much of Arden's drive stemmed from her competition with Polish beauty entrepreneur Helena Rubinstein. Despite never meeting in person, the two women worked to outdo each other in the development of new products.

Enjoying the wealth amassed from her flourishing business ventures, Arden also branched out to owning racehorses, caring for them with the same attentiveness that she brought to her clients. In 1945 Arden founded the Maine Chance Farm, and the following year she was featured on the cover of TIME magazine in a story about her success in the male dominated world of horse racing. In 1947, an Arden thoroughbred named Jet Pilot won the Kentucky Derby.

Arden died in New York City on October 18, 1966. It was only after her death that the public learned she had been 81. She had withheld her age to give the impression of timeless beauty.

With hard work and skill, Arden had turned her company into one of the most recognized and successful brands in the world. Upon her death, Arden had opened more than 100 salons worldwide and had a line with approximately 300 cosmetic products. In 1971 the company was purchased by Eli Lilly for $38 million; today its estimated value is more than $1.3 billion.