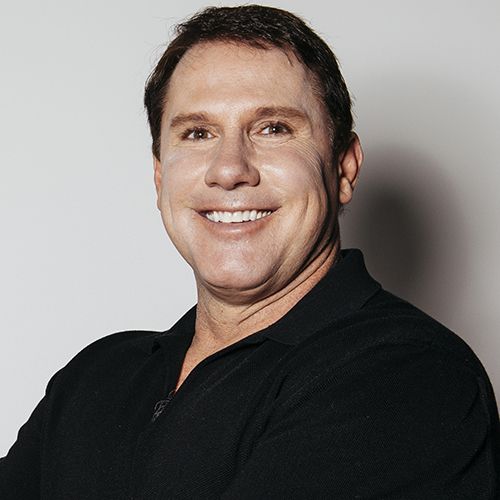 Who Is Nicholas Sparks?

Author Nicholas Sparks wrote his first (unpublished) novel while sidelined by a sports injury. He then attended the University of Notre Dame and went into sales. Business setbacks got him writing again and in 1995, he finished The Notebook, which was a best-seller and later turned into a hit movie. He followed this novel with Message in a Bottle, Nights in Rodanthe and The Longest Ride, among others.

Sparks was born on December 31, 1965, in Omaha, Nebraska. The second of three children born to Patrick Sparks, a college professor, and his wife Jill, a homemaker, Sparks spent the early part of his childhood moving around with his family as his father finished up his graduate work. They lived in Minnesota, then Los Angeles, later Grand Island, Nebraska, and finally Fair Oaks, California, where the Sparks clan found a permanent home. Sparks went on to graduate from high school there in 1984, becoming the class valedictorian.

Those early years were also lean ones, recalls Sparks. "Because my father was a student until I was 9 years old and my mother didn't work, we weren't exactly living the high life when I was little," he writes. "I grew up on powdered milk and ate tons of potatoes, though to be honest, I never noticed how poor we really were until I was old enough to take an honest appraisal of things. Even then, it didn't matter. For the most part, I had a wonderful childhood and wouldn't change a thing."

College brought him to Indiana and the University of Notre Dame, which had offered the athletic Sparks a full scholarship for track. In 1985, during his freshman year, Sparks was part of a relay team that set a school track record that still stands. But the season did not end on a good note for the future author: An Achilles tendon injury slowed things down for Sparks, and forced him to spend the summer recuperating.

Big Break and 'The Notebook'

Sparks's injury also propelled the budding business major to take up writing. During that summer, Sparks churned out his first novel, a book that's never been published.

In 1988, Sparks graduated with honors and also met his future wife, Catherine Cote, a New Hampshire girl, while on spring break. A year later, the two were married. Six weeks later, however, tragedy struck the Sparks family when Sparks's mother was killed in a horseback riding accident. She was only 47.

In the wake of these two life-changing events, Sparks and Catherine moved to Sacramento, California, where Sparks continued to write (he finished a second novel, which again went unpublished) and took on a string of jobs (waiter, real estate appraiser and telemarketer) to make ends meet. Sparks eventually settled on a career that centered on the manufacturing of orthopedic goods. It wasn't exactly a thriving business, but Sparks worked doggedly to make it profitable.

More importantly, Sparks continued to write. In 1994, he got his first break when he teamed up with Billy Mills, a friend and Olympic medalist on a book called Wokini: A Lakota Journey to Happiness and Self-Understanding, a story built around a Lakota allegory. The book sold moderately well, and was later picked up by Random House.

But Sparks, now the father of a young son, still needed to pay the bills, and in 1992, he sold his business and ventured into the field of pharmaceutical sales. Sparks was earning a decent living, but the frustrated writer wanted more. He decided to give himself one final chance to make it as a writer. The plan: To write three more novels. If nothing got published, he'd move on to something else.

For the next six months, beginning in June 1994, Sparks began a manuscript that would become The Notebook. When he finished in early 1995, Sparks, now living in Greenville, South Carolina, found an agent, who found him a publisher. Within a shockingly short span of time, Sparks went from being a relative unknown to being a writer with a book deal and $1 million movie rights contract.

Once again, though, Sparks's triumph gave way to devastation when his father was killed at the age of 54 in an automobile accident. The grieving author turned to writing as a source of comfort, penning a story about a man who writes letters to his deceased wife and sends them out to sea in bottles. The book, later titled Message in a Bottle, was inspired by his parents' relationship. Skeptical that he'd really made it as a writer, Sparks continued to sell pharmaceuticals while he wrote the book. He finally retired from sales in February 1997, when he managed to sell Message in a Bottle to a Hollywood studio before the book was even completed. The story was transformed into a film in 1999, and featured Kevin Costner and Paul Newman.

The subsequent years brought more novels, as well as more Hollywood-blockbuster adaptations of Sparks's work. A Walk to Remember (1999) was the author's second novel to be made into a movie, which starred Mandy Moore and Shane West. Other works include The Rescue (2001), A Bend in the Road (2001), Nights in Rodanthe (2002), The Wedding (2004) and the poignant Three Weeks With My Brother (2004), which recounts a journey he and his brother Micah embarked on after becoming the only surviving members of their family. (Their younger sister, Danielle, died of cancer in 2000 at the age of 33.)

In 2004, The Notebook was adapted into a hit film starring Ryan Gosling and Rachel McAdams. In 2008, Sparks's published his 14th novel, The Lucky One, followed by The Last Song (2009), Safe Haven (2010) and The Best of Me (2011). The Best of Me was developed into the 2014 film by the same title. The movie starred James Marsden and Michelle Monaghan as two high school sweethearts who meet up years later. Sparks published The Longest Ride in 2013. Two years later, the romantic drama was adapted into a film, starring Scott Eastwood and Britt Robertson. Another one of his books, 2007's The Choice, hit the big screen in 2016.

Beyond his writing, Sparks has dedicated himself to philanthropic efforts. He's a major contributor to his alma mater Notre Dame where he provides annual scholarships, internships and a fellowship for the Creative Writing Program. In 2011, Sparks and his wife Cathy launched the Nicholas Sparks Foundation, a nonprofit “committed to improving cultural and international understanding through global education experiences for students of all ages.”

The author has also maintained his connection with track and field; his oldest son, Miles, competes in the sport and Sparks coached his local high school team. In addition, Sparks serves on the USA Track and Field Foundation's board of directors.

Sparks married his wife Cathy on July 22, 1989, and moved to New Bern, North Carolina. They have five children — sons Miles, Ryan, Landon, and twin daughters Lexie and Savannah. In January 2015, Sparks announced that he and his wife had separated.