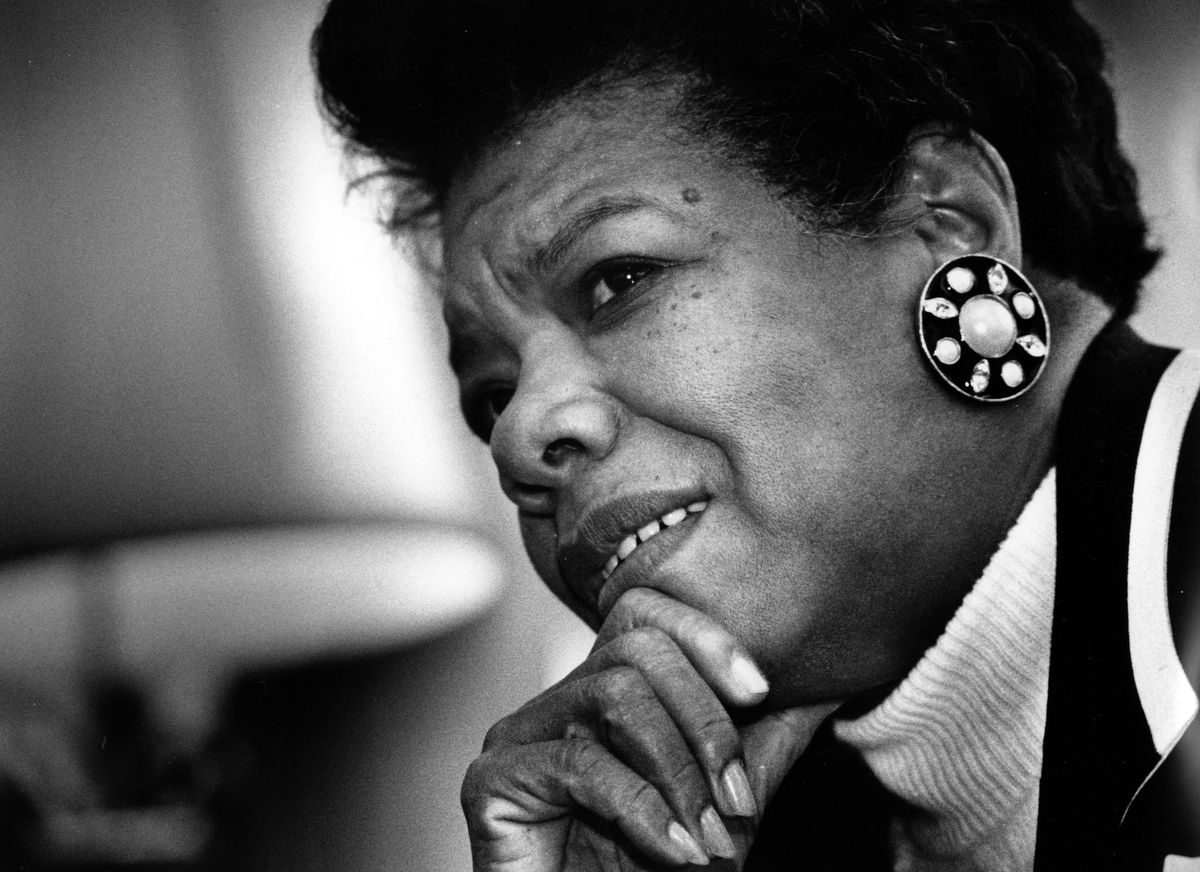 Maya Angelou's "Still I Rise" is a powerful poem that draws on a range of influences, including her personal background and the African American experience in the United States. Its message of liberation and survival was a consistent theme in Angelou's work. Years after it was published in 1978, the poem continues to reach readers and audiences, cutting across racial lines and national boundaries. Angelou herself commented on its appeal in a 2008 interview: "You know, if you're lonely you feel you've been done down, it's nice to have 'And Still I Rise.'"

Poetry helped Angelou with her mutism as a child

Angelou grew up amid the degradations of the Jim Crow South. At the age of seven, she was raped by her mother's boyfriend, who was killed (presumably by family members seeking retribution) after she reported the crime. Following this trauma, Angelou sought refuge in mutism. But even when she wouldn't speak, Angelou studied and memorized poems, which gave her a unique understanding of language.

A desire to express her love for poetry by speaking it aloud helped draw Angelou out of her mutism. Yet she didn't forget the wide breadth of literature she'd taken in, which included works by Paul Laurence Dunbar, Langston Hughes, Countee Cullen, Emily Dickinson and William Shakespeare.

She penned her first verses when she was still in school, and in the late 1950s, Angelou joined the Harlem Writers Guild, where she interacted with James Baldwin and other writers. She authored plays, including one that was produced off-Broadway in 1960. While living in Egypt in the early 1960s, she edited an English-language newspaper and also spent time as a singer, dancer and actress.

However, Angelou admitted that writing poetry was always a challenge for her: "When I come close to saying what I want to, I’m over the moon. Even if it’s just six lines, I pull out the champagne. But until then, my goodness, those lines worry me like a mosquito in the ear."

The death of Martin Luther King Jr. propelled Angelou to throw herself into her writing

In 1968, things changed for the writer — she was preparing to join forces with Martin Luther King Jr. to bring attention to his Poor People’s Campaign and decided to take some time to celebrate her 40th birthday before accompanying King. As Angelou was getting ready for a party on her birthday, April 4, she learned King had been assassinated. Years passed before she commemorated her birthday again.

One way Angelou coped following King's death was to write. Her breakthrough memoir, I Know Why the Caged Bird Sings, was published in 1969. This was followed by additional memoirs, books of poetry and plays, including a dramatic musical production called And Still I Rise that was produced in Oakland, California, in 1976. In 1978, her poetry collection And Still I Rise was published. "Still I Rise" was included in this book

Angelou wanted to write a poem about 'defeat' and 'survival'

"Still I Rise" begins with, "You may write me down in history / With your bitter, twisted lies, / You may trod me in the very dirt / But still, like dust, I'll rise." Throughout the poem, the types of harrowing and unjust treatment that Black people in America are addressed alongside declarations of "I rise."

Angelou drew upon blues, gospel and spiritual songs as inspiration for the balladic patterns of the poem. She uses a "call and response" technique, references her sexuality and perhaps because she appreciated African American oral traditions, the power of the poem becomes even more evident when recited.

The ability to cope with adversity is a strong theme throughout "Still I Rise." "All my work, my life, everything is about survival," she once stated. "All my work is meant to say, 'You may encounter many defeats, but you must not be defeated.' In fact, the encountering may be the very experience which creates the vitality and the power to endure."

For Angelou, Black people in America had remained "intact enough to survive, and to do better than that — to thrive. And to do better than that — to thrive with some passion, some compassion, some humor and some style." In a 2009 interview, Angelou, whose great-grandmother was born into slavery, expressed her feeling that enslaved African Americans "couldn't have survived slavery without having hope that it would get better." This sentiment can be seen in the final lines of "Still I Rise": "I am the dream and the hope of the slave. / I rise / I rise / I rise."

"Still I Rise" continues to resonate with new generations

Once, when asked what work could offer succor in difficult times, Angelou referred to "Still I Rise." She noted it was "a poem of mine that is very popular in the country. And a number of people use it. A lot of Black of people and a lot of white people use it."

Decades after it was published, people continue to reference "Still I Rise." In 1994, the United Negro College Fund, aiming for a more hopeful tone in its appeals, created a spot that featured Angelou reading part of "Still I Rise." Also that year, Nelson Mandela, having read Angelou's work while in prison during apartheid, recited "Still I Rise" when he was inaugurated as South Africa's president. A posthumous 1999 release from Tupac Shakur — who had cried in Angelou's arms when they were filming Poetic Justice together — was called Still I Rise, and among the tracks was a song with the same title. In 2017, Serena Williams issued a response that quoted some of Angelou's verses after a fellow tennis player made racist remarks about the child Williams was then expecting. That same year, a documentary about Angelou was called And Still I Rise. The film ends with Angelou's voice reciting the powerful poem — forever cementing its legacy. 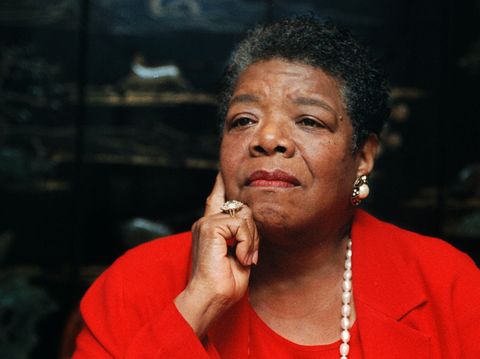