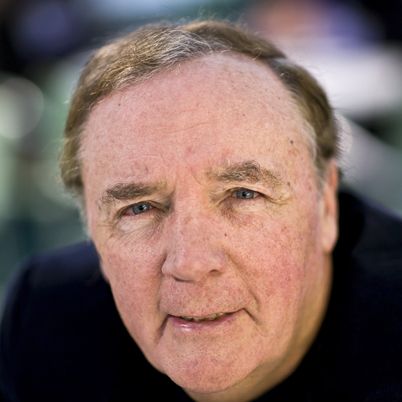 Who Is James Patterson?

James Patterson is a prolific author who has written detective stories, thrillers, science fiction, romance and young adult novels. His first book was published in 1976. While being a published author, he continued moving up the ranks of the advertising world until 1996, when he decided to leave his life as an executive to focus on writing full time. Patterson holds the Guinness World Record for having the most books on The New York Times' best-seller list.

Patterson was born in Newburgh, New York, on March 22, 1947. Patterson was a good student but didn't enjoy reading until after he graduated high school. He attended Manhattan College as an undergraduate before starting coursework for a master's degree in English literature at Vanderbilt University. Patterson left Vanderbilt after a year, and then took a job as a copywriter at ad agency J. Walter Thompson in 1971.

Though Patterson climbed the company ranks, eventually becoming its North American CEO, he also wrote fiction in his spare time. His first published book, The Thomas Berryman Number, came out in 1976. It won an Edgar Award, a top prize for mystery writers.

Patterson penned several other novels, but it was not until 1993 that he achieved breakout success with Along Came a Spider. Patterson used his work experience to orchestrate a television ad campaign for the novel, which helped it become a best seller. In 1996, Patterson left his life as an executive in order to focus on writing.

Many of Patterson’s books have featured Detective Alex Cross, the protagonist of Spider. Other Cross books include Kiss the Girls (1995), Pop Goes the Weasel (1999), Violets Are Blue (2001), Mary, Mary (2005) and Cross My Heart (2013). Both Morgan Freeman and Tyler Perry have portrayed Alex Cross in movie adaptations.

Patterson has also written a number of books about a New York City detective, Michael Bennett, with 10 adopted children. Another popular Patterson series is Women's Murder Club, which was adapted into a short-lived TV show in 2007. Patterson’s repertoire extends to romance novels, science fiction, historical fiction and even nonfiction. In addition, he has authored books for younger readers, with series such as Maximum Ride and Witch & Wizard. Whatever the genre, Patterson is known for writing involving, page-turning stories.

Patterson's name appears on more books than most other authors; he released 13 books in both 2013 and 2012, and 14 books in 2011. Patterson’s prolific output is achieved with the help of co-authors. His first co-authored work was Miracle on the 17th Green (1996), written with Peter de Jonge. He later teamed with former U.S. President Bill Clinton to pen the thriller The President Is Missing, published in 2018.

When working with another writer, Patterson first writes an extensive outline, which is then sent to the co-author. The co-author produces a first draft, with Patterson keeping an eye on the story's progression and handling revisions before the book is published.

In 2010, Patterson earned a place in the Guinness World Records as the first author to sell more than 1 million e-books, and his ever-growing number of New York Times best sellers — he'd already accumulated 114 of them according to a May 2015 article in the Times — is another Guinness record. As of January 2016, he had sold more than 350 million books worldwide.

Patterson earns millions each year for his work, and his success in brand management even became a case study at Harvard Business School.

Patterson married Sue Solie in 1997; the two had a son, Jack, the following year. Belief in the importance of helping children learn to love reading compelled Patterson to set up ReadKiddoRead.com. The website advises parents about selecting books for their children.

In 2015, Patterson was awarded the National Book Foundation's Literarian Award for Outstanding Service to the American Literary Community. That year, he also donated $1.75 million to public school libraries and $1 million to independent bookstores throughout the U.S.