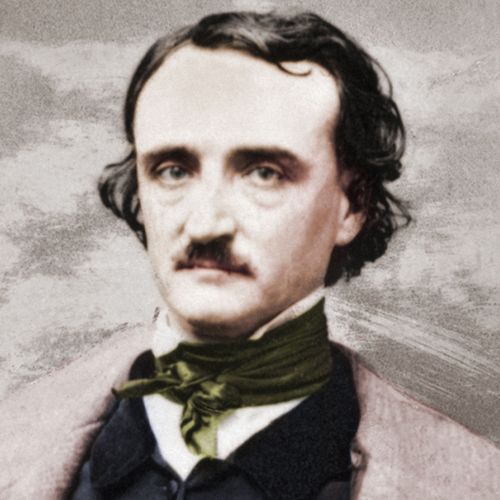 Edgar Allan Poe was one of the first great American-born authors, a master of macabre and mystery whose name alone evokes an eerie chill. Tragically but fittingly, Poe’s death has also long been cloaked in mystery, with each legend and rumor of how he passed more ghastly than the next.

Poe was born in 1806 in Boston and experienced tragedy from the beginning. Both his parents were actors, but he hardly knew them — David Poe Jr., his father, was an alcoholic who abandoned the family soon after Poe was born, while his mother, Eliza Poe, died when he was just shy of three years old.

Young Poe was sent to live in Richmond, Virginia, with a tobacco merchant named John Allan and his wife, who gave him the formal name Edgar Allan Poe. He fought bitterly with Allan and was forced to drop out of college for lack of funds, allegedly owing to his foster father’s refusal to cover Poe’s gambling debts. After time in the military and sabotaging his second shot at college, at West Point, Poe moved just north to Baltimore, at the time a third-rate city of graverobbers and squalor that would prove the perfect inspiration for the man who would eventually become the inventor of American macabre and horror.

Poe’s run as a literary critic and author was relatively short, but entirely brilliant. He bounced around the east coast, with stops in New York, Richmond and Philadelphia, and wrote for some of the era’s biggest magazines. He published his greatest masterwork, the poem “The Raven,” in 1845, and created the mystery genre in 1841 with his stories about C. Auguste Dupin, a fictional French detective. He made up for the brevity of his career by being prolific during that time.

His personal life was somewhat more checkered — he married his 13-year-old cousin, Virginia Clamm, though he claimed to have never consummated the marriage before her death a dozen years later. And he was a heavy drinker — at least according to some. 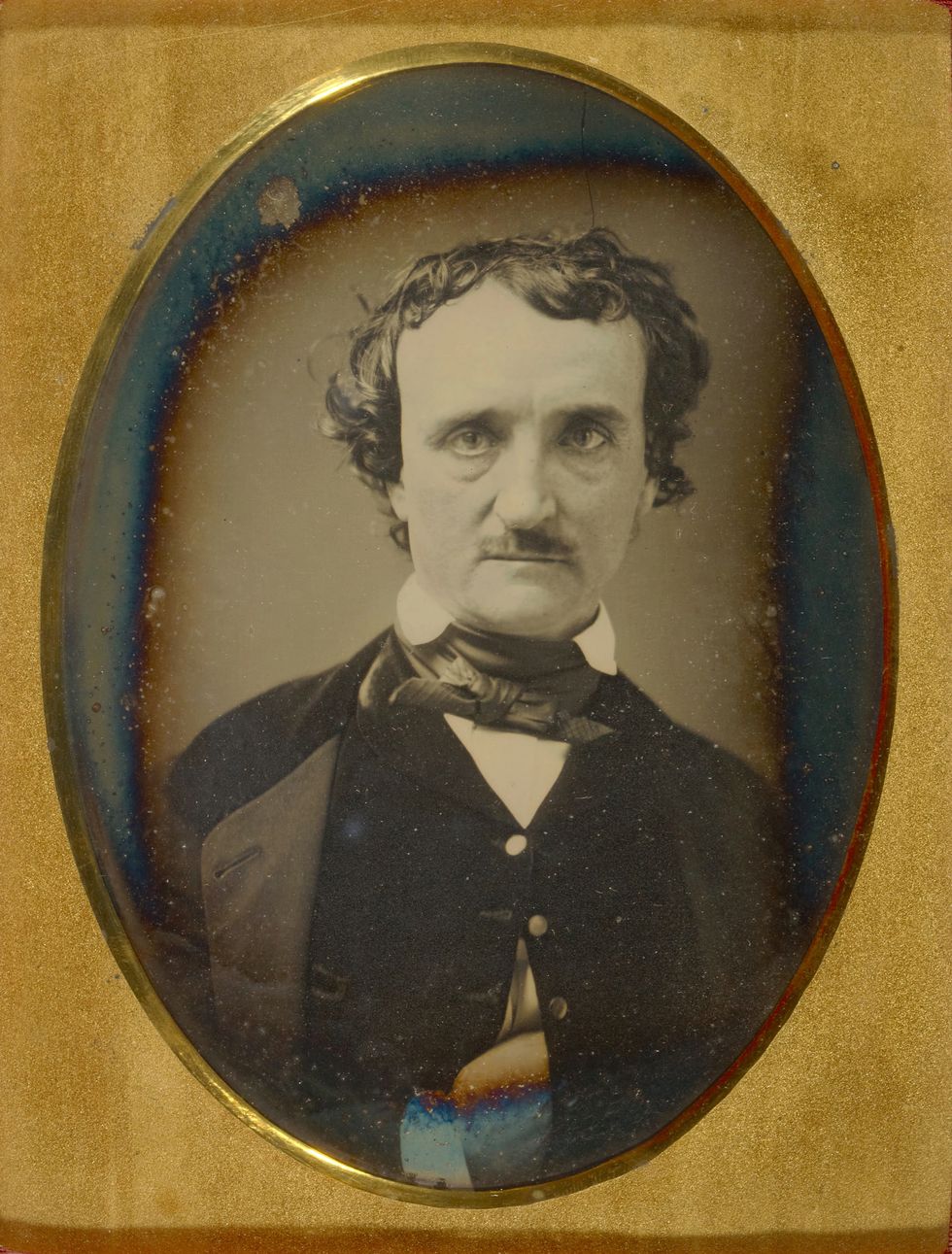 Poe was missing for a week before his death

Much of what we think of Poe is actually at least somewhat fabricated. Several people had agendas that used Poe to either advance their own causes or simply taint the author’s name. Amongst the most pernicious was a man named Rufus Wilmot Griswold who was a rival, the executor of his literary estate and a major figure in the mystery that surrounds Poe’s death all these years later.

Things were looking up for Poe in October 1849. He was a star author who commanded great audiences for his readings and he was about to marry his first love, Elmira Royster Shelton, following a short trip from Richmond to Philadelphia and then New York. Poe got as far as Baltimore before suddenly going off the grid, disappearing for nearly a week before turning up on October 3rd in what was said to be a delirious state outside a tavern known as Gunner's Hall.

Poe was first found by a man named Joseph Walker, who recognized the famed author, deduced that he shouldn’t be dressed in someone else’s threadbare, ill-fitting clothing or convulsing in a gutter and offered to help. Walker asked Poe if he knew anyone nearby that he could contact and Poe mentioned an editor named Joseph Snodgrass. Walker wrote Snodgrass a letter urging his assistance. It read as follows:

There is a gentleman, rather the worse for wear, at Ryan's 4th ward polls, who goes under the cognomen of Edgar A. Poe, and who appears in great distress, & he says he is acquainted with you, he is in need of immediate assistance.

Yours, in haste,
JOS. W. WALKER

From there, Poe was taken to Washington College Hospital, at which point things got murky both for the patient and the history books. Poe was kept alone in a windowless room with only one attendant physician, Dr. John Moran, to watch over him through what would be his final days. The week that he spent missing, the hysterical and haggard condition in which he was found, and the unreliability of the witnesses to his final moments and keepers of his legacy all contribute to over a century and a half of speculation and uncertainty.

Poe died on October 7th, supposedly after uttering the last words “Lord, help my poor soul.” Theories about Poe’s death began cropping up almost immediately after it was announced.

There are no records remaining about his last hospitalization, but Poe was listed as succumbing to phrenitis, or congestion of the brain — a polite term often used for alcohol or drug overdoses at the time. There is suspicion around that cause of death, both due to the era’s less-than-precise medical treatment as well as the motivations of people involved. 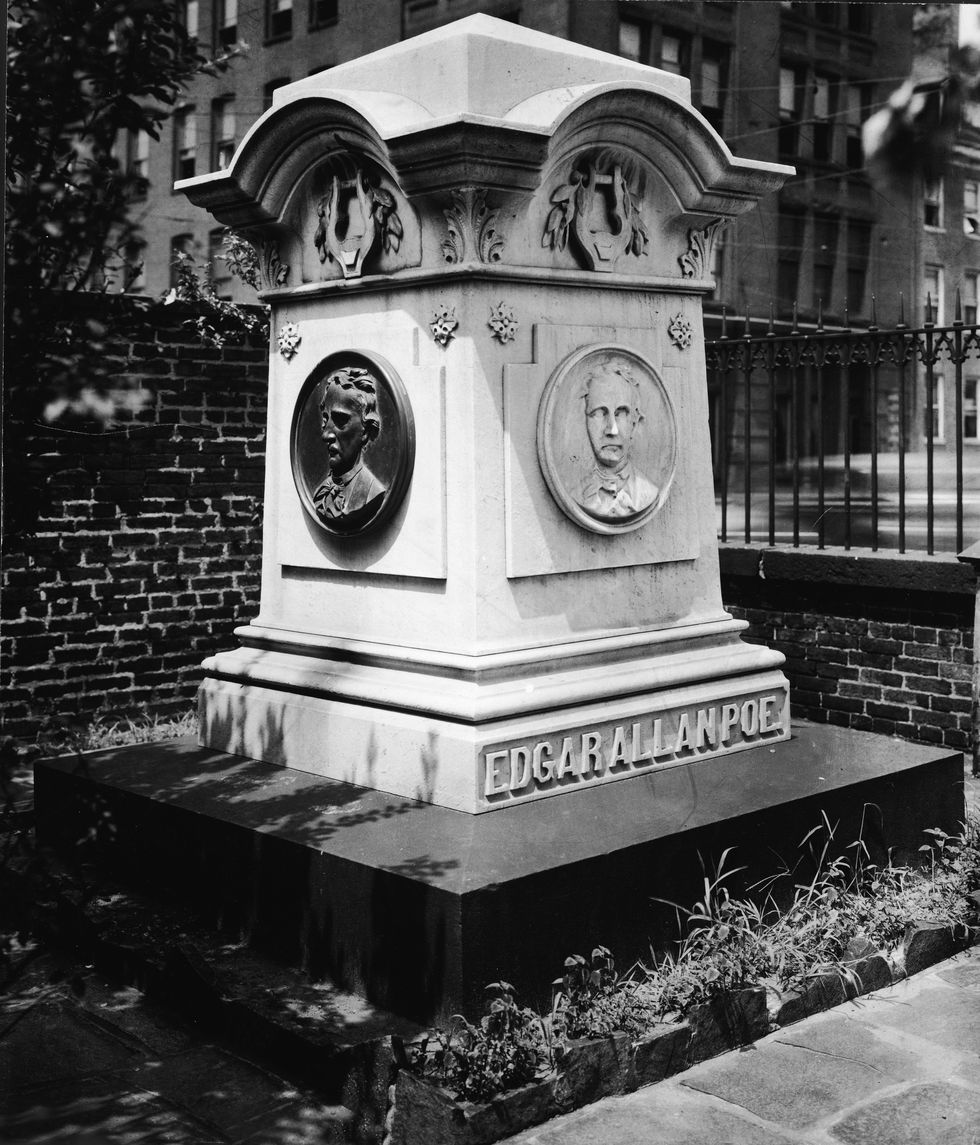 Poe was, by many accounts, a lightweight when it came to liquor. He was not remembered by all who knew him as a heavy drinker — it seemed that he would go long stretches without taking a sip — but when he did imbibe, it did not take much for him to fall into a stupor. The death of his wife from tuberculosis did send him into a long spiral, but he eventually recovered. After experiencing some close-calls and receiving advice from a doctor, Poe pledged his sobriety and joined the Sons of Temperance just a few months before his death.

Snodgrass was a major advocate of the temperance movement and toured the country using Poe as an example of the dangers of booze; Snodgrass wrote that when he found Poe at the bar in Baltimore, the author was “utterly stupified with liquor” and could only produce “mere incoherent mutterings” in place of actual speech. Further, Griswold, who had an up-and-down relationship with Poe, used his position as the executor of his estate to write a cruel, libelous and, unfortunately, authorized biography that suggested the legendary author was an opium addict and drunkard.

Moran saw this campaign in motion and did his best to clarify the circumstances surrounding Poe’s death. He said that Poe was in no way drunk when he showed up at the bar, and decades later, he wrote a book titled Edgar Allan Poe: A Defense, which described a sober, steady Poe reciting poetry on his deathbed.

There are plenty of other theories about Poe’s death

So if Poe didn’t succumb to the bottle, what did kill him? Again, we’ll never know — there was no autopsy performed to go back and review and no contemporary accounts remain. But there have been theories for nearly as long as Poe has been dead, some of them more credible than others.

Some have speculated that Poe died of rabies, the symptoms of which match his delirious fits and pattern of his decline in the hospital. In 1996, a researcher and professor at the University of Maryland Medical Center, Dr. R. Michael Benitez, earned national attention for this theory, which was worked out for a medical conference.

It was in part based on Moran’s accounts of Poe’s time in the hospital, which indicated that Poe’s madness had ebbs and flows, with periods of lucidity in between spikes in feverish mania. Moran also noted that Poe was reluctant to drink water, which Benitez said also matched up with symptoms of rabies.

Still, Moran was something of an unreliable narrator, as comparisons of his various accounts reveal quite a few inconsistencies, in part because he wrote them so many years later. If the reality of what happened differed from what Benitez read, rabies may be another false theory.

In fact, it may well have been a case of the flu that advanced into pneumonia; before his fateful, tragedy-shortened trip, the author did visit the doctor, complaining of an illness.

“His last night in town, he was very sick, and his [soon-to-be] wife noted that he had a weak pulse, a fever, and she didn’t think he should take the journey to Philadelphia," the curator of the Poe Museum in Richmond, Chris Semtner, told Smithsonian Magazine. "He visited a doctor, and the doctor also told him not to travel, that he was too sick."

Other theories include carbon monoxide or heavy metal poisoning, though both have largely been discounted. And then there is also the theory that he was beaten into a slow death, though that sounds like something out of a Poe story more than reality.