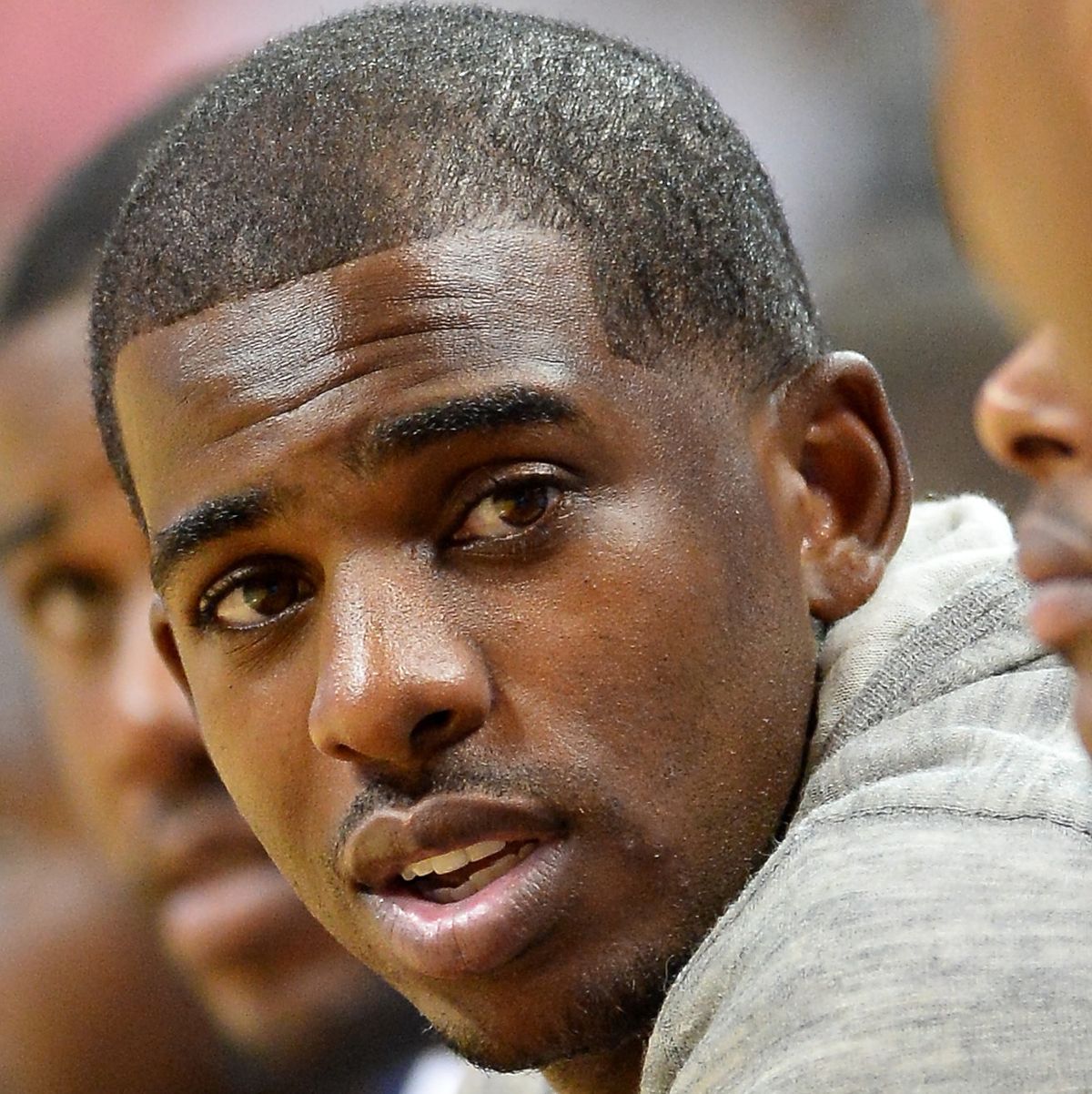 Who Is Chris Paul?

Chris Paul was a star basketball player at Wake Forest University. After joining the NBA's New Orleans Hornets in 2005, he established himself as one of the league's premier point guards while regularly ranking among the leaders in assists and steals. Paul continued to add to his impressive career stats through trades to the Los Angeles Clippers in 2011 and then the Houston Rockets in 2017, although he was unable to get over the hump in his quest for an NBA championship.

Christopher Emmanuel Paul was born on May 6, 1985, in Lewisville, North Carolina, the second son of Charles and Robin Paul. Chris' father was a former athlete who taught him and his older brother C.J. the fundamentals of basketball and football, and encouraged their involvement in team sports. When Paul wasn't busy with sports, he worked in a service station owned by his grandfather, Nathaniel Jones (whom everyone called Papa Chilly), with whom he was very close.

While short for his age, Paul followed his brother's lead as a standout junior varsity and varsity basketball player, prized for his speed and intelligence on the court. As he shot up in height during his high school career, he landed on the radar of several colleges who tried to recruit him. Paul eventually chose Wake Forest University, which was close to home and had a rich basketball history.

In a tragic turn, soon after he made his college choice, Paul's grandfather was beaten and killed during a robbery at his home; he was 61 years old. During a high school game soon after, Paul scored 61 points as a personal tribute to his beloved grandfather.

Recruited to play for Wake Forest's Demon Deacons by respected head coach Skip Prosser, Paul was a team leader from his first game. He was named the Atlantic Coast Conference (ACC) Rookie of the Year in 2004, after breaking the school's freshman records for assists, steals, free throw and three-point percentages and free throws. College Insider, The Sporting News and Basketball Times all pegged Paul as the nation's best freshman player, as did prominent broadcaster Dick Vitale.

After announcing his intention to turn pro, Paul was selected with the fourth overall pick by the New Orleans Hornets in the 2005 NBA draft (after Utah's Andrew Bogut, UNC's Marvin Williams and Illinois' Deron Williams). When the devastating Hurricane Katrina hit the New Orleans Gulf Coast area, the team relocated to Oklahoma City to practice and play.

During his first year in the pros, the Hornets won 38 games and Paul was named the top Western Conference rookie for every month of the season. He went on to be named NBA Rookie of the Year.

During the 2007-08 season, when the Hornets returned to full-time play in New Orleans, Paul's on-court and leadership skills increased, landing him a hoped-for spot in the NBA All-Star Game. Paul's consistent high level of play and chemistry with his teammates catapulted the Hornets to a playoff spot, the team's first since the 2003-04 season. (They were eventually eliminated by the champion San Antonio Spurs.)

Prior to the start of 2011-12 season, the Hornets orchestrated a three-way trade deal with the Los Angeles Lakers and Houston Rockets to send Paul to the West Coast; however, the lopsided trade was quickly nullified by NBA Commissioner David Stern, as the league owned the Hornets franchise at the time. A few days later, an approved trade sent Paul to the Los Angeles Clippers.

The addition of the All-NBA point guard immediately raised expectations for the Clippers, long used to playing second fiddle in L.A. to the storied Lakers organization. Teaming with high-flying forward Blake Griffin, Paul led the Clips to the fifth-best record in the Western Conference, before they were swept by San Antonio in the playoffs.

The Clippers went on to win at least 56 games in each of the next three seasons, with Paul pacing the league in assists for the latter two. But despite his efforts, the team was unable to advance past the conference semifinals in the playoffs.

While remaining among the elite players in the game, Paul began showing signs of wear and tear as he entered his 30s, missing a combined 29 games from 2015-17.

Paul was involved in the second major trade of his NBA career when the Clippers shipped him to the Houston Rockets in June 2017.

Once again, the transaction raised expectations in Paul's new home. Now paired with scoring machine James Harden, Paul led the Rockets to an NBA-best 65 wins in 2017-18. He even reached the Western Conference finals for the first time in his career, before the Rockets fell to the Golden State Warriors in seven games.

The following year, Paul suffered a hamstring injury that contributed to the team's early-season struggles. Although the Rockets seemed to have momentum heading into the playoffs, their season ended with a loss to the Warriors once again.

Paul was on the move again in July 2019 after the Rockets agreed to send the veteran point guard and several draft picks to the Oklahoma City Thunder in exchange for Russell Westbrook.

Paul and his wife, Jada, whom he met at Wake Forest, have two children: a daughter, Cameron Alexis; and a son, Christopher Emmanuel II. Paul's family nicknamed him CP3 because he, his father and brother all share the same C.P. initials.

The basketball star is also an avid bowler and owns a franchise in the Professional Bowlers Association league.