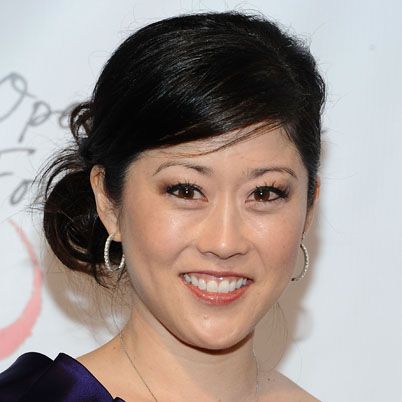 Who Is Kristi Yamaguchi?

Kristi Yamaguchi was born in Hayward, California, in 1971. She was born with club feet and began skating at 6 as therapy. She won her first U.S. championship as a pairs skater with Rudy Galindo in 1986.

After switching to singles skating, she won a gold medal in the 1992 Olympics. Since then she’s founded the Always Dream Foundation, published four books and won on Dancing with the Stars.

Kristine Tsuya Yamaguchi, better known as Kristi Yamaguchi, was born on July 12, 1971, in Hayward, California, and raised in nearby Fremont. She was born with club feet, and had casts to correct the condition. She started skating at age 6 as physical therapy, after she saw her older sister, Lori, on the ice.

Although Lori quickly dropped out of the sport, Yamaguchi’s love of ice skating kept growing. She started competing in junior high, and in 1986 she won the junior pairs title at the U.S. championships with her partner, Rudy Galindo.

Two years later they took home the same honor at the World Junior Championships, and Yamaguchi also won the singles event. Yamaguchi and Galindo won the senior pairs title at the U.S. championships in 1989 and 1990.

In 1991, Yamaguchi moved to Alberta, Canada, to train with Christy Ness, and focused exclusively on her singles skating. She won the World Championships that year, and went on to win a gold medal in the 1992 Winter Olympics in Albertville, France.

She was a Goodwill Ambassador at the 2002 Olympic Winter Games in Salt Lake City, Utah, and in 2005 she was inducted into the U.S. Olympic Hall of Fame.

After conquering the ice, Yamaguchi turned to the screen. In 1993 she made a fitness video titled Hip to Be Fit: The California Raisins and Kristi Yamaguchi.

She went on to act in the PBS series Freedom: A History of Us, and has played herself in the sitcom Everybody Loves Raymond, the film D2: The Mighty Ducks, the TV special Frosted Pink and the Disney Channel movie Go Figure.

In 1996 Yamaguchi founded the Always Dream Foundation, a nonprofit organization that serves underprivileged, disabled and at-risk youth. Yamaguchi is also an author. In 1997 she penned Figure Skating for Dummies.

She has also published three books for kids: Always Dream, in which she shares her own story to inspire preteens; and two storybooks, Dream Big, Little Pig! in 2011 and It’s a Big World, Little Pig! in 2012. She also contributed to Chicken Soup for the Soul: True Love: 101 Heartwarming and Humorous Stories about Dating, Romance, Love, and Marriage.

In 2009 Yamaguchi appeared in the sixth season of the reality TV show Dancing with the Stars. She and her partner, Mark Ballas, won with the highest score in this history of the show.

In 2000, Yamaguchi married Bret Hedican, a hockey player she met at the Olympic Games in 1992. They have two daughters, Keara and Emma, and divide their time between the San Francisco Bay area; Raleigh, North Carolina; and Minnesota.